This page of The Witcher 3 Wild Hunt has key information regarding exploration. You can learn, e.g. what places you can visit, how to travel around the maps and use fast travel, what are the main types of markers, or read about the witcher senses.

Main areas in The Witcher 3 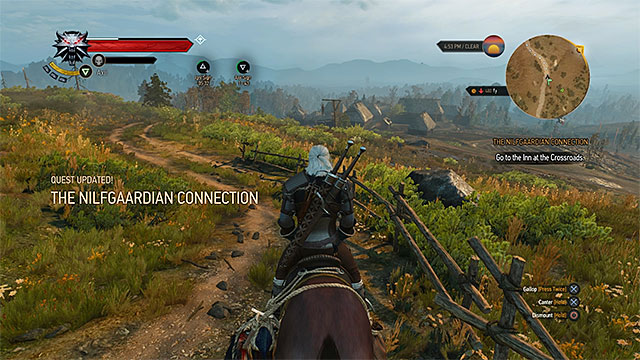 The world in Witcher 3 isn't a single large map like in Skyrim. Instead, it has been divided into few smaller parts between which Geralt can travel. At first those journeys will have some limitations described below, but later in the game it will be possible to freely travel without the need to spend gold on it.

After completing the prologue in Kaer Morhen, the main character goes to the White Orchard. Until you advance enough in the main storyline, you can't leave that location. This limitation is removed later in the game, when you can travel to and from White Orchard with no trouble.

Another main part of the game world (definitely the largest one) are Northern Kingdoms consisting of Velen and Novigrad. Geralt can visit them for the first time after completing the main quests in White Orchard and in the Royal Palace in Vizima. It's worth mentioning that although the game allows you to freely travel through the whole Northerm Kingdoms, some regions of the map are occupied by very strong monsters that can quickly kill Geralt. Thus, it is wise to start with the simplest territories surrounding the Inn by the Crossroads or Crow's Perch and gradually travel to more far away territories.

Skellige Islands is the last of the main maps to be unlocked. If you want to go there, you must find and pay 1000 crowns to the ship's captain in Novigrad for transporting Geralt to the islands. For a beginning character that hasn't completed many quests and found expensive treasures yet, it's a massive expense. Additionally, there are many strong monsters and hard quests there, so you shouldn't travel there before you explore most of Velen and Novigrad. Suggested character level for Skellige Islands is at least 15. 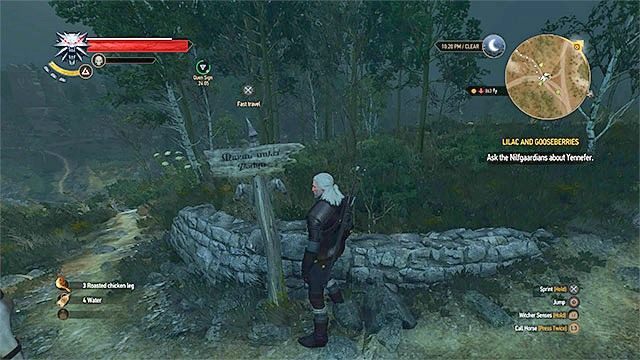 Try to uncover new signposts whenever you have the chance

You can travel between parts of the game world mentioned above by opening the main map and selecting the territory to which you want to go. After you reach selected region, you don't have to journey through it on your foot. There is a quick travel mechanism available in Witcher 3. It's available at any moment of the game - Geralt can travel only between signposts marked with green icons on the map.

Signposts AREN'T visible on the map since the very beginning of the game. Despite few exceptions, you will have to find them on your own. Of course, you can help yourself with the maps in our world atlas. If you prefer to find them on your own, then look mostly at crossroads and in all villages, cities and unique locations visible on the map. Most of them have their own signpost.

After unlocking the "signpost network", you can travel between them. However, you can't activate the quick travel option in any place of the game world. You must reach one of the previously found signposts and only after interacting with it can you choose another one. 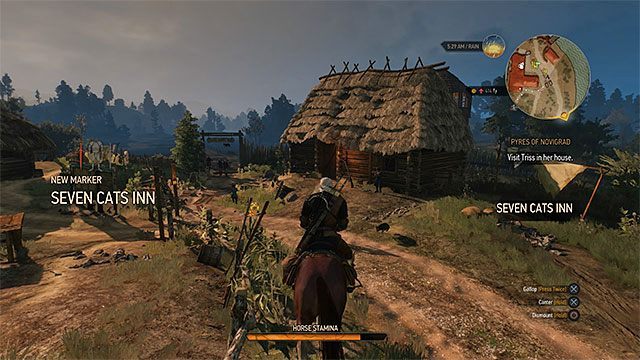 The game will inform you whenever you find some new location

In addition to the previously mentioned signposts, there are other markers on the world map as well. Those include: 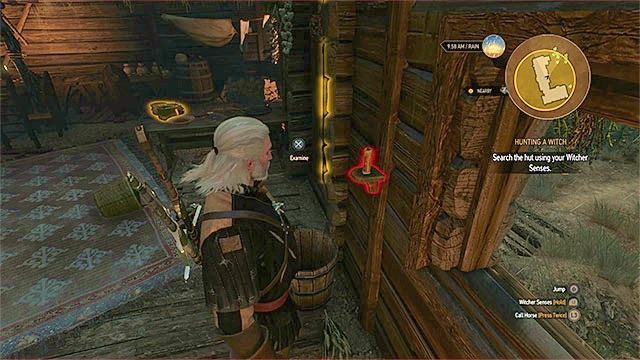 Another important matter related to world exploring is the ability to freely use witcher senses. They work similarly to the detective mode in Batman games or scanning in Dragon Age: Inquisition. Each newly visited location should be checked with witcher senses.

They can make it much easier to find interactive chests and other containers with treasures. All these interactive objects are marked with yellow color, although they are highlighted only after Geralt gets very close to them.

Witcher senses are also useful when searching for tracks in some quests. In that case, potential clues are marked with red color. Some of them Geralt can examine, others (like footprints, sounds disruptions or smell tracks) are used only for guiding the witcher to some important places.

You can use witcher senses with no limits - they don't use mana, stamina, or any other resource.