On this page of our guide The Resident Evil 3 Remake you can find a detailed walkthrough of Spencer Memorial Hospital (while playing as Jill. You won't regain control of the heroine until Carlos brings her the vaccine and protects her from the zombie horde. Jill may find a powerful Magnum gun before she goes any further. 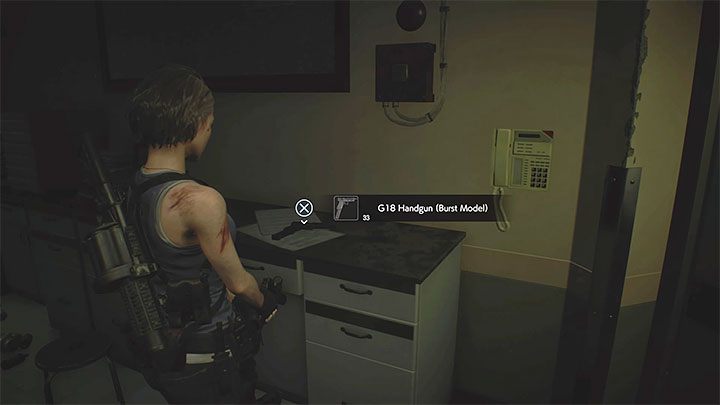 You start in the Makeshift Sickroom, the same one where Jill was lying on the bed waiting for the vaccine. A new firearm lies on the table - the G18 Handgun Burst Model. Its unique feature is that it fires a series of 3 rounds. You can decide which weapon you want to use - the G19 is better if lack pistol ammo, and the G18 if you have a lot of ammo in your storage.

Head to the underground facility 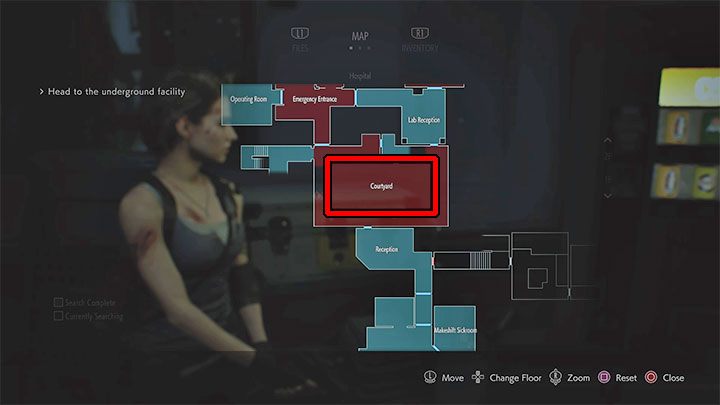 When you enter the Lobby, Jill will talk to Tyrell. Then, you can once again move around the hospital. Remember that Jill has a Lock Pick - it will allow you to open all objects secured with padlocks that were discovered while playing as Carlos.

Jill can also find the Magnum handgun that was unavailable to Carlos. To acquire this weapon, head towards the Courtyard shown in the picture above. Walk through the Courtyard on the ground floor and take the west staircase to reach upper floor of the hospital (2F). 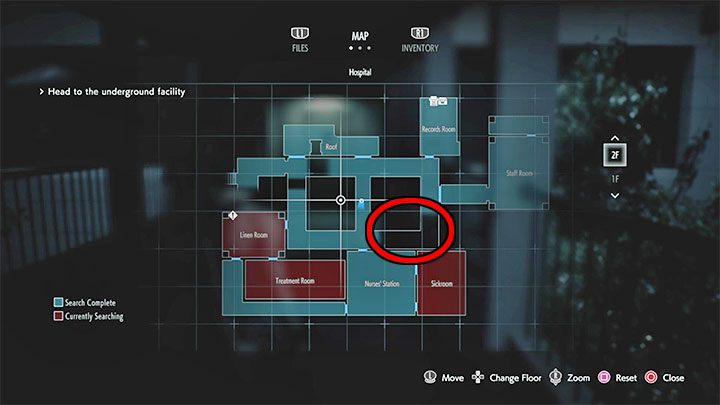 Get interested in the southwest corner of the courtyard highlighted in the picture. 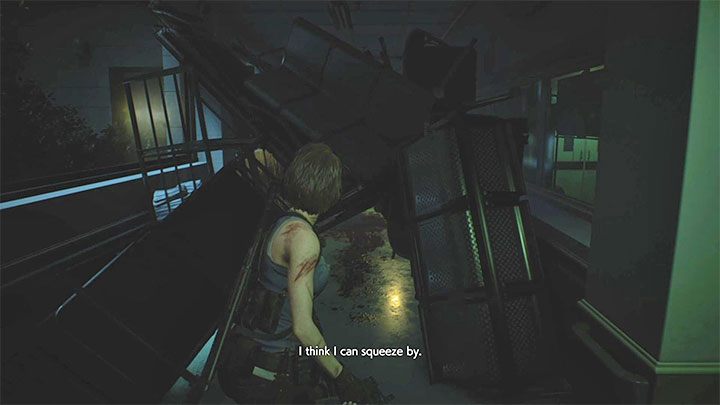 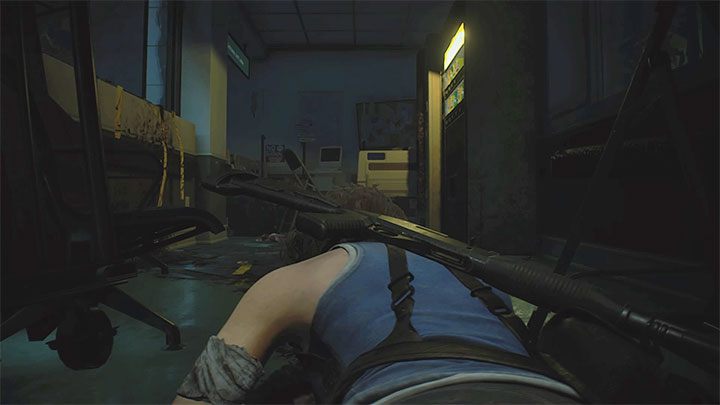 Reach the collapsed passage. Jill can crawl through here. 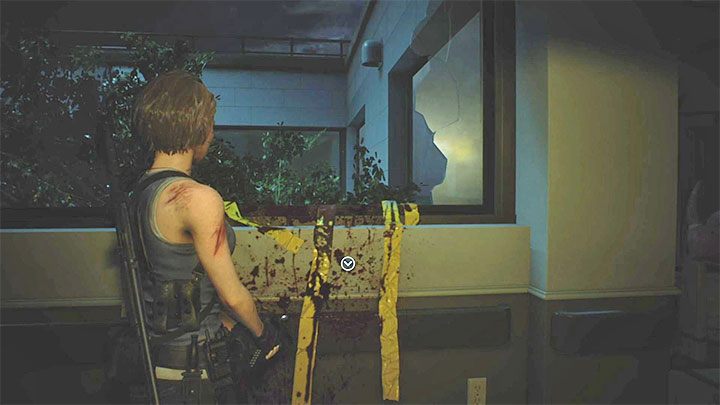 Crawl through the passageway and reach a place where you can jump over the railing - this area was inaccessible to Carlos. 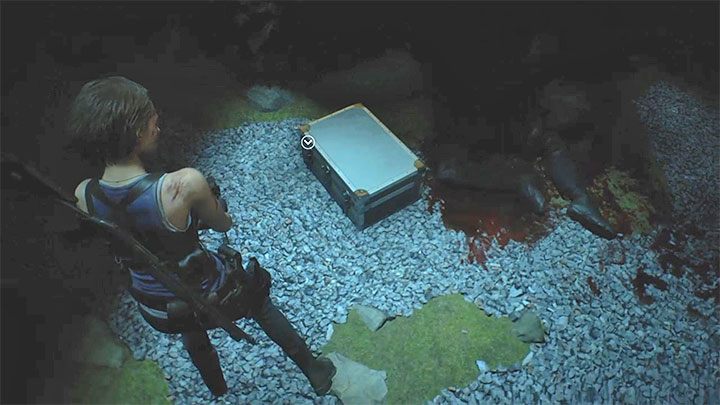 After landing on the lower level of the courtyard, you simply have to locate the Magnum .44 AE Lightning Hawk gun box.

If possible, do not use the magnum to attack ordinary monsters. It is difficult to get ammunition for this weapon and the magnum will be most useful for killing Hunters and for attacking Nemesis in one of the later obligatory duels with the boss. 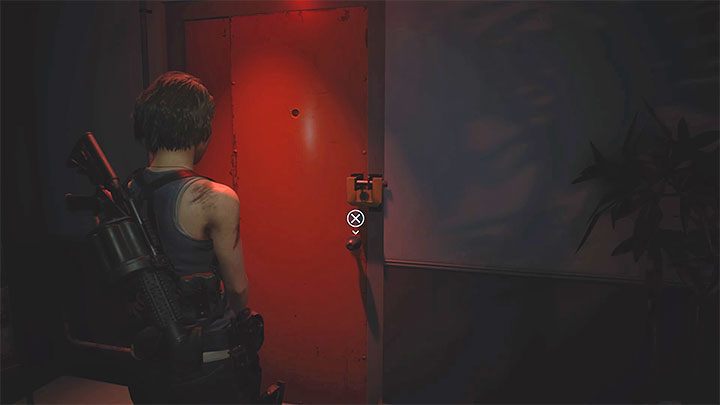 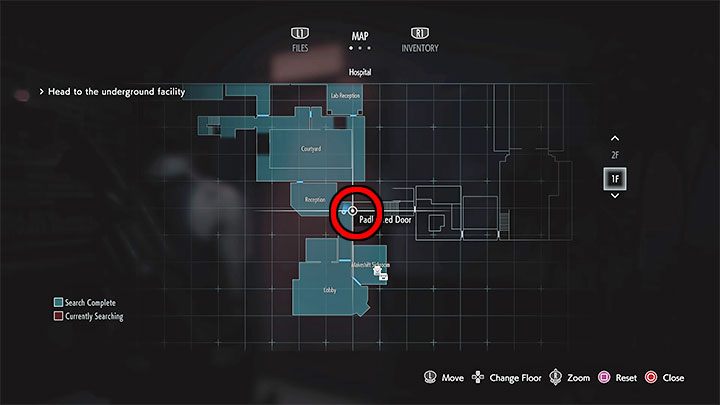 To continue the main story, reach the padlocked door north of the Lobby. Use the lock pick to open them and head east.

You won't encounter any zombies on the way. You'll reach a large hall with parked vehicles. Go to the large elevator and pull the lever. You will be transported to the Underground Storage bunker.