On this page of the Disco Elysium guide, you will find a walkthrough for The Jam Mystery side quest.

The goal in The Jam Mystery quest in Disco Elysium is to find out who is smuggling the raw ingredients for drug production from Terminal B to Jamrock. Joyce says any of the drivers who stopped at the intersection could be involved. 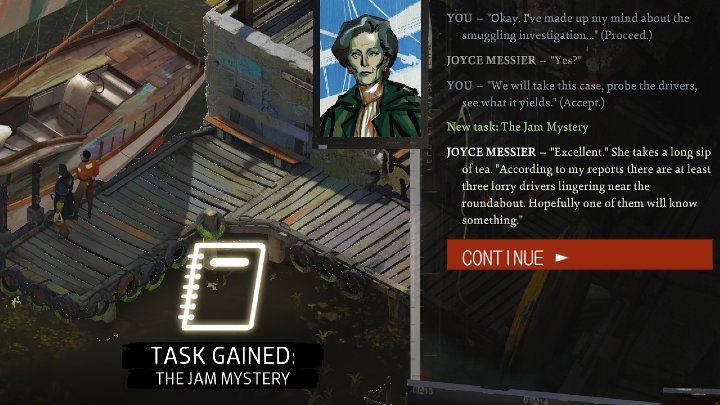 You will receive the task when you try to get information from Joyce about the murdered man. The woman will give you an answer, but only when you prove to her that you are from the police - show a badge (Track down your badge task) or investigate a drug smuggling case for her. 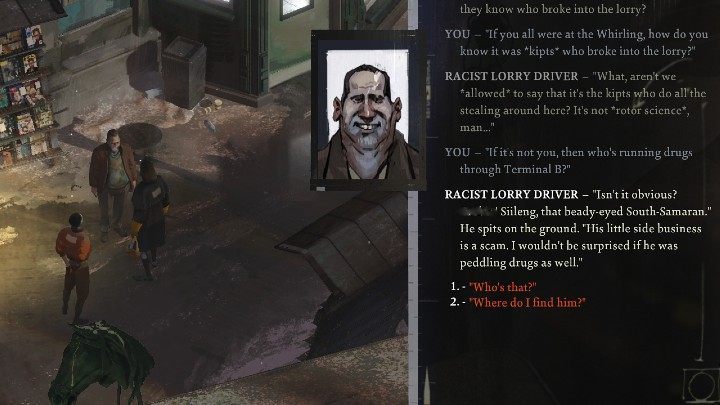 During this side task, you can talk to three drivers:

Tommy Le Homme and Paledriver won't be able to help, but the Racist Lory Driver will be much more talkative when you ask him who, according to him, has the drugs. The man will direct you to a trader named Siileng  you can meet him in front of the pawnshop. 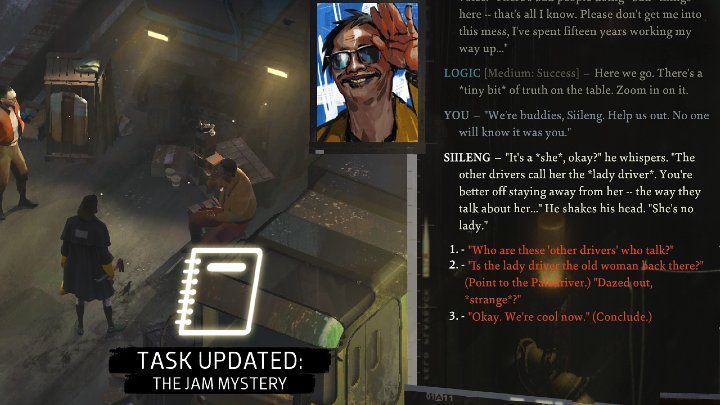 Keep putting pressure on the trader, and eventually, he will tell you that the driver you are looking for is a woman of very bad reputation. 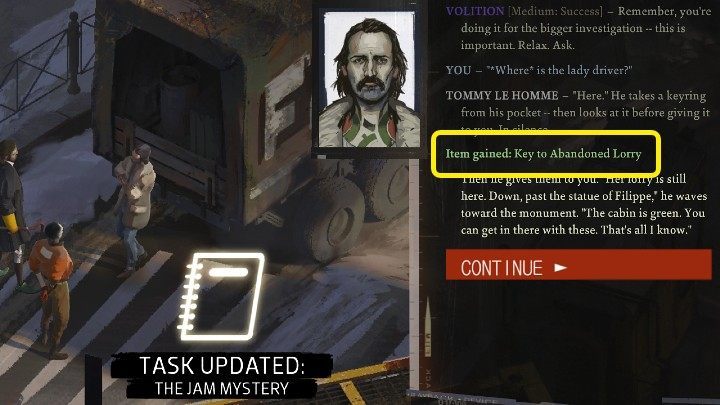 After getting this valuable information, go to a driver named Tommy and pressure him to reveal more information about the female driver. The man will eventually crack and hand you the Key to Abandoned Lorry and say where to look for her.

Alternatively, you can get the driver standing near Frittte's kiosk (Racist Lorry Driver) to tell you the location of the correct truck, but this requires passing a difficult Half Light skill check - you can make it easier by initiating the conversation as Kim. Moreover, you will also have to break into the truck  requires passing the Physical Instrument skill check. 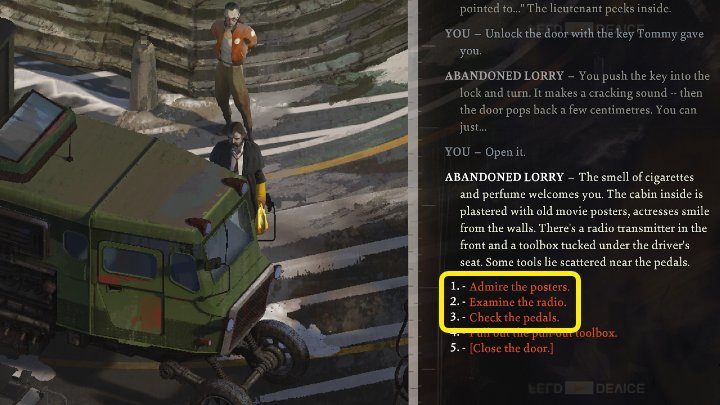 The green FALN truck stands right at the monument. Examine everything that is in the cabin  posters, radio, pedals. Optionally, you can also check the toolbox. 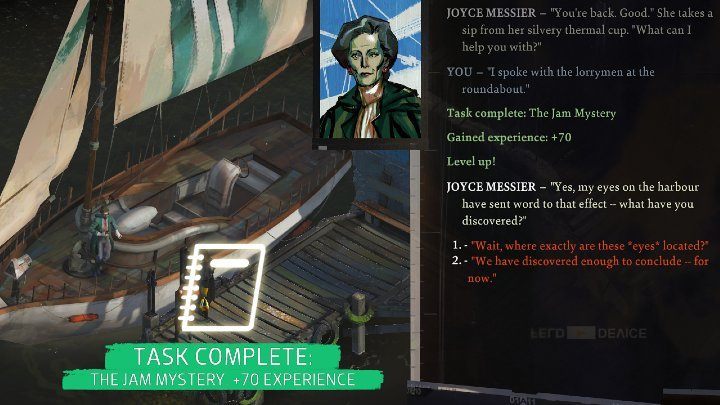 After examining the truck, talk to Kim about what you've been able to find out and then go back to Joyce. When filing the report, you can tell Joyce what you discovered or let Kim lead that conversation.