In Crash Bandicoot 4, you will fight several bosses. The fifth of these, you will find on the map of The Past Unmasked- you will see Cortex. On this page you will find a detailed description of the boss battle. 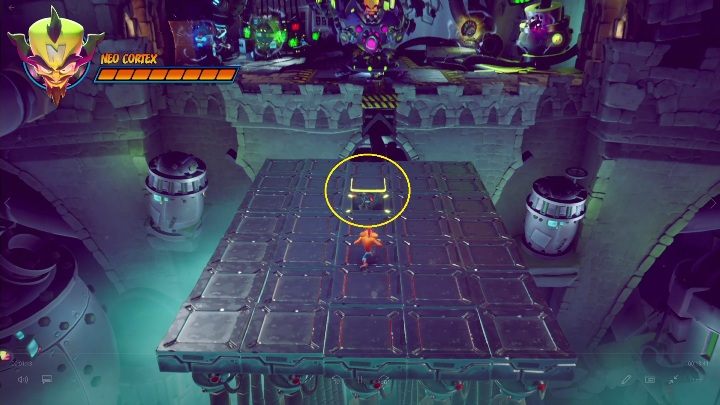 We'll start with something simple. For starters, you have to jump on the highlighted platforms and bounce off them so many times until they turn into regular ones. 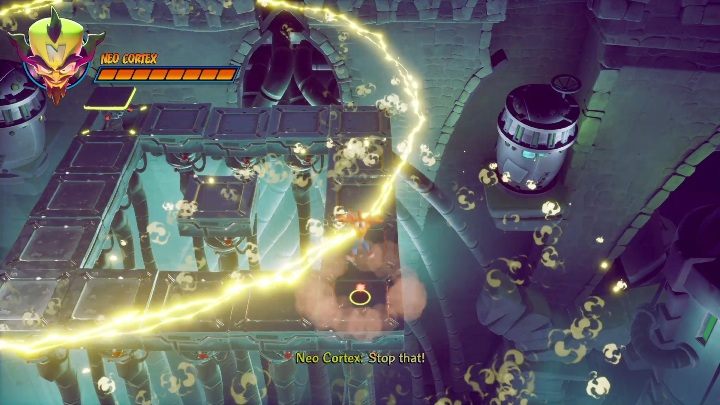 Do that with any special platform. Along the way, you'll notice falling pieces of terrain, be careful not to fall into a hole. 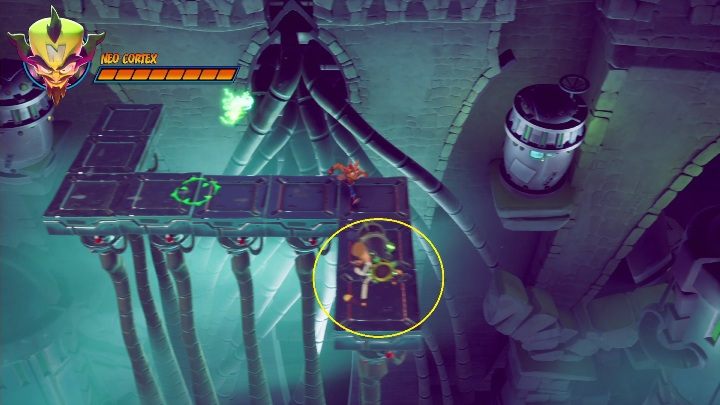 To complete the first phase you need to hit the opponent that appears on the map. Just run up to him and hit him, and he'll fly in the direction of the boss. 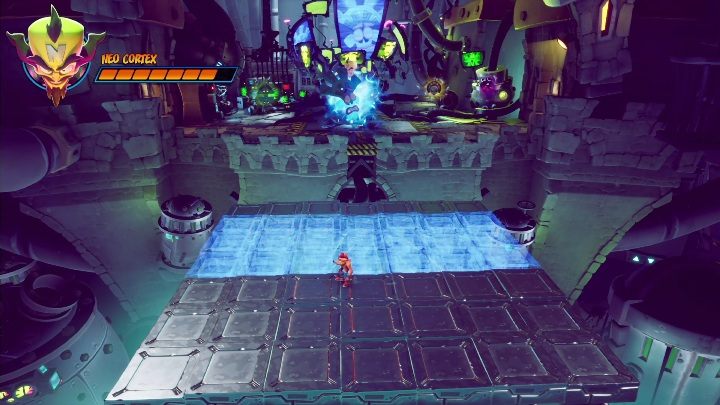 You will face Lani-Loli. Watch out for the disappearing platforms under your feet. 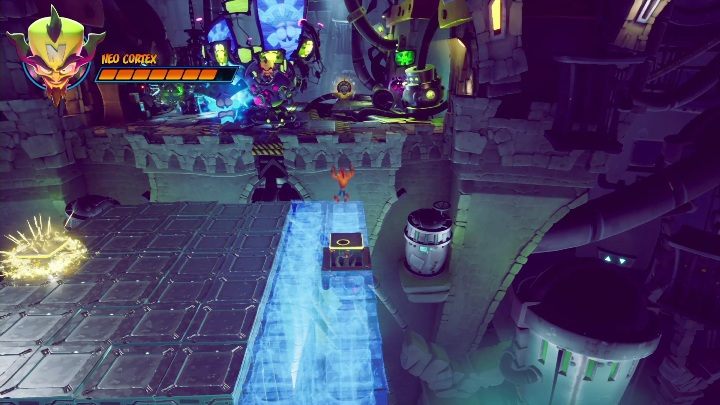 Jump on special platforms again and jump over them until they turn into regular ones. 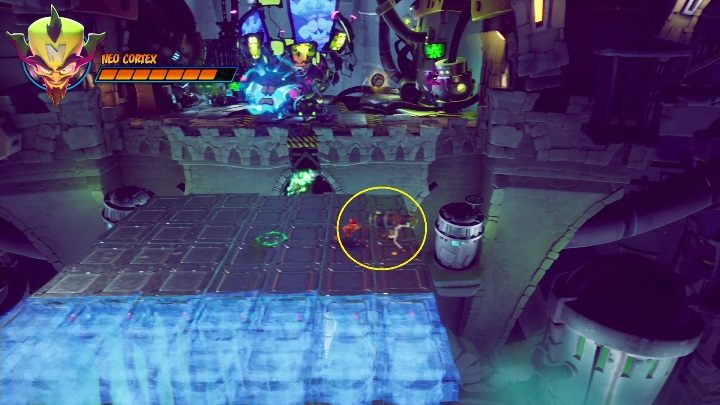 Then hit a new opponent to deprive the boss of another portion of health. 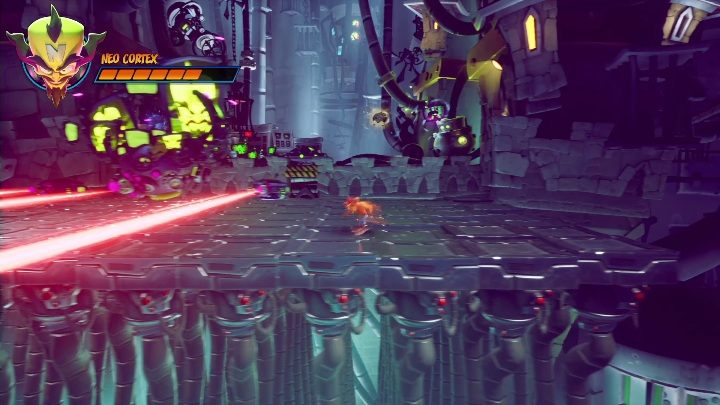 The lasers are quite simple - you need to jump above the red ones. 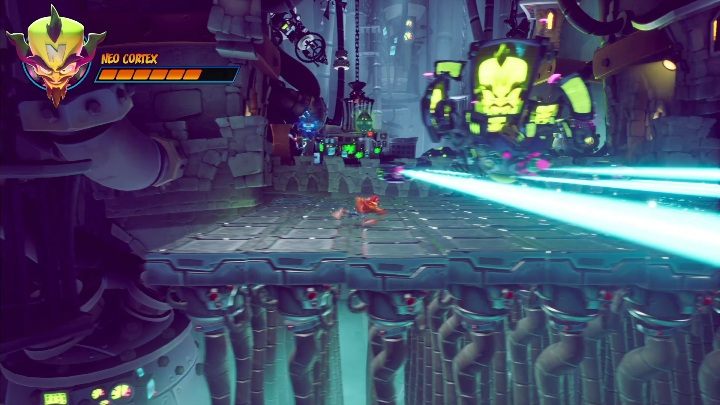 Under the blue ones, you need to squat or slide. 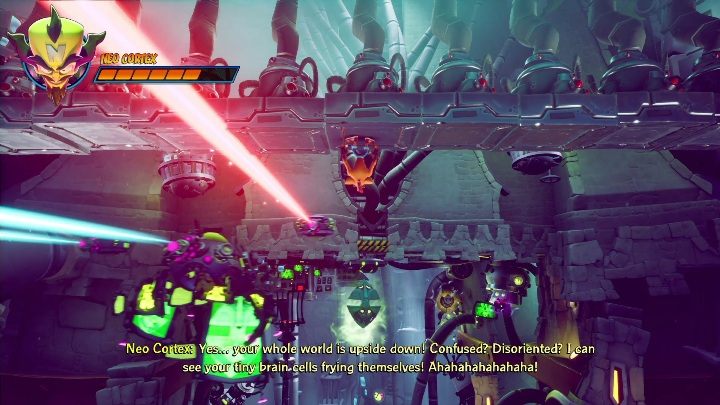 Now it's the same, but upside down. Remember, jump is red, slip is blue. 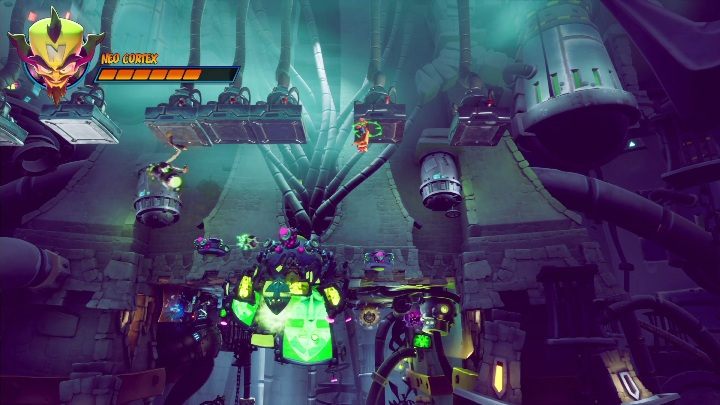 After passing the lasers, reach the opponent and kick him. This will end this stage. 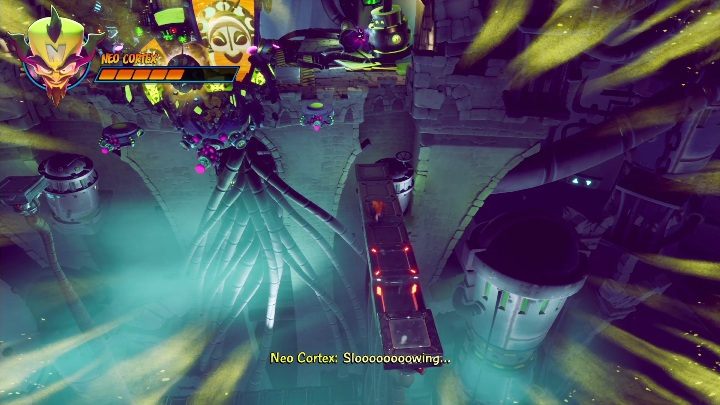 Time for a time-slowing mask. Platforms will disappear under your feet, you have to control them so you don't die. 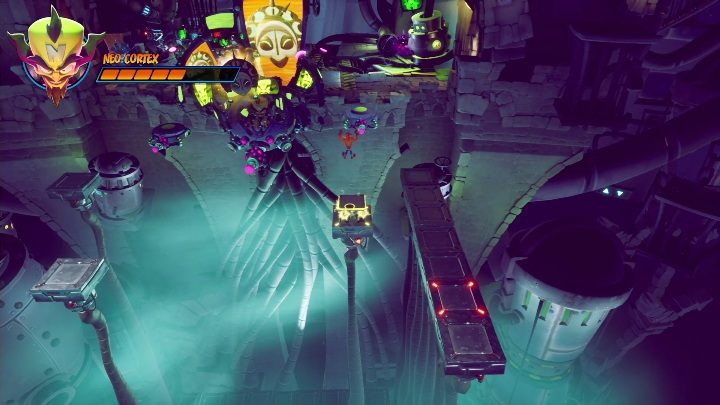 Again, get to your chosen platforms and complete them as you did in the earlier stages. 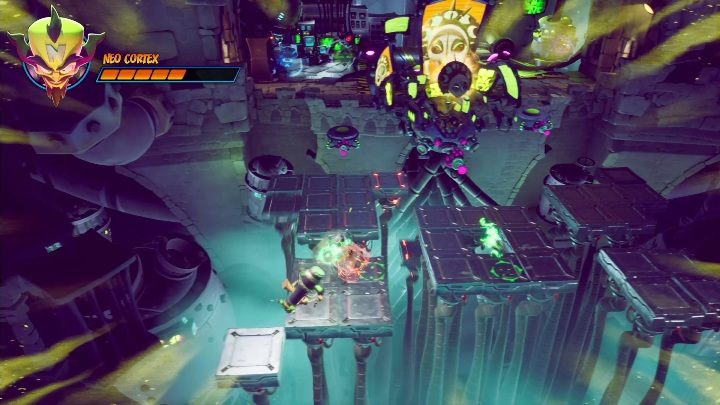 When you destroy all platforms, your eyes will be exposed to the opponent. Run up to it and hit the boss with it. 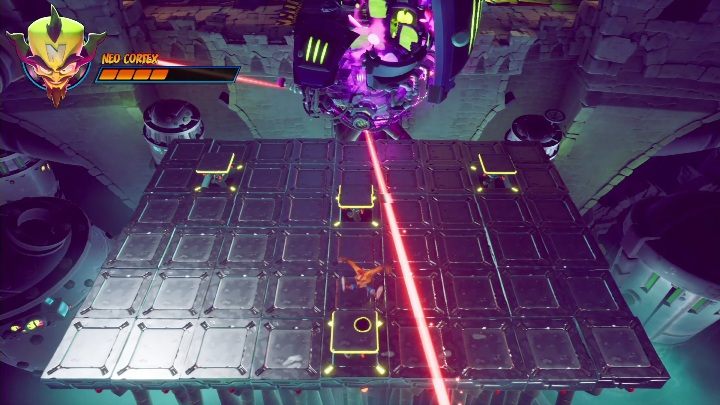 Let's connect the platforms to the lasers and we'll get the last stage of this boss. Avoid lasers by jumping over them, while moving to platforms so you can continue the game.

Don't be afraid, if you're standing on a platform the opponent can't hit you with a laser. 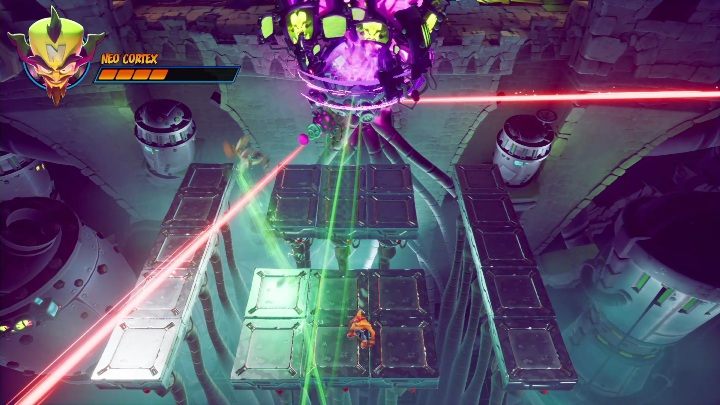 Ultimately, hit all the opponents that appear on the map. That way you will eventually get rid of the boss and finish the game successfully.