Home Cookin is the thirteenth map available in Crash Bandicoot 4. On this page, you will find information about all gems, chests, secret levels. It also contains a detailed walkthrough. 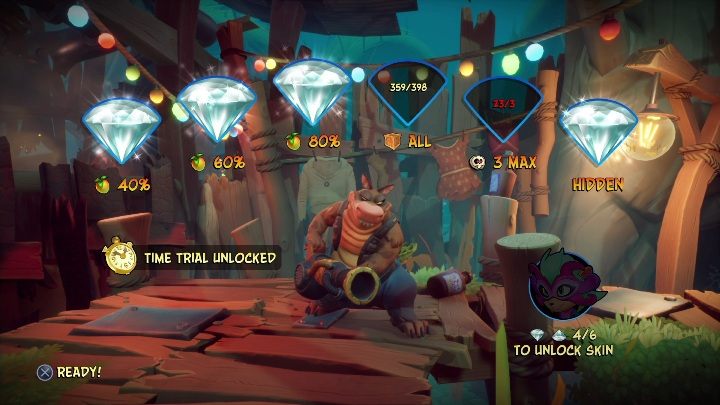 You can get six gems on this map. 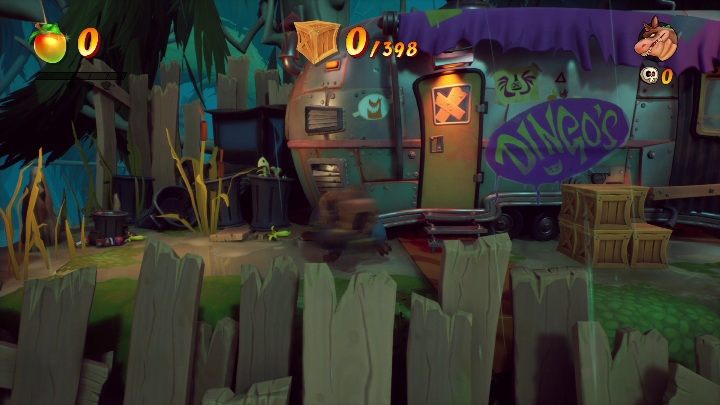 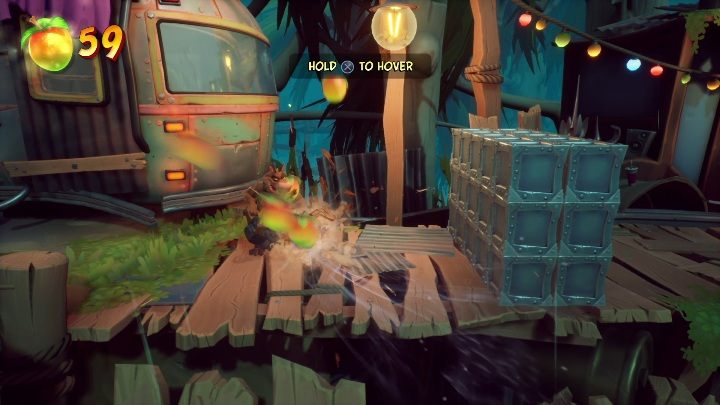 Let's start with the fact that on this level you play a different character than usual. 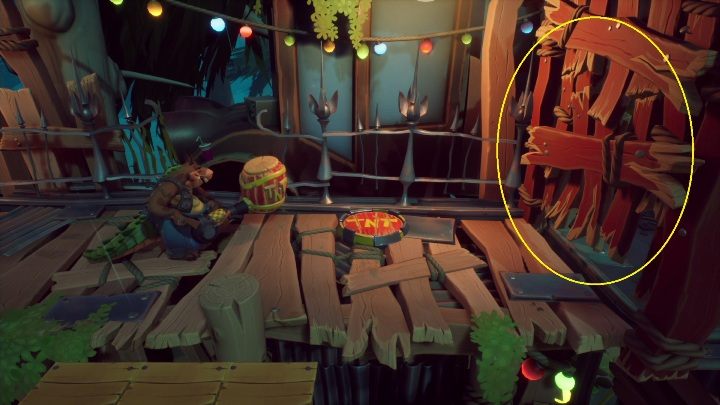 This character can pull TNT barrels and throw them at blocked passages. It will open up a lot of obstacles that can get in your way. 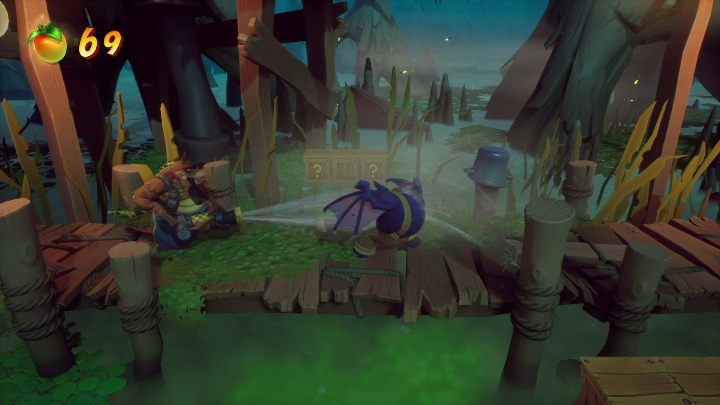 Remember that your weapon doesn't kill opponents. You have to hit them with your tail. 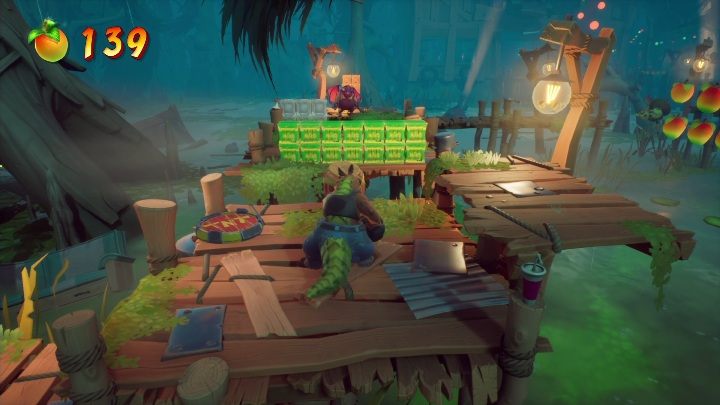 Use barrels of TNT to destroy Nitro. This way you will get rid of the traps waiting on your way. 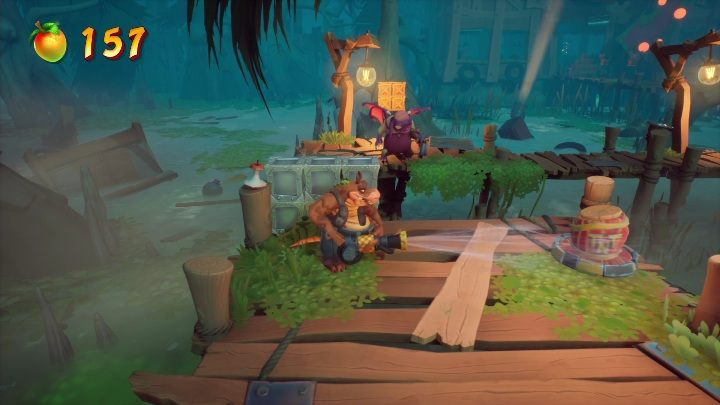 You can also destroy opponents using TNT barrels. This is a very useful feature, so you can get rid of a lot of enemies without risking your life. 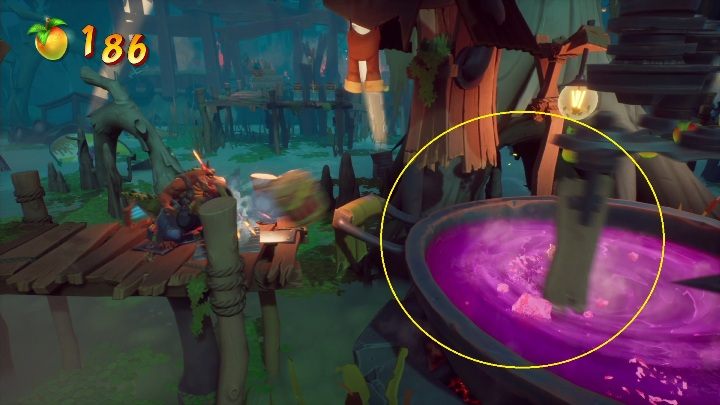 Using TNT barrels, you have to destroy machines that block your way. This way you will be able to move on. 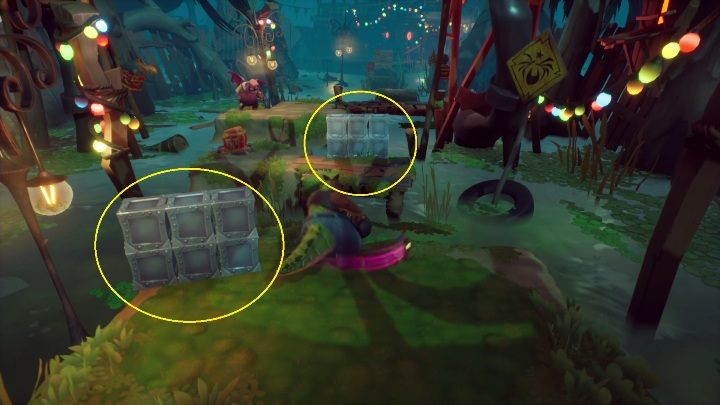 Going further, you'll find a sequence during which you can hide behind walls. That way, you'll avoid your opponent's attacks.

A similar sequence awaits you on the wooden part of the level. But you have to be careful there, as every enemy shot destroys your cover. 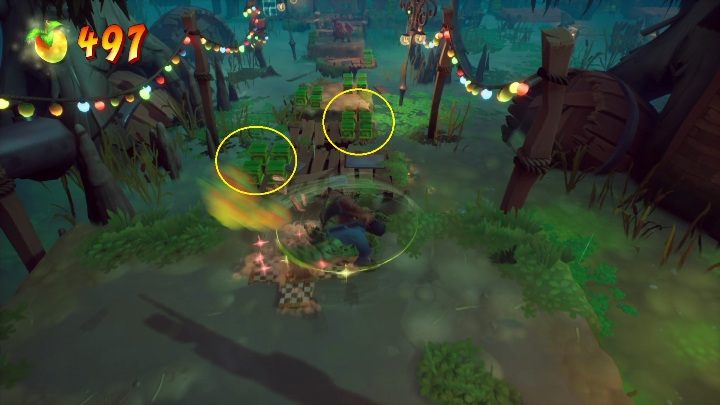 You'll have to make way through a path while avoiding nitro boxes; you have to be careful that they do not explode right in your face. Remember, if you step on them or pull them, they'll explode immediately. 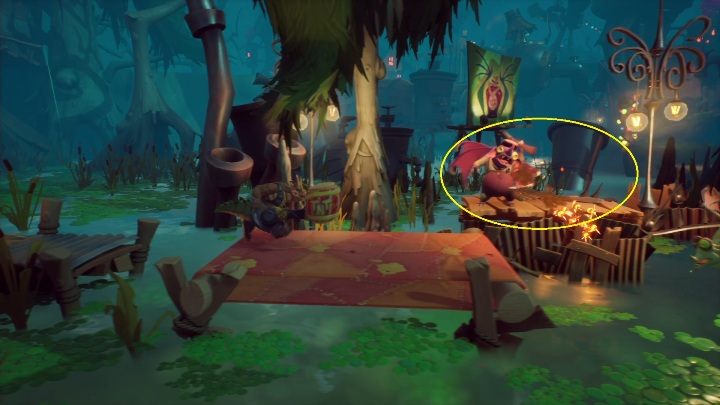 Another tiring sequence will be the road with the opponents. You just have to take a barrel of TNT and destroy your enemies. To make your task easier, travel not on the main road (moving platforms), but jump on the wooden elements used by your opponents. 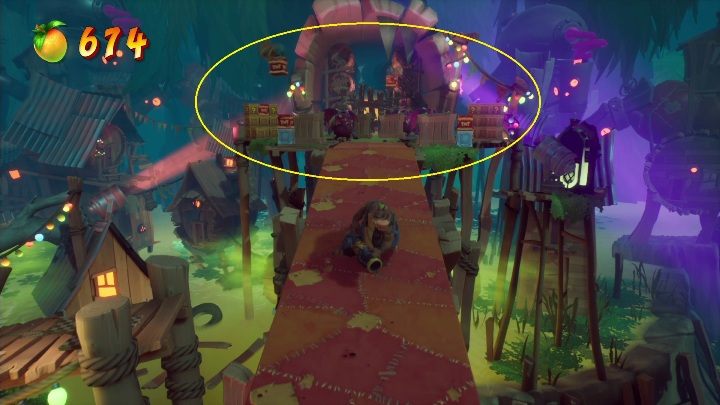 At the very end of the map, you'll encounter an interesting option. TNT boxes, opponents and a lot of exploding stuff is waiting for you. It is good to have a mask here, but if you don't have one, just eliminate the danger slowly and systematically. Grab one of the TNT barrels, jump to the right distance, then throw it straight at the target. That way, most of the threats will explode. 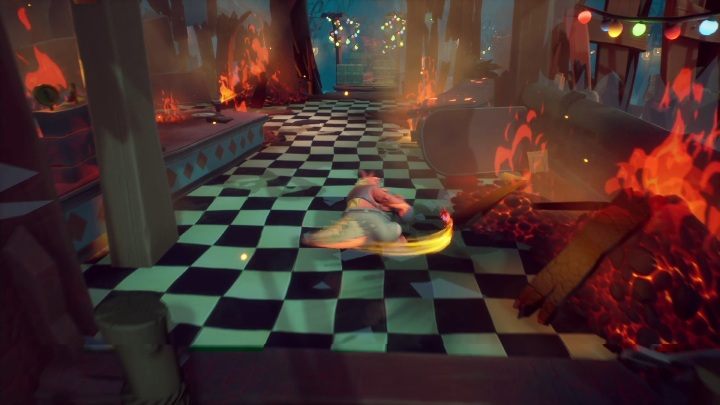 You'll find the hidden gem on the right side of the burnt restaurant. All you have to do is cross it and run along the wooden footbridge. 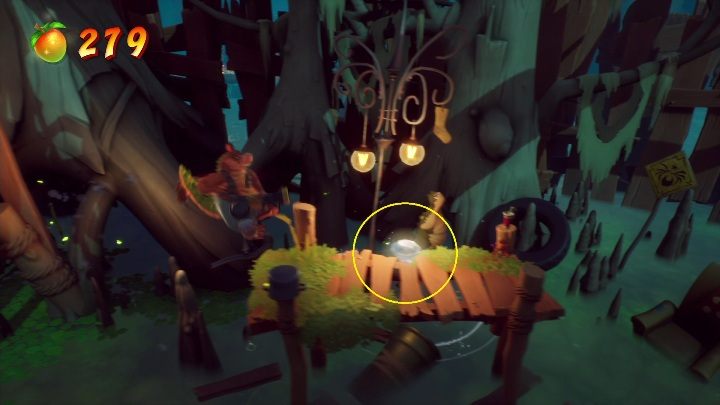 Your next task is to jump to the other side, where you will find the gem waiting for you. There are no enemies or anything that could get in your way.