Truck Stopped is a special level available in Crash Bandicoot 4. On this page, you will find information about all gems, chests, secret levels. It also contains a detailed walkthrough. 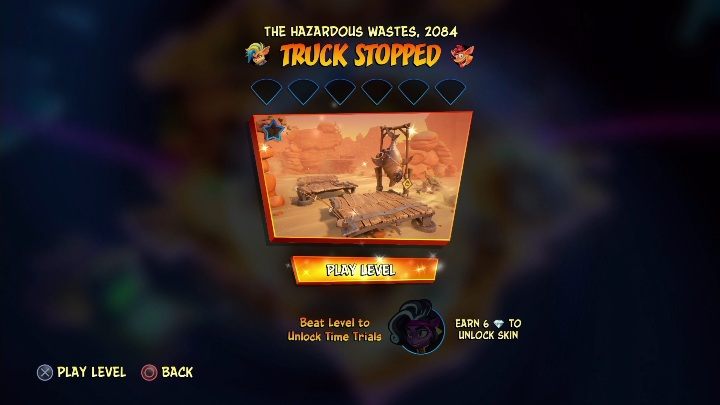 In order to unlock the Truck Stopped map, you must complete Hook, Line, and Sinker. 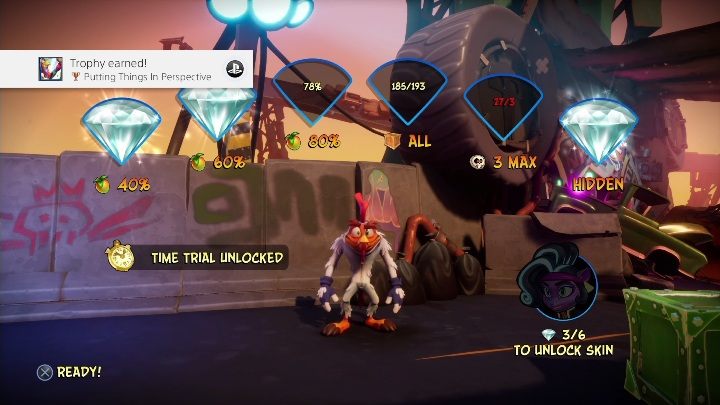 You can get six gems on the Truck Stopped map. 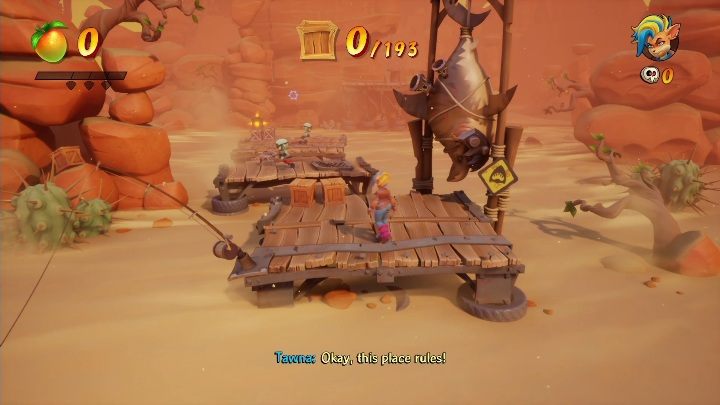 You can get 193 crates on the Truck Stopped map. 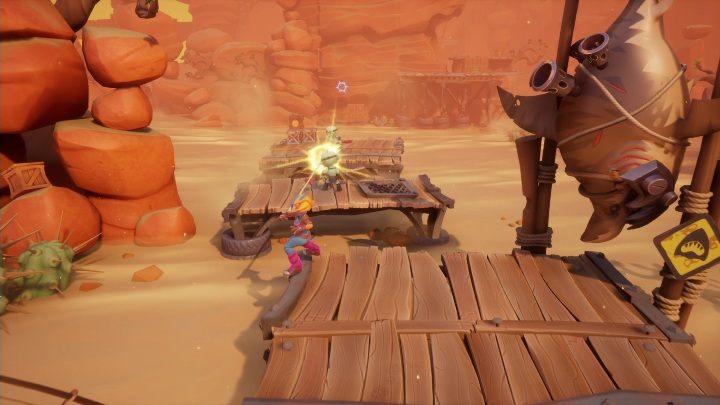 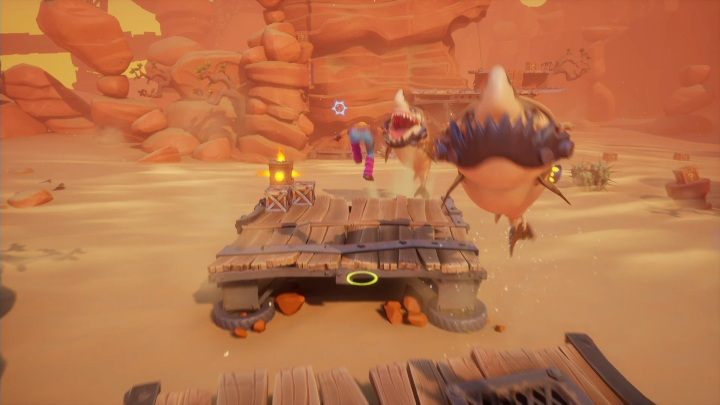 At the beginning, you'll see trained sharks, which synchronously jump out of the water. Pay attention to their movement, then jump over their heads while they are in the sand. 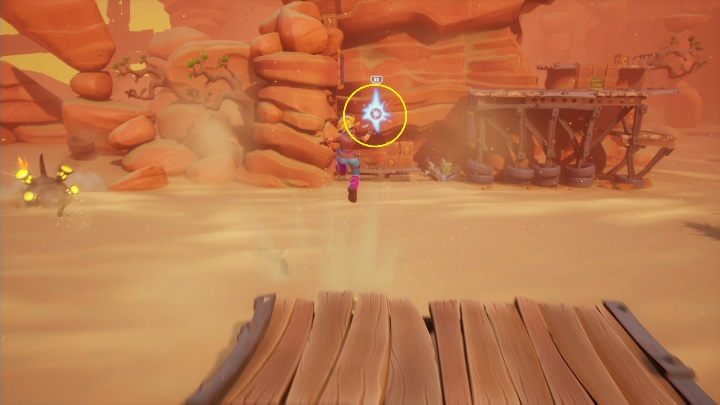 Use the hook to get to the other side. Remember to watch out for sharks. 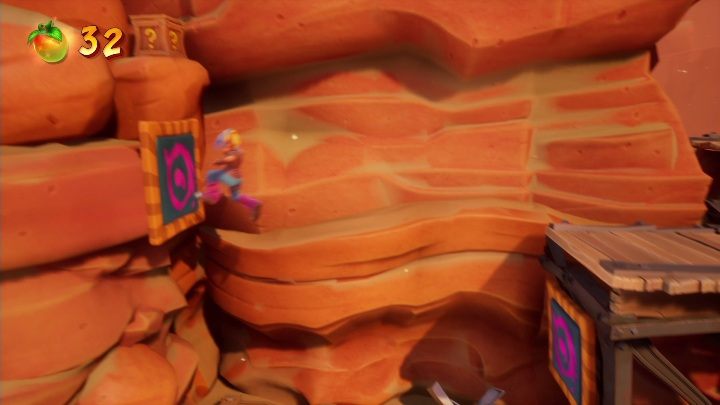 It's time to climb the wall. Just jump from right to left to get higher. 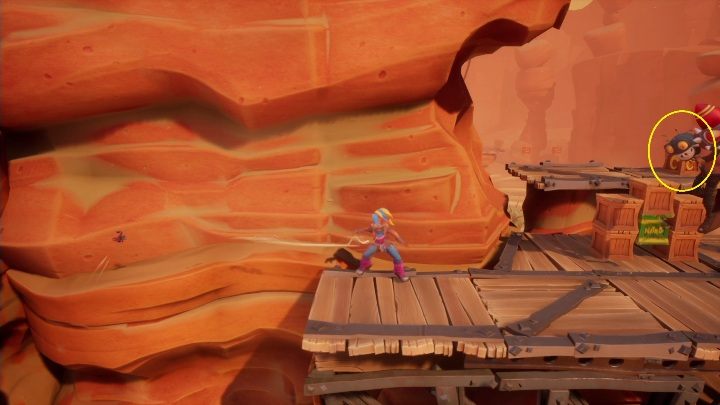 At the top, you will see a checkpoint protected by an opponent using explosives. Watch out for the bombs he throws. You can easily avoid them looking at the floor. If you don't see a red circle on the ground, you can safely stand on it. 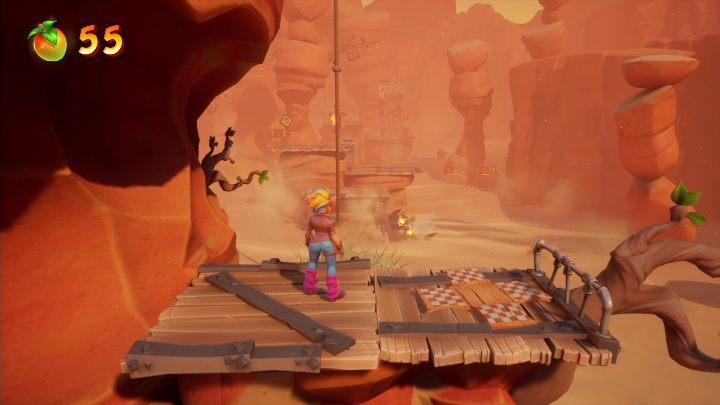 To get further you have to jump on a rope. Remember, you can move up and down on it to change your position. 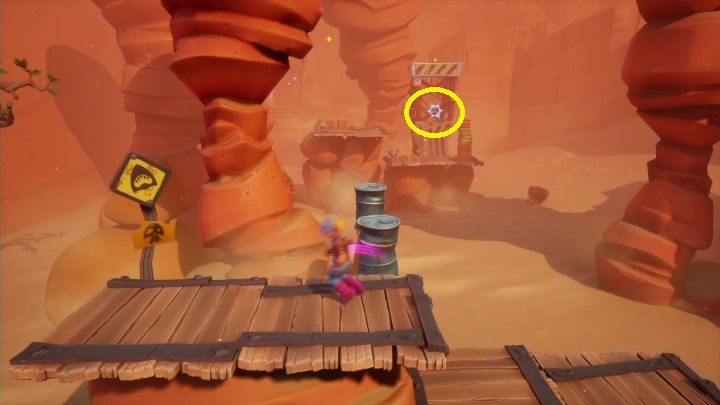 As you move on, you'll have to jump over the barrels and catch a point marked on the screen above with the hook. 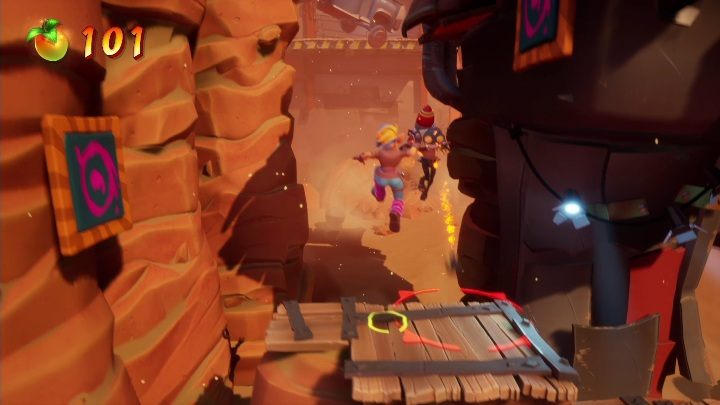 On the other side, you'll find a bomb-using opponent and a wall to climb. You can skip the fight and jump straight into the wall - he can't hurt you in the air. 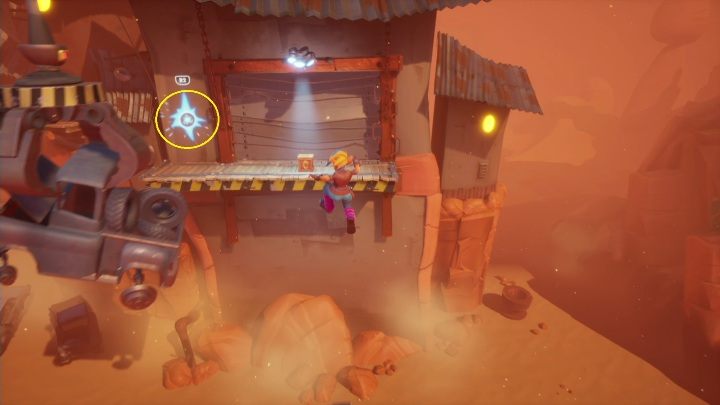 Again, you have to use the hook to get to the other side of the map. There's a checkpoint waiting for you, which will open the passage. 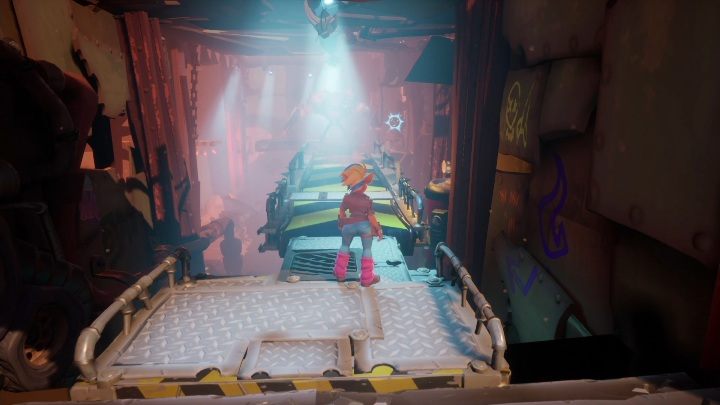 Next is a stage with moving platforms and burners. Be careful moving your character to avoid falling into the abyss or getting burned. 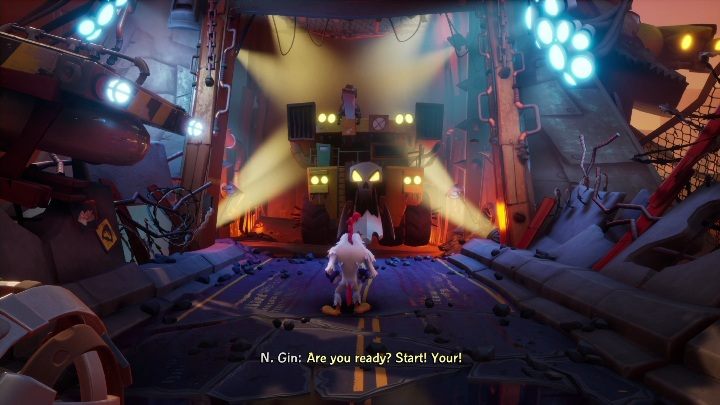 It's time for the familiar part - the escape. You have to run forward and avoid obstacles. If you touch the wires, the character will slow down, and your opponent will be able to catch you.

The hidden gem can be found on a wooden platform next to the crane. Jump on the planks on the right, just before the entrance to the closed part of the map. 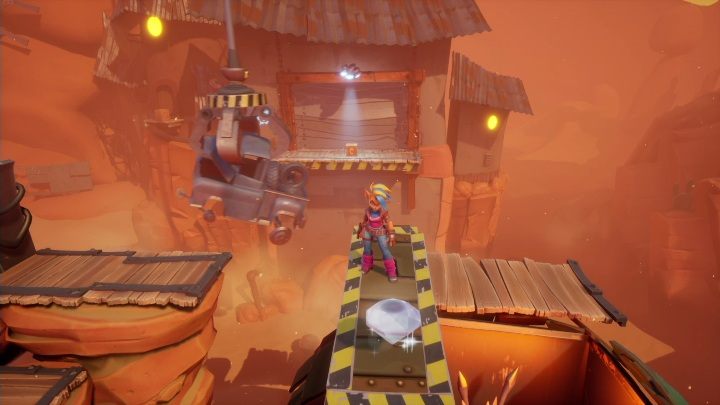 When you get to the top, you have to jump on the platform on the left. There's a gem waiting for you up there. As soon as you reach it, it'll be in your equipment.