Rude Awakening is the first level in the Crash Bandicoot 4. On this page, you will find information about all gems, chests, secret levels. It also contains a detailed walkthrough. 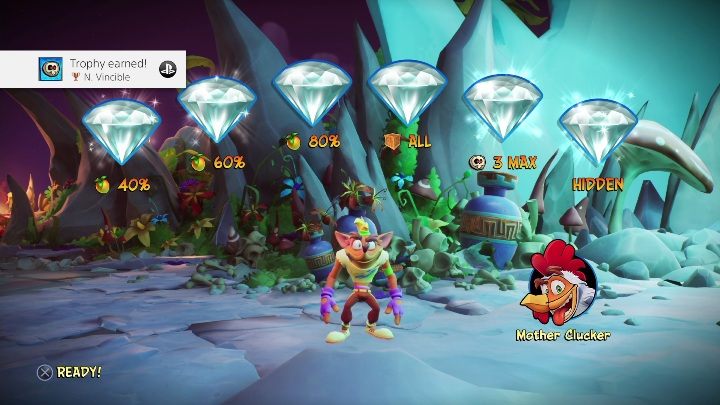 You can get six gems on the map. They'll help you unlock the Mother Clucker skin. 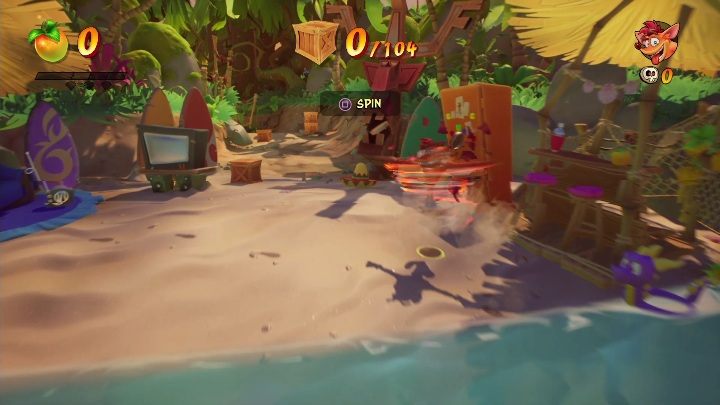 There are 104 boxes on the Rude Awakening level. 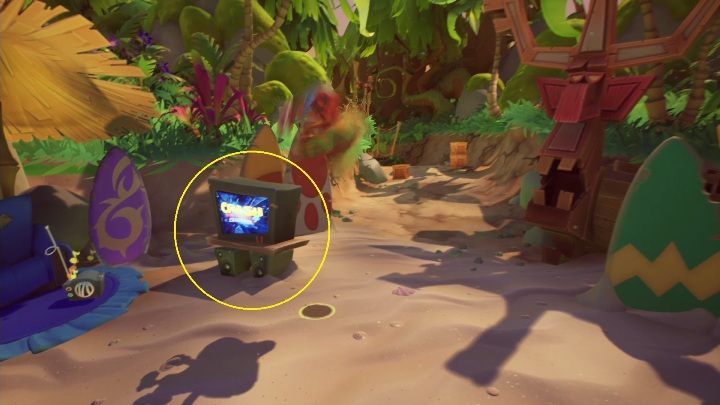 At the beginning, you can score your first achievement. All you have to do is hit the TV on the left side of the level a couple of times. There's a couch right next to it, so it's easy to spot.

Graphics from earlier games will be displayed on the screen. If you hit the screen four times you will get an achievement - Channel Surfer. 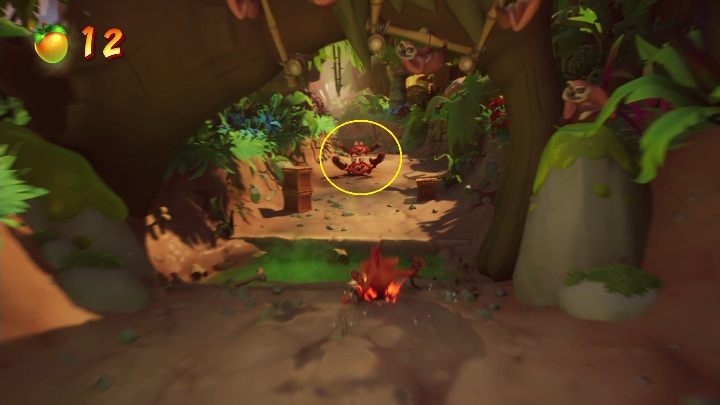 This map is a tutorial on which you will learn basic mechanics. But let's start with jumping and eliminating opponents. All you have to do is attack the first crab using a spin. That way, the body of the first crab will hit the second, and you'll get rid of them both at once. 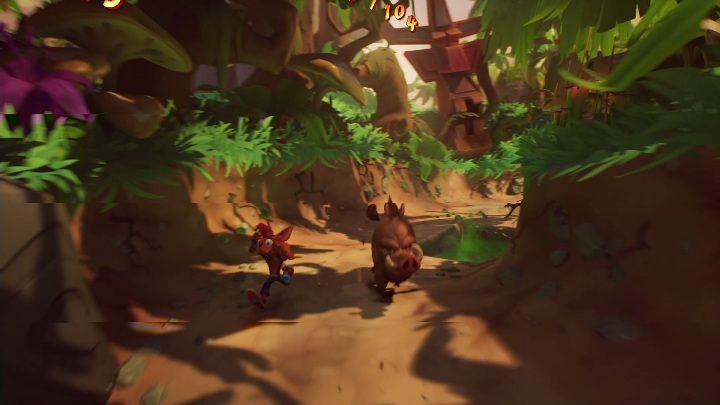 A little further, you'll encounter another opponent. A boar will jump at you from around the corner. You have to attack him or he won't leave you alone. 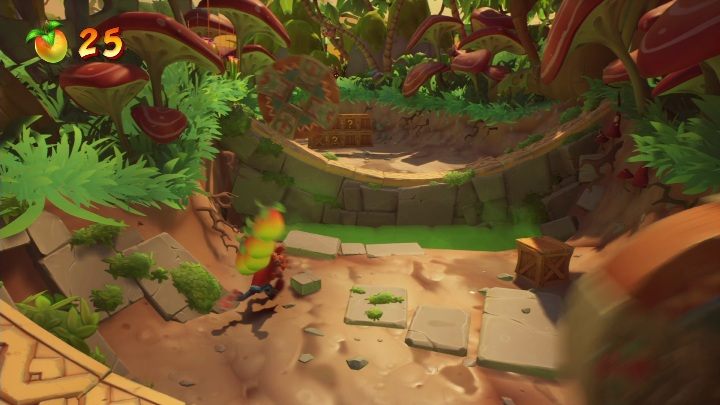 As you move on, you'll find wheels that will try to kill you. You have to jump at the right moment so that you don't get hurt. If the wheel hits you, you will immediately move to the beginning of the level. 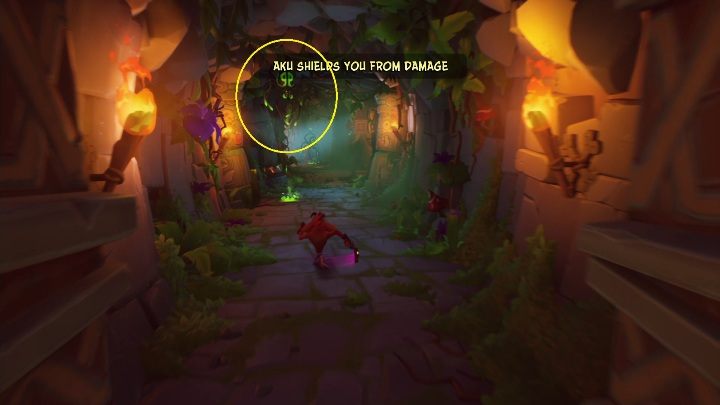 At some point, you'll find yourself in a temple with poisonous spiders. They're hanging from the ceiling and are waiting for you. If you get in their way, they'll attack you and you'll lose your life. 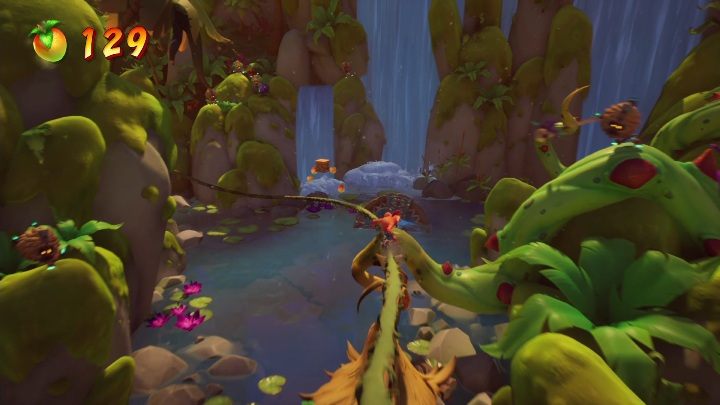 When you go outside, you have to slide down the vines. Your job is just to jump to boxes or fruits. You don't have to worry about the character's movement. You can't fall from vines or get damage in any way. 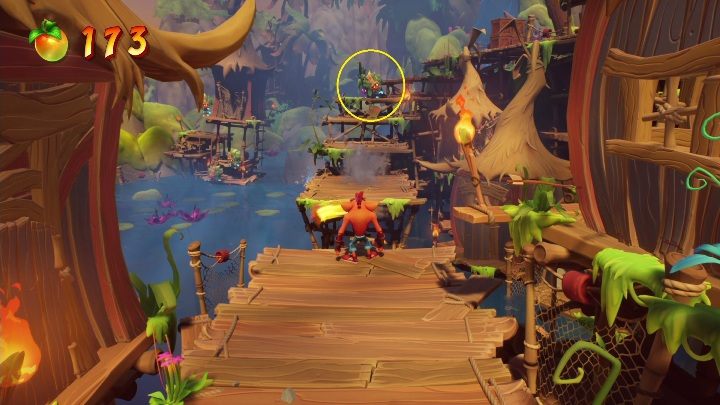 You'll come across opponents throwing things at you. You have to watch out because every attack will take your life. If you see them in your path, wait until they get rid of their ammunition, then attack as they reload. 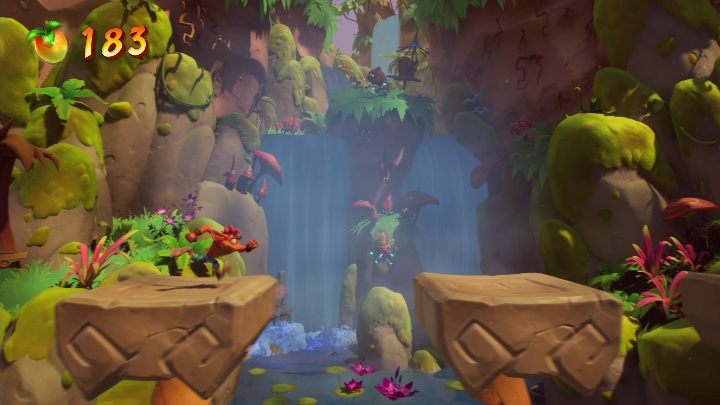 The stone platforms, on which you're going to land, are very dangerous. They will start moving under your legs and then fall into the abyss. You have to be quick to avoid losing your life. 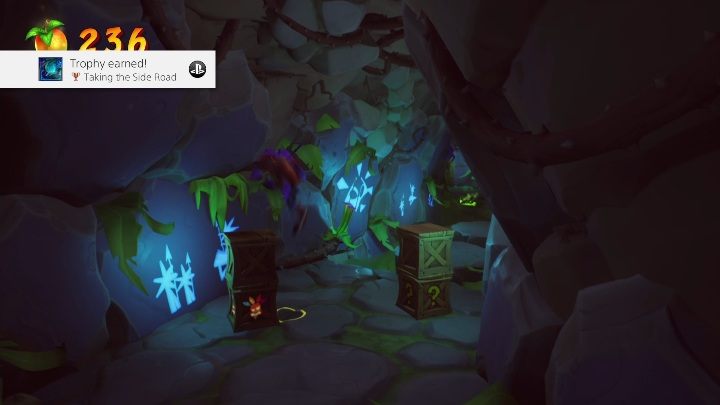 After that, you will go to the next part of the stone temple. You can get to the bonus level from there and get a mask. This part isn't long. All you have to do is get past the spiders and jump over a few pits, and get out. 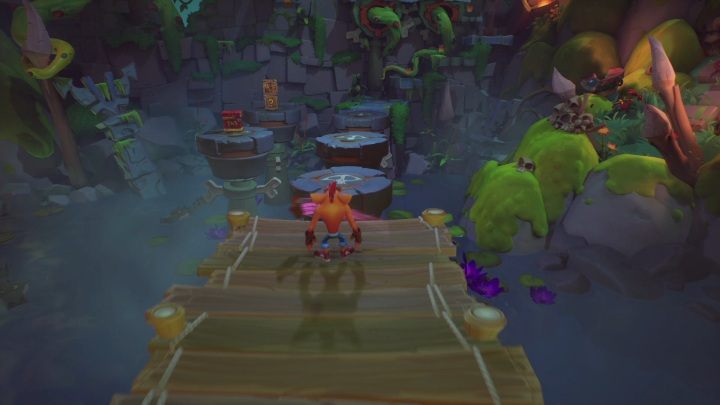 It's almost over. You'll find yourself on platforms with a skull. As you might expect, it means troubles. As soon as you jump on them, they will start to fall apart. Just jump as fast as you can to the other side, so you don't lose your life. 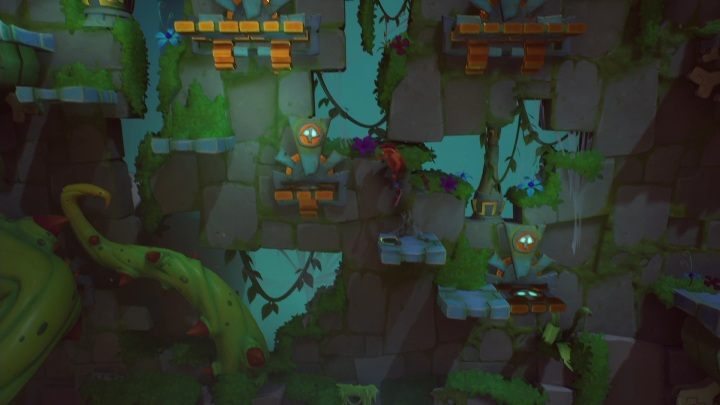 The end of the map is at the top. All you have to do is jump on the platforms and run to the finish line. However, you have to be careful because some of them move at a certain time. Wait until you're sure the platform won't disappear under your feet. 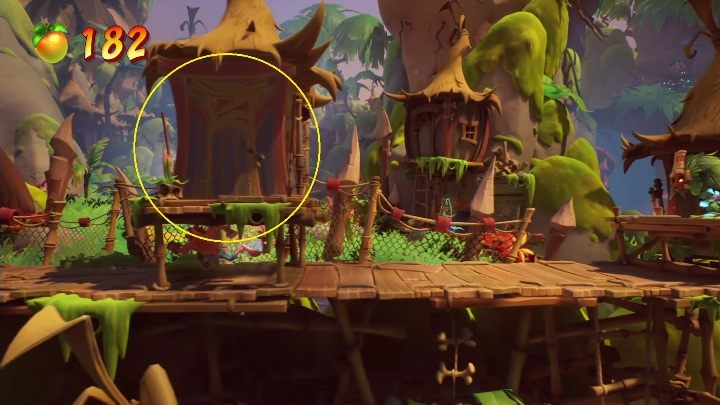 You'll find a hidden gem in a wooden cabin. It's built on poles. You find it right after the vines.

To obtain the gem, you have to get under a wooden structure and jump up. That's how the gem gets into your gear. 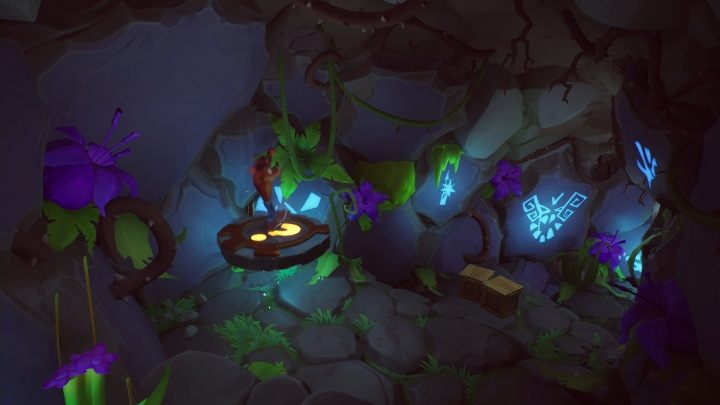 The entrance to the secret level can be found when you reach the second part of the stone temple. It's located by the entrance, on the left, and it's easy to spot. 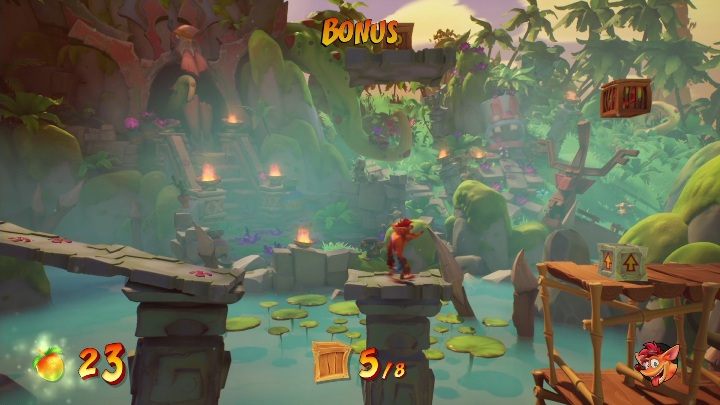 The bonus level on the Rude Awakening map is one of the easier stages in the game. You only need to get eight boxes and then return to the surface.