Gamepressure's Black Mirror: Bandersnatch guide offers a complete walkthrough of this unique movie / TV show special episode published by the streaming giant Netflix. Our guide informs how to unlock all major endings and also how to unlock minor endings along the way. There are more ten of them in total and we've listed all the steps the viewer must take in order to reach every available ending. Each "playthrough" usually takes about an hour, however as a viewer you are allowed to fast forward so you can get to the other interesting endings without having to rewatch the familiar parts all over again.

Aside from the walkthrough we've also prepared a separate chapter in our guide containing frequently asked questions (FAQ). Some of the pages in this chapter offer answers to topics such as which ending is the best one, are all choices in the TV show relevant and how to unlock the secret ending with the QR code.

Black Mirror: Bandersnatch is a 2019 interactive movie released by Netflix. The episode is set in the Black Mirror universe, however the main difference is that the viewer is allowed to make choices along the way. Each choice offers two options and some of them lead to very different outcomes. The movie itself takes place in the 1980s and follows the story of a young programmer named Stefan Butler. The protagonist is trying to make a video game based on a fantasy novel, however strange things begin happening to him and he starts to feel like he's not in full control over his actions.

How do I restart the movie?

You can restart Bandersnatch at any time. Just pause the episode and go back to the main menu by clicking on the left-pointing arrow (Back to Browse). You can then press the RESTART button and a prompt will appear asking if you want to confirm. Restarting the episode is the only way to modify your past choices. You will have to start watching the movie from the very beginning, however you can fast forward if you don't want to see the same parts all over again.

Where is the timeline?

Black Mirror Bandersnatch doesn't offer a traditional timeline, however you can still use rewind and fast forward buttons (and also left and right arrows on the keyboard on PC). Each button press equals to 10 seconds so you easily go back to the start of the section of the episode or fast forward to the next available choice.

It's worth noting that you're not allowed to use the rewind/fast-forward features after you're presented with the choice. The same applies to pausing the video or using other buttons. All the buttons will unlock again after you've made a choice.

What happens if I don't choose anything?

The interactive movie gives you 10 seconds to make up your mind and pick one of the choices. If you don't choose anything then the choice will be made for you - the movie should pick the left choice from the current list of options.

Why can't I rewind to change my choice? 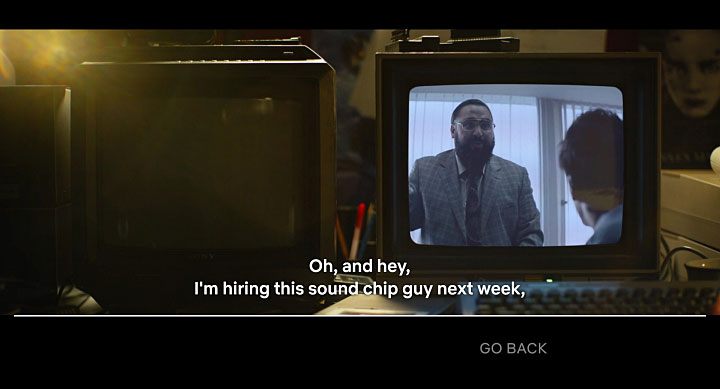 There is an important obstruction concerning how Black Mirror: Bandersnatch can be watched. After you've made a choice you can't use the rewind feature to go back to before it appeared on the screen. If you use the rewind button the farthest you will be allowed to go is the beginning of the part of the moviie after the latest choice. If you want to choose differently you have to use the restart button to restart the entire movie.

There are two exceptions to this rule and they apply to minor and major endings. You can recognize a minor ending by the Go back option (image above provides an example). Minor endings can appear after you've made a choice which is a dead end. You are then allowed to return to the last choice in order to pick the other option and to move on with the story. You can find a list of all minor endings in a separate chapter of our guide. 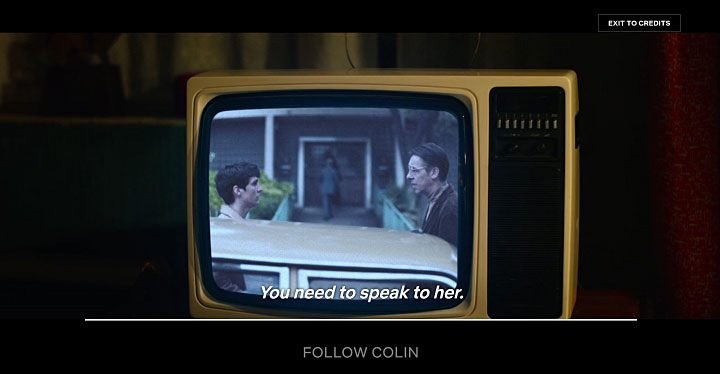 Upon reaching a major ending (example on the image above) you can choose between viewing the credits (Exit to Credits button in the top right corner) in order to finish the "playthrough" and going back to an important choice. In our example that choice was to follow Colin. It's a neat feature, however in some cases you might get a recommendation of a choice you haven't discovered yet. If that happens then it's best to end the game and start a brand new playthrough for the best understanding of the story.

A full list of major endings is in a separate chapter of our guide.

Are the cereal and music choices relevant?

There are also several other meaningless choices later in the movie:

This site is not associated with and/or endorsed by the dtp AG / Anaconda or Cranberry Productions. All logos and images are copyrighted by their respective owners.