This page of our AC Valhalla Dawn of Ragnarok guide contains a walkthrough for The Reckoning story quest. Completing this quest yields an achievement (Ashes of Svartalfheim). 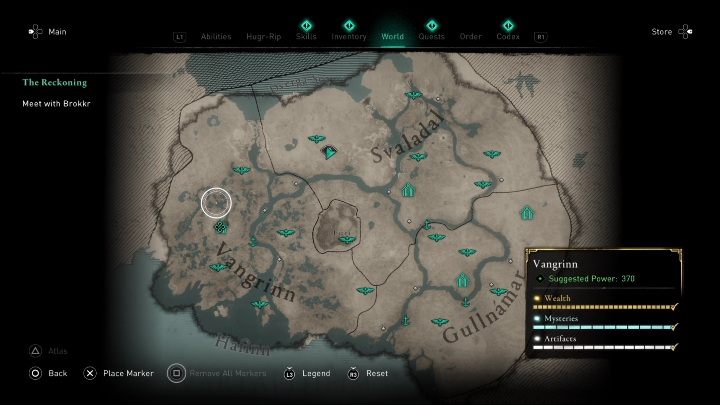 The quest is unlocked with the conclusion of Beyond Fear story quest. Best to tackle the quest as soon as it appears - travel to Hodd's Shelter. 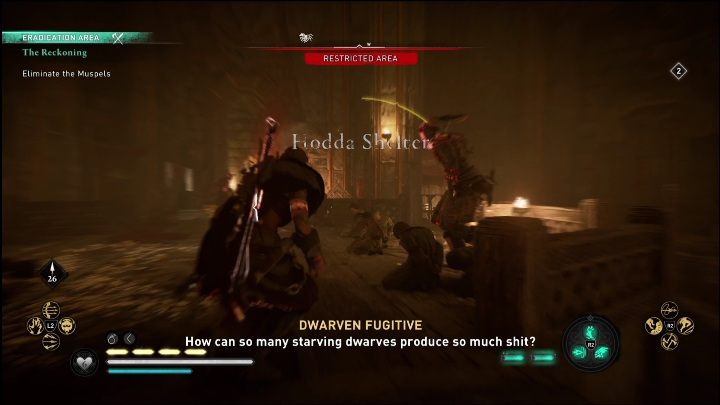 Unexpectedly, you'll arrive to encounter a group of enemies. Eliminate them all to free your companions. There aren't many of them, and they won't be able to call for support. 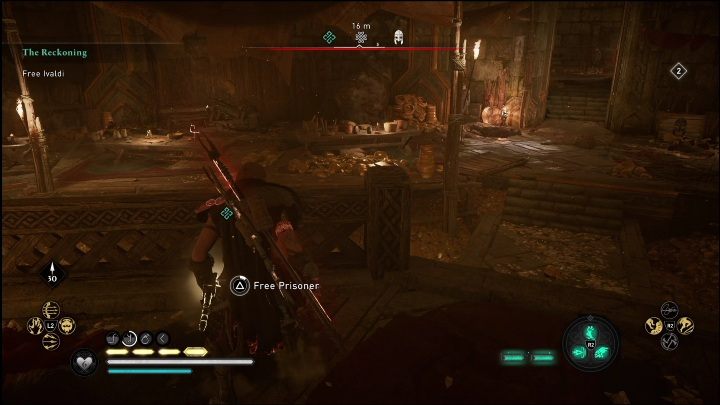 After getting rid of all the enemies, run up to Ivaldi and untie him. Only Invaldi has to be freed personally - the rest will free themselves from bondage as you talk to him. 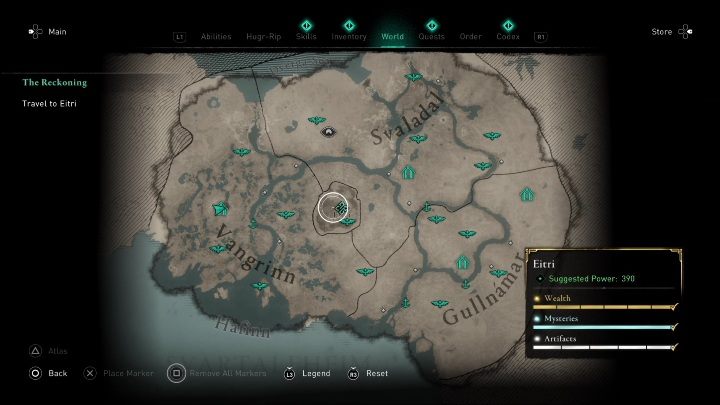 After freeing the dwarves, you must go to Eitri. You're almost at the final boss battle of the DLC. You can reach Eitri on foot or using a mount, but the most convienient option will be to fast travel. 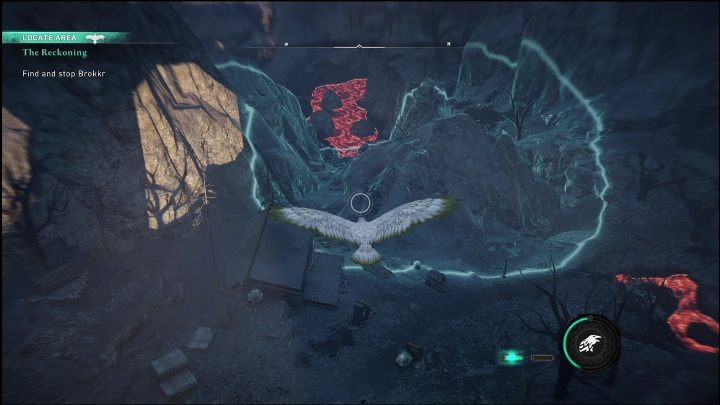 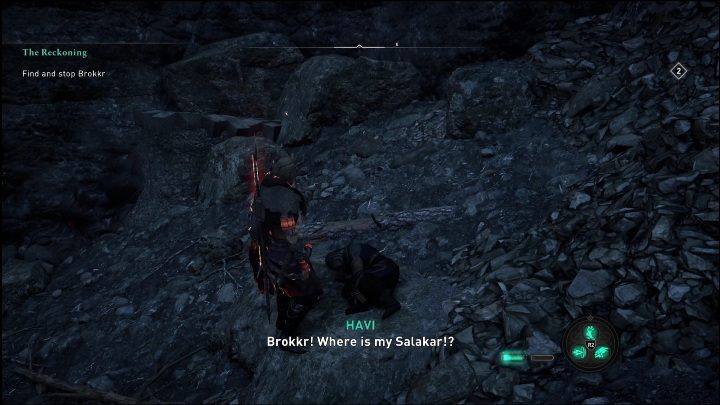 Once you arrive, activate Power of the Raven, to quickly locate the dwarf lying on the rocks. Land next to him to find out what happened and help him leave this dangerous place. 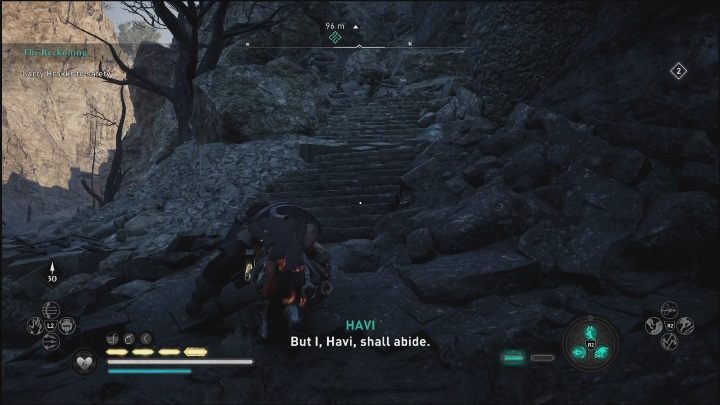 After the conversation, pick up Brokkr and carry him out of the danger zone. Just go up the stone stairs with him and there will be a safe place marked in blue. Once you're there, put down the dwarf and head to confront the final boss. 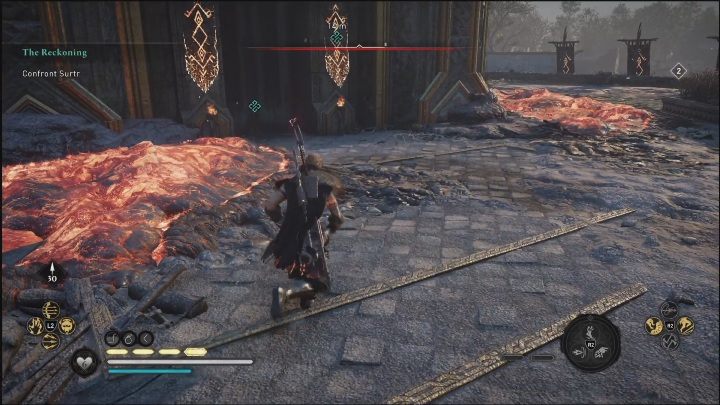 The first phase of the fight will take place in a building. You will enter it without any problem, as there are no enemies or hazards around. There is some lava nearby, but you should be able to avoid it.

Before you go, make sure to refill health and adrenaline, as well as Hugr-Rip power. 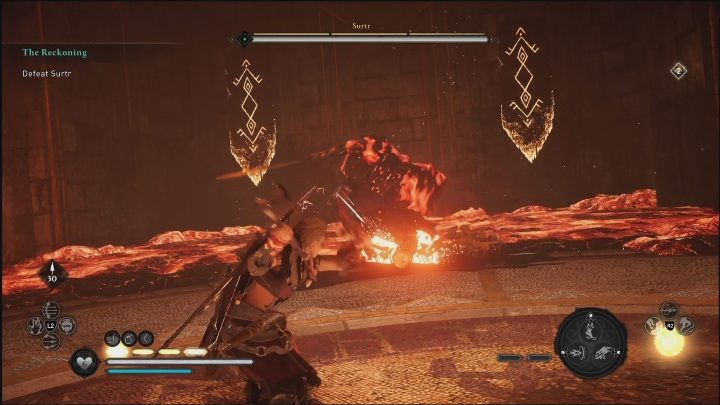 The first phase of the encounter isn't that hard. Remember to activate Power of Muspelheim, as the opponent is equipped with a fire weapon. and he can cast a fireball or summon lava that will cover the arena.

. Stay away from the opponent. The best approach would be to dodge often and focus on attacking with a bow. Equip abilities that allow rapid bow fire, such as Light Bow Combo. 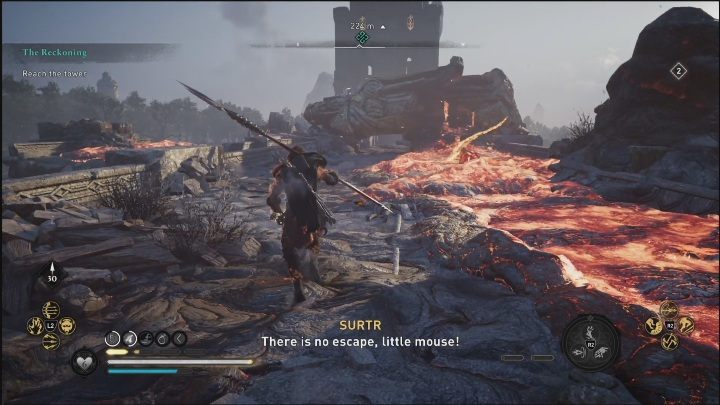 This concludes the first phase of the encounter. Rush to the tower. Lava surrounds the area, and more so that enemies will emerge from it. You can skip them, or use them to farm adrenaline or Hugr-Rip power. Unfortunately, there aren't any health items along the way. 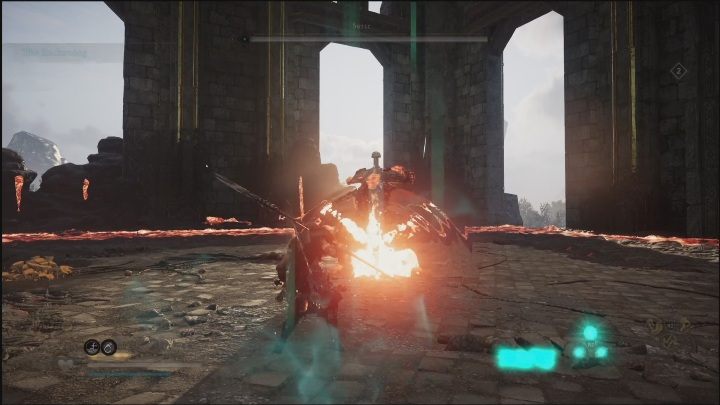 The second phase of the encounter takes place inside the tower. Once again, activate Power of Muspelheim, as the enemy attacks with the fire element. Thanks to this power, you'll be immune to fire and lava, making the battle much much easier.

Arena is small and surrounded by lava, making it difficult to stay at a distance. 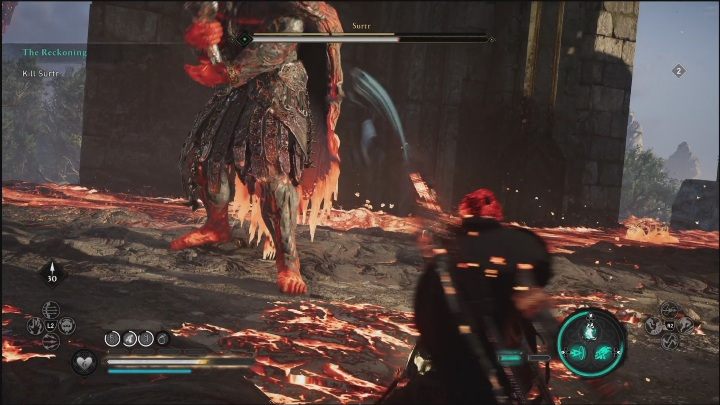 Surtr, despite his size, is quite agile. Try to get behind him and attack. Try to run up to him, make strong attacks, then jump away to avoid taking damage. .

After defeating the boss, the mission will end and you will receive the Ashes of Svartalfheim achievement.