On this page of the Assassin's Creed Valhalla Siege of Paris guide, you will find a detailed walkthrough of The Madness of King Charles main quest.

Find and confront Charles the Fat

You will begin this mission at the king's villa. Approach the door - you will learn that you need two keys. 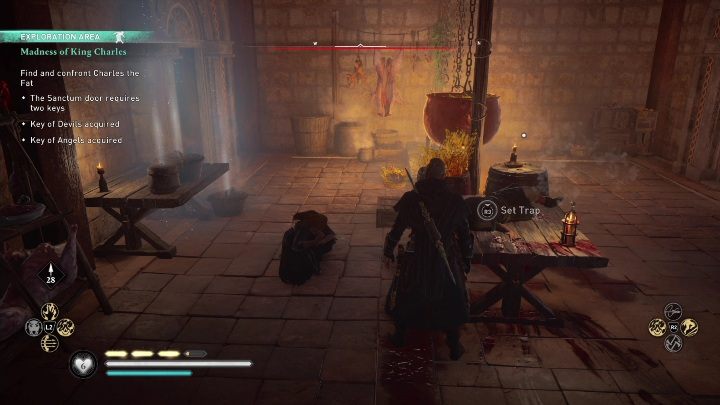 The first key is in a room on the same floor. Just walk there and grab the item you need, nothing will stand in your way. 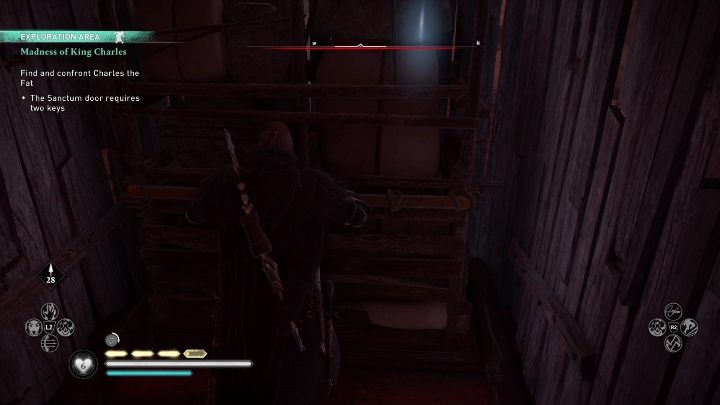 The path to the second key is more complicated. There is a wooden shelf on the upper floor that needs to be pushed. She will reveal boards that you can destroy. 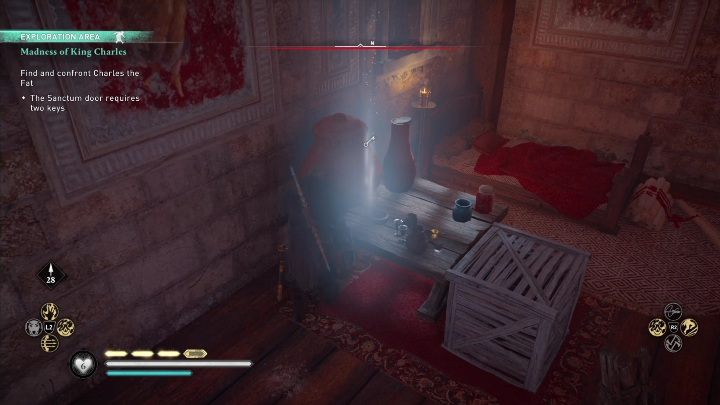 You will find a key that is hidden in the vases. It's not the one you need, though. 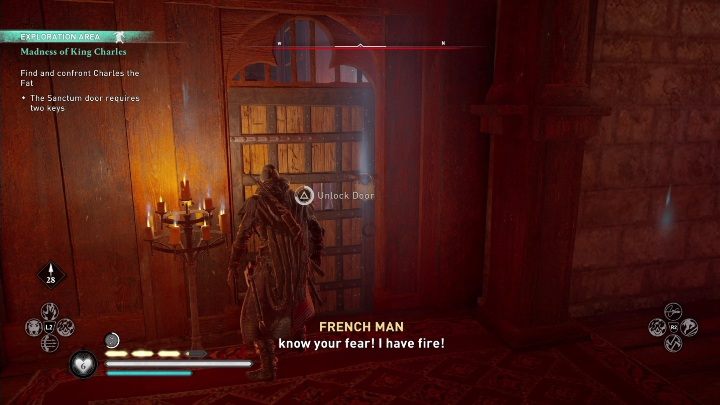 With it, head to the next locked door. When you open them, you will find yourself in a room with the correct key.

After getting both keys, return to the main door. 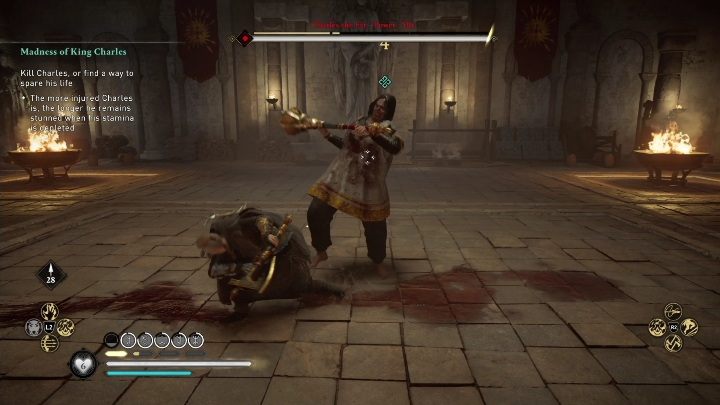 The fight with Charles the Fat is quite peculiar. You won't deal him any damage by attacking him in the usual way. 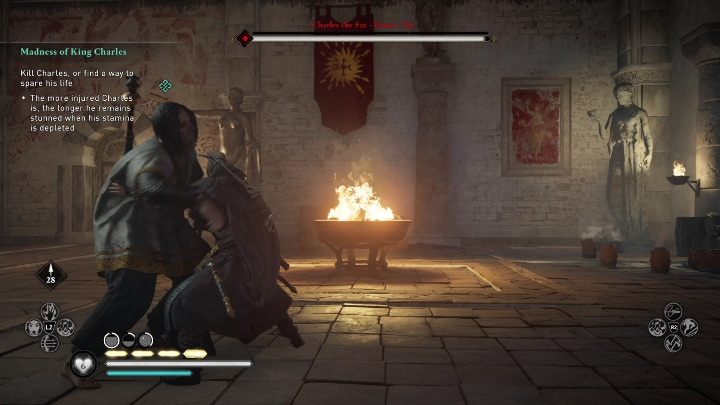 Focus on Charles' weak points - head and left leg. You must shoot at them to stun your opponent. 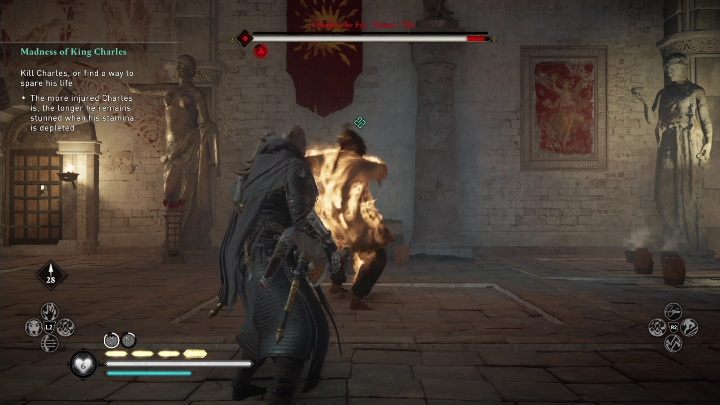 You must drag the stunned opponent into the fire - this will deal him a lot of damage. However, Charles will put out campfires. You can make them burn again by using a fire arrow or torch. 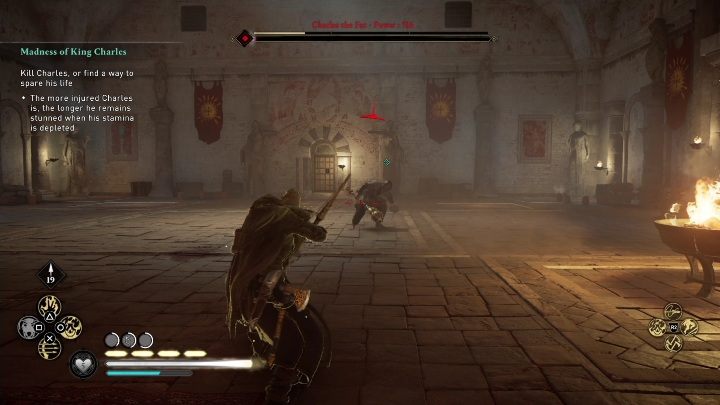 If you know what to do, it won't be a difficult fight. Charles should die after you drag him to fire twice. 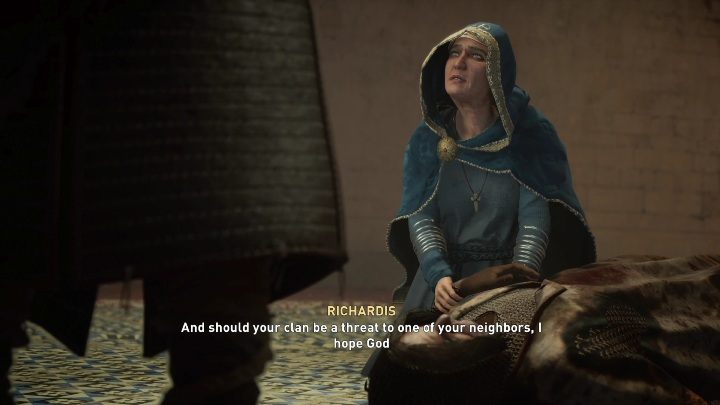 Saving Charles is fairly simple. When you stun him the second time, don't pull him into the fire. Instead, lure him into a separate room. You will be able to imprison him there.