On this page of the guide to Assassin's Creed Valhalla Wrath of the Druids, you will find a detailed walkthrough of the main story quest, A Scourging of Snakes.

Besieged and without outside support, Eogan gathers the remnants of his forces in Armagh while Eivor gathers his allies. 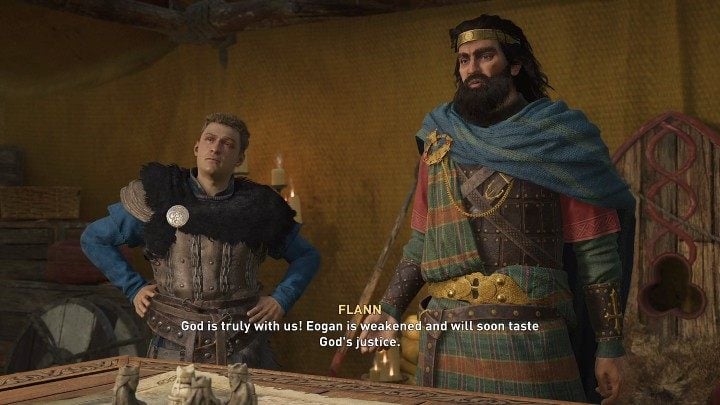 Head to a small outpost camp outside Armagh to prepare for the attack. As it turns out, young Sichfrith has managed to organize a large army, mostly of Vikings. When you are ready, talk to Flann and begin the attack on Armagh. 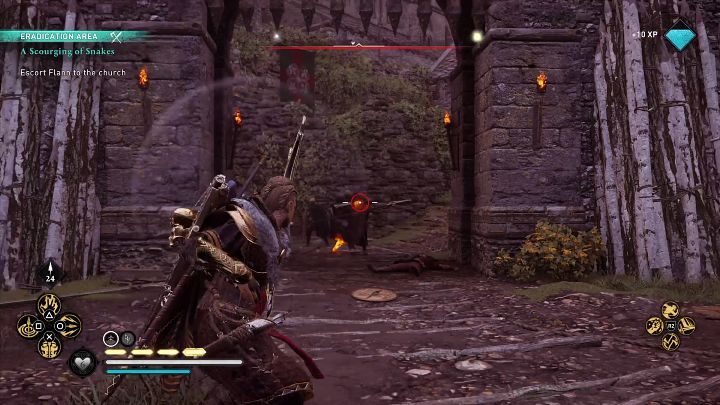 During the assault on Armagh, you will have to fight many opponents and break through the security. Your main task will be to burn the buildings and open more gates so that Flann and Sichfrith's troops can get to the church. 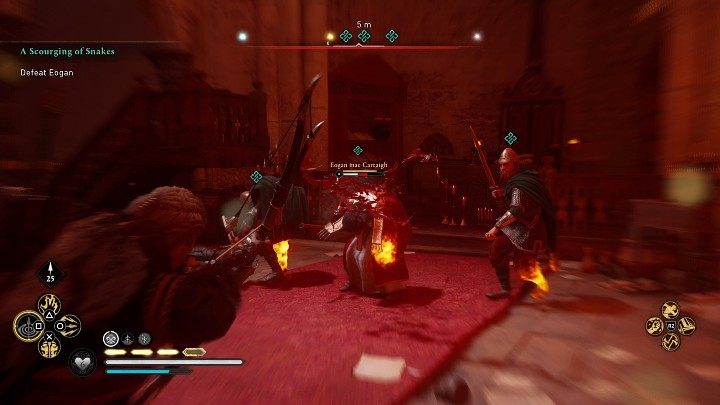 Once inside the church, you will have to face Eogan and his two elite guards. Your opponents should not cause you any problems. After a short conversation with Flann and Sichfrith, the quest, A Scourging of Snakes, will be over, and you will receive 3,400 XP.