On this page of the guide to Assassin's Creed Valhalla Wrath of the Druids, you will find a detailed walkthrough of the main story quest, The Wages of War.

King Flann's army is decimated, and Sichfrith has lost his father, from whom he inherited the crown. Now Eivor must help them both to fulfill Barid's last request. 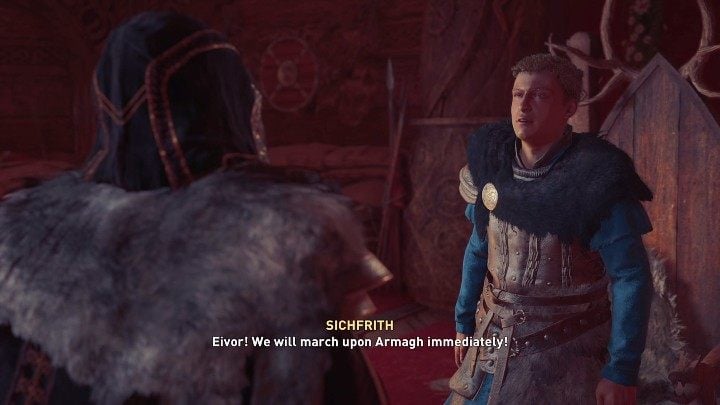 Head to Dublin to talk with Sichfrith, who has just inherited power from his father, Barid. The young man wants revenge and to set out for Armagh immediately, but his siege machines were stopped by Eogan. Eivor convinces Sichfrith that joining forces with Flann is the best solution.

Find and kill The Seed

This stage of the quest is a bit confusing, as you must first find the first clue about The Seed and then track down and kill The Deer to discover The Seed's current position. 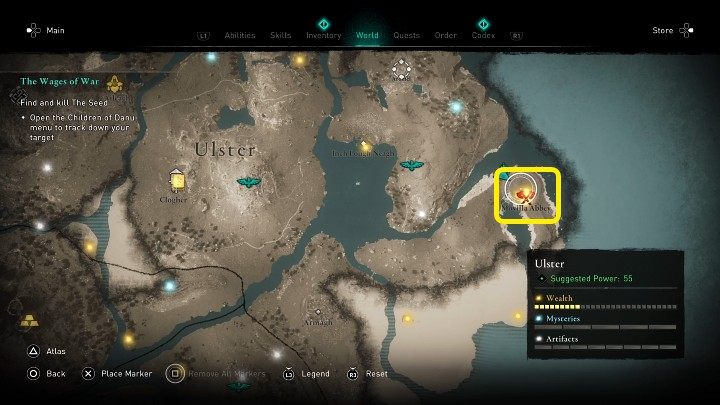 You will find the first clue in Movilla Abbey, in the place marked in the picture above. 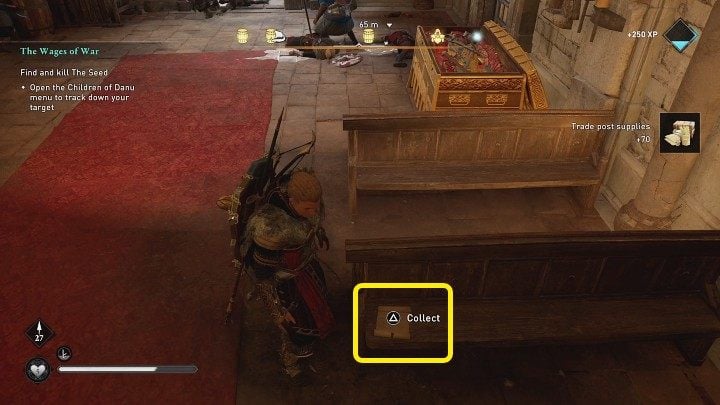 Enter the church and deal with all the guards. You will find the clue on one of the benches. From the note, you will learn that before you can get The Seed, you have o track down and eliminate The Deer.

The Deer - clue and assassination 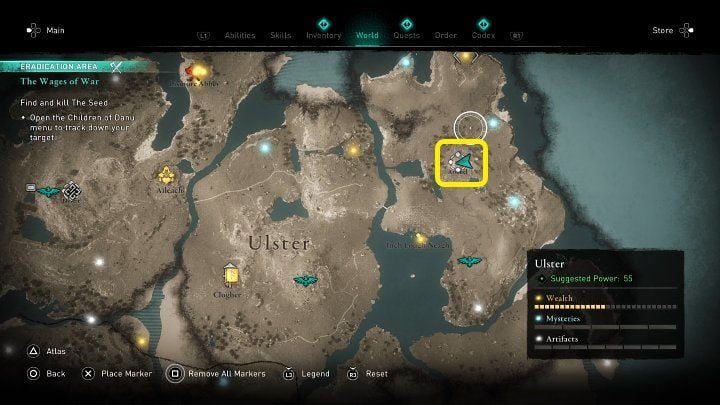 The clue that will allow you to track down The Deer can be found in the Armdel trade post, at the location marked in the picture above. 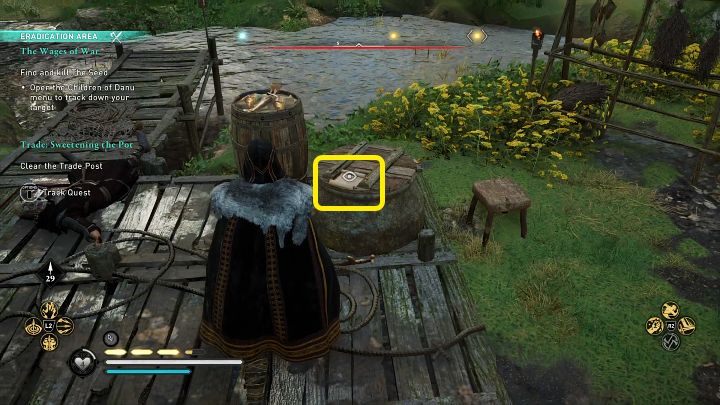 After eliminating a few elite opponents, go to the location shown in the screenshot above - the clue lies on a wooden jug lid. 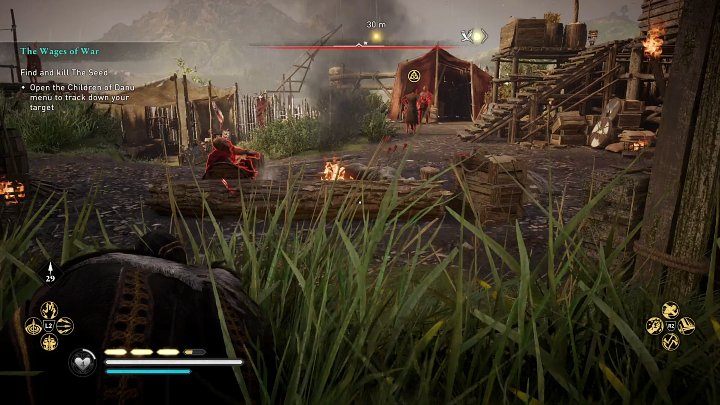 The Deer is hiding in Inch Lough Neagh, a small camp by the river. There are many guards stationed inside, so it will be necessary to fight. Locate the target and eliminate him, and you will unmask the Seed.

There are many bushes in the camp, where you can hide and lure enemies into a trap. 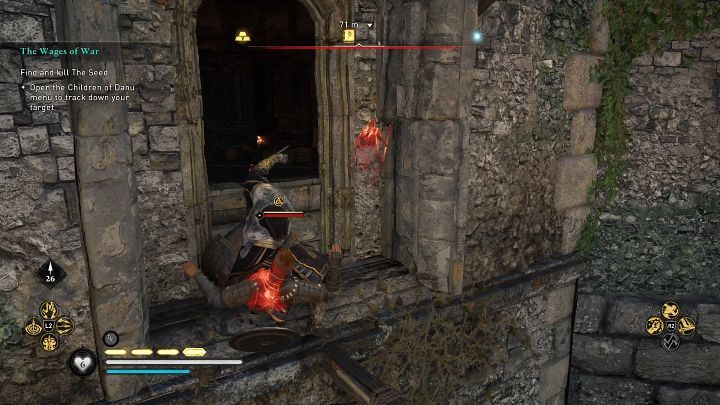 The Seed is hiding in Dunseverick, a well-guarded stronghold. If you want to stay stealthy, use the wooden beam outside the wall to get near the target. The Wages of War quest will end, and you will receive 3,400 XP as a reward.