On this page of the guide to Assassin's Creed Valhalla Wrath of the Druids, you will find a detailed walkthrough of the main story quest, The Mask of Diplomacy.

With evidence of the conspiracy, Eivor and Barid have to convince the king to restrain his plans for the North until the true threat is exposed. 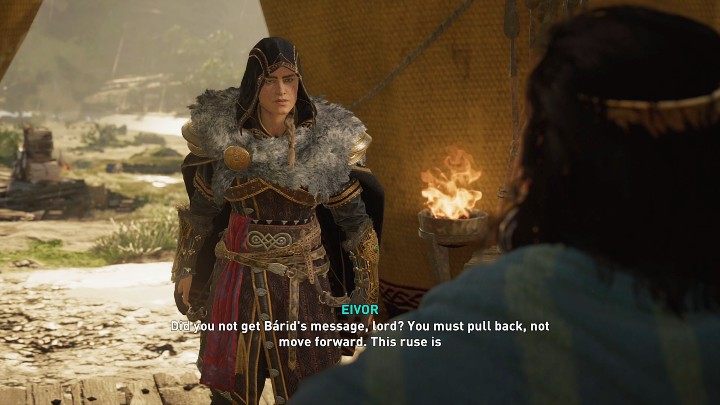 Although Flann has received Barid's message, he isn't going to let go and is preparing to march out. Your conversation will be interrupted by the invasion of Eogan's troops. 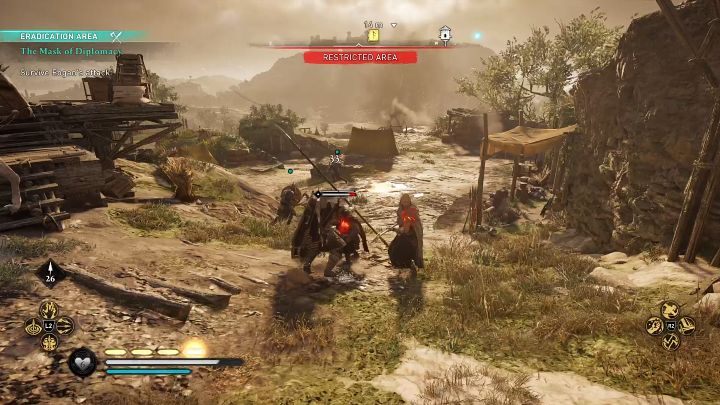 Run out of the king's tent and fight the enemy troops until Eagon orders a retreat. At some point you will have to help Flann and Ciara.

Find and speak to Barid 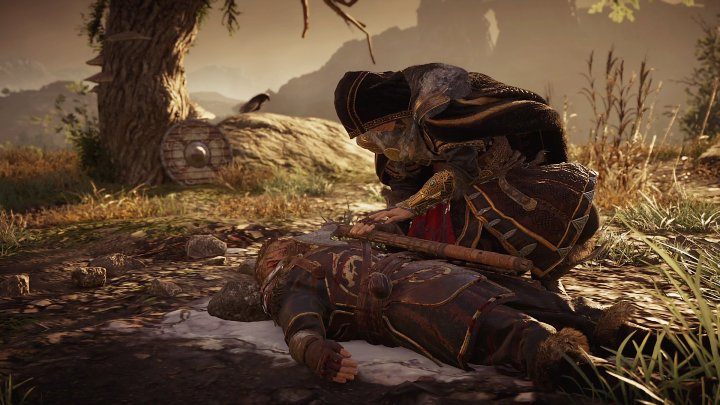 During the fight, Barid separated from the group. You will find him under a big tree - unfortunately, in bad condition. A moment later, the man will die. After talking to Flann and Ciara, the quest, The Mask of Diplomacy, will end, and you will receive 1,700 XP as a reward.