On this page of the Assassin's Creed Valhalla Wrath of the Druids game guide, you will find a detailed walkthrough of the main story quest, Courting the Kings.

For Flann to sit on the throne peacefully, he has to win over Aileach, the center of power over the North. 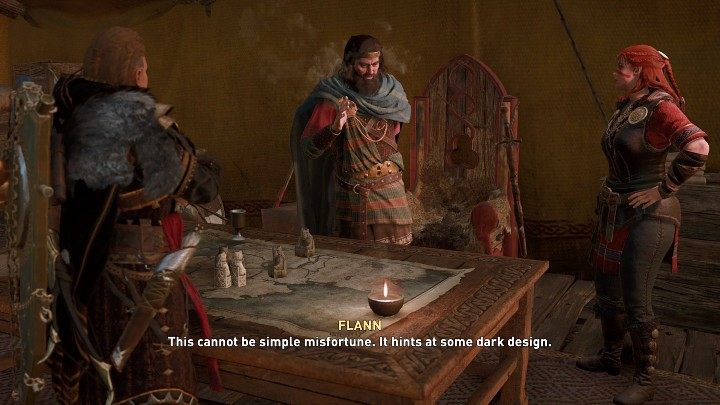 Go to Clogher and talk to Flann. You will learn that Barid has not returned from a diplomatic mission - you must find him, but first, you will have to go to Donegal and get a King's pass. 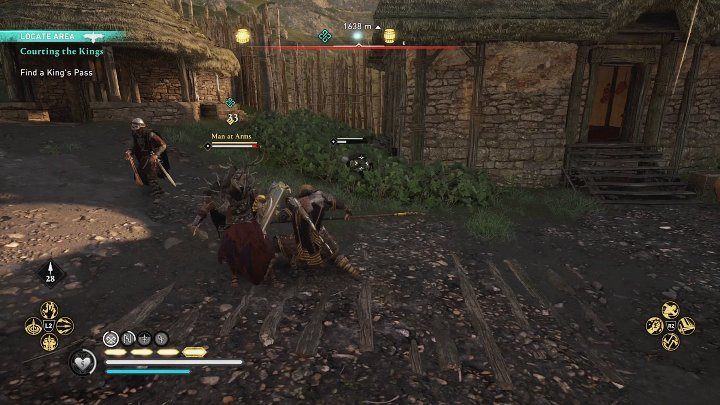 Sail to Donegal and do a raid or look for a pass on your own. An elite unit marked with a green quest icon has the item - eliminate the target and take the pass. 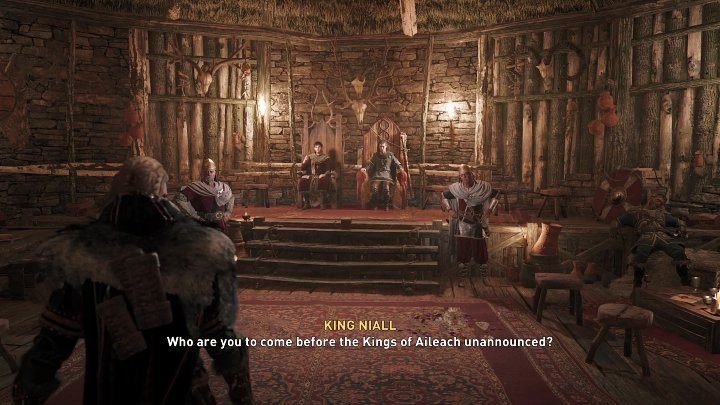 Go to Aileach to meet the kings there. When you enter the audience hall, you will notice that Barid is all right, but the kings' behavior will be suspicious.

Find and free the prisoners

Barid, pretending to be completely drunk, directs Eivor to the prison in Aileach, where the Irish warriors are being held. Freeing them will be essential for reclaiming the city from the current rulers. 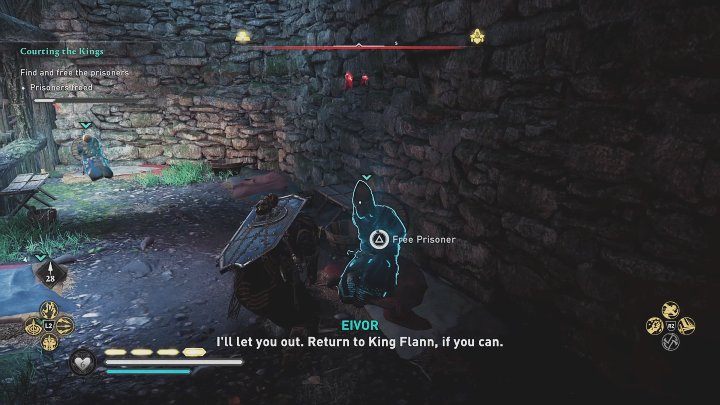 Sneak into the fortress, descend to the lowest level and free the warriors held there. 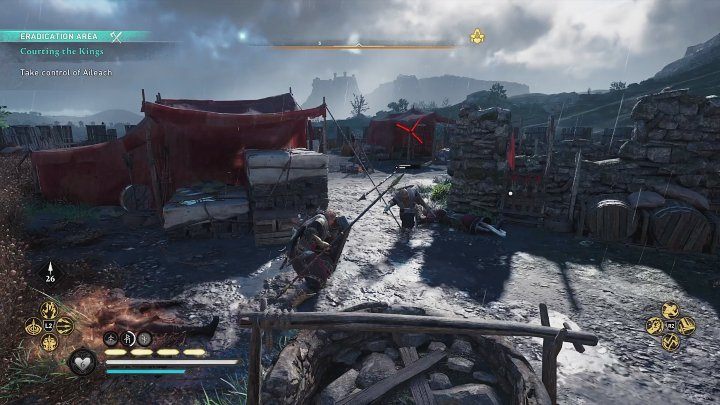 Once the prisoners are freed, lead them out into the city streets, eliminate all enemy guards, and you will take control of Aileach. 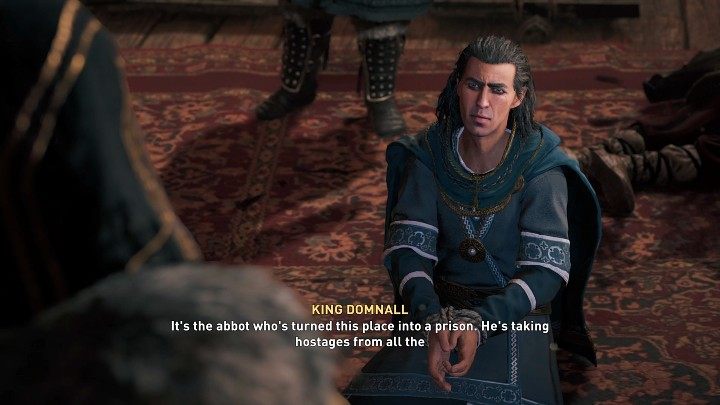 The captured kings will reveal to you that it was the abbot who turned Aileach into prison and set out with his army on King Flann. After the conversation, the Courting the Kings quest will end, and you will receive 1,700 XP as a reward.