On this page of the Assassin's Creed Valhalla Wrath of the Druids game guide, you will find a detailed walkthrough of the main story quest, Into the Fog.

Eivor goes on the trail of The Cursed, one of the Children of Danu who plotted to poison King Flann's army.

Search For The Cursed 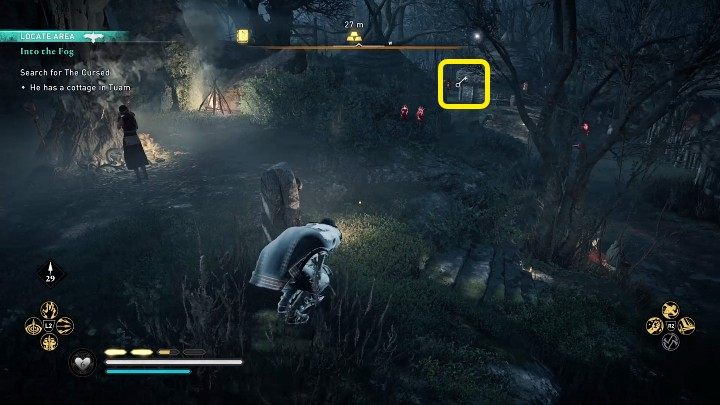 Go to the location marked on the world map, then use Odin's Sight to locate the key. There are a lot of guards around this place, so be on your guard. 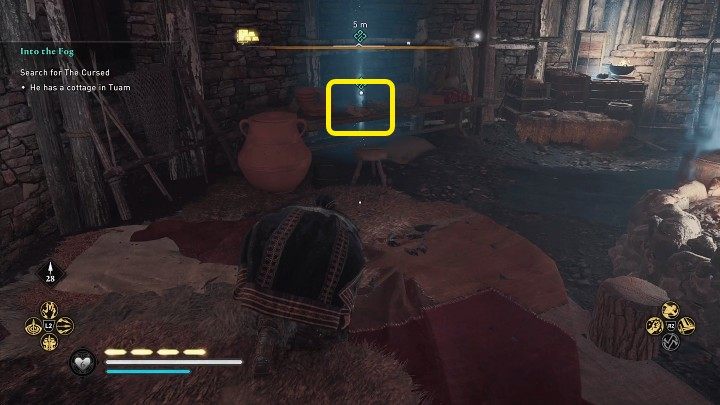 Inside the hut, on the table to the left, you will find a letter. You learn from the letter that the villagers have heard a strange noises coming out of nowhere, but the sender of the letter suggests that the sound may be coming from a cavern beneath the village. 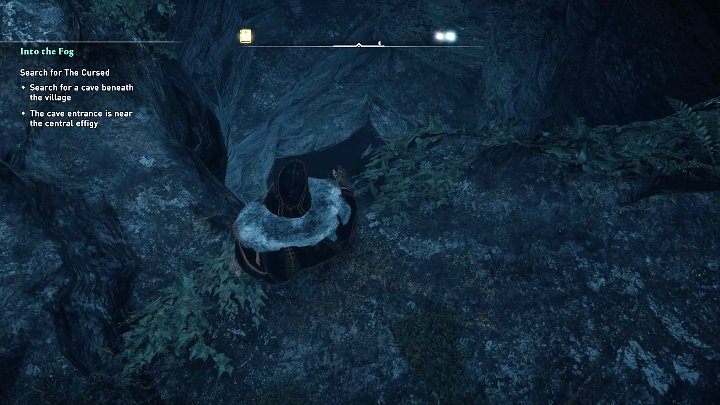 The way to the cavern is marked on the world map with the white stairs icon - jump into the hole in the ground. 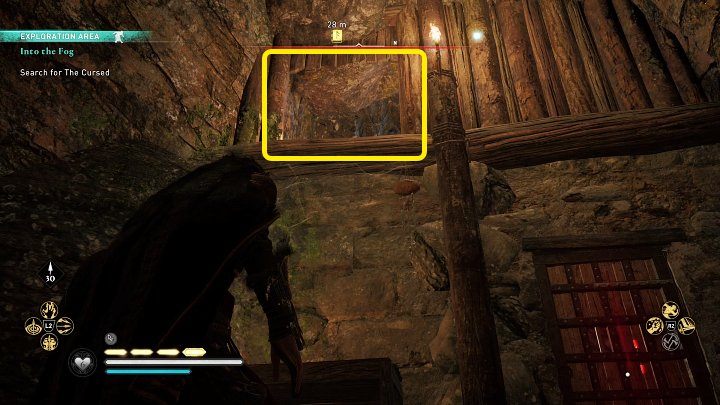 As you walk through the underground cavern, watch out for traps - sharp spikes coming out of the ground that can severely injure you. When you reach the closed door, jump to the other side through the hole shown in the picture above. 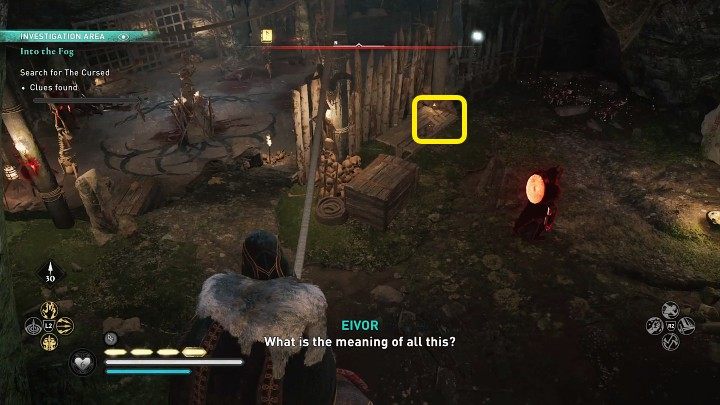 The room behind the locked door is well-guarded, so be ready to fight. You will find the first clue on the table on the right, in the place marked in the above screenshot. 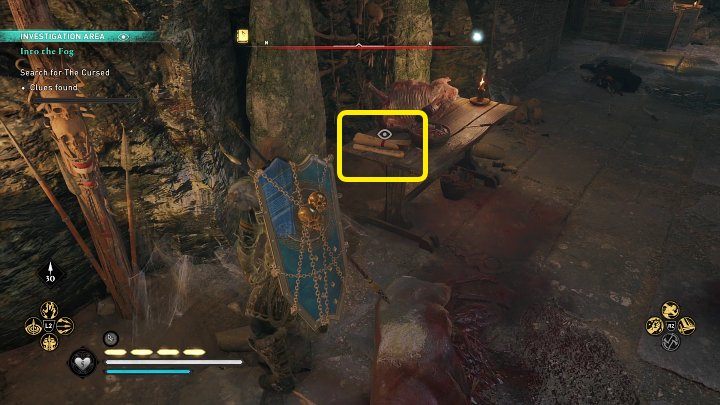 You will find another clue in the place shown in the picture above. You will learn from the letter that the Children of Danu have begun a ritual to honor The Cursed. 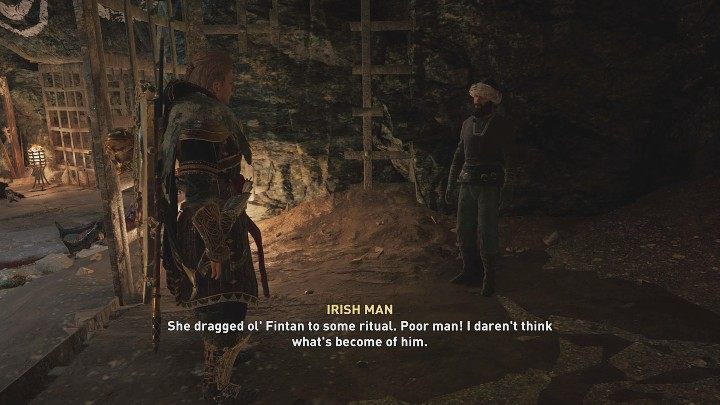 You will receive further information from a man locked in a cage - during the ritual, the Children of Danu want to make a human sacrifice. 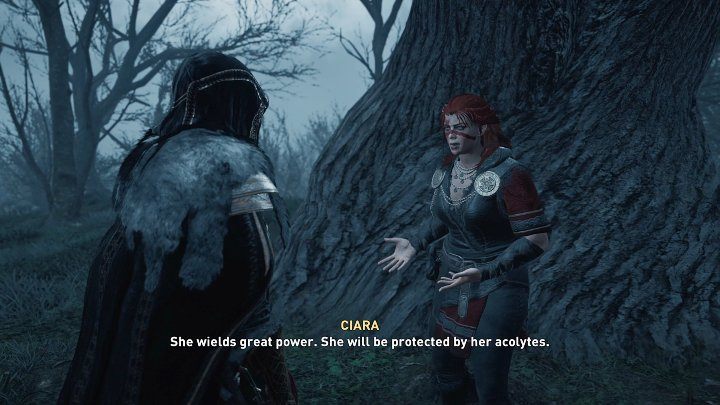 Go to the location indicated on the world map and talk to Ciara. The Cursed has immense power and will be protected by her acolytes and the powerful creature, Puca - the ritual will most likely take place in Carnagen.

Find and confront The Cursed 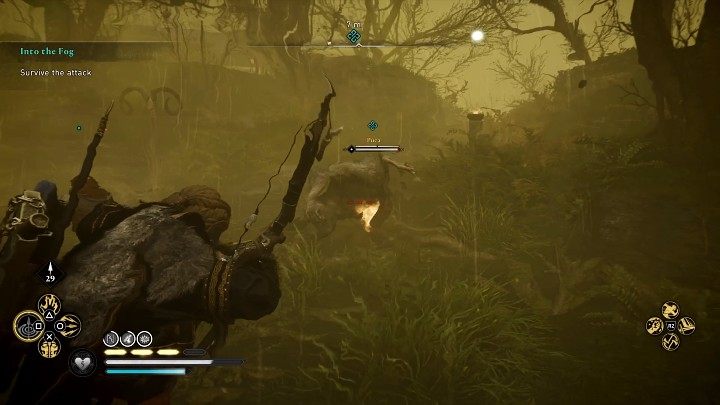 As you walk through the forest, you will spot Puca - follow it. When you come out into a small clearing, the monster will jump at you and attack. You cannot defeat Puca at this stage - the creature will escape when its health level drops to half. 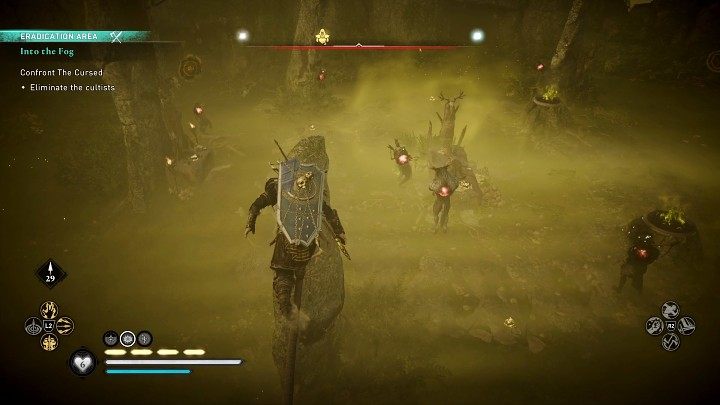 Once there, you will have to face a group of cultists, Puca and The Cursed. Opponents will attack simultaneously from all sides, so you must be on your guard or sneak. 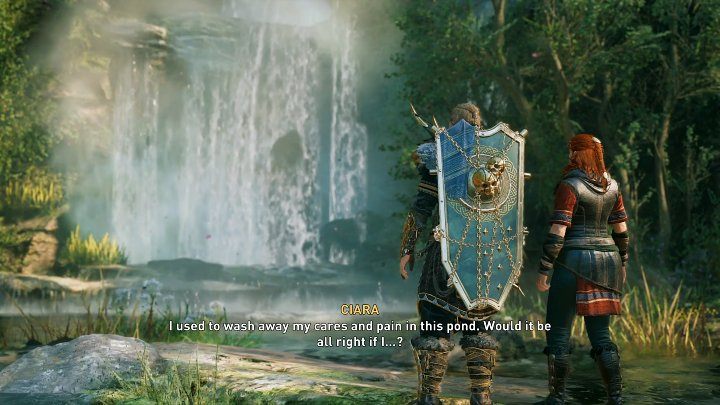 After the battle, confront the Cursed One and then join Ciara in front of the waterfall. After a short conversation and a cut-scene, the quest Into the Fog will end, and you will receive 3,400 XP as a reward.