This page of the Assassin's Creed Valhalla Wrath of the Druids guide contains a walkthrough of the Ciara boss fight. You will learn when the fight with Ciara occurs, what attacks the boss has and how to avoid them as well as how to defeat her effectively and quickly.

The fight with Ciara takes place during The Cost of Betrayal main story quest. Flann has made the decision to eradicate the Children of Danu, which Ciara can't let happen. A woman travels to Tara's obelisk to unleash its power and save the Druids from extinction. 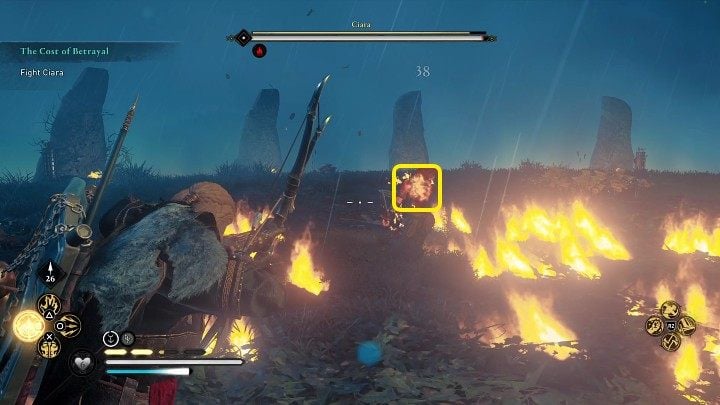 Ciara has only one weak spot, which was placed on her back. The best opportunity to stun Ciara will come when she starts doing pirouettes. Hitting this point allows you to unleash a powerful attack that will deprive the boss of up to 1/4 of her health points. 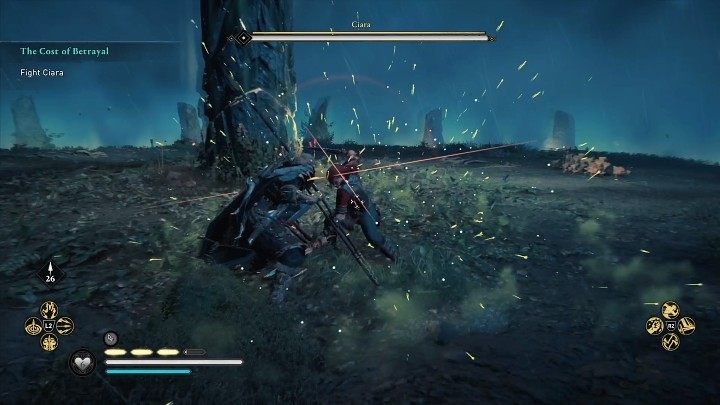 Most of Ciara's attacks are indicated by a yellow rune flash and can be blocked. However, watch out for the teleportation ability after which Ciara brings out a quick slash with one of her daggers. 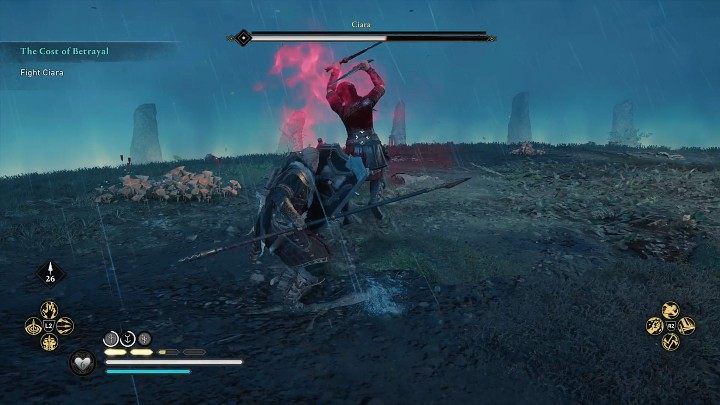 Ciara can also unleash unblockable attacks, which are indicated by a red rune flash - these absolutely have to be avoided. 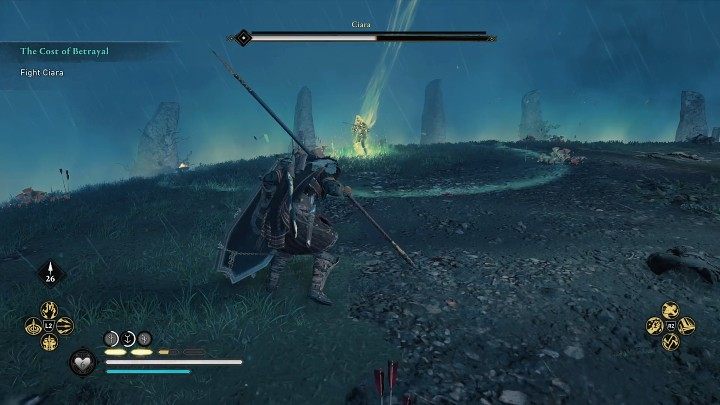 Ciara can use the power of the obelisk to regenerate lost health. As soon as you notice that she wants to use this ability, approach her and launch an attack to interrupt the healing effect. 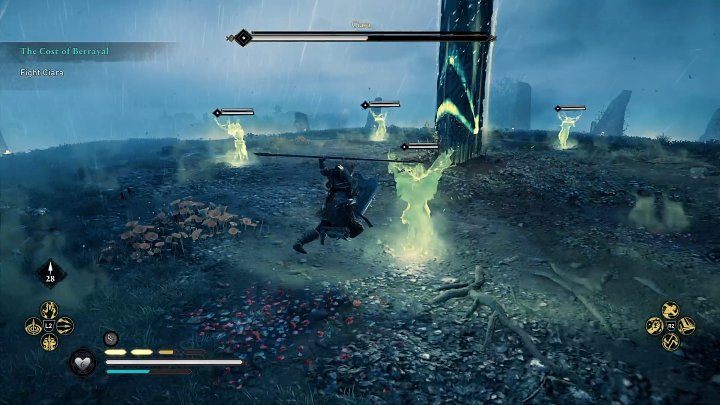 At the beginning of the second stage, Ciara will summon some Druid spirits who will draw power from the obelisk. You must eliminate them as quickly as possible - if you fail, Ciara will unleash a powerful shockwave that can do a lot of damage. 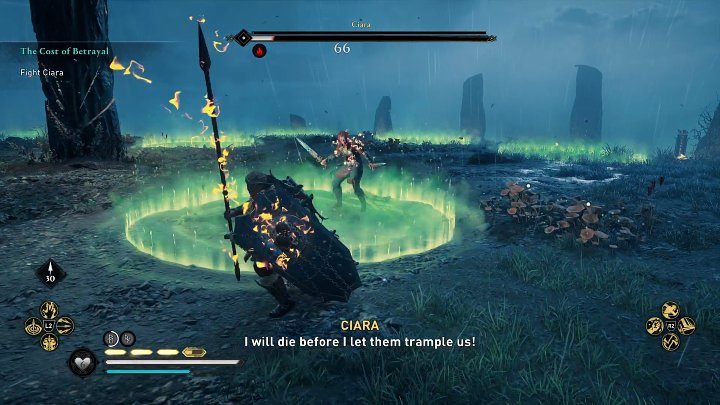 At some point, green circles will start to appear in the arena - when you stand on them, Eivor will take damage. Try to stay as far away from the contaminated area as possible. 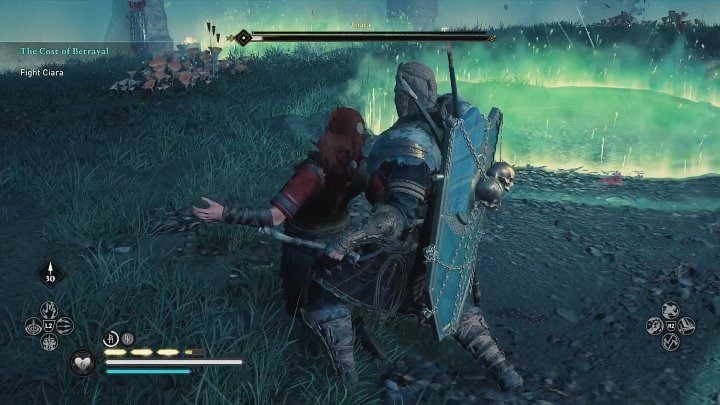 When you deprive Ciara of most of her health, the woman will fall to the ground and you can perform a stun attack to end the fight. 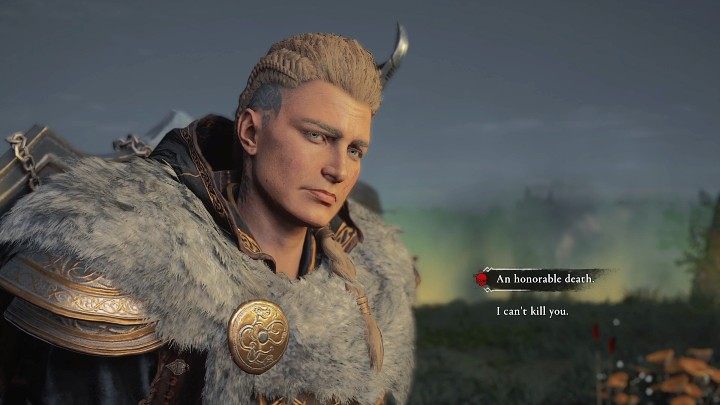