On this page of the Assassin's Creed Valhalla Wrath of the Druids game guide, you will find a description of an important choice you will have to make while completing the main story quest, The Northern Reach.

Support Barid or refuse to support him? 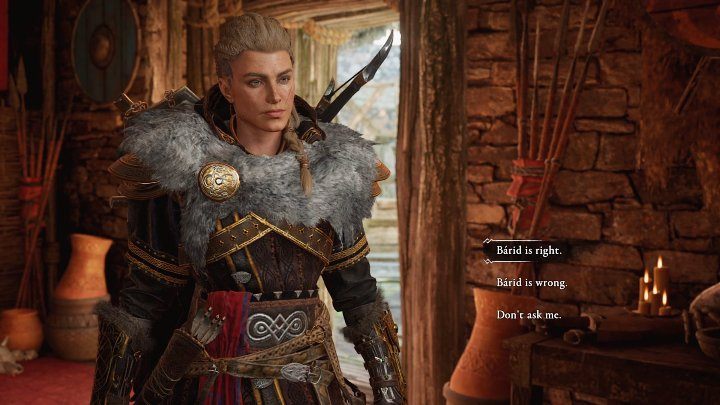 During a conversation with Flann, Barid tries to convince the king that instead of preparing to attack, it is worth trying diplomacy first. When the king asks your opinion, you will be able to answer as follows:

As you can see, your decision won't make any difference - Barid is going on a diplomatic mission anyway.