On this page of guide to Assassin's Creed Valhalla Wrath of the Druids contains a detailed walkthrough of the main quest Foothold in Connacht.

Eivor and Barid join with Arch-King Flann to capture an important stronghold. 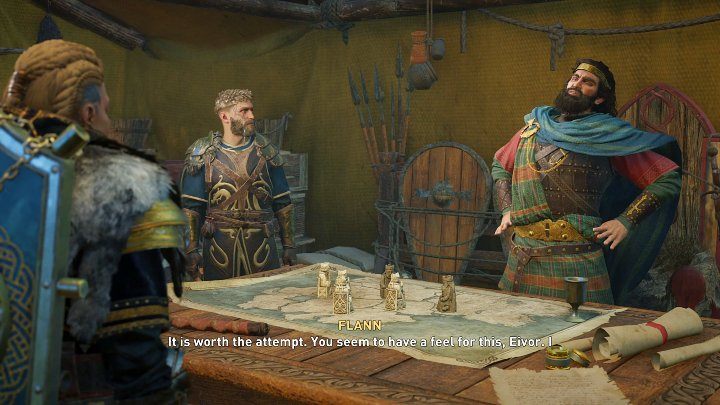 Head to the tent and talk to Barid, and after a while Flann will join you. The Arch King wants to capture the fortress of Cashelore, and Eivor has a plan on how to do it - you must sneak into the fortress yourself to open the gate and let Flann's army inside.

Find and speak to Flann's scout 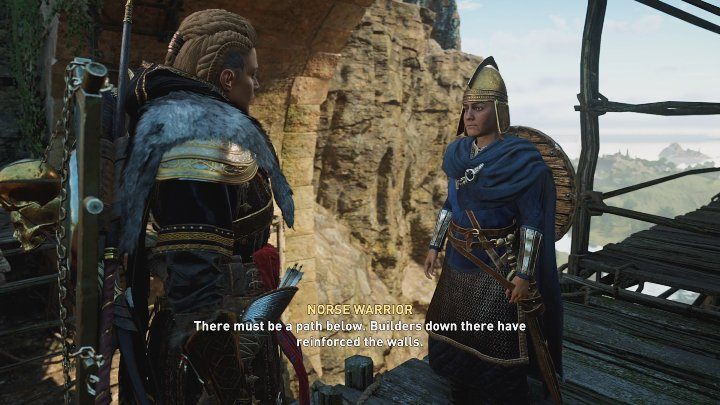 You will find Flann's scout in front of the fortress entrance, under the stone bridge. From the conversation, you will learn that you can get inside by using the path of the builders who were repairing the walls of the fortress. 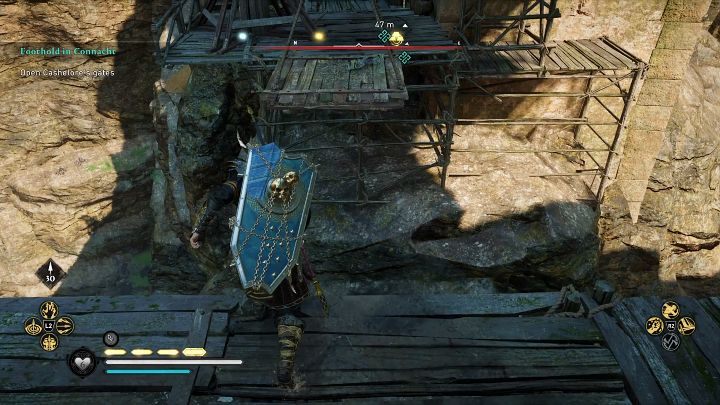 You can get inside the fortress in many ways, but the safest way will be the builders' path that the scout talked about. Jump to the other side of the gap and walk along the rock wall to easily get inside Cashelore. 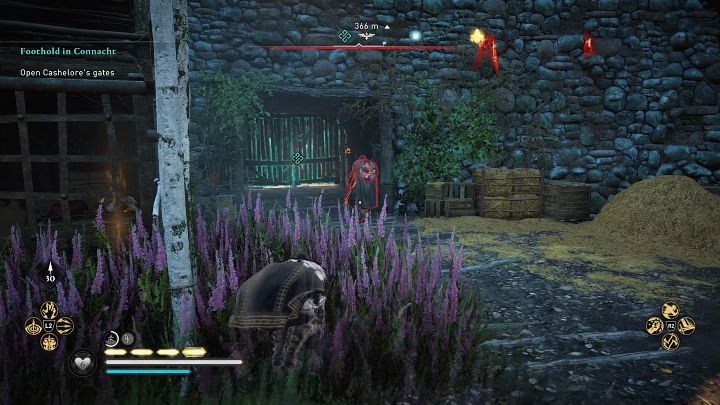 You don't have to kill all the enemies stationed in the fortress. Just sneak under the gate and eliminate one guard. Then smash the blockade and open the gate, and Flann's troops will immediately rush in and help you capture Casholere.

Find and speak to Ciara 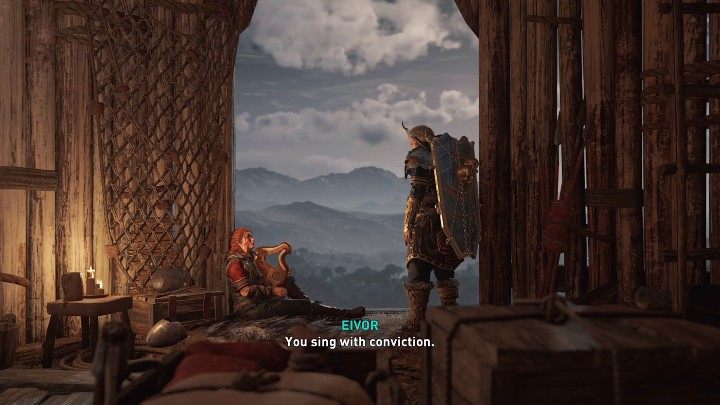 During the victory feast, Flann will ask you to find Ciara and tell her to start composing a song about her king's victory. You will find Ciara in one of the towers - talking to her will complete the quest Gathering Strength, and you will receive 3,400 XP as a reward.