This page of the Assassin's Creed Valhalla Wrath of the Druids guide will tell you who Ciara is and if you can romance her.

Wrath of the Druids is the first major expansion pack for Assassin's Creed Valhalla - it adds a wealth of additional content to the game. Besides the new storyline, you will be able to gain new skills and abilities, items, and meet new NPCs - Ciara is one of them. 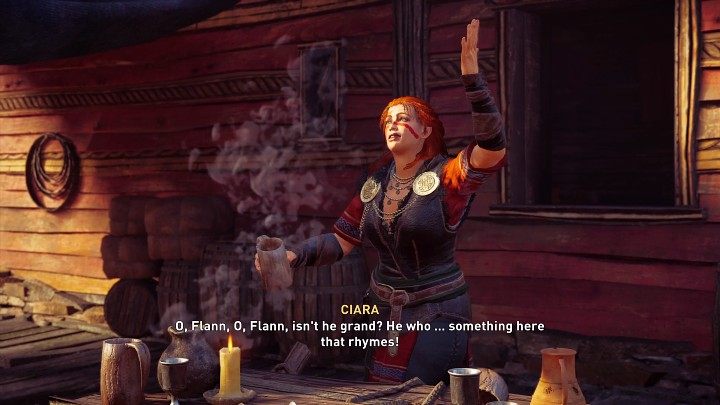 Ciara is the red-haired poetess of the Irish king Flann, whom you will meet for the first time during a quest called Flann over Ireland. Judging her talent solely on hearing, one might doubt whether Ciara is actually a talented poet - her drunken singing on Dublin's market square irritates a few warriors. 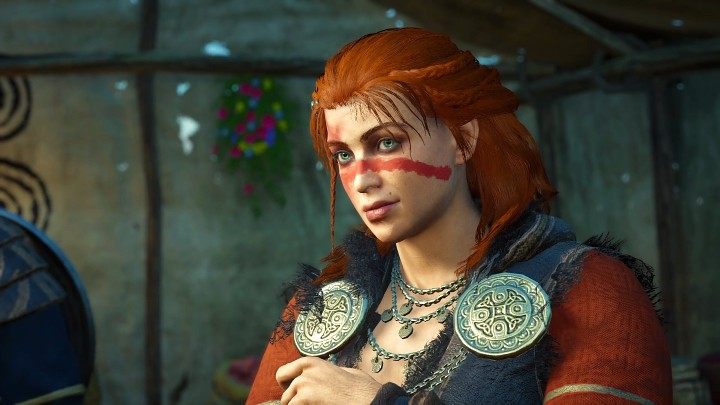 Later, however, during Flann's coronation ceremony, Ciara gives a true display of her vocal skills - it's clear that beauty isn't her only virtue. Over the course of many encounters with Ciara, you can get the impression that the redheaded poet is clearly flirting with Eivor.

How to romance Ciara? 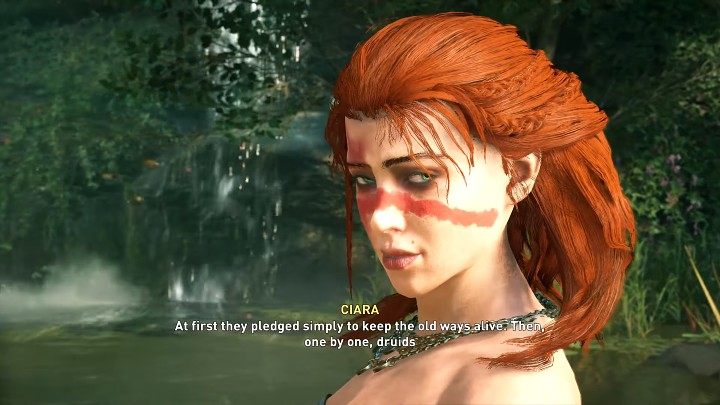 As the story presented in the Wrath of the Druids expansion pack unfolds, you will be able to make two key dialogue choices (marked with a heart) that could lead to a romance between Eivor and Ciara.