On this page of guide to Assassin's Creed Valhalla Wrath of the Druids, you will find a detailed walkthrough of the main story quest, A Show of Character.

Eivor travels to Durrow to meet Barid and win the favor of the new High King, Flann Sinna.

Meet with Flann in Durrow 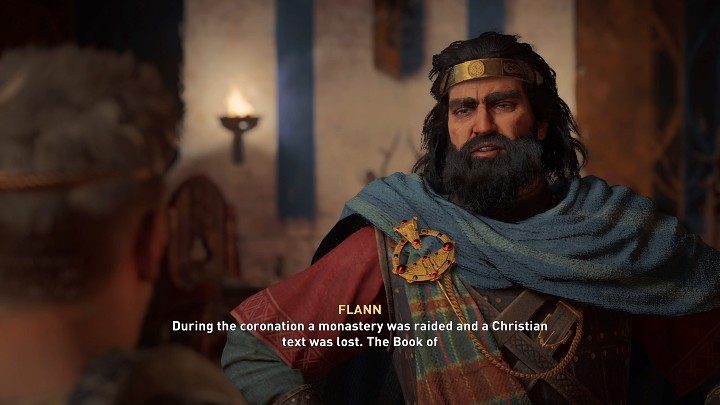 During the conversation with Flann, you will learn that someone raided the monastery during the coronation ceremony and a very valuable book (The Book of Kells) was stolen. You will be asked to retrieve the book.

Find the Book of Kells 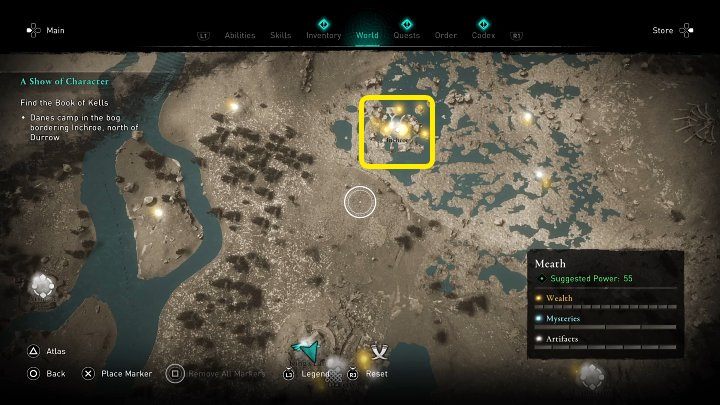 The enemy camp will not be marked on the world map, so to make things a little easier for you, we have marked the appropriate location in the image above. 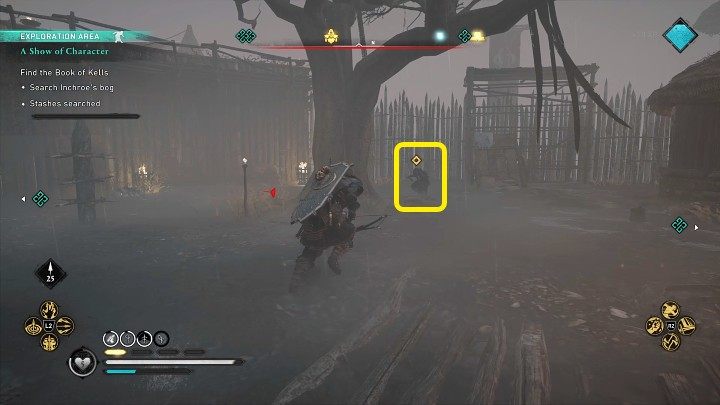 Enter the swamp camp and make your way to the inner circle of the fortress. You will come across several enemies, and the most dangerous of them will be a very agile assassin fighting with two short swords. 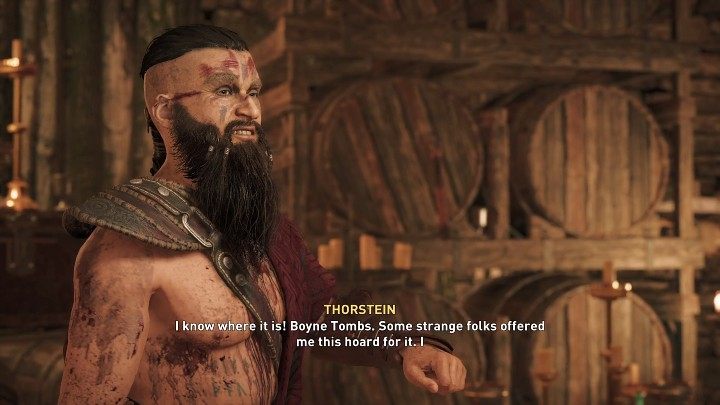 After the fight, enter nearby building. Inside, you will actually meet Thorstein, who did not fully obey Barid's order and did not leave Ireland. From your conversation with the man, you will learn that Thorstein sold the book to someone in the Beyone Tombs (Beyone Tombs). 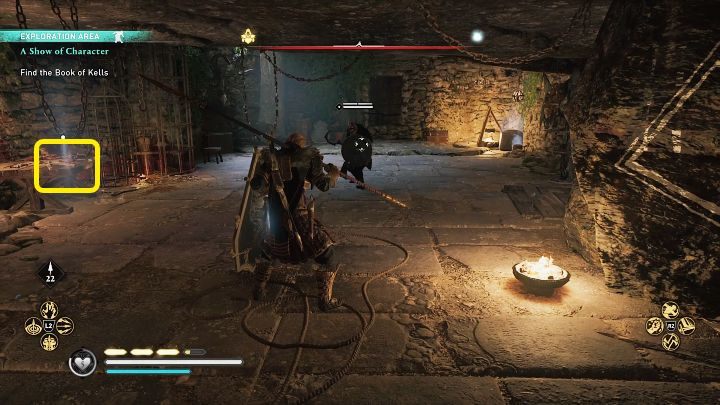 Go to the location indicated on the world map and enter the tomb. As you go through the first chamber, take the key that lies on the table to the left. 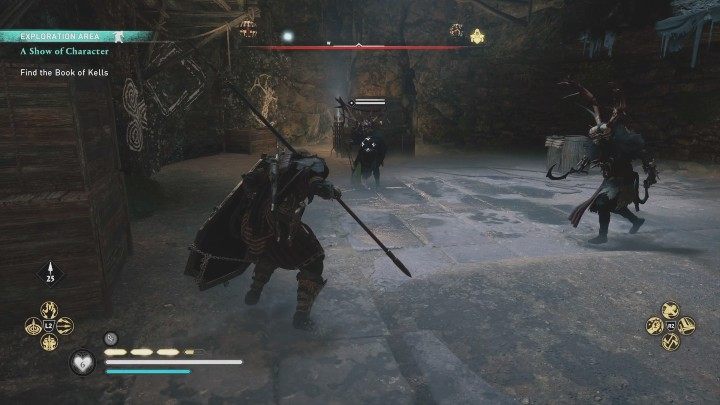 Going deeper into the tomb, you will reach a chamber with two opponents guarding access to a locked door. Deal with them and open the door using the key you acquired earlier. 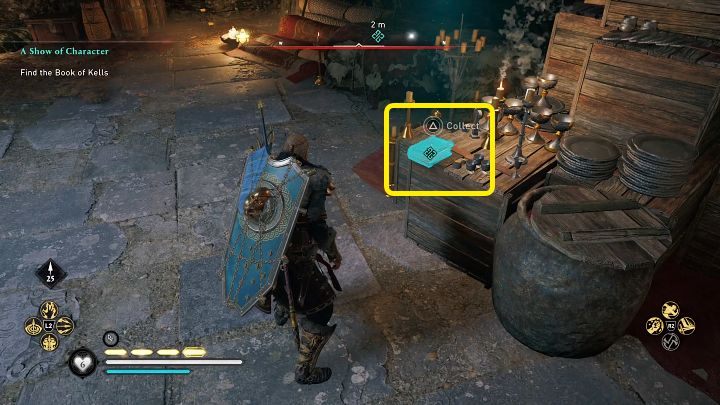 Take the book and return to Flann with it – you can use fast travel. After the conversation, the mission Show of Character ends, and you will receive 3,400 XP as a reward.