Reward for completing the mission: 8500 XP. 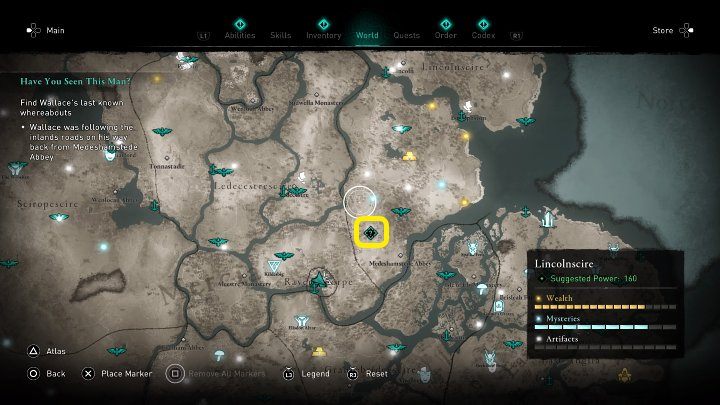 Wallace, Petra's brother, has gone missing in the woods. Go to the indicated spot to help her find him and make sure he gets home safely. This quest can be accessed only after completing The Huntress quest. 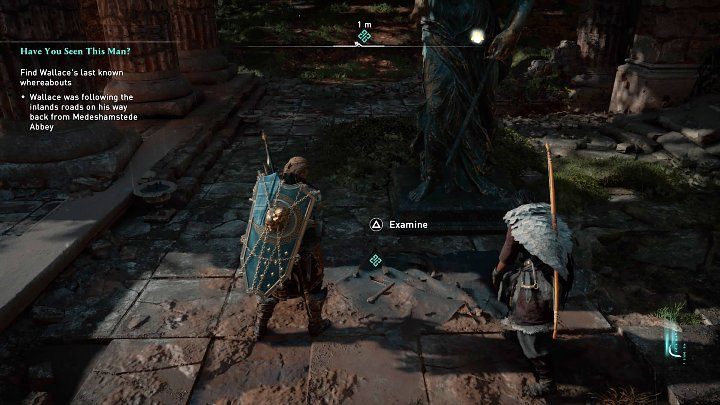 Once you arrive, investigate the trail (Wallace's tools) and go underground - the entrance is located right next to you on the right side. 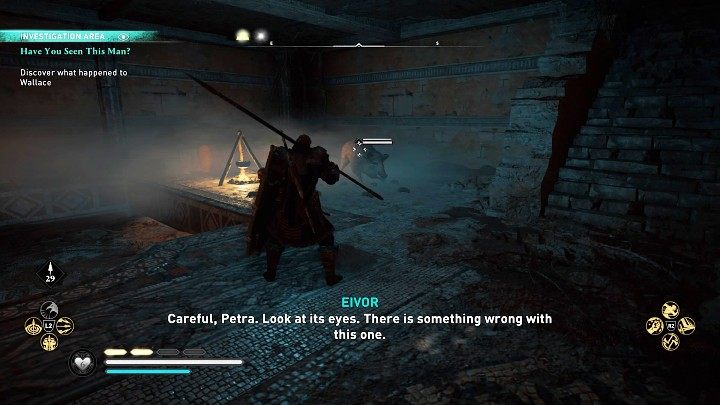 When you go down, you will be attacked by a sizable boar. Defeat the animal, then investigate another trail in the corner of the room. You'll find two additional clues here: Wallace's clothing and a campfire with a cooking pot. 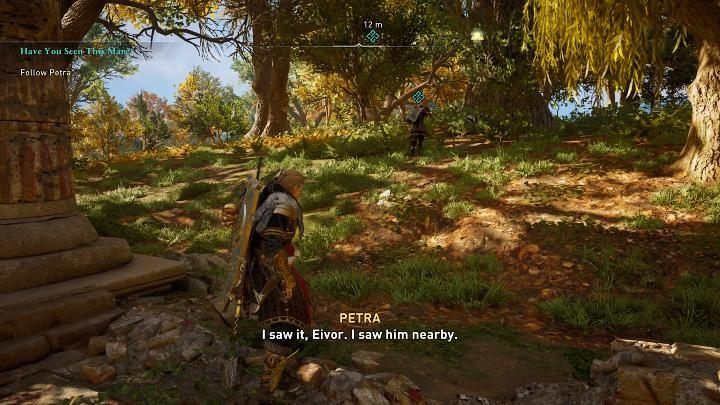 When you hear Petra's voice, get back to the surface and follow her to the spot where she noticed a white deer. At some point, a lightning will strike the ground and Petra will disappear. You must find her. 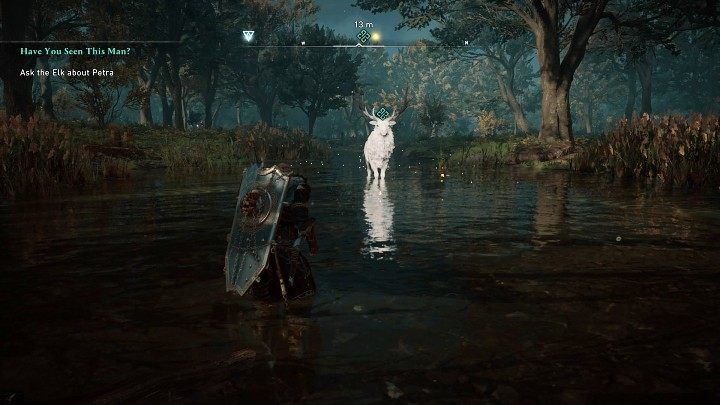 At a nearby pond you will encounter a white elk. Talk to him about Petra, then follow his lead. 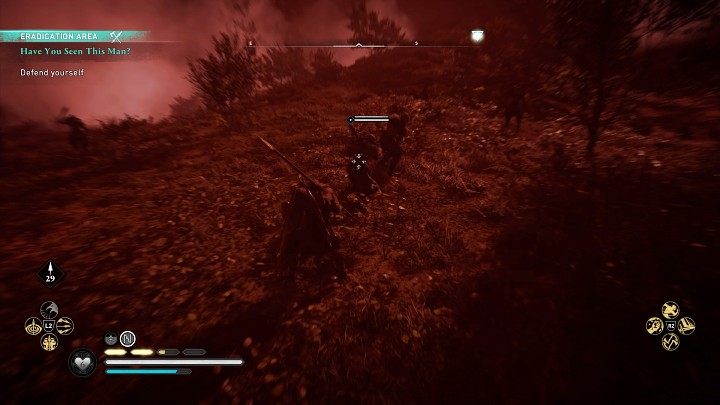 After a while, the white elk will turn into a Jotun. Defeat the shapeshifter and other enemies, who will spawn in a forest clearing after a while. 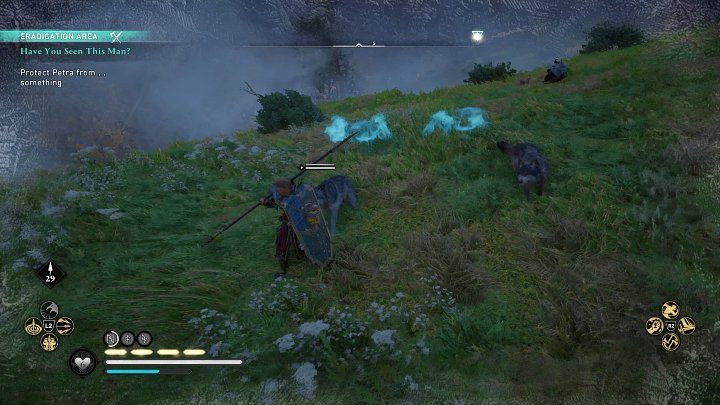 After the fight, Eivor will wake up from the strange trance and will be standing right next to Petra. Follow the woman to a nearby hill and follow her instructions: try to perform a lightning trick (run straight) and protect her from any animals. 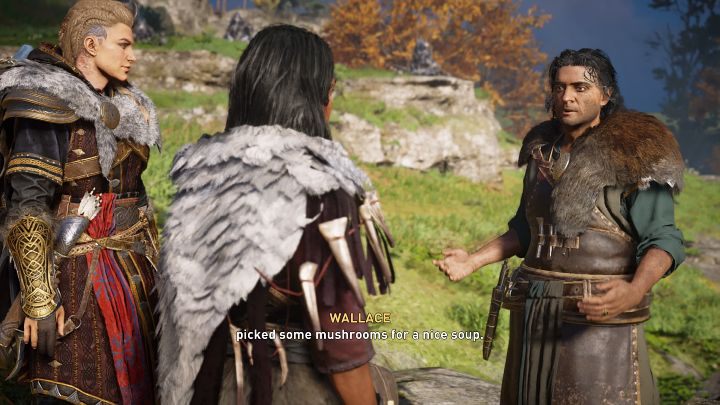 Once a white elk comes into view, start following it. The animal will lead you back to Ravensthorpe. Wallace will appear right next to you. As it turns out, Wallace has collected some hallucinogenic mushrooms and added them to the soup he cooked in the cave - they were the reason behind Eivor's strange visions.