This page of the Assassin's Creed Valhalla guide provides an explanation of The Order of the Ancients storyline ending.

After all the zealots (mercenaries), maegesters, and regular members of the Order of the Ancients have been exterminated and the storyline in England has been completed, Hytham will receive a peculiar message addressed to Eivor. The Jarl of Raven Clan receives an invitation to the settlement of Athelnay. The letter has been sent by The Poor Fellow Soldier of Christ. 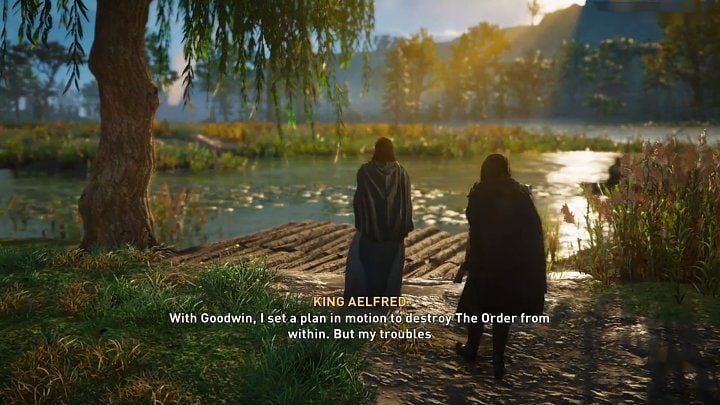 When Eivor goes to the indicated place, he will meet Aelfred, who will confess to all the things he has done under the pseudonym of the Poor Fellow Soldier of Christ. He has had to act very cautiously because the Order wanted him dead and now living in exile has brought him a sense of peace.

It was Aelfred who was the Grand Maegester of the Order of the Ancients, and he hands Eivor the last medallion as proof that England has been liberated from the clutches of that organization. Furthermore, Aelfred will also tell how he inherited the title of the Grand Maegester from his brother, even though he didn't want it at all. Along with his faithful servant, Goodwin, he devised a plan to destroy the pagan organization from the inside, which Eivor helped him with. 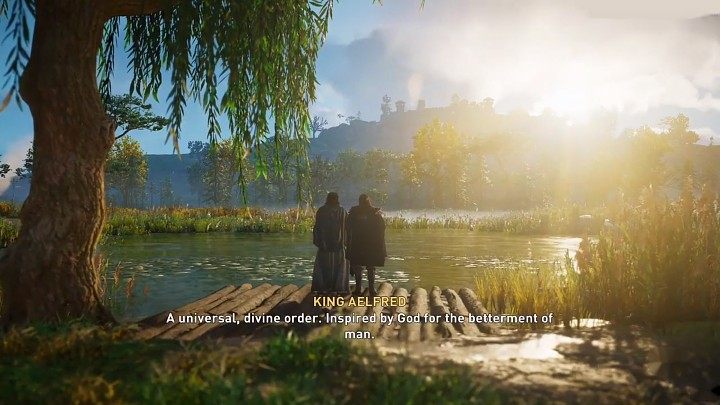 As he admits, Eivor helped lay the groundwork for a new order that would uphold more Christian values. 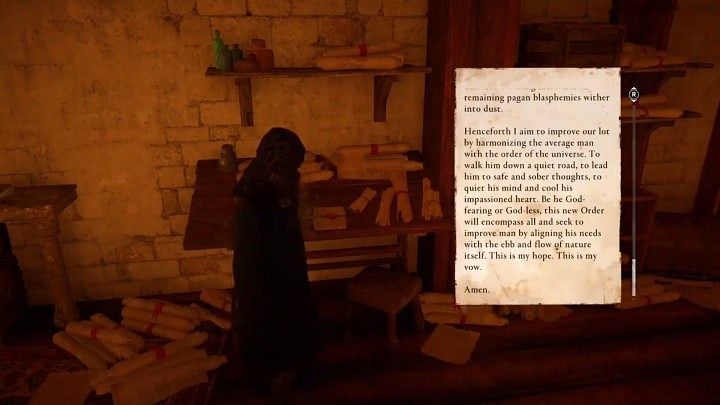 Aelfred hands Eivor the key to his study, where you can read an interesting document dated at May 10, 804. It's a letter from Alkuin to Charlemagne, in which the sender describes all the information he collected about the Order of the Ancients. What's most important, however, is the personal notes of Aelfred, in which he describes the Order he wants to create - the Order of the Knights Templar (the Order of the Poor Fellow-Soldiers of Christ and of the Temple of Solomon).