On this page of the Assassin's Creed Valhalla guide, you will find a detailed walkthrough of the Kingdom's End quest.

Eivor travels to Hamtunscire to help his old friend, Guthrum. 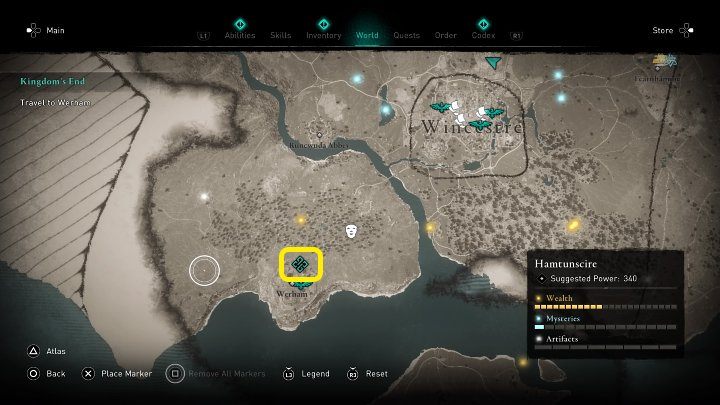 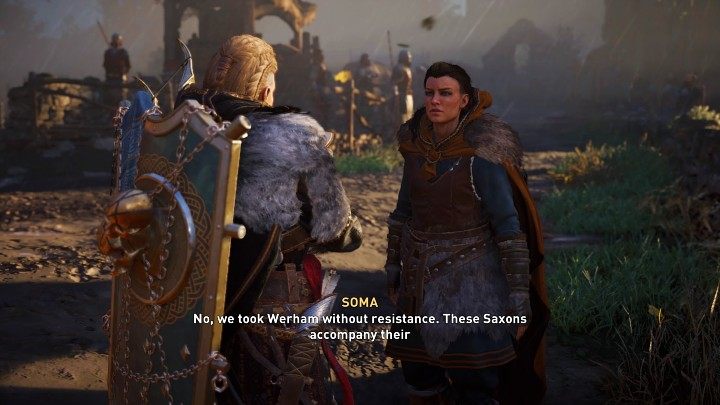 Once there, you will be greeted by Soma, who will inform you about how they managed to occupy Werham and about the current political situation, and then lead you to Guthrum. 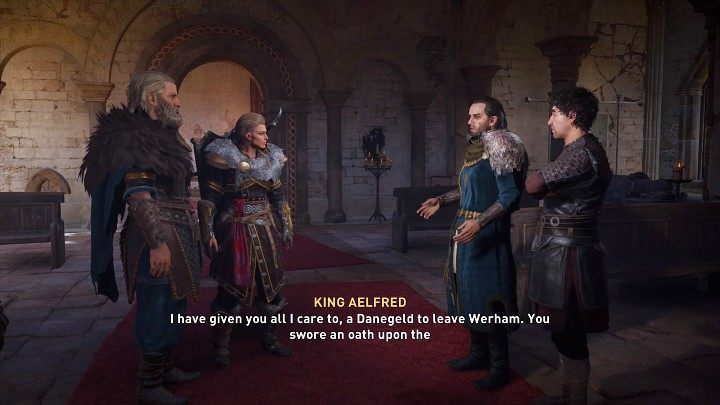 King Alefred will already be in Werham along with his loyal subject, Goodwin. Guthrum demands the crown of Wessex, which King Aelfred refuses to accept, and gives the Normans an ultimatum: they have one day to leave Werham, or he will take the city by force. 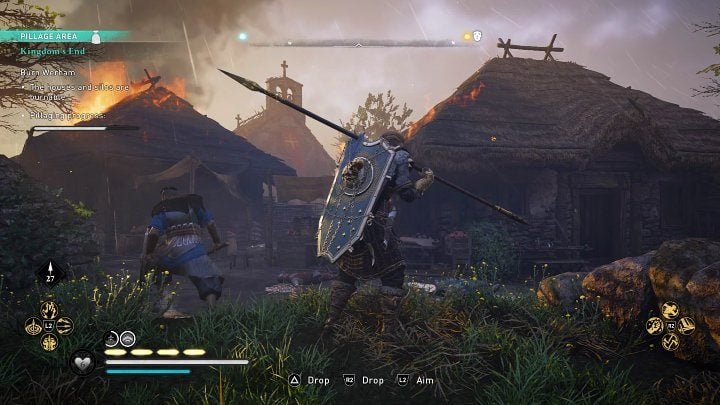 Eivor and Guthrum are not intimidated and decide to burn down Werham and then deal with King Aelfred. Enemy soldiers will try to prevent you from doing your task - but at this stage of the game, they will not be any serious threat to you. Use a torch to set fire to huts and granaries in the city. 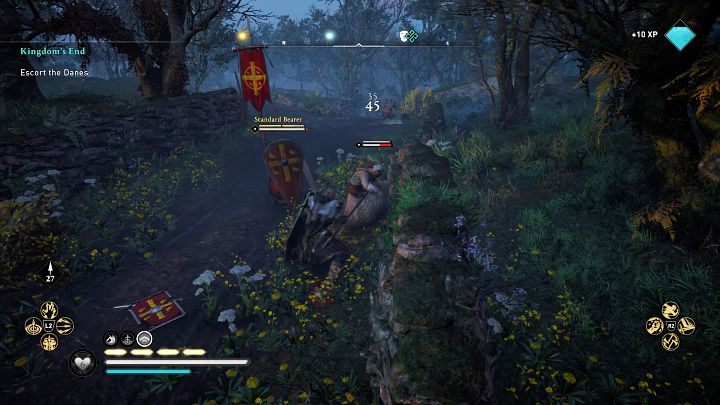 After burning the city, join Soma and escort the Normans to the ruins in the woods. You will encounter several enemy patrols along the way. 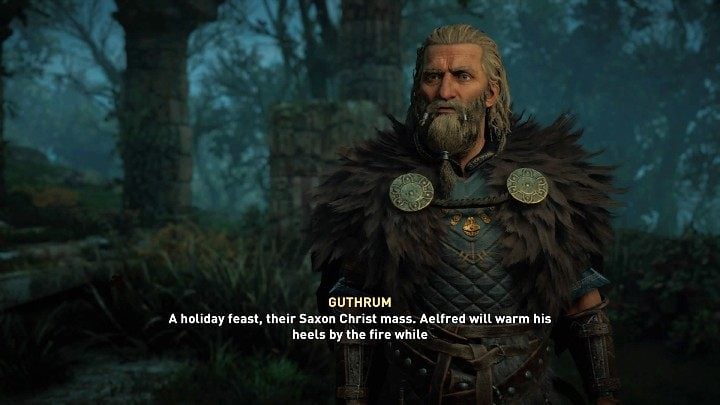 Once there, Guthrum will reveal his plan to you. Aelfred went to Cippenhamm to hold a feast there to celebrate the birthday of his saxon God. The commander will also reveal that he will need his men, whom Aelfred has taken hostage and is holding at the Hamtun Blockade, to fight.

Find and rescue the Danes

There are quite a few soldiers stationed at the Hamtun Dam, and you will find elite units among them, but you can rescue the hostages without having to fight all the enemies. 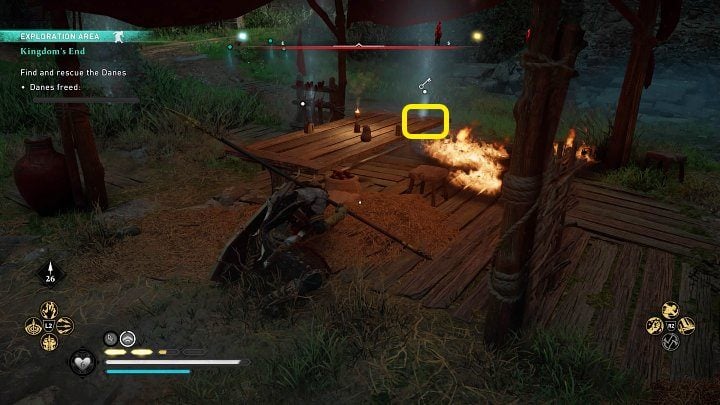 Before you head to the cell where Guthrum's men are locked, make sure to collect the key from the table under the red canopy. 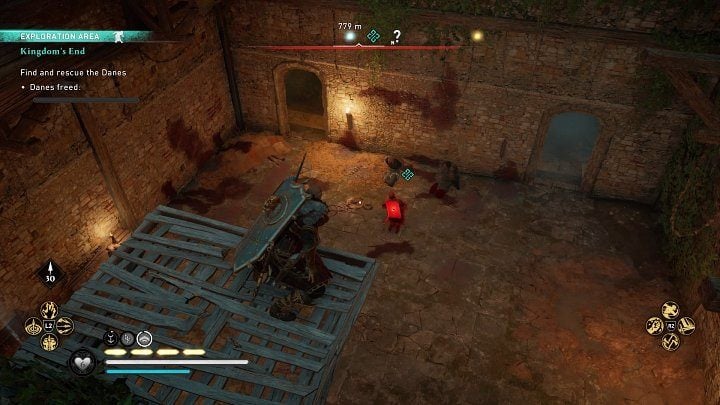 Approach the place shown in the picture above, get rid of the guards, and free the hostages - those locked in the cell too. 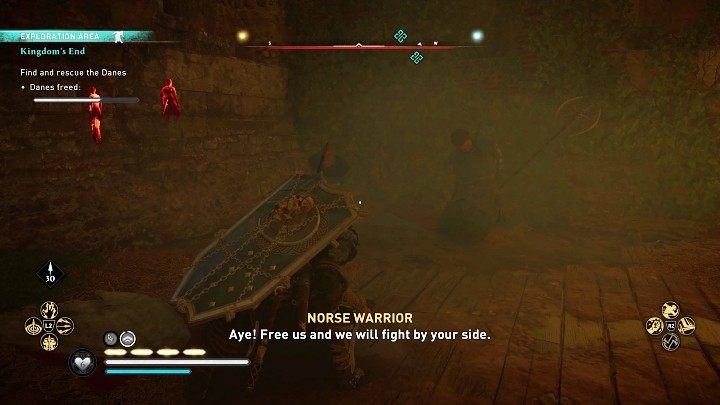 Go now to the building where the rest of Guthrum's men are being held. Go downstairs, free the hostages and unfold the ladder so the warriors can go outside. 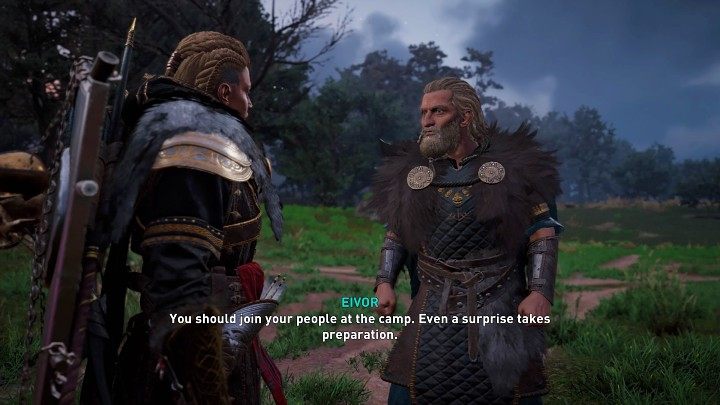 Once all the hostages are free, follow Guthrum to a safe area and speak with him. The mission will end and you will receive 5 100 XP as a reward.