On this page of the Assassin's Creed Valhalla guide you will find a detailed walkthrough of the Binding Fate mission. 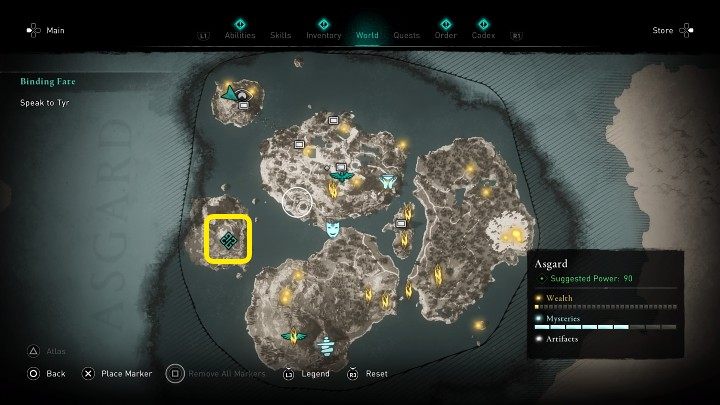 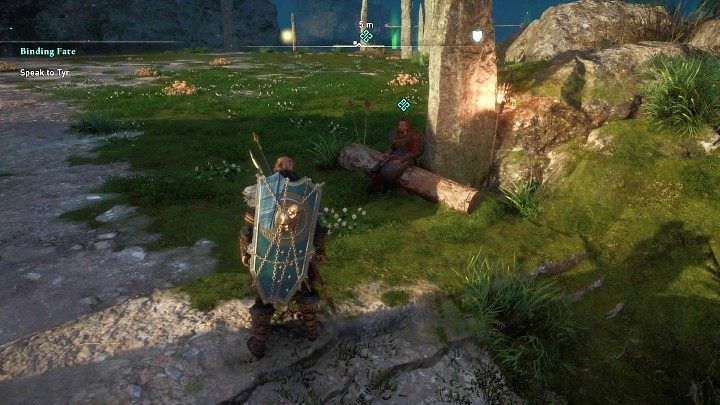 Go to Lyngvi Island to talk to Tyr. The man will inform you that the wolf has been growing this entire time and now he is overwhelmed with sadness, as if he knew what fate awaits him. 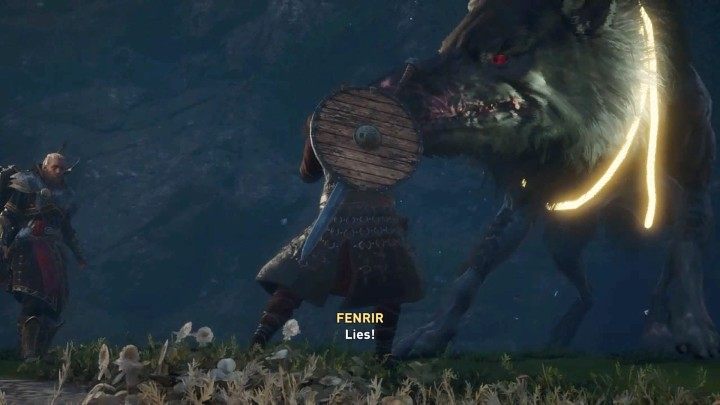 After a brief conversation, Tyr will try to persuade Fenrir to wrap himself with a rope. The wolf will sense that it's all a trick, but when the handler sacrifices himself and puts his hand in its mouth, it will yield and comply with the handler's request. Once Fenrir is wrapped with Gleipnir, he will get angry and will attack. 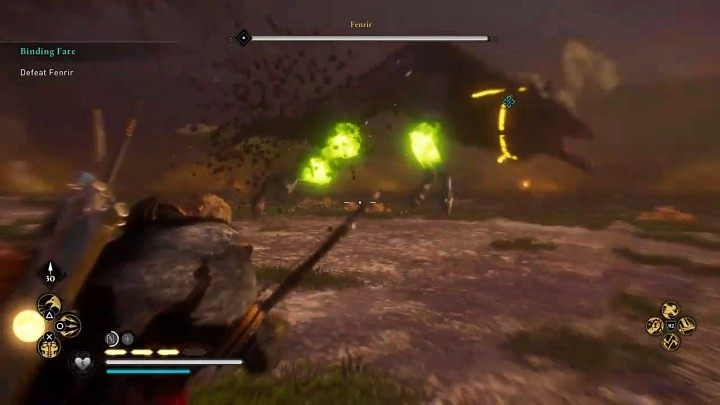 Fenrir is not only huge, but also incredibly powerful and can be difficult to beat before reaching at least power level 300. The wolf's weak points are his legs - you have to aim for them if you want to deal any damage to your opponent.

If you're having trouble defeating this opponent, look around the arena for some mushrooms, which can quickly replenish your character's missing health. You will also find some extra arrows near the mushrooms. 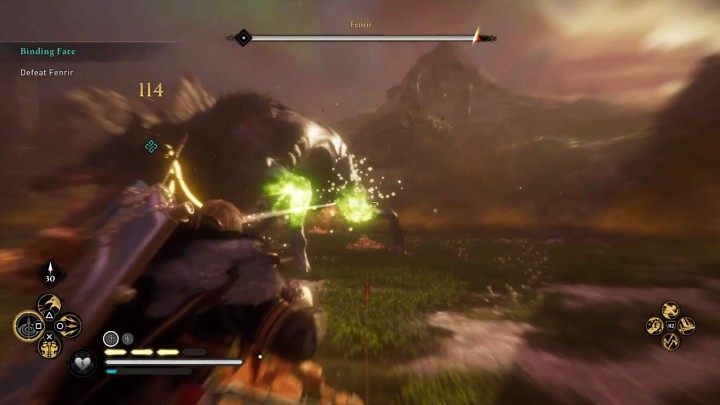 Perhaps the best tactic against this opponent is to wait until the wolf goes underground and then dodge his following attack. Fenrir will remain in the same spot for a moment and you'll have time to attack his hind legs - the safest option is to shoot with a bow with the Focus of the Nornir ability enabled. 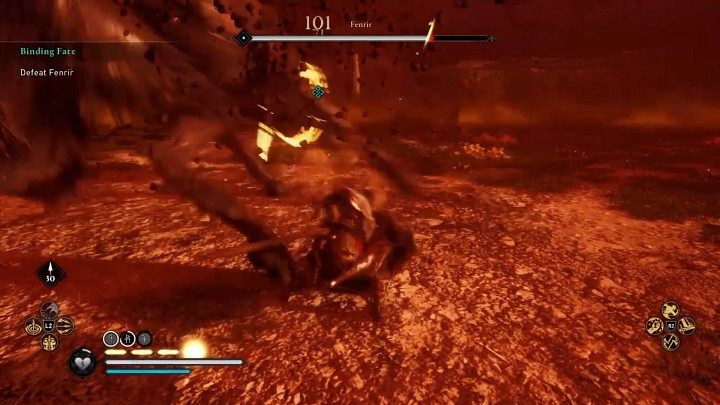 If you want to use melee weapons, wait until Fenrir has completely dug himself out of the ground, as he is invulnerable to blows during the animation, then position yourself behind his hind paws and get some quick attacks in. 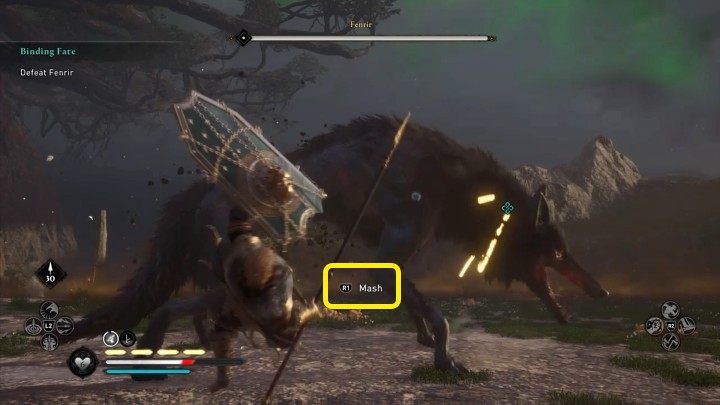 If the wolf hits you with its burrowing attack, it will throw you into the air and then grab you in its mouth and start biting you, dealing significant damage in the process. Press the button that appears on the screen to free yourself from his grip. 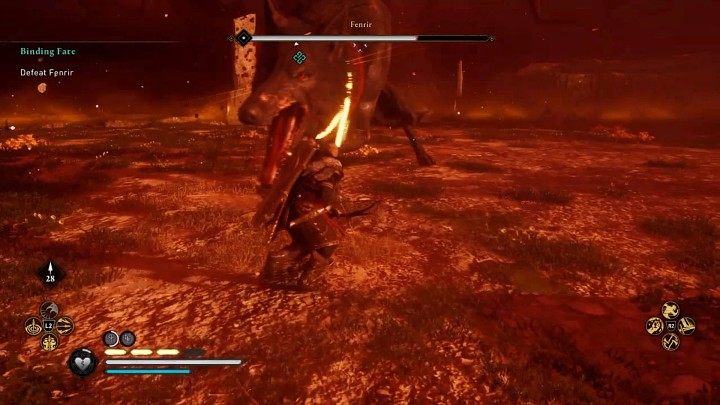 Despite his enormous size, Fenrir is able to lunge at his opponent with surprising speed. This attack is indicated by a red rune flash and you can dodge it. The best way to do this is to jump to the side, as this will give you a chance to retaliate with two quick attacks. 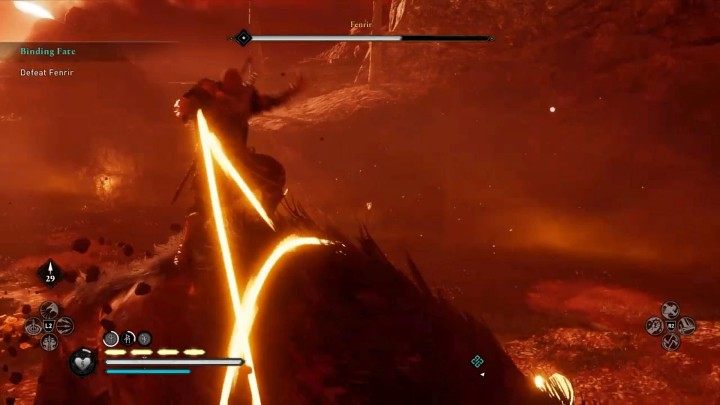 Once Fenrir's health drops by about 1/3rd of the bar, you'll be able to grab Gleipnir and bind your opponent tighter. This will complete the first phase of the boss duel. 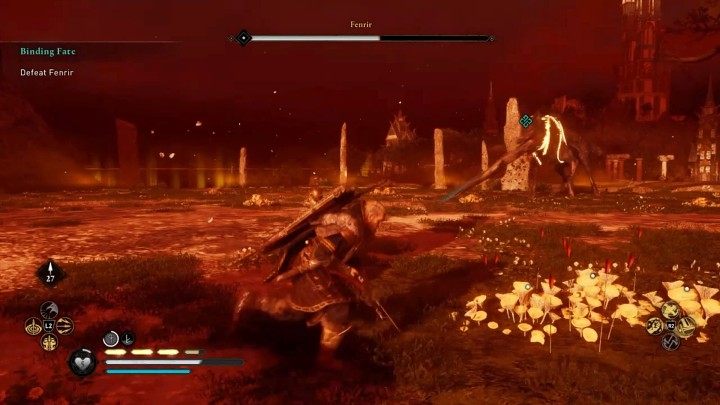 In the second phase of the duel, Fenrir will grab a massive tree trunk in his mouth and perform sweeping attacks. His blows will have a much longer range, so be on your guard. Dodge the wolf's attack, and when he momentarily loses his balance, use that opportunity to aim a few blows at his hind paws. Fenrir will, of course, use his other abilities, as well. 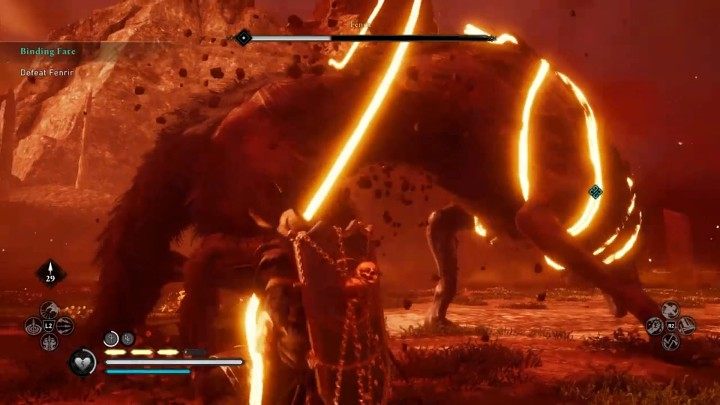 Once your opponent loses another 1/3rd of his health, you will be able to grab the Gleipnir to bind him harder. This will complete the second phase of the boss duel. 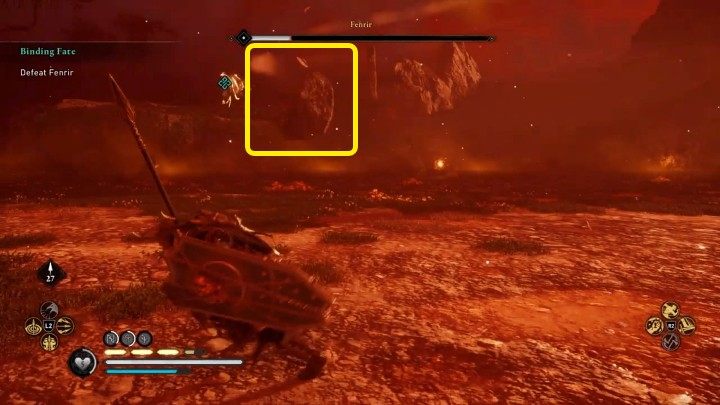 During the third phase of the duel, Fenrir will jump onto a nearby cliff and start hurling boulders in your direction. Avoid incoming projectiles and wait - you can't damage the wolf when he's standing on the cliff. 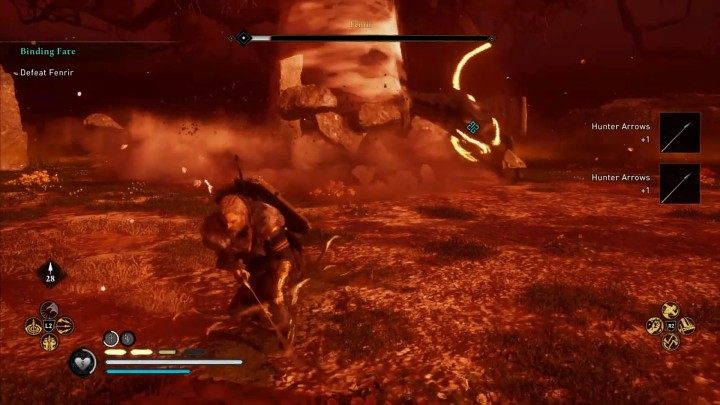 After a while, the wolf will jump to you again, which will give you a chance to continue the fight. Watch out for his special attack though - Fenrir will run in circles, creating a dangerous tornado you need to stay away from. 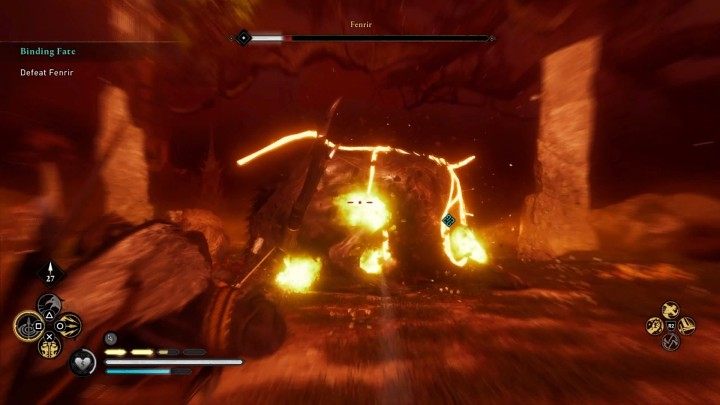 Keep your opponent at a distance and target his weak spots, or hold your position behind his hind legs and attack with a melee weapon, and over time you'll be able to reduce Fenrir's health points to zero. 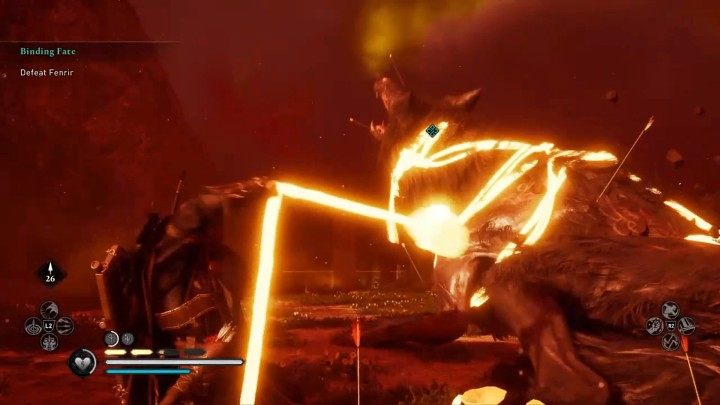 When Fenrir's health drops to zero, you will be able to bind him one last time and finish the battle. The mission will end and you will receive 1700 XP as a reward.

Immediately after defeating Fenrir, you will unlock an additional story mission Cheating Fate, which is related to one of the Assassin's Creed Valhalla endings.