On this page of the Assassin's Creed Valhalla guide, you will find a detailed walkthrough of The Horn of Ragnar side quest.

Reward for completing the mission: 1200 XP. 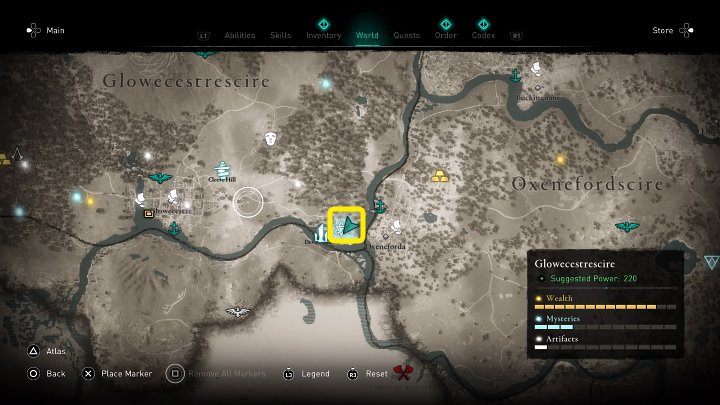 In the place marked in the picture above, you will meet Bron. The man will claim that he accidentally dropped the key to his house and it disappeared into the river. If you help him, Bron promises to show you a horn that may have belonged to Ragnar Lothbrok himself. 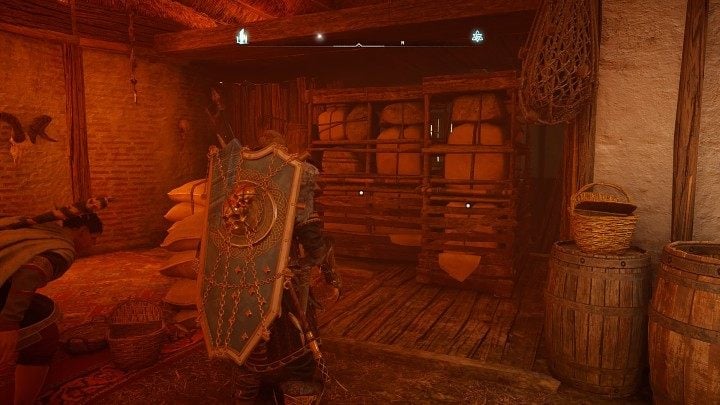 Walk up to the door and help Bron break it down, then look around inside the hut. You need to push back two heavy bookcases to enter a hidden room. Inside you will find a medallion - take it. 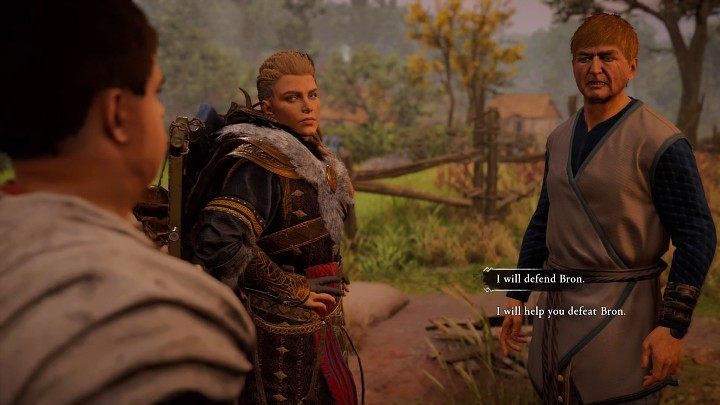 After a while, the homeowner arrives on the scene. It turns out Bron used you to steal a valuable necklace. You have to decide whose side you will choose: