On this page of the Assassin's Creed Valhalla guide, you will find a detailed walkthrough of the Closing the Vault quest.

Feeling that their investigation is nearing its end, Eivor and Ljufvina head to the archives to confirm their suspicions about the Vault identity. 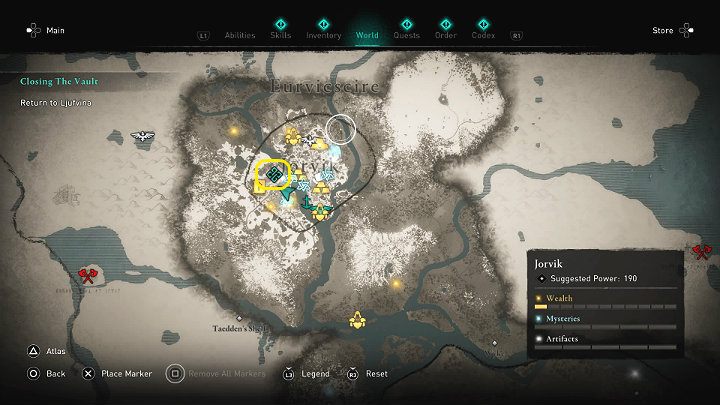 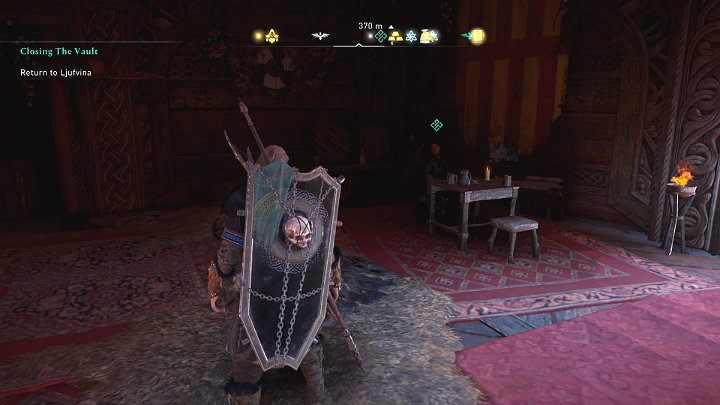 After you've managed eliminate The Needle, it's time to return to Ljufvina and report back. Interestingly, Needle used the seal of the council. Apparently, the Red Hand has his man among the council members. 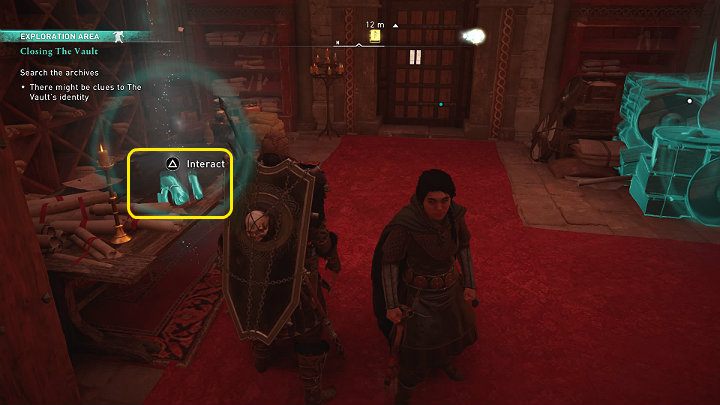 You will find several scrolls in the archives. One of them contains a list of goods needed at Jorvik for the Yule feast, written by Audun's hand. Some expensive goods have already been purchased and crossed off the list, although the city treasury is empty. 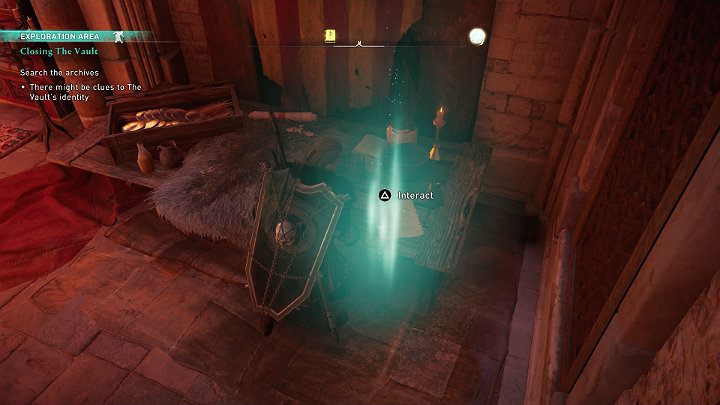 You will find a letter marked with the seal of the council in the corner of the room. In it, Hjorr wrote which goods could be brought to the marketplace for melting. He does not want to tell his wife about this. 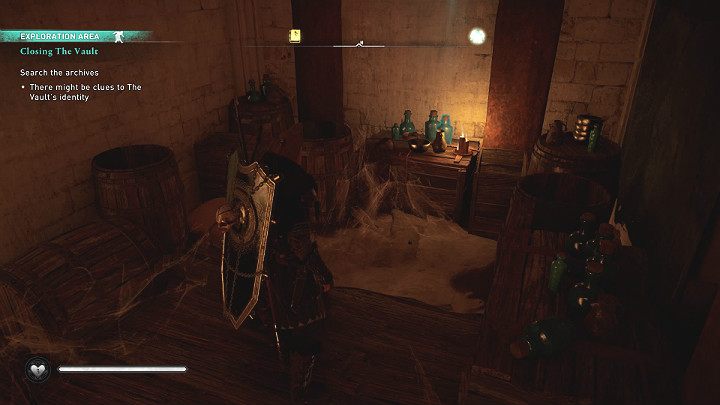 Smash the boards blocking the entrance to the hidden room and explore it. There was wine stored inside, but it had already been taken. It is possible that the beverage intended for the feast was poisoned. 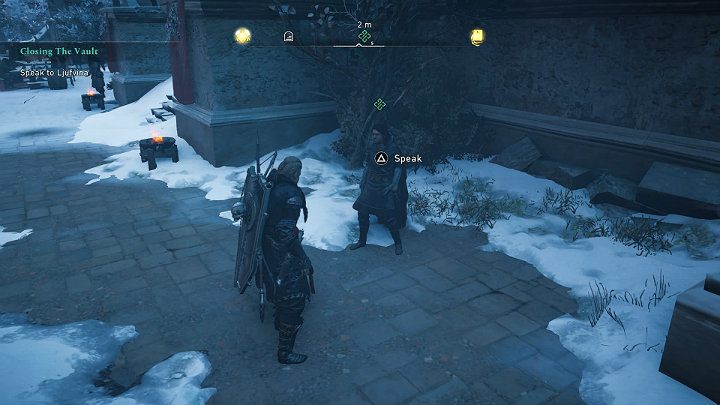 The feast will be held at the Arena in Jorvik. When you get there, talk to Ljufvina to discuss the plan. 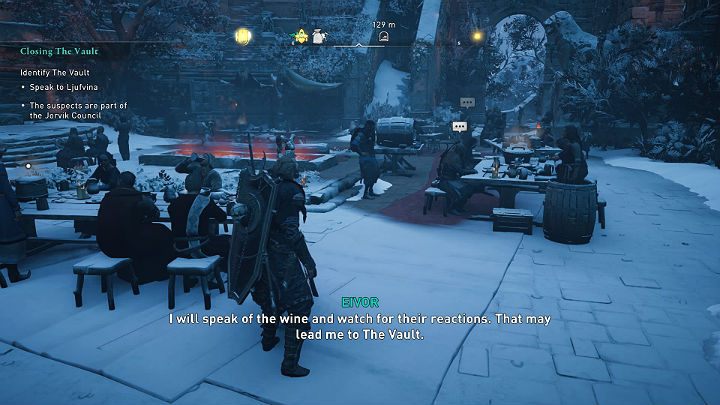 It's time to question all the council members and see if any of them accidentally reveal their true identity. 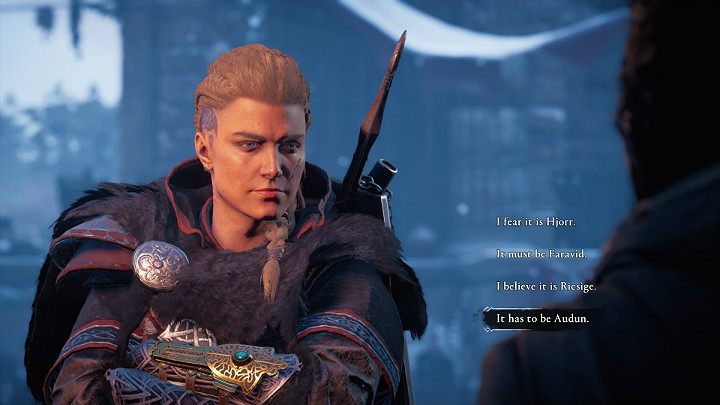 The Vault is Audun, and here are pieces of evidence.

What happens when you pick the wrong person? In fact, nothing. You will move on to the next stage of the quest, and Audun will reveal his identity anyway. 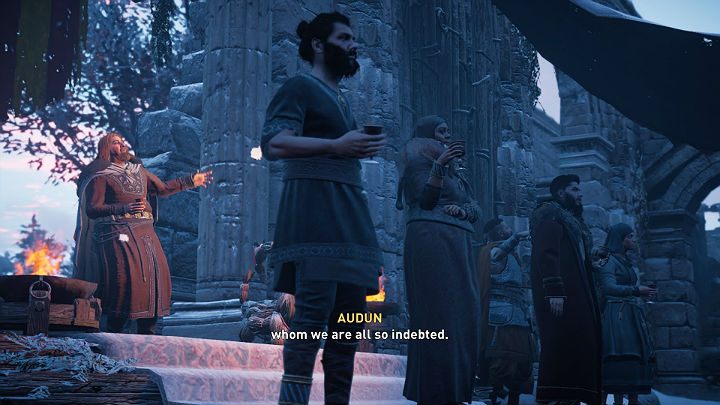 After a while, you will watch a cutscene in which Audun introduces the guests of honor, the Lords of Jorvik, to everyone who has arrived. All who taste the wine will be poisoned, and Audun will reveal his true identity. 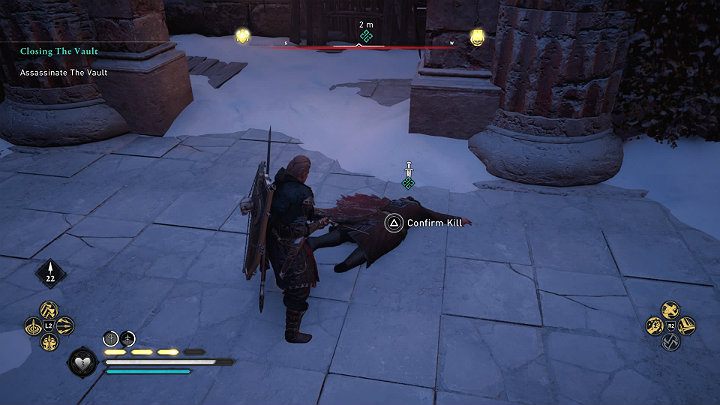 The Red Hand's men will appear, but your main target is the Vault, who will immediately throw himself into flight. Catch up with your opponent, then eliminate him and confirm the kill. 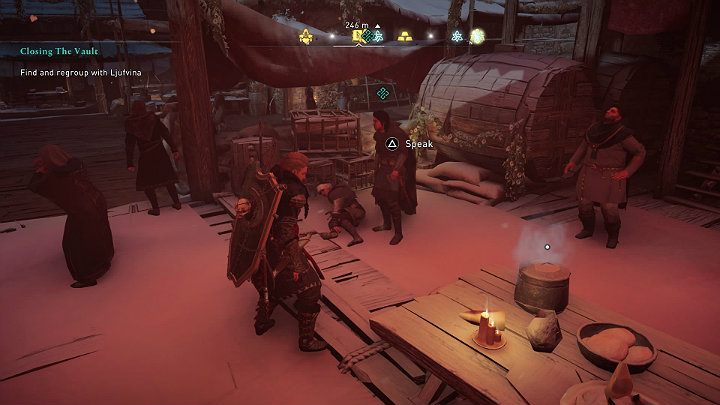 After the fight, talk to Ljufvina and then head to the royal residence to speak with Ricsige. During a cutscene, Eivor will tell Ricsige about involved in the conspiracy and that the threat has been neutralized. 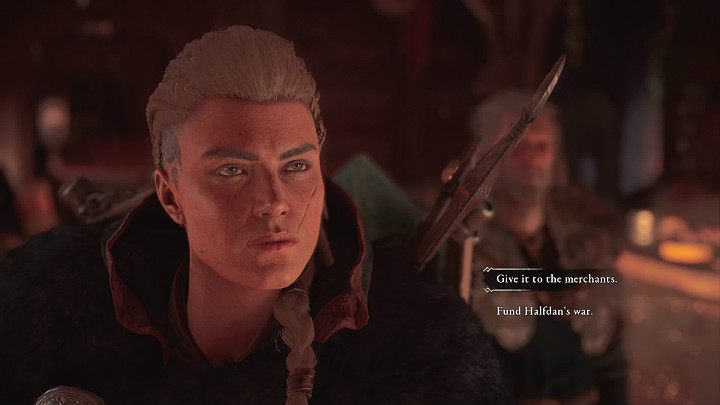 You will also be able to advise Ricsige on what to do with the silver that still remains in the sewers beneath the city.

You will gain an alliance with Jorvik, and the quest will end. As a reward, you will receive 5,100 XP.