On this page of the Assassin's Creed Valhalla guide, you will find a detailed walkthrough description of the quest The Welcoming Party.

On the trail of the Order, Eivor travels to Jorvik in search of her old friends Hjorr and Ljufvina, whose help may prove vital. 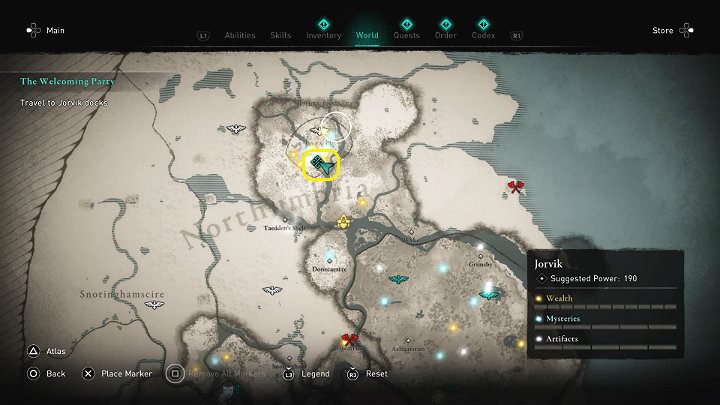 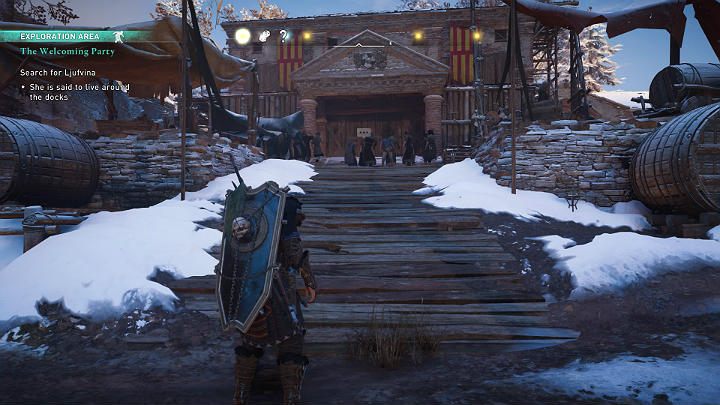 First, you need to look for Ljufvina, who is said to have lived somewhere around the docks. Walk up to the agitated crowd and talk to the dockmaster. The man will rather puzzlingly reply that you should go to a mansion surrounded by flowers - this is where Hjorr and Ljufvina live.

When you enter the mansion of Eivor's friends, you will notice signs of a break-in and a corpse. You need to explore the room and find out what happened. 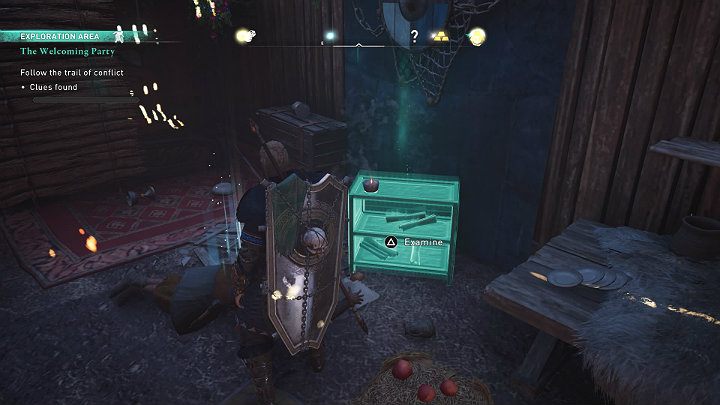 The first clue is a small table with scrolls scattered about. Someone was clearly looking for something among the documents. 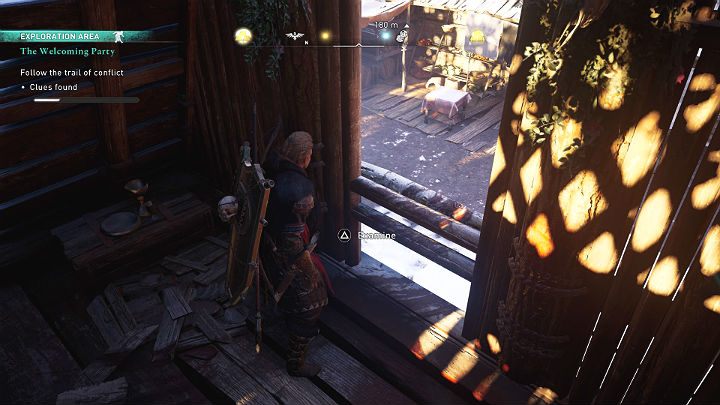 On the upper level of the mansion, just off the balcony, you will find signs of a fight. Jump down to the street. 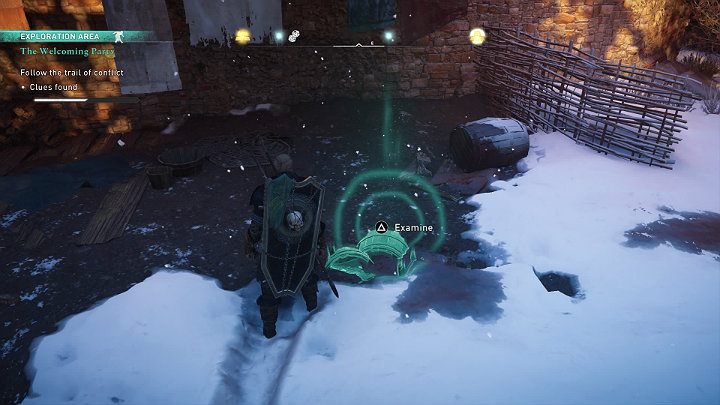 Examine the broken barrel. You will find traces of blood, but no bodies. Certainly, the fight has moved outside. 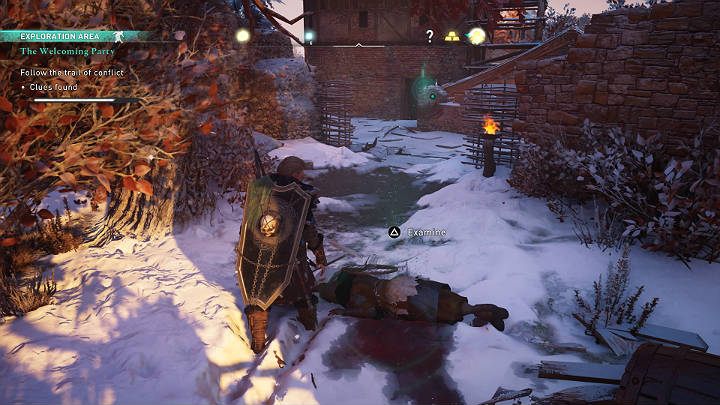 You will find another clue a little further to the right - the corpse of one of the thieves - and the trail continues towards a nearby building. 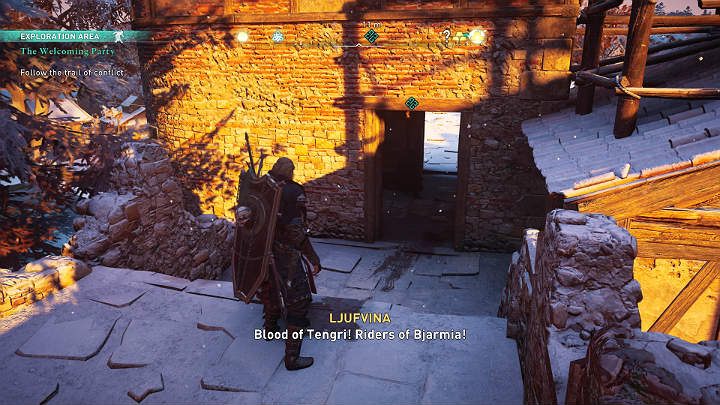 Enter the building opposite of the corpse and you will find Ljufvina. A woman was ambushed and some people tried to kill her, all because she is in possession of a certain valuable document signed by a Poor Fellow-Soldier of Christ.

Escort Ljufvina to the Royal Hall 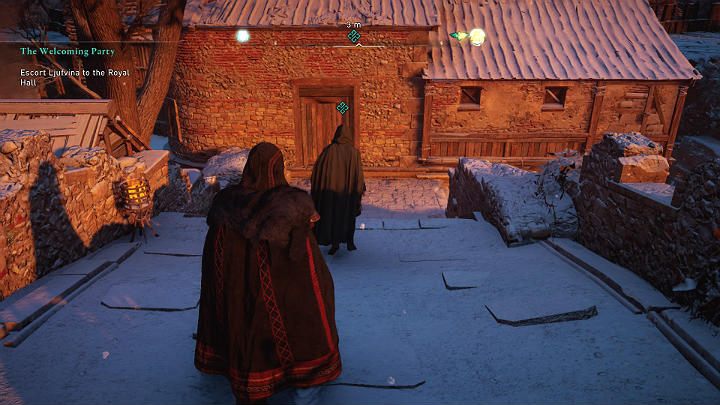 Go with Ljufvina to the royal palace to meet Hjorr. As you hike, you can pull up your hood and try to stay out of sight. However, once your presence is discovered, the guards will immediately attack. 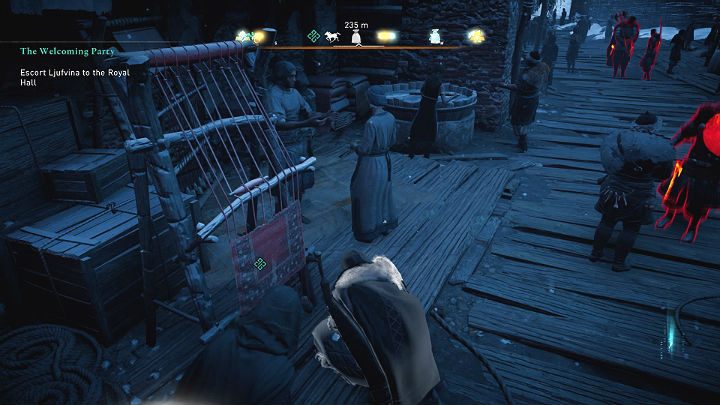 Make use of the interactive elements of the environment and blend in along the way. Especially when the guard patrol will be passing right by you. The woman will tell you about the Red Hand organization, which is trying to take control of the city and manipulate the local thugs. 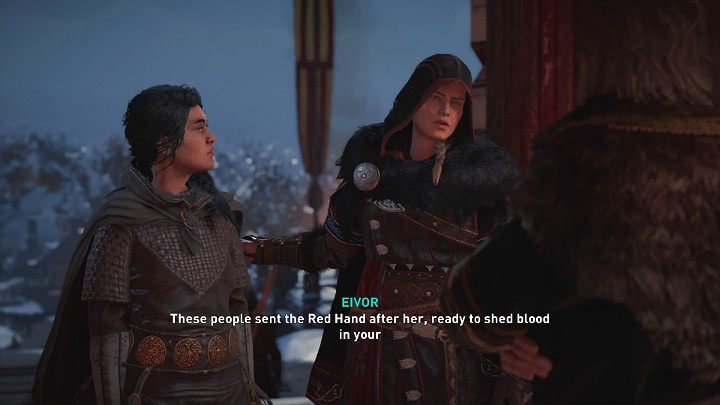 When you reach the royal residence, you will watch a cinematic interlude in which Eivor warns Hjorr about three people, traitorous and deadly, who are acting at the behest of the Order of the Ancients: The Needle, The Firebrand, and The Vault. He hopes that an old friend can track them down and expose them before they reach for power in the city. 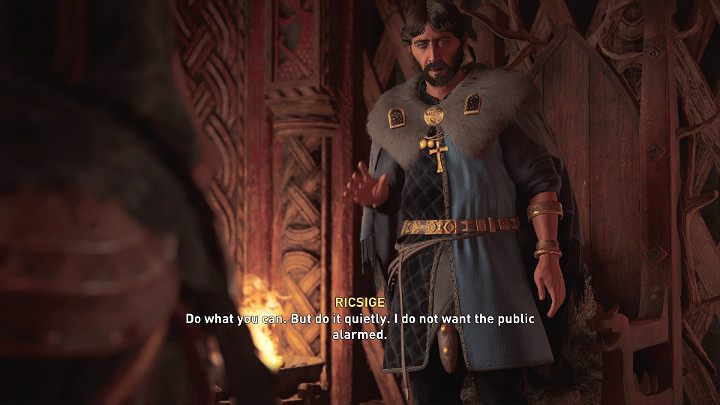 Hjorr will lead Eivor to a meeting with Ricsige. The man gives Eivor his blessing, but the hero is to act quietly, not spreading havoc among the population. 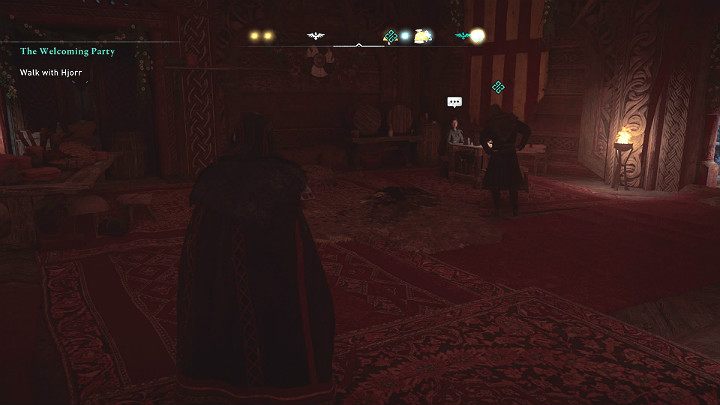 After the audience is over, go with Hjorr to meet Ljufvina. The woman will tell you that the Red Hand not only steals everything they can get their hands on, but they pay special attention to Christian texts - apparently, they are stubbornly looking for something in them or want to destroy them. After the conversation, the mission will end and you will receive 3 400 XP as a reward.