On this page of the Assassin's Creed Valhalla guide, you will find a detailed walkthrough description of the Aflanc the Terrible side quest. 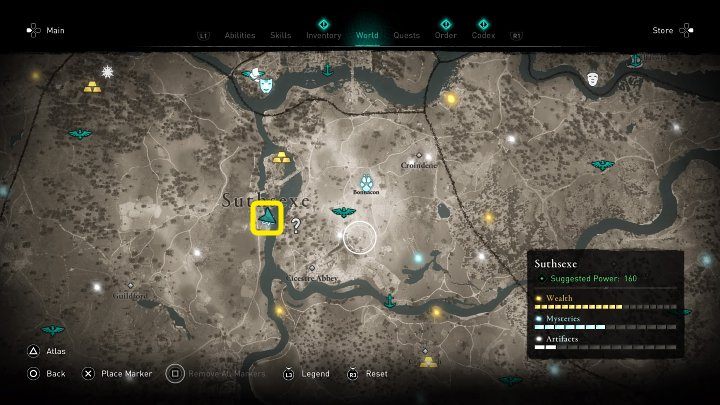 In the place marked on the image above, you will witness a scene where an angry father is giving a sermon to his daughter. 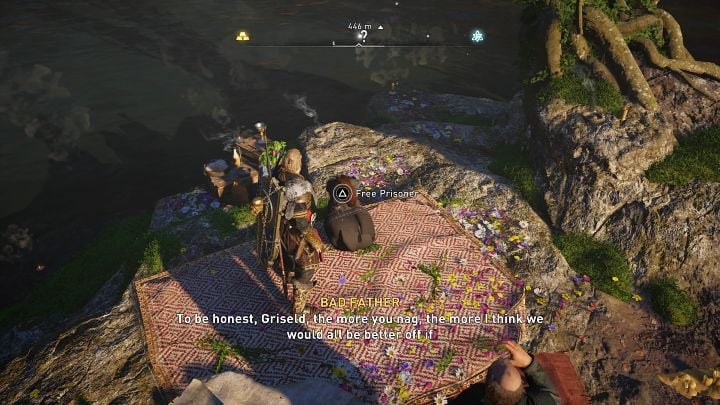 Free Griselda, and then speak with her father, who wanted to sacrifice his daughter to Aflanc the Terrible (a water beast that sends floods to their farms) to appease him. 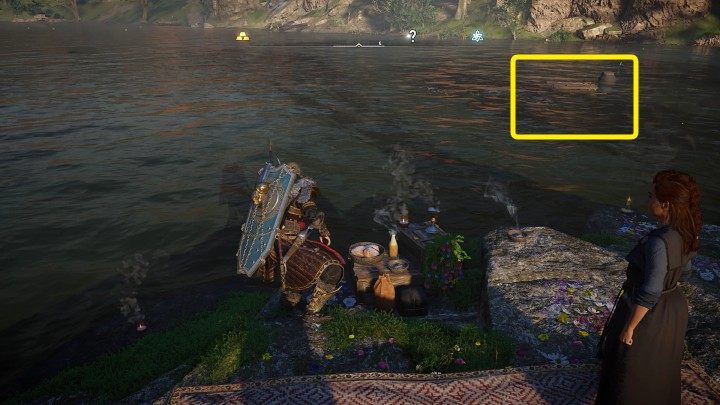 After a while, the man will state that he saw the beast in the water. Dive into the area where various objects are drifting, swim to the boat wreck, and take the rope from there, which you will present as proof that the monster does not exist. 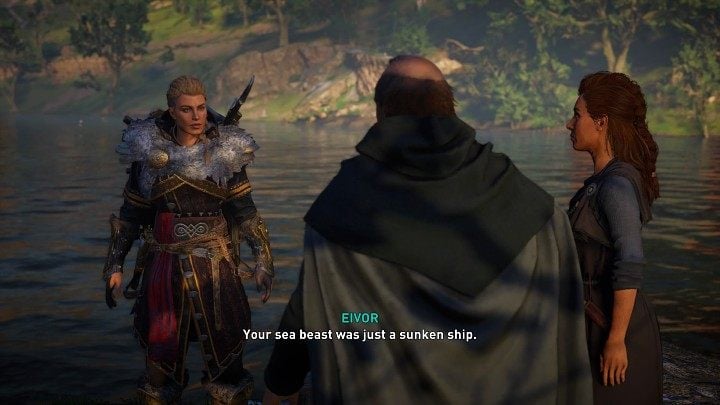 Go ashore and explain to everyone gathered there that the underwater monster is just a sunken boat. After a while, the secret of Griselda's father will be revealed, and the mission will end.