On this page of the Assassin's Creed Valhalla guide, you'll find a detailed walkthrough description of the boss fight against The Builder. You will learn when you'll need to confront The Builder, what attacks the boss possesses and how to avoid them, as well as how to defeat him effectively and quickly.

The duel with The Builder takes place during the story mission The Big Finish. A mysterious man who calls himself The Builder arrives in Asgard and offers to erect a powerful protective barrier for Asgard in exchange for arranging a marriage with Freyja. The gods, eager to outwit the newcomer, commission him with the impossible task of raising a barrier in just 9 days. To their great surprise, The Builder managed to meet their demands and demanded to claim his reward. A confrontation ensues between the gods of Asgard and The Builder, who reveals his true face. 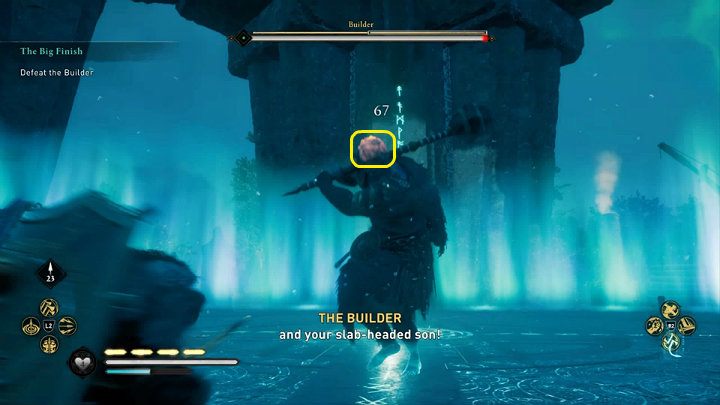 The Builder is a giant-sized opponent who fights with a powerful double-handed battle-hammer. The boss has one weak spot on the top of his head. When you hit him twice, The Builder will be stunned, which opens him up for heavy damage with a single blow. 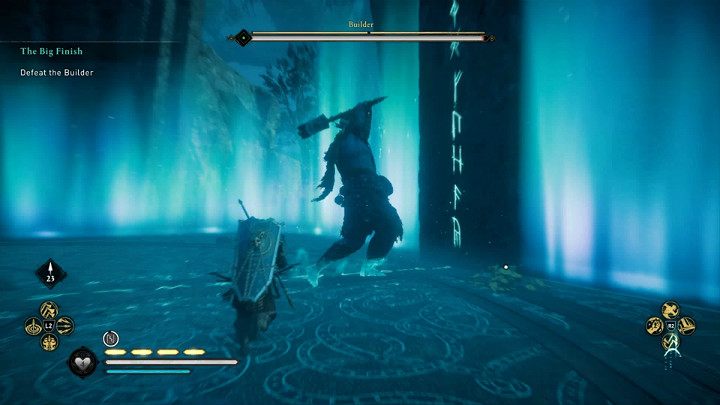 Due to his enormous size, all the attacks he makes are signaled and easily avoided. 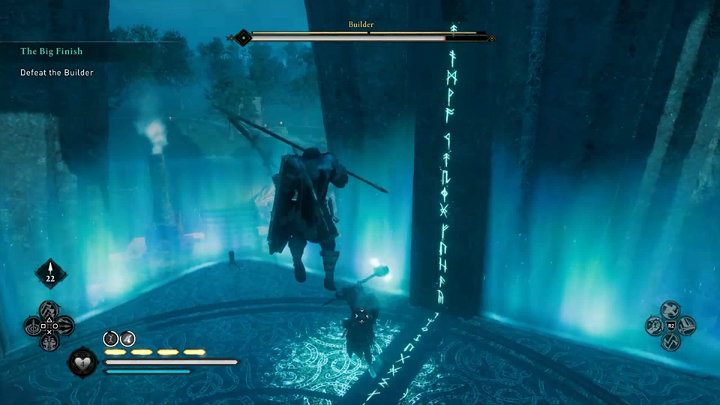 The Builder has access to special energy attacks on top of the usual signaled attacks that can be successfully dodged. They can throw Eivor (Havi) into the air, which gives you a chance to hit the boss's vulnerable spot, but at the same time, falling from such height can result in a lot of injuries. 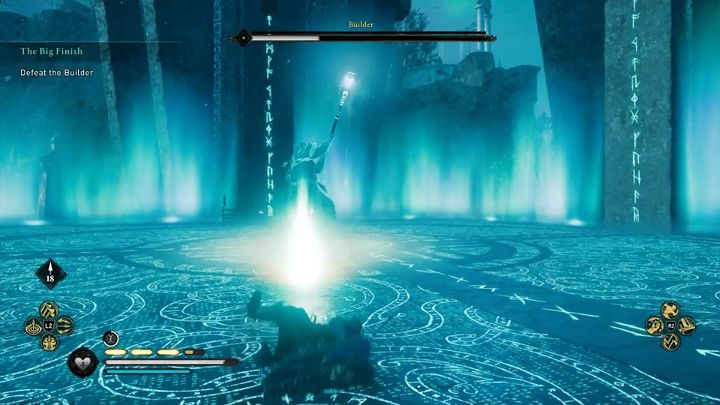 The Builder's second special attack is a frost energy beam that he can send across the arena floor. When Eivor (Havi) is hit, the energy will knock him to the ground, making him an easy target to attack. 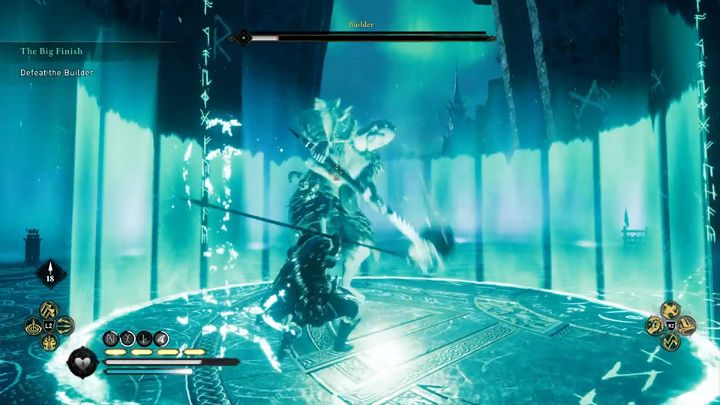 When the opponent's health drops below 50%, he will use supernatural powers to strengthen himself significantly. Using his hammer, he will now create a barrier that can trap Eivor (Havi) within a small area. However, before the barrier closes, you have a few seconds to react run away. If you are caught, you will not be able to cross the barrier until its effect has passed. 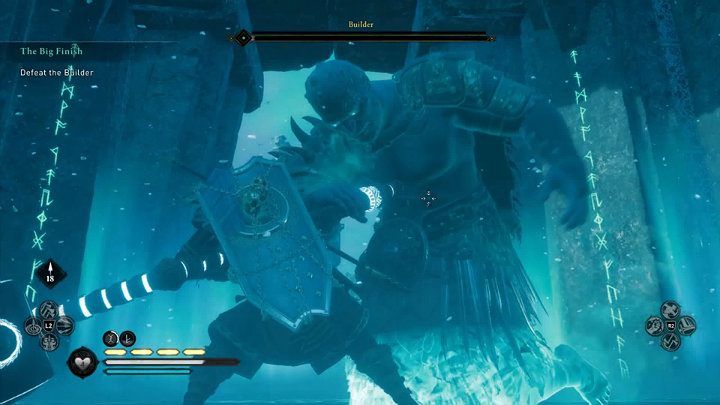 Don't get caught, dodge the Boss's sweeping attacks and make quick counter-attacks, and you should be able to take down The Builder efficiently. After the fight, Eivor (Havi) will have no mercy on his opponent and immediately finish him off.