On this page of the Assassin's Creed Valhalla walkthrough guide, you will find a detailed walkthrough description of the mission The Price of Wisdom.

Eivor (Havi) obtained honey from Suttungra's private vault. It is time to go to the Well of Mimir and bring it to Hyrrokin. 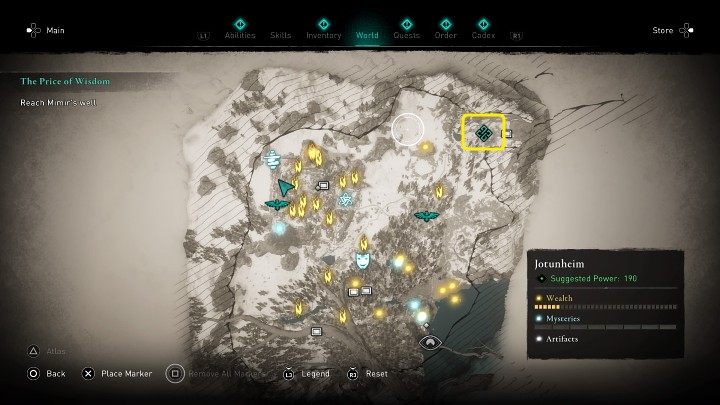 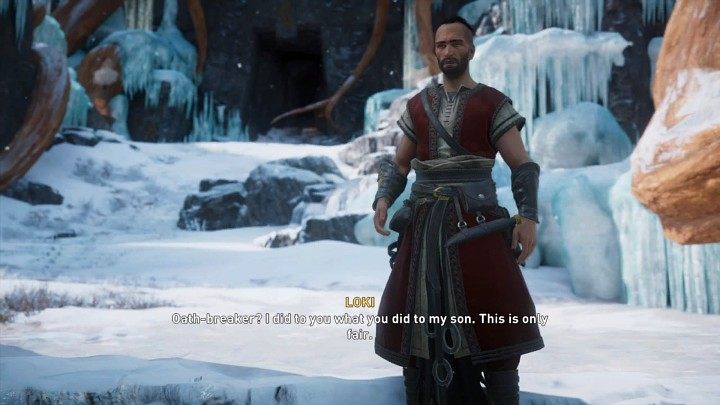 Go to the place marked on the world map. Before entering Mimir's Well, you will meet Loki, who threatens Eivor (Havi) with death and demands that he release Fenrir, resulting in a fight. 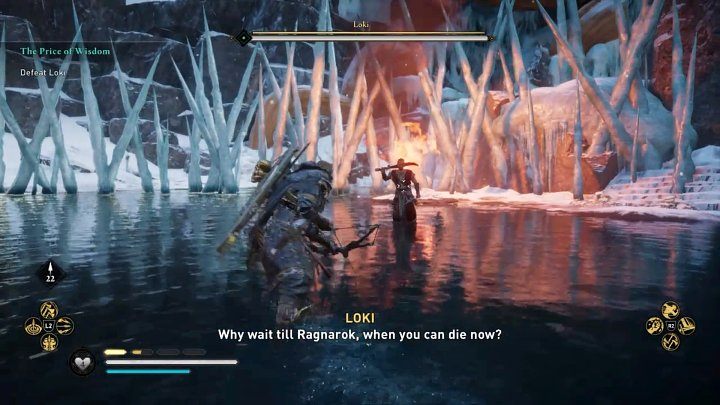 Loki is a clever and cunning opponent who uses illusions while fighting to confuse his opponent. His likeness will appear all over the arena - when you hit them, they will vanish into thin air. This opponent also often uses offensive magic and can hurl magical projectiles at the enemy, which you need to avoid. 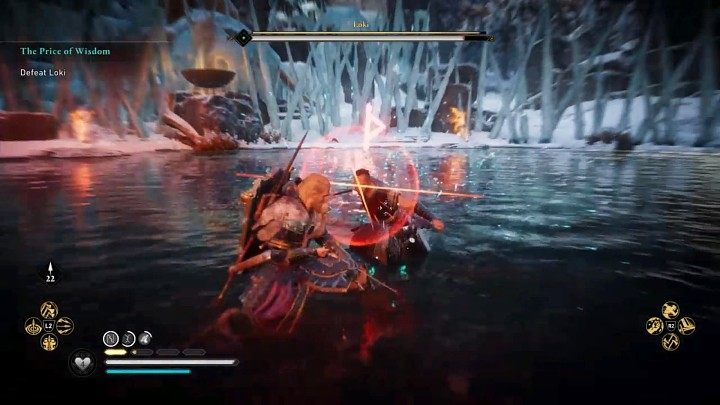 The god of trickery has an assortment of unblockable attacks, which are indicated by a red rune flash - you must avoid them, too. 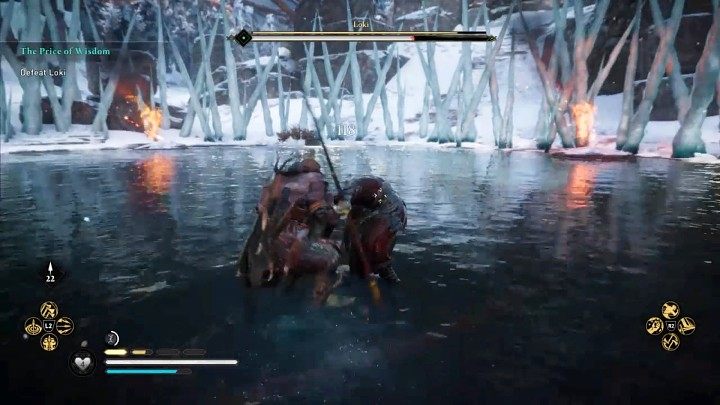 Loki is not too resilient, so if you manage to hit him once, you'll have a chance to unleash a quick combination of punches that will heavily damage his health bar. Firing arrows from a bow is just as effective, especially when aiming at his head. Each projectile will do considerable damage. 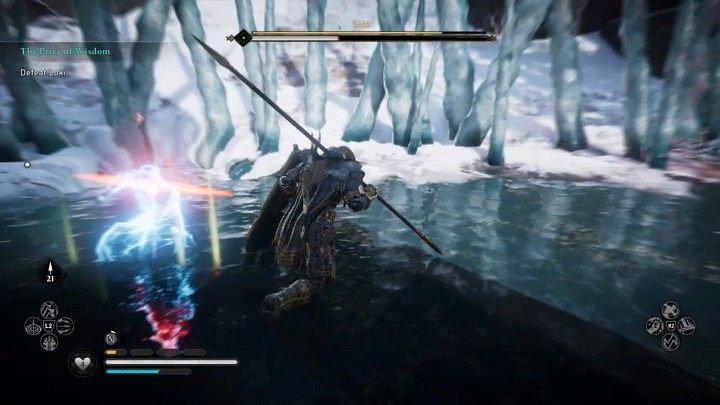 Loki can also teleport behind his opponent's back and strike by surprise. As soon as you see the blue glow and Loki's outline, perform a dodge. 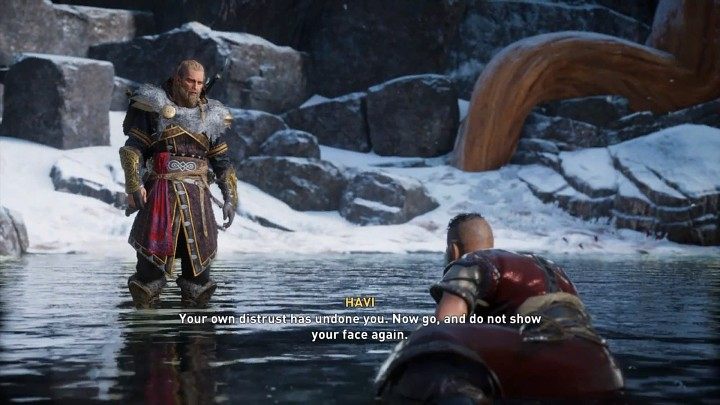 After the fight, you will not be able to kill the defeated opponent. Loki will turn into a fish and dive into the water, thus leaving the location. Go straight to Mimir's Well.

Hyrrokin will be there waiting for you, as she promised. Honey by itself is not magical, but when combined with the holy waters in the well it will ferment into its proper form. Mimir demands that Havi make a sacrifice and give a part of himself to the waters of the well to obtain what he needs - immortality. You will watch a short movie interlude at this point.

You can now leave Jotunheim (wake up). The mission will end and you will be rewarded with 3,400 XP.