On this page of the Assassin's Creed Valhalla guide you will find a detailed walkthrough description of the Extended Family mission.

Eivor (Havi) presents the proposal the Builder made to the gods.

Reward for completing the mission: 3,580 XP. 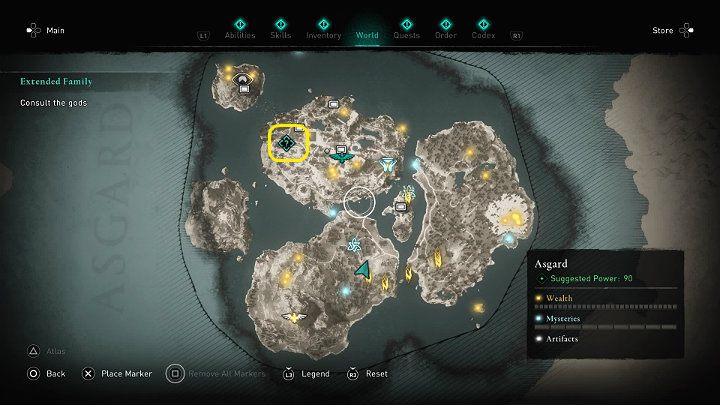 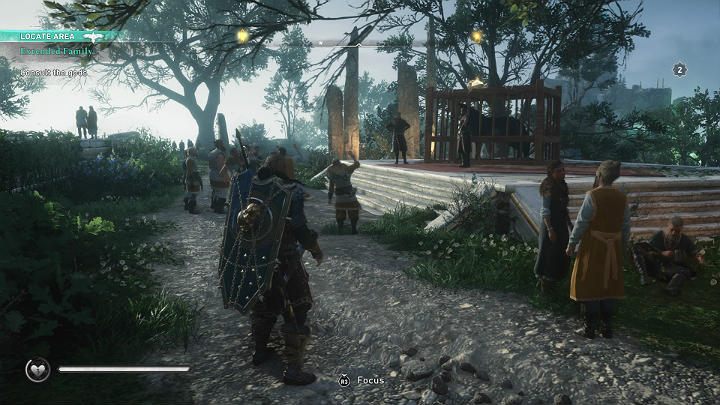 When you arrive in Asgard, you'll meet Loki and Tyr, who marvel at the size of the caged wolf. Havi does not share their enthusiasm and is clearly concerned about the pace at which the animal is growing. You will learn from the men that Freyja is currently in the company of Thor. Head in their direction and take Loki and Tyr with you. 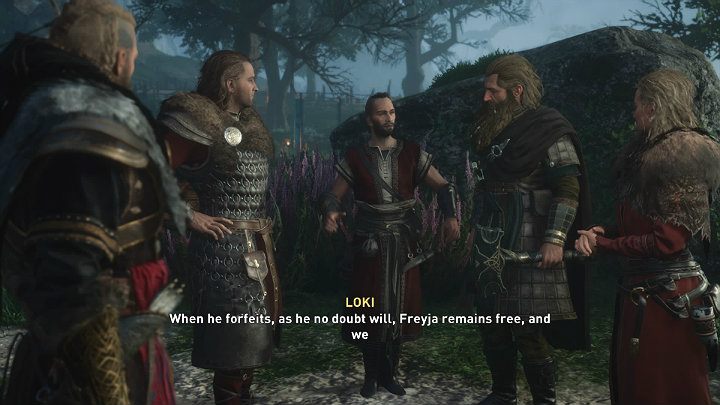 Havi will inform the gathering that the Builder has kept his word and already showed him the protective barrier's capabilities. When you tell Freyja that the price for this protective magic is herself, the goddess will throw a tantrum. Loki proposes a seemingly clever plan that involves tasking the Builder with an impossible task - erecting the barrier in just 9 days. Loki is certain that the man will not be up to the task, Freyja will be free, and the gods will finish building the protective shield on their own. Despite Freyja's doubts, Havi agrees to this solution. 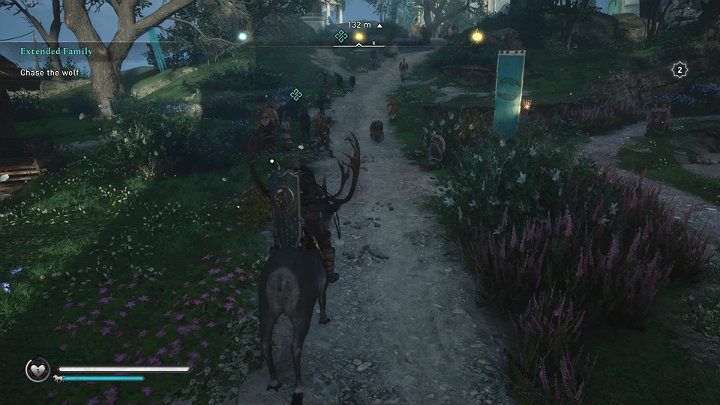 As the gods deliberated what they would do with the Builder, the wolf managed to tear open the cage and escape. Summon your mount and chase the fleeing animal. 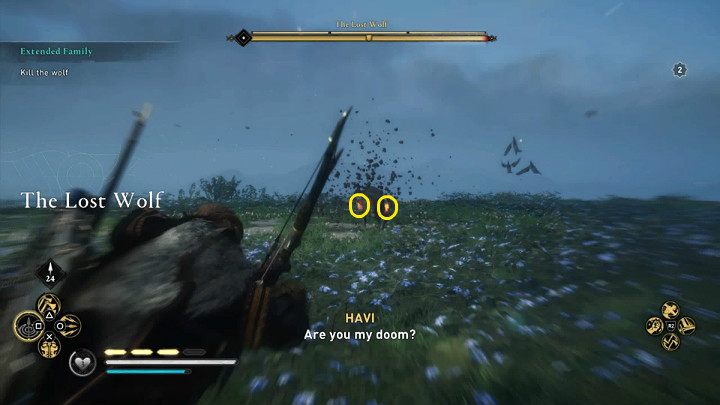 At some point, the wolf will stop and you will have to overpower it. The wolf has three weaknesses: the two front legs and a small area over the right leg. When you hit it, it will be knocked down and you can perform a powerful blow on it. 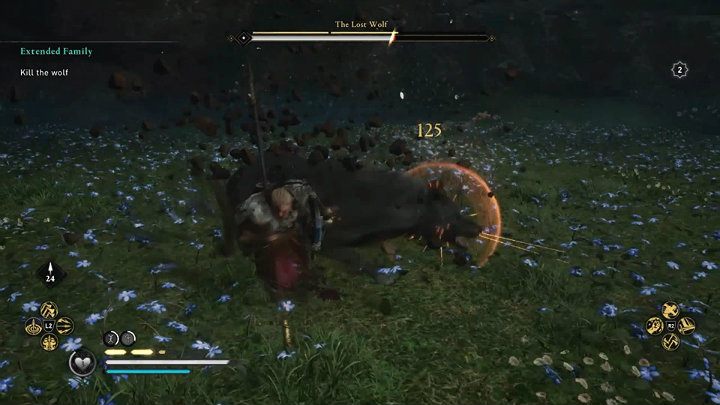 The vast majority of wolf attacks are indicated by a yellow rune flash and can be successfully blocked or dodged. 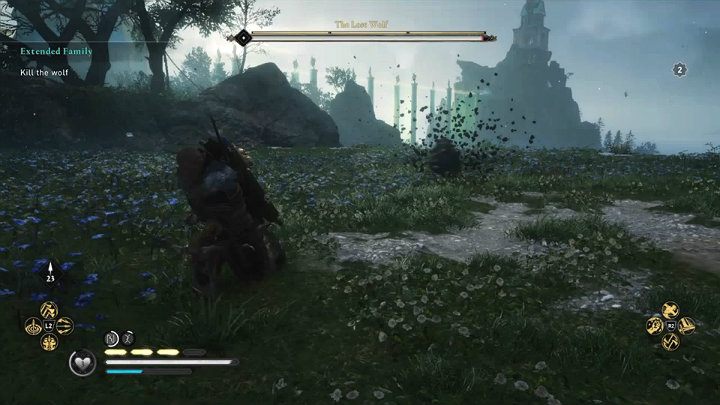 However, watch out for an attack signaled by a red rune flare. The wolf will literally jump under the ground and start moving quickly around the arena. When you stand in his line of attack, you will take damage. 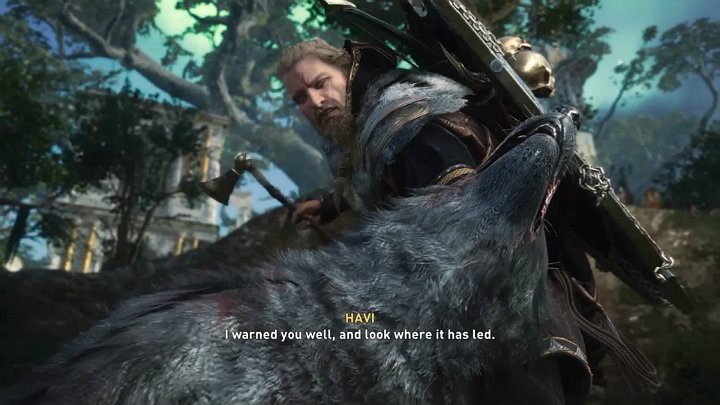 After the fight is over, try to kill the wolf. At this point, Loki will appear and want to stop you. The reason Loki does not want the wolf to die is that the animal is his son.

According to most versions of Norse mythology, Loki had three offspring with the giantess Angerboda, one of them indeed being a black wolf named Fenrir. 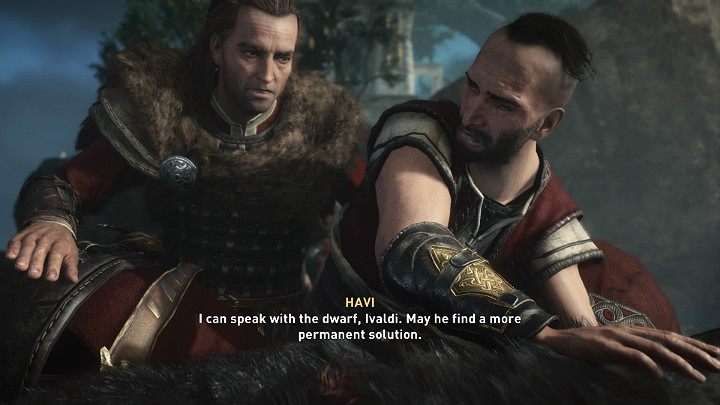 Havi respects Loki's request, but orders Tyr to take the wolf to Lyngvi and trap it there. Tyr is to make sure that the wolf never leaves that island. During this time, Havi will speak to the dwarf Ivaldi to find a permanent solution to this problem.

The mission will end and you will receive 3,580 XP as a reward.