On this page of the Assassin's Creed Valhalla guide, you will find a detailed walkthrough description of the Defensive Measures mission.

Eivor (Havi) evaluates the effectiveness of the Builder's proposed protection. 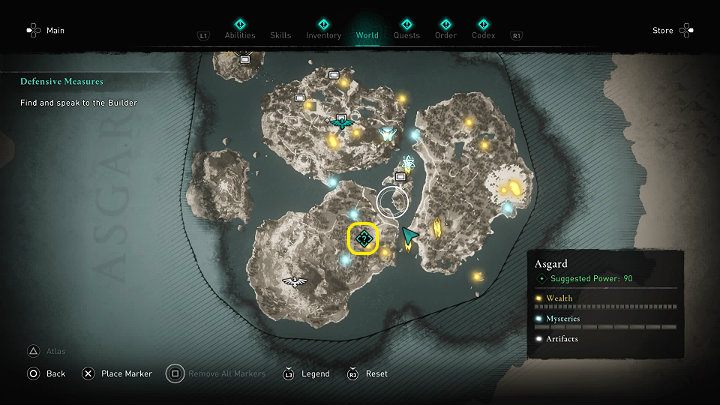 Find and speak to the Builder 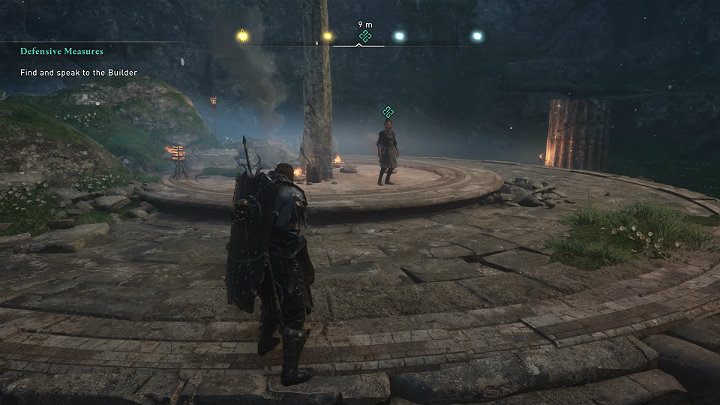 The builder will immediately ask for water from the Well of Urdr. As it turns out, the water was needed to reinforce the runes the man had already placed on the obelisk. Furthermore, the Builder himself will drink from the waterskin, claiming that it is related to his own hugr magic technique.

Bring the jars to the Builder 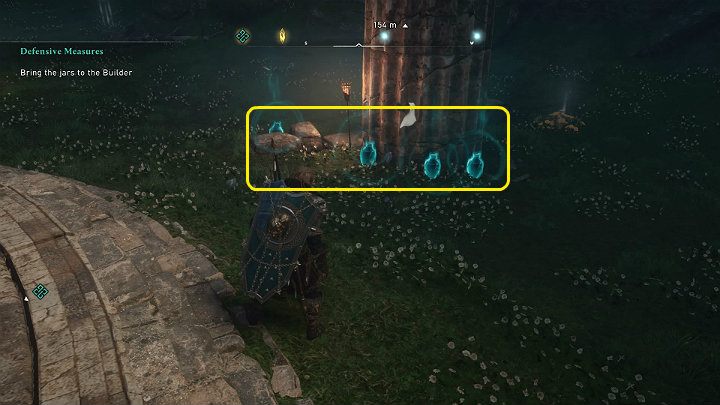 Your next task will be to locate the paint jugs and bring them to the Builder. You will find them by a nearby pillar. 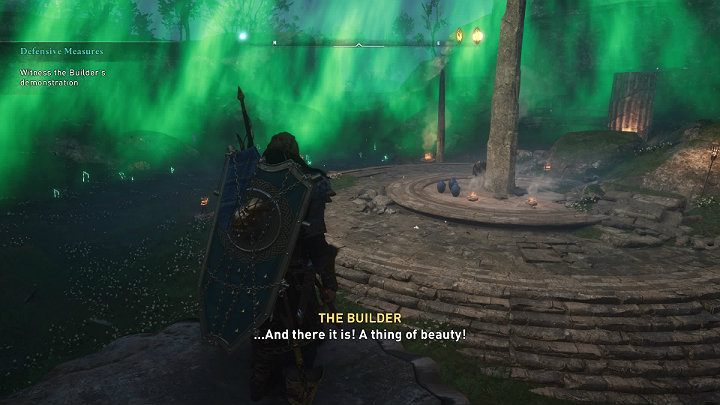 When the task is done, climb the marked pillar and watch the Builder's show from a height.

Bring invaders into the shield 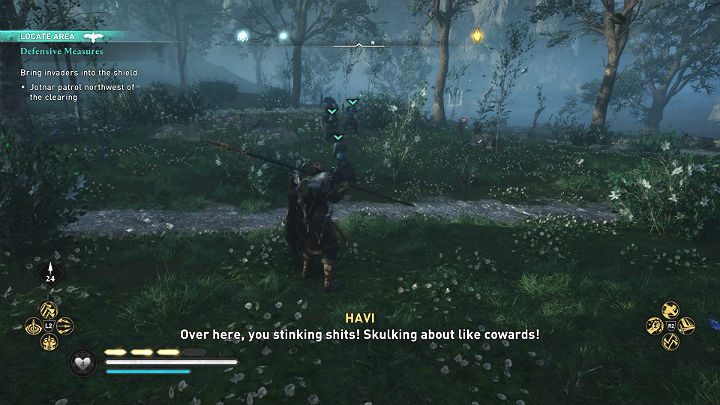 The protective barrier is ready however it is better to check it. Lure some Jotuns out of the nearby forest and lead them to the barrier to test its effectiveness. 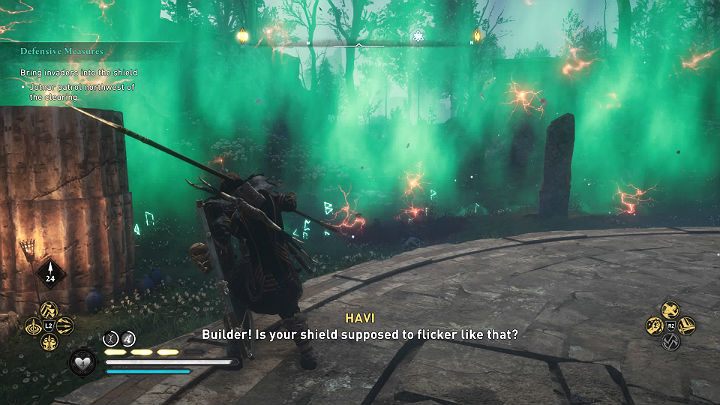 The Builder was telling the truth. As soon as an enemy touches the barrier, they are instantly killed. After a while, a larger group of Jotuns will start hitting the barrier, causing it to become unstable, start flickering, and eventually stop working. 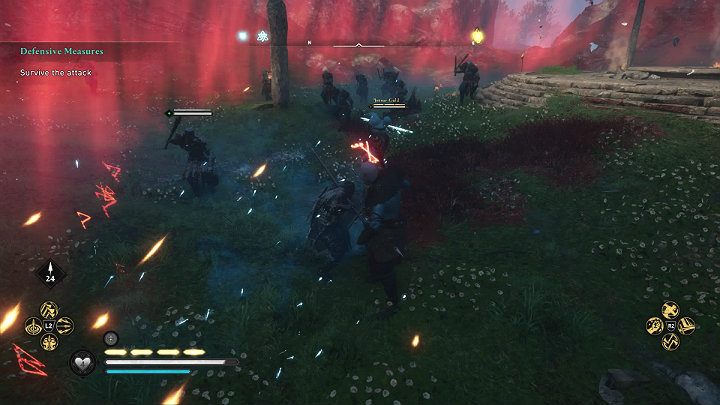 You must take matters into your own hands and eliminate all the Jotuns that are in the vicinity. While you fight the invaders, the Builder will try to repair the barrier. 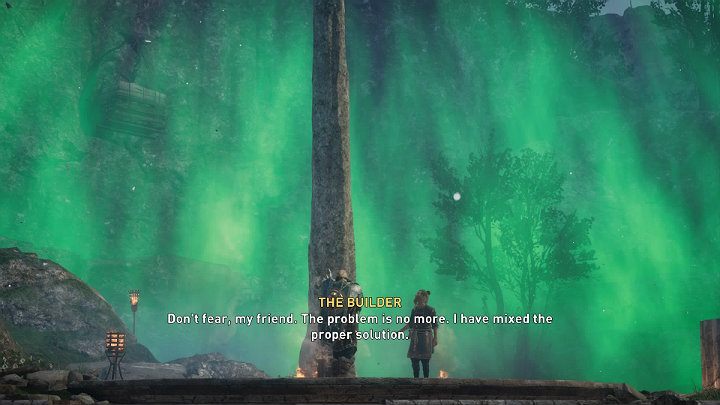 After defeating the boars, talk to the man. The Builder promises that the problem with the barrier's instability will never happen again. Furthermore, if given the necessary materials and proper encouragement, he promises to erect a tower so tall that its activity will protect all of Asgard. The newcomer wants Freyja to become his wife.

After the conversation, the mission will end and you will receive 3,400 XP as a reward.