On this page of the Assassin's Creed Valhalla guide you will find a detailed walkthrough description of the mission View Above All.

The Norns warn of a bleak future, but the gods of Asgard face a more pressing threat. 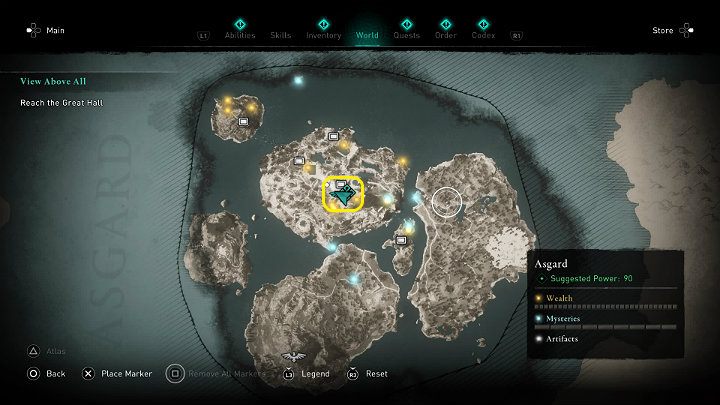 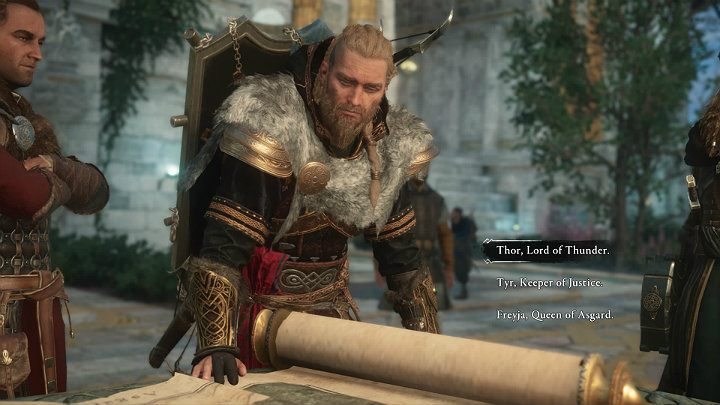 Jump off the sync point and head to the grand palace to meet Thor, Freyja, and Tyr. Jotunheim warriors are attacking from all sides, and Havi wants to confront the enemies before they cross the Bifrost. You can choose who will accompany you while completing this task.

Close the gate to Jotunheim 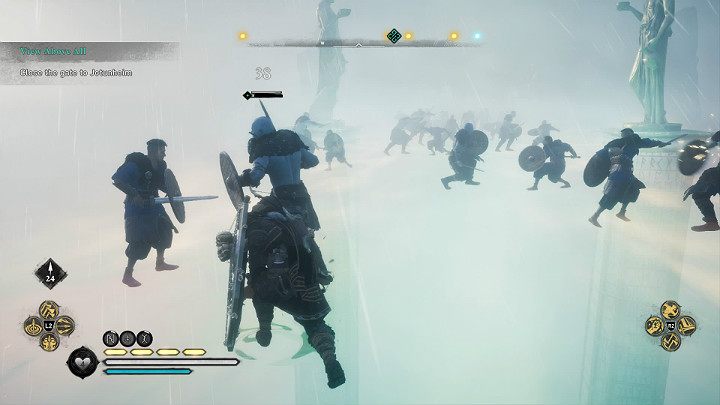 Enter the Bifrost and help your warriors fight the Jotuns (you'll get XP for elite units) or bypass the enemies and run straight to the main mission marker. 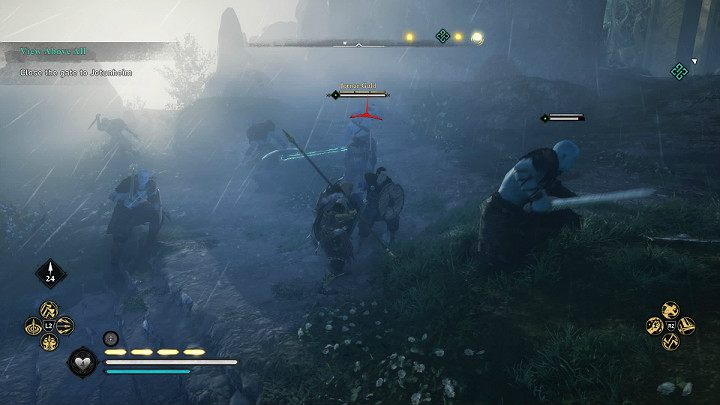 Your target is the ajar door through which enemy units are entering Asgard. Access to it is defended by one stronger, elite opponent with a pole weapon. Defeat him, then close the gate. 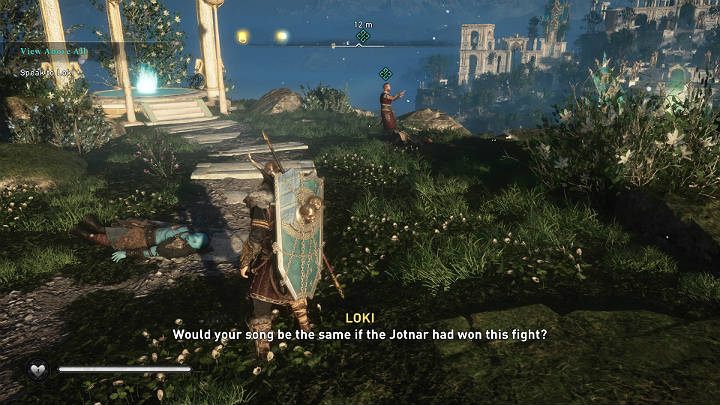 Loki was supposed to guard the gate, but he failed in his duty. He explains that the portal had opened on its own and a river of warriors poured out of it instantly. Loki manages to capture a man named The Builder, who comes from Jotunheim but is not of the Jotuns and offers his extraordinary abilities. The Builder can create a shield to close the Jotuns' path to Asgard but will need water from the Well of Urd.

After the conversation, the mission will end and you will receive 3 400 XP as a reward.