On this page of the Assassin's Creed Valhalla game guide, you will find a detailed walkthrough description of the Plucking the Quill mission.

Eivor must eliminate the second enemy of King Aelfred of Wincestre. He hopes that Goodwin has managed to find some guidance. 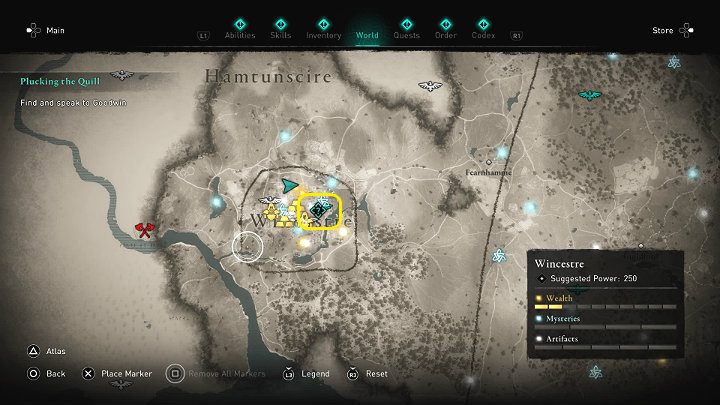 Find and speak to Goodwin 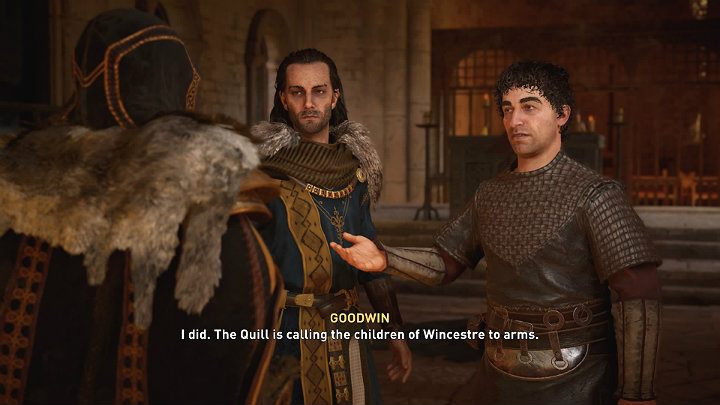 Go to the cathedral to meet Goodwin. The sheriff discovered that The Quill is calling the children of Wincestre to fight. Eivor needs to talk to the children running around the streets of Wincestre and see if he can get any additional information. 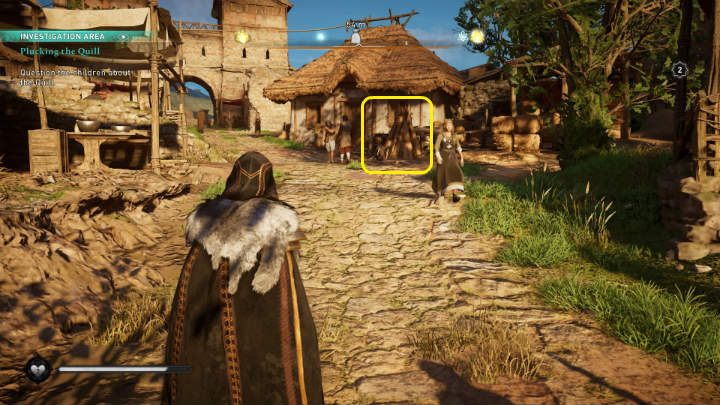 In the cathedral, you will be stopped by a girl who previously talked to King Aelfred. If you don't give her silver or an amulet with the symbol of a tree, she will go away, cursing Eivor. Follow her and approach the children who are trying to set fire to a haystack and activate a short film interlude.

Find and speak to the girl 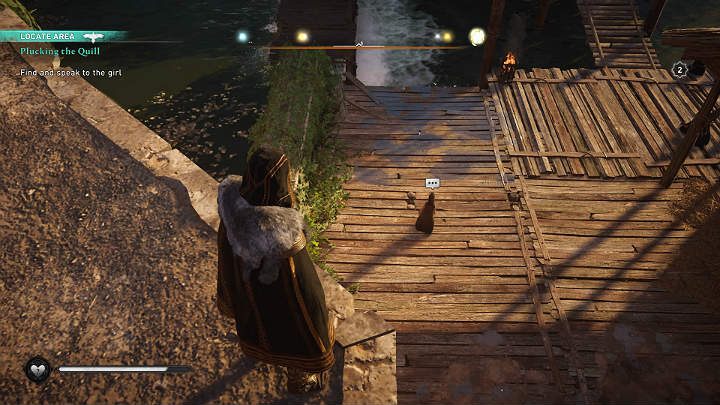 Go to the port to find the girl who just escaped the crime scene and talk to her. 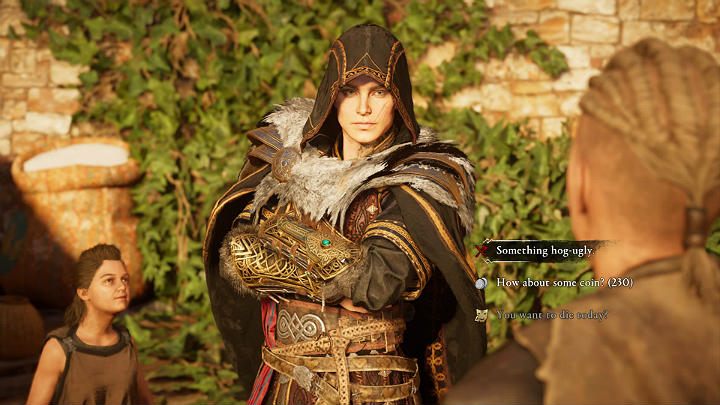 Two bandits will get involved in the conversation. If you have level 4 charisma you can scare them off. Otherwise you'll have to pay them or beat them in battle. 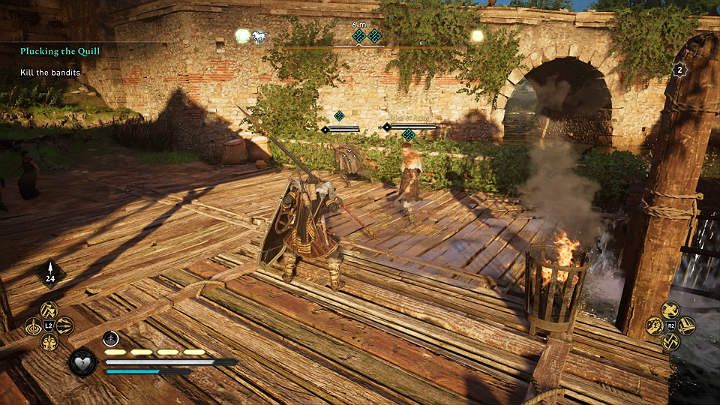 They are not very difficult opponents, and you can use all of your weapons to beat them, so there is no point in losing silver coins on them. 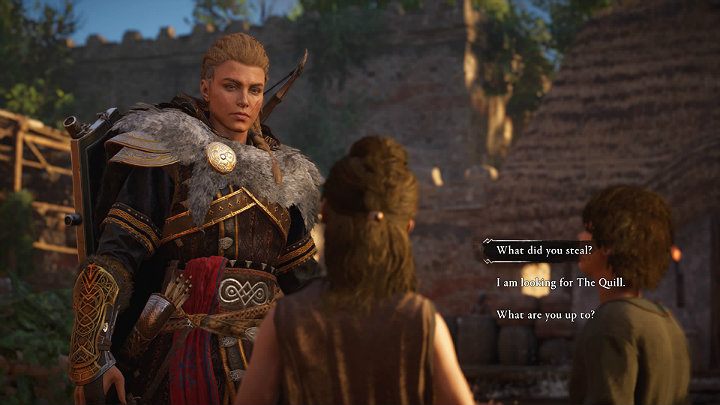 From a conversation with the girl, you will learn that she and her friend do not work for The Quill but steal on the streets to stay away from her claws. You will also get a key and one clue - the Quill's thugs are coming out of the sewers.

Find and assassinate the Quill 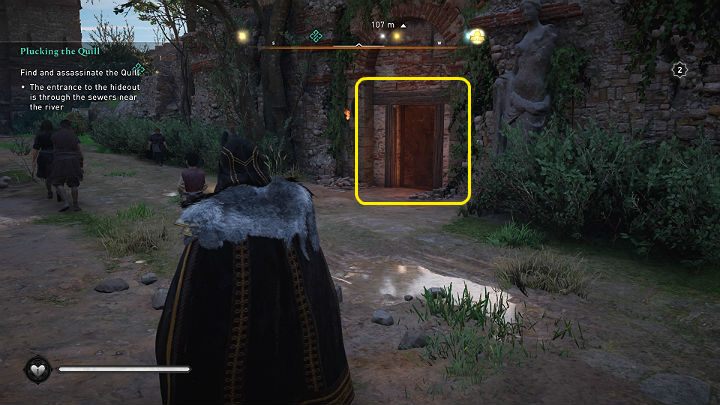 The entrance to the canals is close to the river, on the right side when coming from the city. Open the door and go down underground. 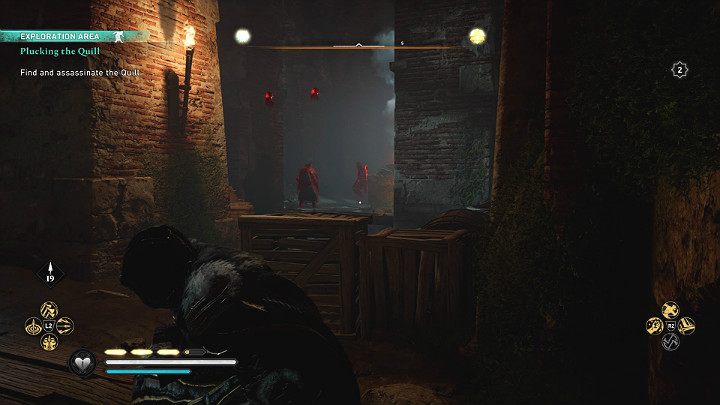 Going through the sewers you will have to fight with many guards, several elite opponents among them. 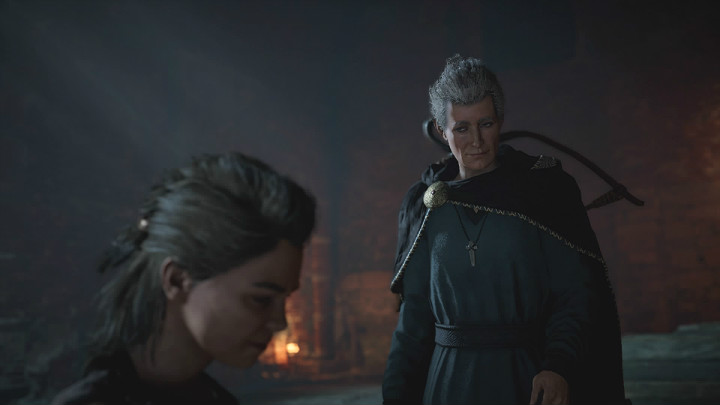 When you reach the main area, you will see Aelwyn, who apparently works for the member of the Ancient Order, although during the last conversation she had claimed otherwise. 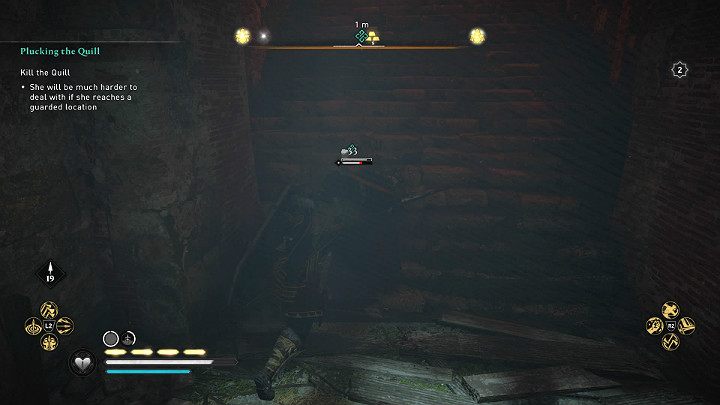 The room will be overflowing with elite units, which will immediately throw themselves to fight you. Since Hilda (The Quill) is shooting a crossbow and can move around the underground complex, it is best to finish her off first and not let her escape.

After the execution of the Quill, the mission will end and you will receive 3 400 XP as a reward.