On this page of Assassin's Creed Valhalla's game guide you will find a detailed walkthrough description of The Reeve of Wincestre mission.

Eivor goes to Wincestre to meet a mysterious informant and check what he wants. 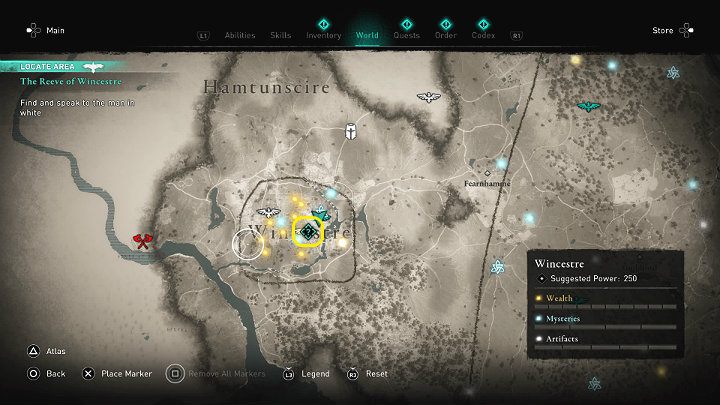 Find and speak to the man in white 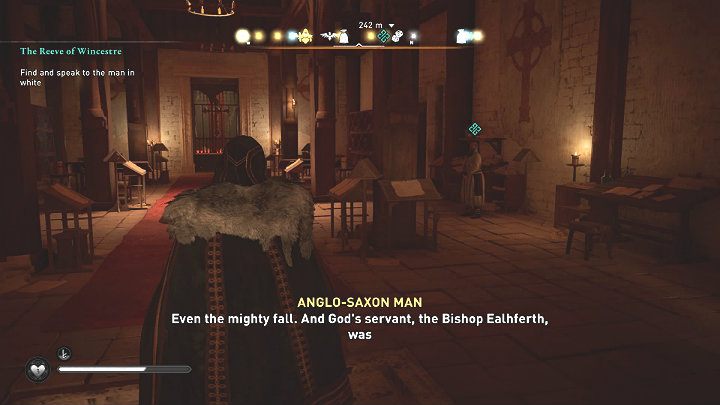 Go to Wincestre to talk to a mysterious informant you will find in the main cathedral. When you tell the man in a habit why you came, he will not be completely satisfied with it. 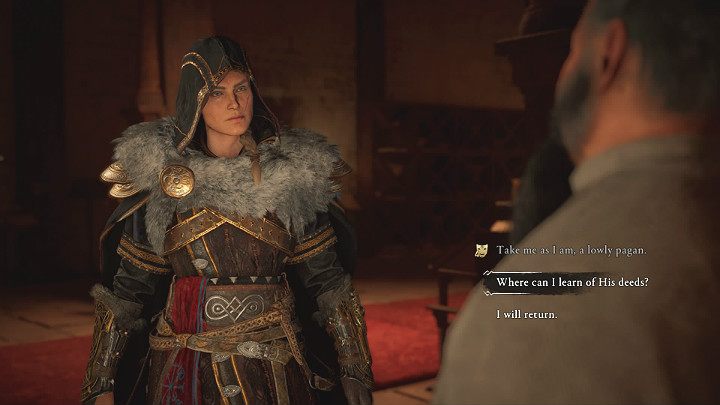 If you have reached level 4 of charisma, you can immediately convince the monk that you are the right person to complete this task. If not, you must learn a little about the Christian faith and the deeds of Christ.

Find the answer to the Christian test 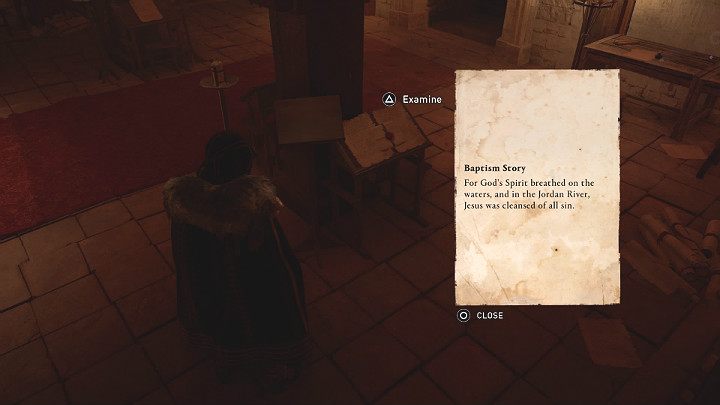 The first valuable information, the Baptism Story, can be found on a wooden desktop on the right side of the monk. 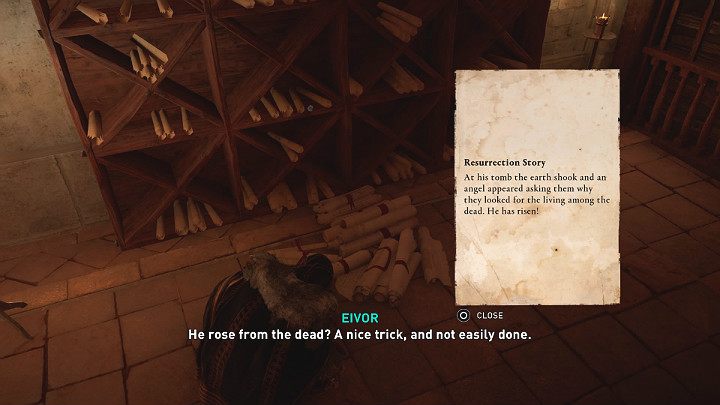 The second piece of information, the Resurrection Story, can be found in the room where numerous scrolls are stored. 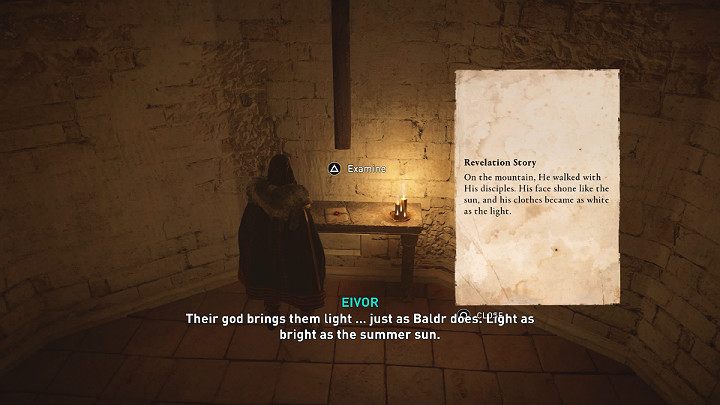 The last part, the Revelation Story, can be found in a small chapel to the left of the cathedral entrance. 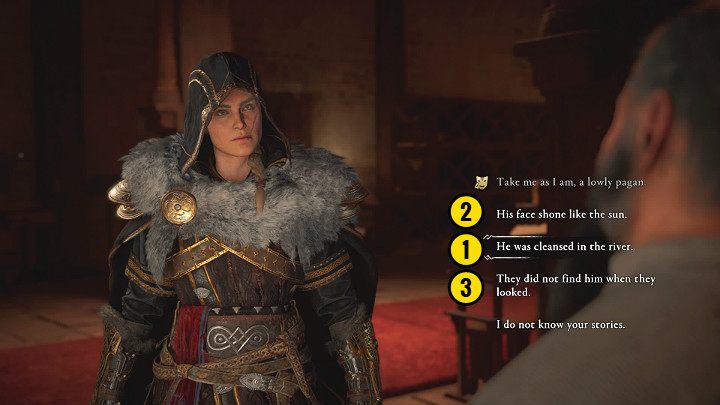 After gathering all the information, return to Sigebeald and pronounce all the acts of Christ in the right order: baptism, revelation, resurrection. 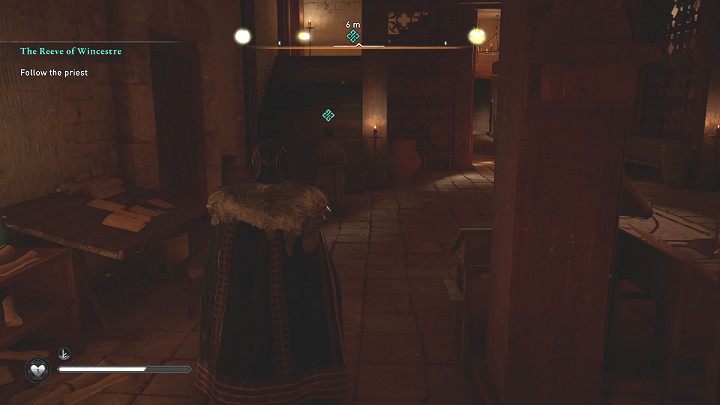 After you pass the Christian test, the man will say that it was not him who called Eivor to Wincestre and will lead you to the right man. 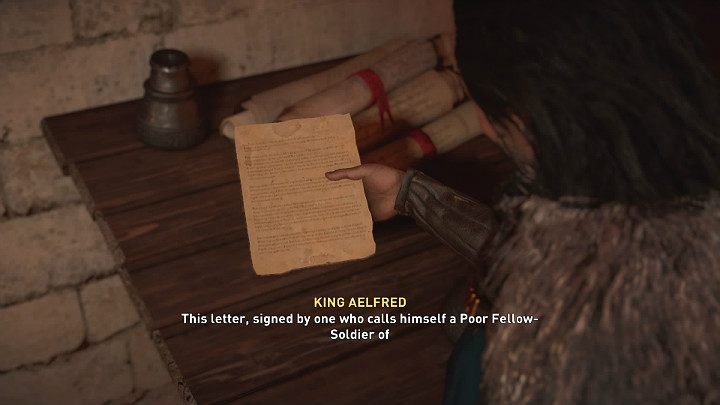 It turns out that Eivor came to Wincestre at the invitation of Aelfred. The King will show Eivor a letter signed by the Poor-Fellow Soldier of Christ, in which the informant warns against a plot against Aelfred. This time also three nicknames appear on the list: The Gallows, The Quill, and The Seax. Aelfred will also say that the last of them, Bishop Ealhferth, who used the pseudonym The Seax, is dead, so there are two left.

King Aelfred told Eivor that one of his reeves, Goodwin, was not at the station this morning. The man followed the traces given in the letter and disappeared without a word so it is time to check what happened to him. 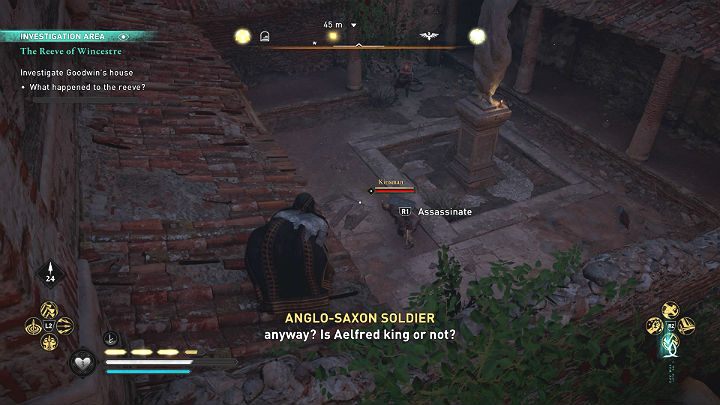 You will meet several Anglo-Saxon soldiers on the spot. Eliminate them and then look for clues to solve the mystery of Goodwin's disappearance. 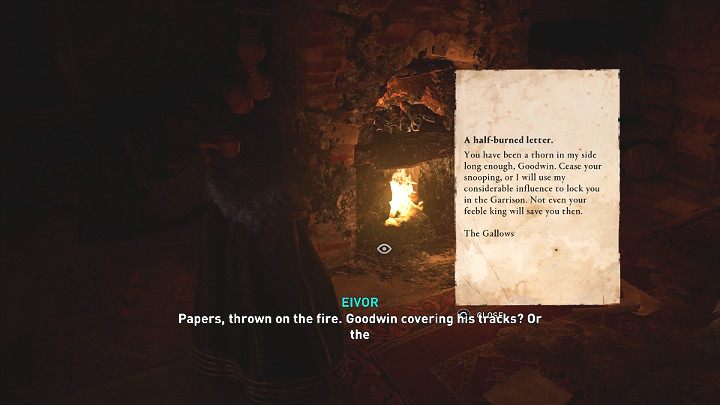 The first clue can be found in the fireplace - burnt documents that may indicate that Goodwin wanted to cover his traces or that the guards wanted to destroy the evidence. 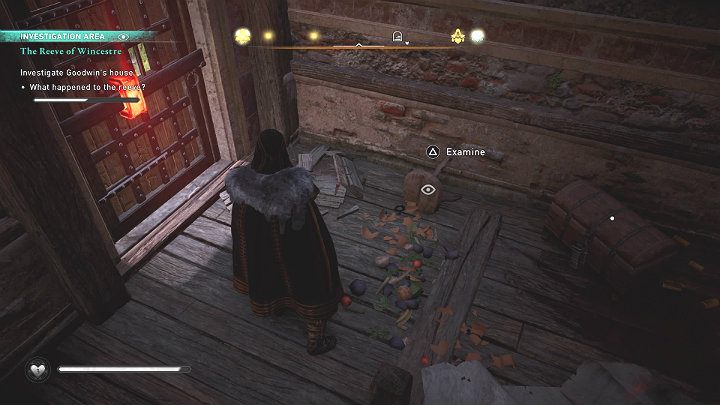 The second clue can be found on the higher floor of the building. Broken bowls and scattered food suggest that Goodwin was taken from home by force, probably to the garrison. 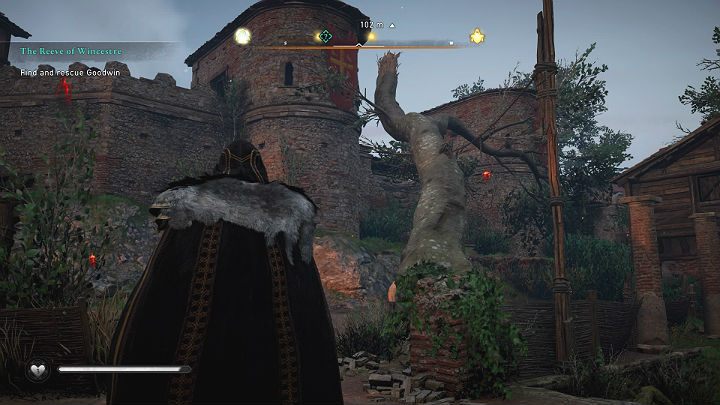 The garrison is located right next to Goodwin's house. If you want to get into the complex and remain unnoticed, it is worth climbing the walls from a tree. 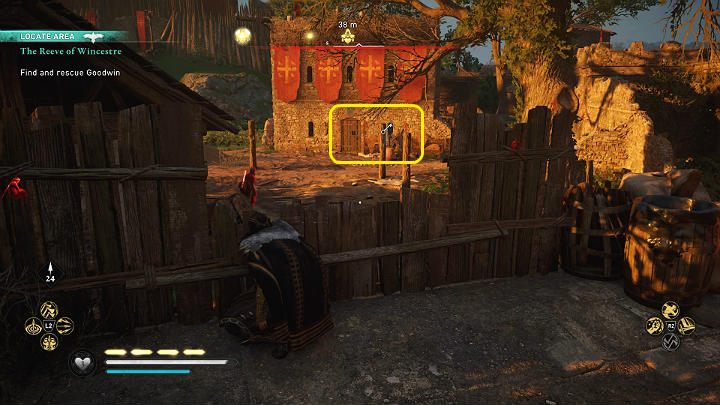 Goodwina is kept in the inner circle of the garrison. To get in there you will need a key which you can find inside a small brick building on the right. 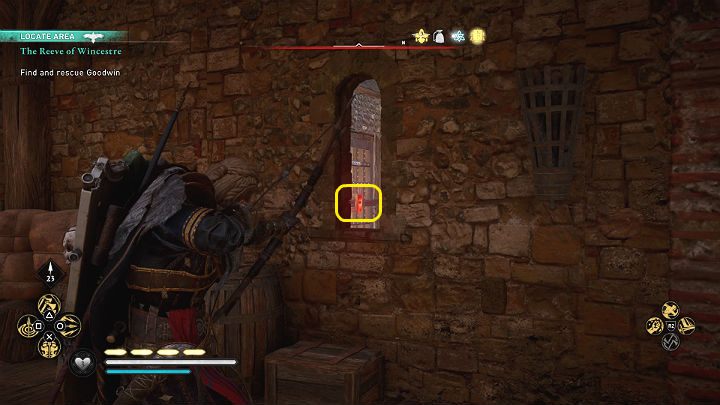 Open the door and enter the prison building. However, before you go to rescue the reeve, go to the second floor of the prison and promptly collect documents that will help expose more members of the Ancient Order. You will find them on the prison floor, behind closed doors. Position yourself in the place shown in the picture above and shoot the door lock. 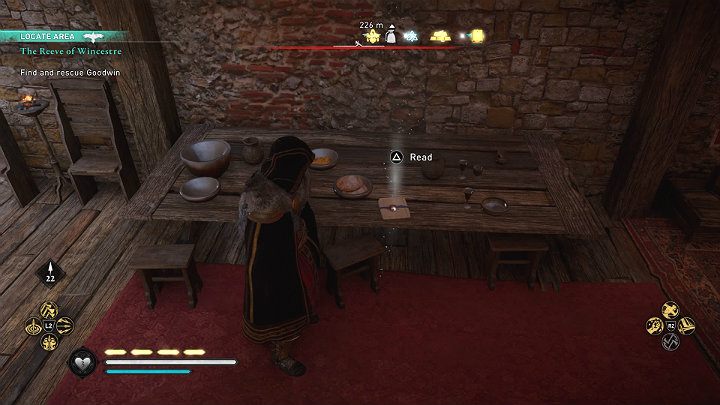 Then go outside and enter the room where the documents are kept through the balcony. Grab them and go to the basement. You will find Goodwin in the central cell. 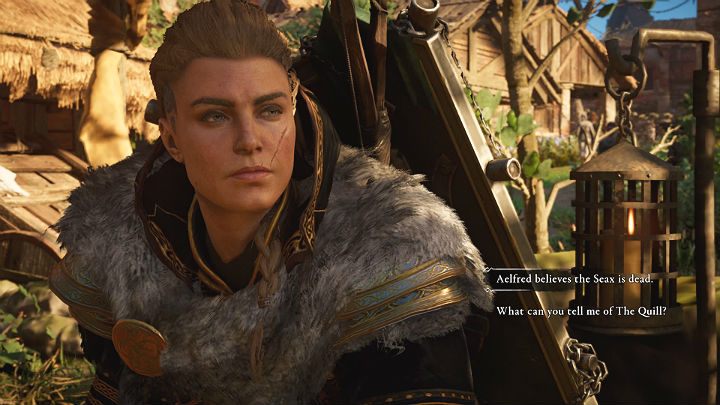 Take Goodwin behind the garrison walls and talk to him. The mission will end and you will receive 5 100 XP as a reward.