On this page of the Assassin's Creed Valhalla game guide, you will find a detailed walkthrough description of the mission Under the Skin.

Saddened by the death of his father and the fact that Trygve wants to go on his last journey with him, Vili disappears under the cover of night. Eivor sets off to find him. 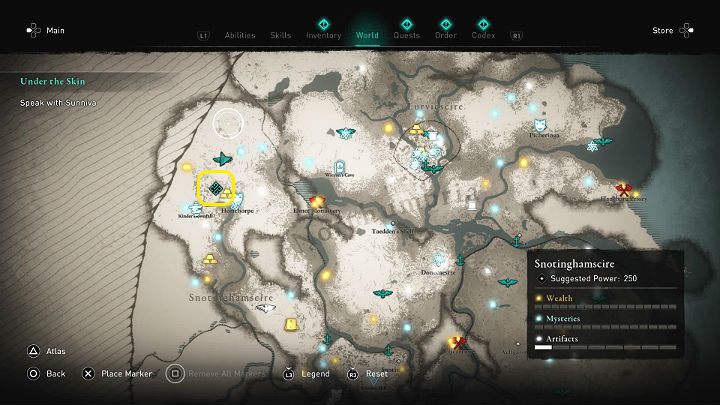 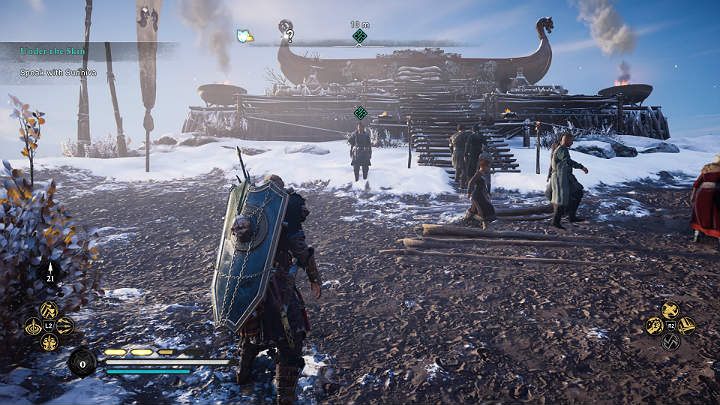 Sunniva is currently staying behind the walls of Henthorpe, next to a stake prepared especially for Hemming. During the conversation, you will learn that according to Sunniva, Trygve does not want to become the clan leader. You will also see a longer cinematic interlude in which Eivor tries to decide who should take over after the dead Jarl. 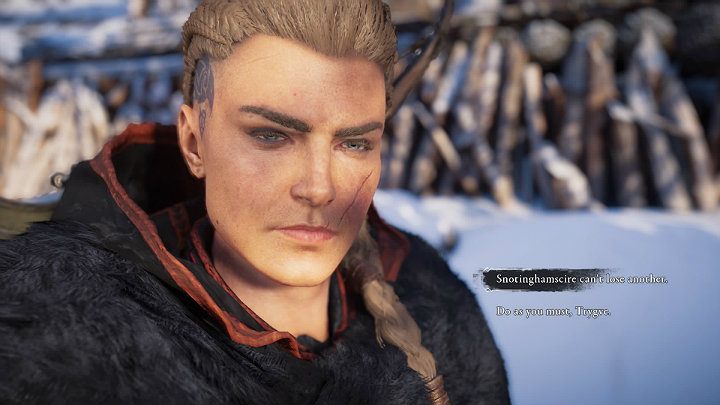 After a period of reverie, Eivor will find out that Trygve wants to sacrifice himself and burn together with Hemming. 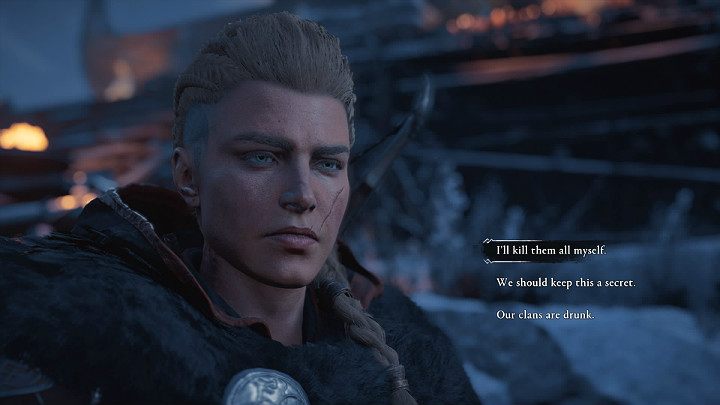 In the evening Sunniva will bring Eivor the news that the area is swarming with Picts, and Vili has already set off to battle. The woman wants to alarm the rest of the warriors, but Eivor will persuade her not to do it. Follow Sunniva to the mine entrance.

Search for Vili inside Odin Mine Hideout 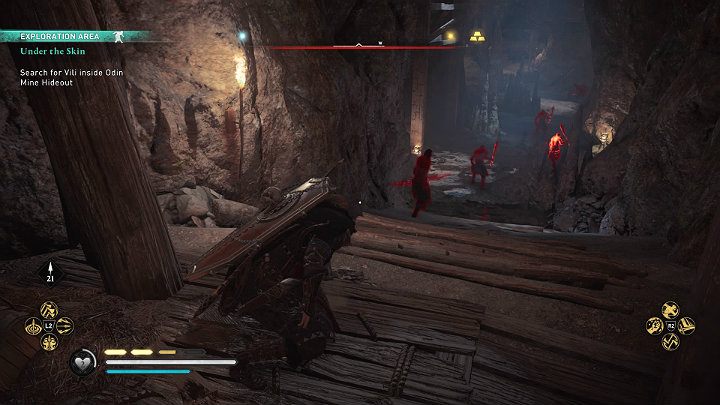 Deep into the mine, you will encounter several bandits, which you will have to eliminate in order to reach Vili. 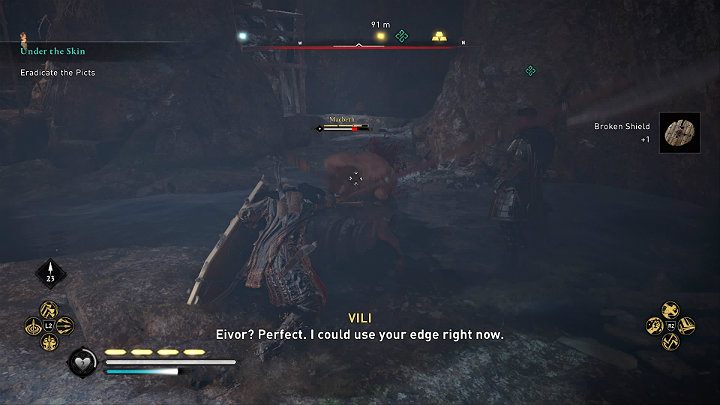 Vili is currently fighting with one of the Pict commanders. Help your friend eliminate the main target and the remaining bandits. 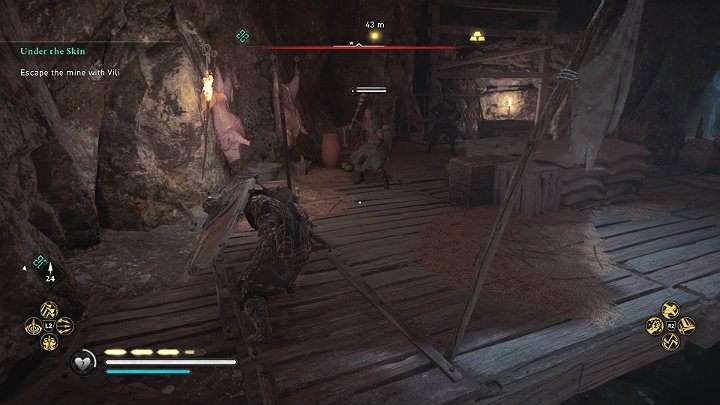 Follow Vili to get out of the mine. On your way, you will come across more opponents who will immediately start a fight. 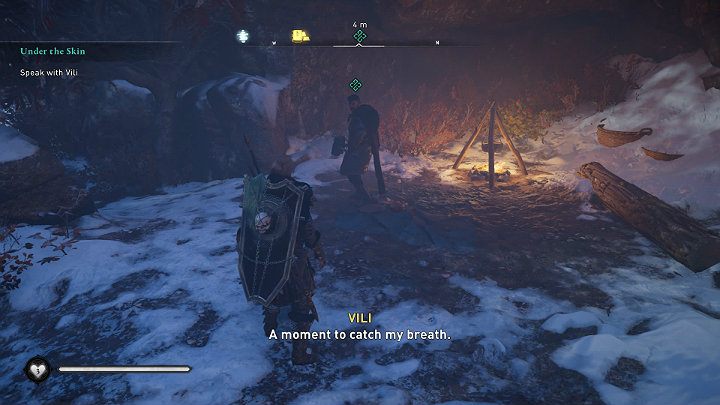 Once you are safe, talk to the man to watch a longer cinematic interlude. During the conversation, Vili suggests that he will give Eivor leadership over his clan, which of course he cannot agree to. The mission will end and you will receive 3 400 XP as a reward.