On this page of the Assassin's Creed Valhalla game guide, you will find a detailed walkthrough description of the Blood and Gods mission.

Uncertain as to who would be the better Jarl, Eivor seeks advice from on oracle. He hopes that it will dispel his doubts. 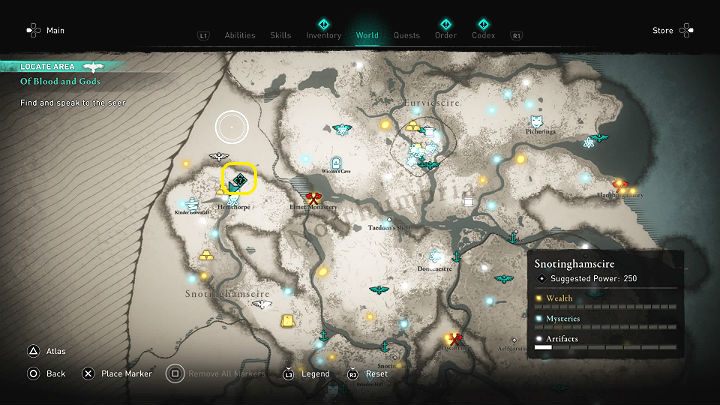 Find and speak to the seer 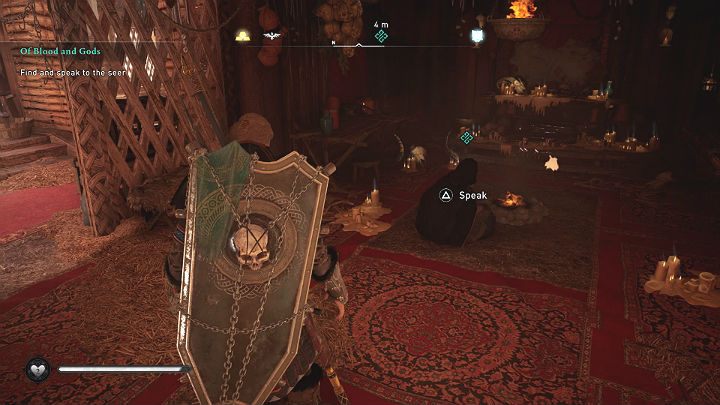 Go to the oracle's hut. Talk to the woman, then follow her to the hill to take part in a ritual. 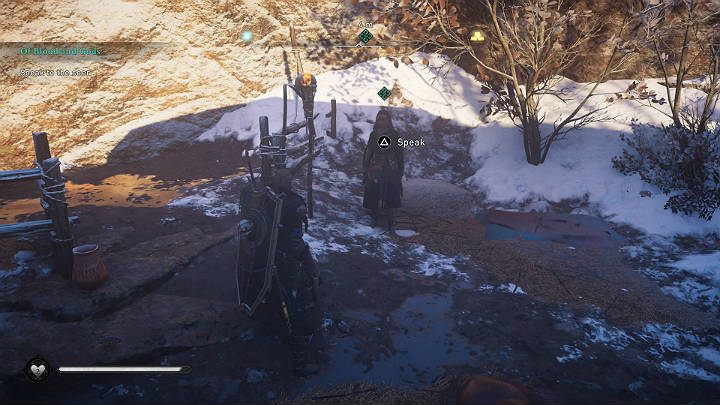 When you are there, talk to the oracle to find out who will do better as a Jarl - Vili or Trygve. The woman will instruct you to take her drink and meditate and you will find the answer to your question. 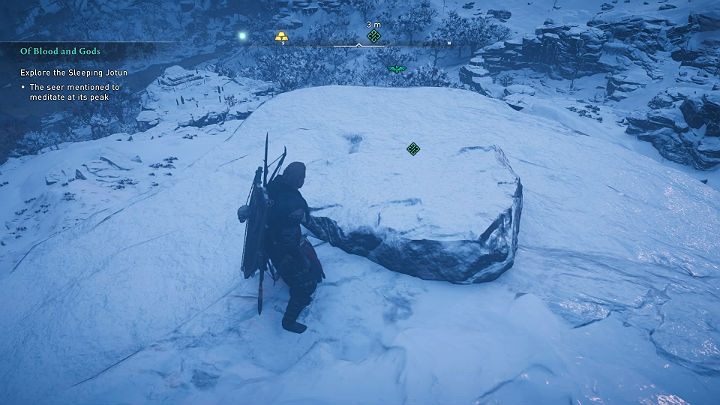 Climb to the top of the mountain where a synchronization point is located and meditate. During the trance, you will meet with Hemming and, interestingly, you will have to fight him.

During the fight's first phase, Draugr Hemming uses a two-handed spear, which makes his range of attacks very big. His power has been estimated at 250 points so if you haven't reached this level yet, the duel may be much more difficult. 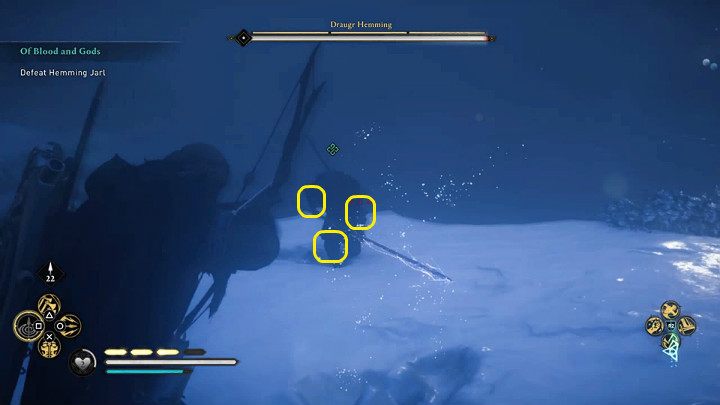 Draugr Hemming has three weaknesses: left forearm, right forearm, and right knee. When you hit them, the boss will be stunned, which opens him up for a very strong blow, which will thin the boss's health bar by about 1/3rd. 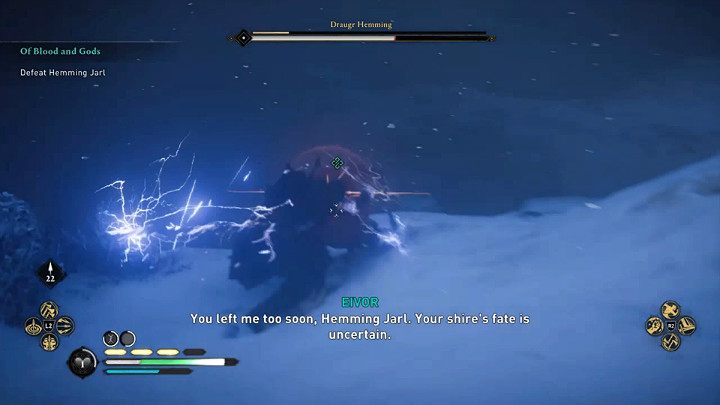 Most of Hemming's special attacks are indicated by a yellow rune flash - they can be blocked or evaporated. Beware, however, of the powerful blows that are indicated by the red flash of the rune - these must be avoided. 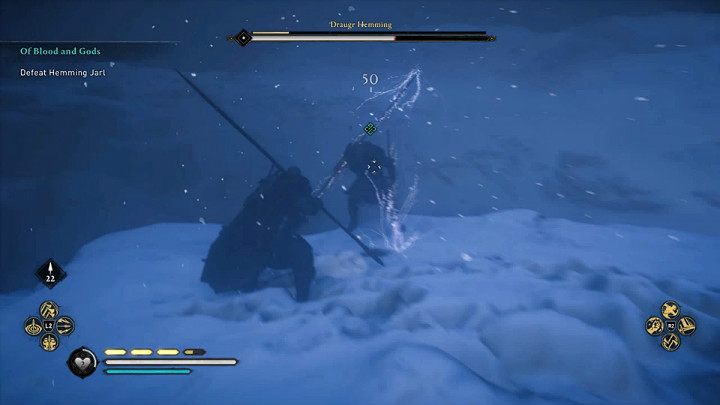 At some point, the opponent will move a little farther and start throwing lightning bolts in your direction. Jump over the rocks rising from the ground to face Hemming again. Now the Jarl will fight with two spears and his attacks will be much faster. Many cuts and thrusts will be combined into deadly combinations that can deprive Eivor of many health points. 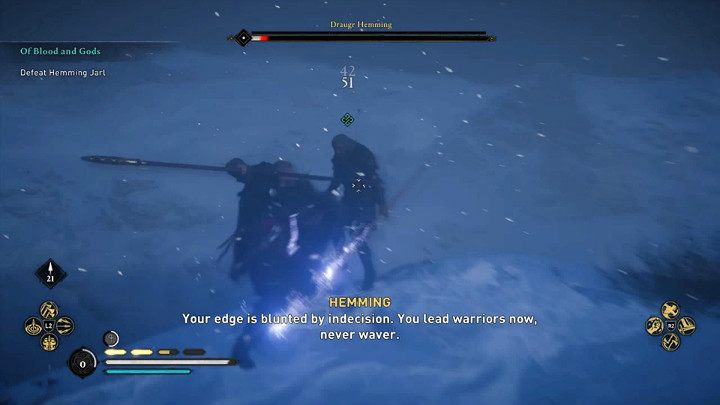 When you have collected enough health points for the boss, the opponent will move to another area of the arena once again. In the last phase of the duel, you have to watch out not only for the fast attacks of the opponent but also for the lightning that will hit the ground all over the arena. 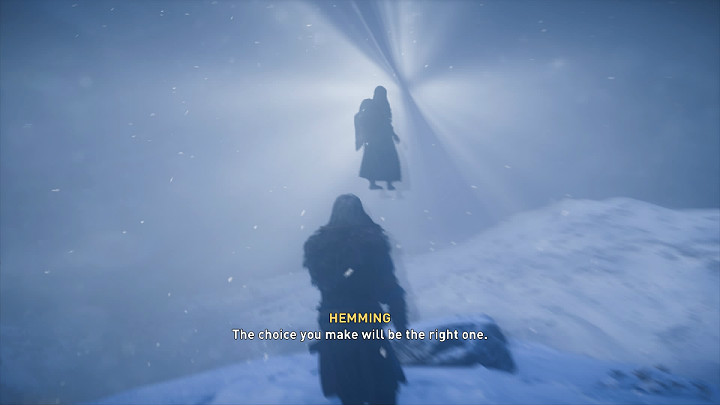 When the fight is over, Hemming will be taken away by Odin. However, he will not answer your question but will say instead that the choice you make will be the right one. The mission will end and you will receive 3 400 XP as a reward.