On this page of Assassin's Creed Valhalla's game guide, you will find a detailed description of the mission On Borrowed Time.

Having learned why jarl Hemming called him, Eivor joins Vili to talk about his future. 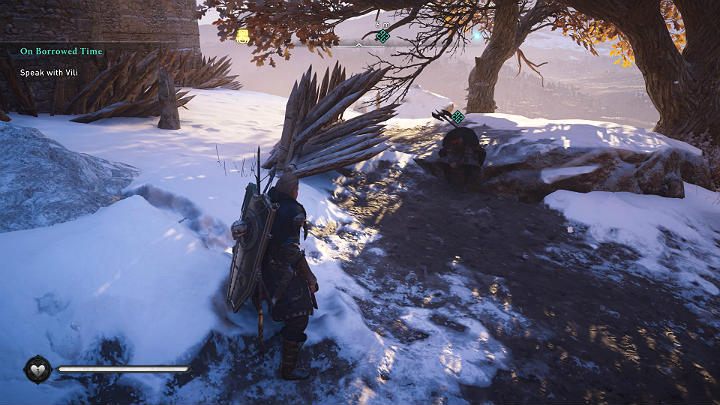 Talk to Vili, then get on your horse and ride with him towards Stoneburgh. During the journey, you will learn some facts about the friendship that has been between Vili and Eivor for many years. 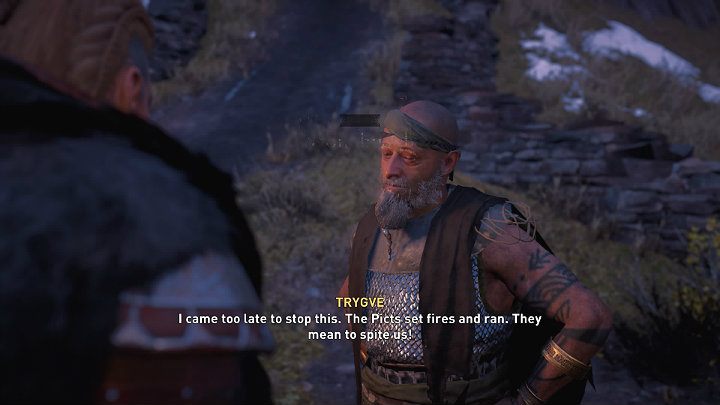 Trygve will be waiting for you in Stoneburgh. The man will inform that he arrived too late. The Picts have already invaded the village, set it on fire, and are just running away. 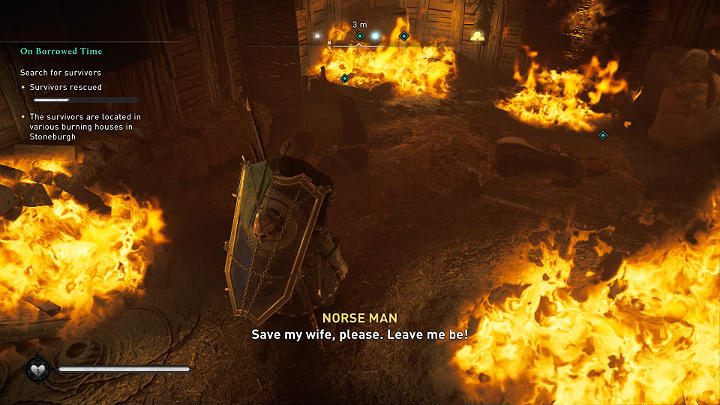 The survivors can be found in burning huts and other buildings. Some entrances can be blocked, and you will have to look for alternative routes, for example, through the roof. Approach the victims and help them get up or carry them on your back outside of the burning building, so the mission can progress 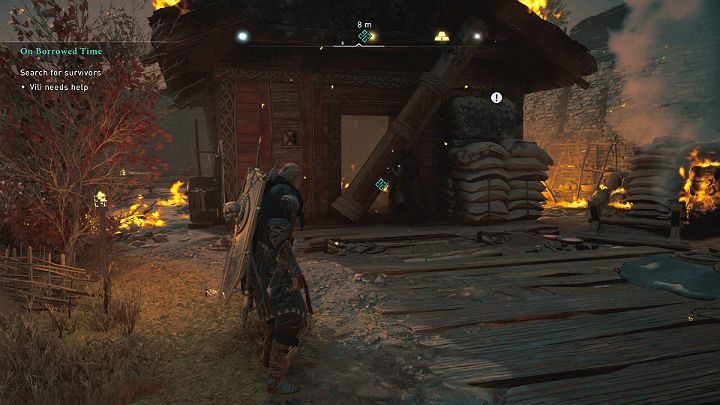 When you save three inhabitants go to Vili. He's trying to remove the heavy pillar to access the inhabitants trapped inside the burning building. Take one of the people on your back and carry her outside the settlement.

Find and speak to Vili 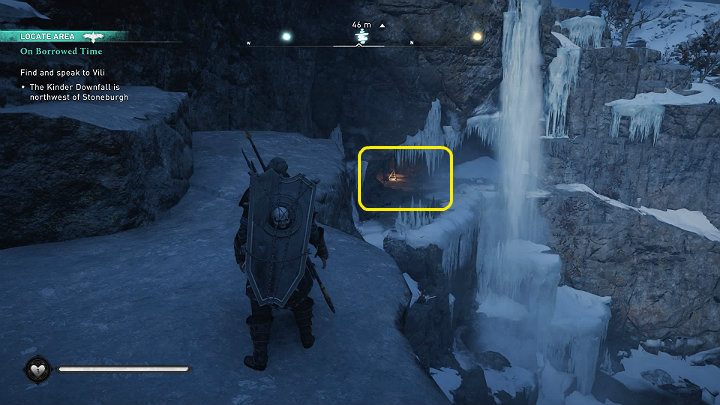 Go to the waterfall northwest of Stoneburgh to talk to a friend. You will find Vili in a well-hidden camp in a cave behind a waterfall. 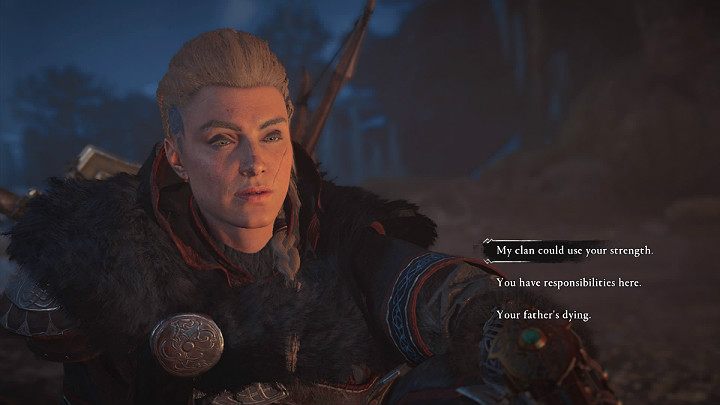 You will find out that Vili is not interested in a jarl position, and he believes that his father should accept it. Eivor says that Vili stands against a long tradition and reveals why he wants him to become a jarl. 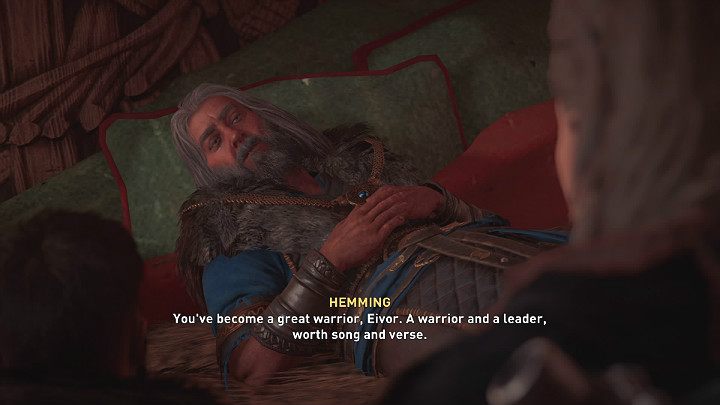 When Eivor spoke with Vili, one of the scouts arrived with grim news - Hemming is already on his deathbed, and these are his last moments of life. Get on your horse and follow Vili to support a friend in such a difficult time.

Find and speak with Trygve 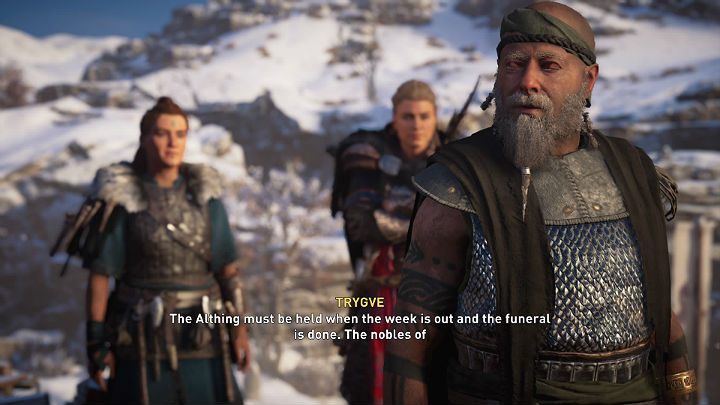 Go to the meeting with Trygve, who behind the walls of Snotingham is preparing a deceased jarl's farewell funeral pyre. He'll share with you that he hopes that after the ceremony, this county's nobles will announce Vili a new yarl. After the cutscene the mission will end and you will receive 5 100 XP as a reward.