On this page of the Assassin's Creed Valhalla game guide you will find a detailed description of the mission: Old Friends.

After receiving a message from his old friend Vili, Eivor goes to Snotinghamscire to visit him. 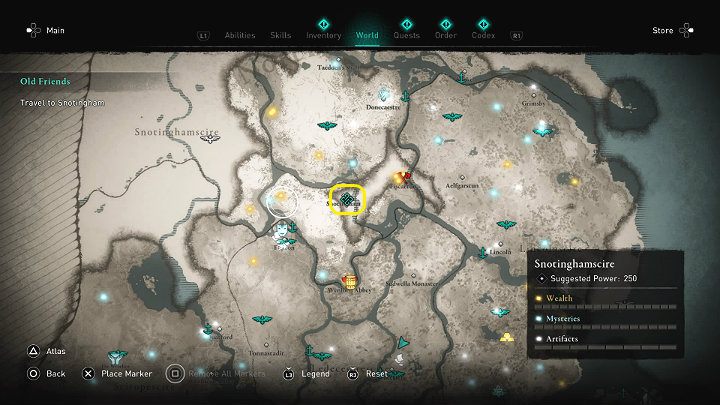 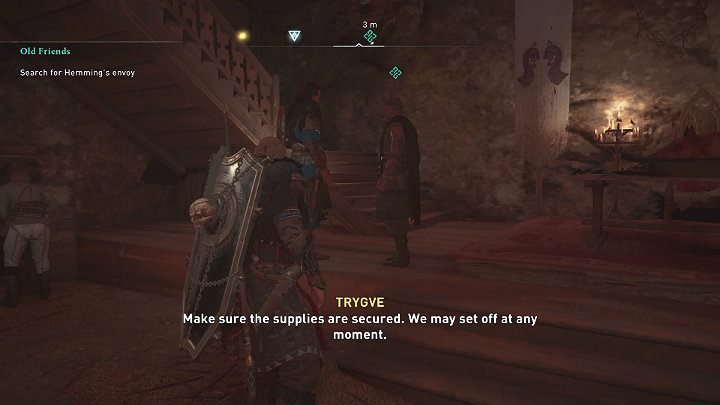 When you reach your destination, enter the spacious rooms carved inside the mountain to find Trygve. He is the one replacing Vili, who went with his father to Ulkerthorpe to fight the Picts. After the conversation go with Trygve to the port.

Escort Trygve and his convoy 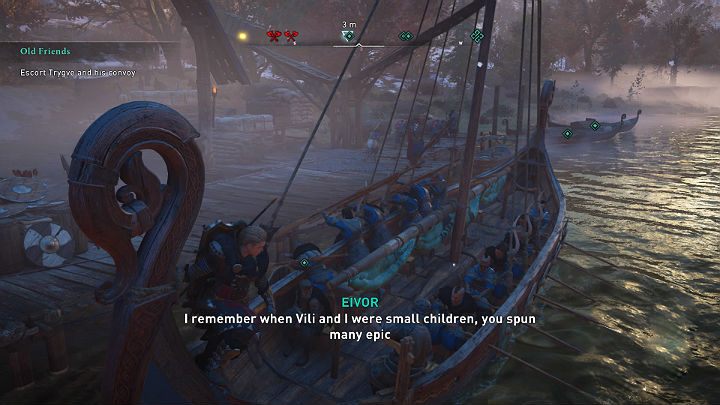 When you reach the port, Trygve will suggest that it is best to go to Ulkerthorpe by sea. Call your vessel and wait for Trygve to board. The rest of his people will accompany you on little boats, which you need to guide to a place marked on the world map. 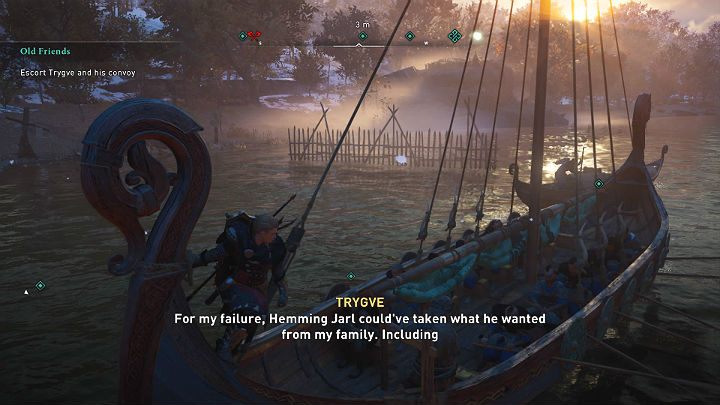 It is best to sail more or less in the middle of the river to avoid annoying traps because Pict troops will attack you on the way. Whenever you hit an obstacle, the boat will be stopped for a while, and your opponents will start to flood you with a hail of arrows. 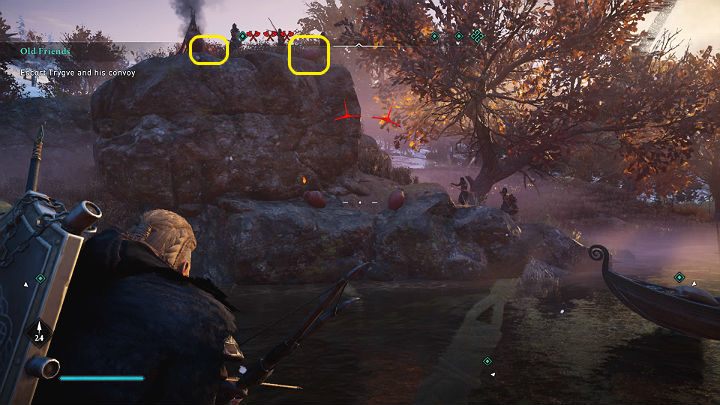 If a convoy is attacked, the boats will stop, and you will have to eliminate all opponents before the boats with supplies can continue their journey. You can quickly deal with archers by shooting into jugs filled with oil. The explosion will be so violent that it will instantly kill most of the warriors.

If the mission "bugs" and the supply boats will get stuck in the middle of the river, you will have to lead them to the haven with your own boat. 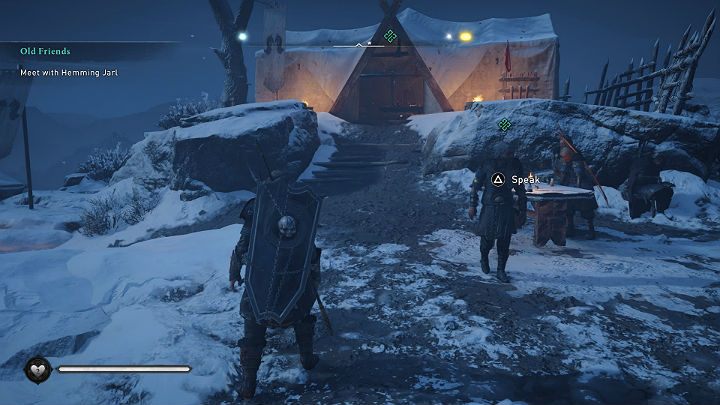 Once you make landfall, get on your horse and ride to meet Vili and his father. Hemming will explain to you a situation that unfortunately does not develop well. The Ulkerthorpe fort must be attacked before the tables turn due to the weather.

Find and kill the Chief of the Picts 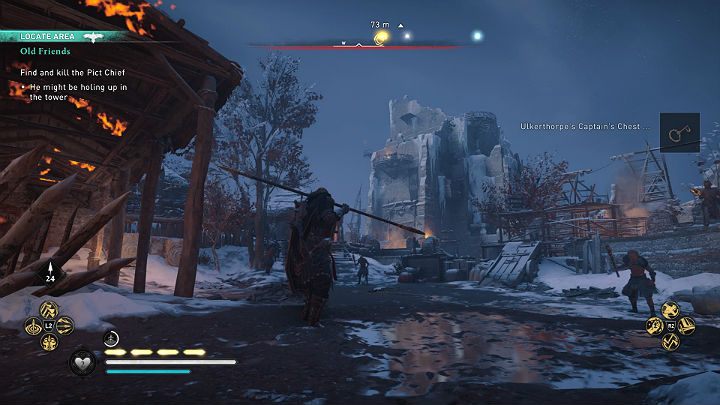 If you proceed through the courtyard and then climb the stairs to the top of the tower, you will attract the guards' attention; hence, the easiest way up is on the structure's external wall. Climb up to the top and prepare to fight. The commanding officer is accompanied by two smaller bandits, which are worth dealing with on the spot so that they do not interfere in the fight with a more difficult opponent. 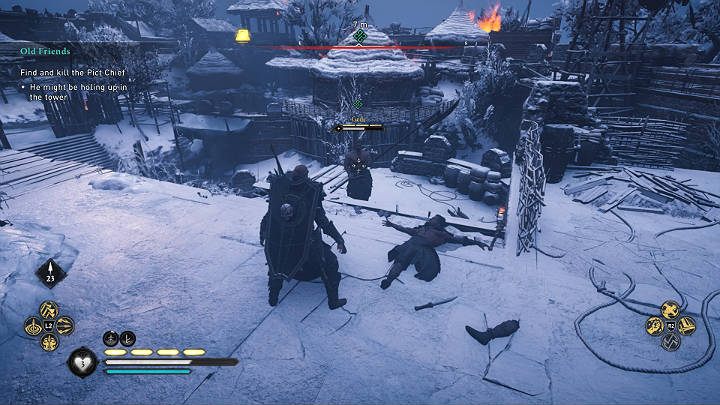 Fighting Gede is very similar to the one you fought in the Two Blades of Honor mission. He uses a mighty battle-axe as a weapon, so he's got a huge range of attacks. Remember to avoid or block special blows of your opponent, indicated by a yellow flash of runes. Fortunately, the leader of the Picts is not very tough so a few quick counter-attacks should be enough to defeat him.

If the mission "bugs" and the commander is in front of the tower, he may not resist at all, and you can easily finish him off. To move on to the next stage of this task, you will have to climb to the tower's top. 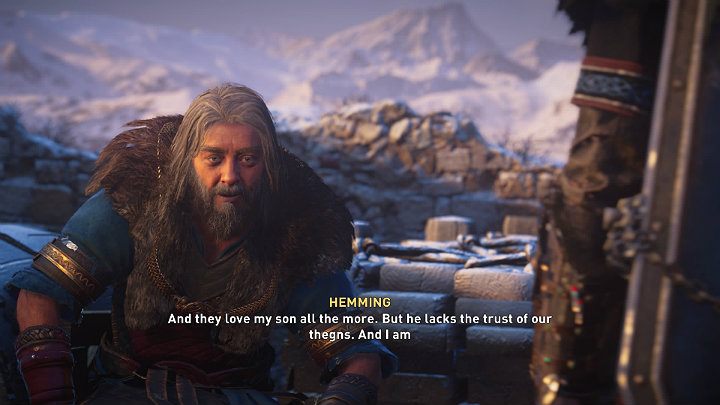 When the commander is defeated, the battle is over. During the cutscene, Hemming will tell you about his fears. His people support Vili, but he has not yet gained the thegns' trust, and Hemming runs out of time to convince them. Jarl is unwell and it was he who called Eivor to Snotingham to help him handing over the power to Vili.

After the conversation, the mission will end and you will receive 5100 XP as a reward.