On this page of the Assassin's Creed Valhalla game guide, you will find a detailed description of The Gutted Lamb mission

Having brought out the entire truth from Cynon, Eivor must rush to Aelfwood to save Tewdwr. The man stays with Modron and is in grave danger. 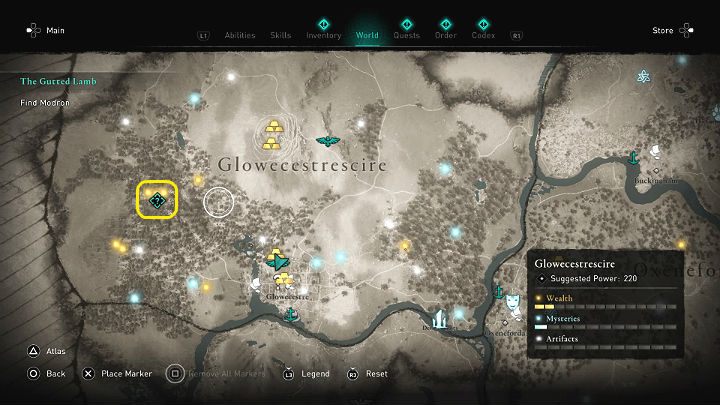 From Cynon you've learned, that Modron took Tewdwr to her temple in the Aelfwood forest. If you hurry up, you may be able to save him. 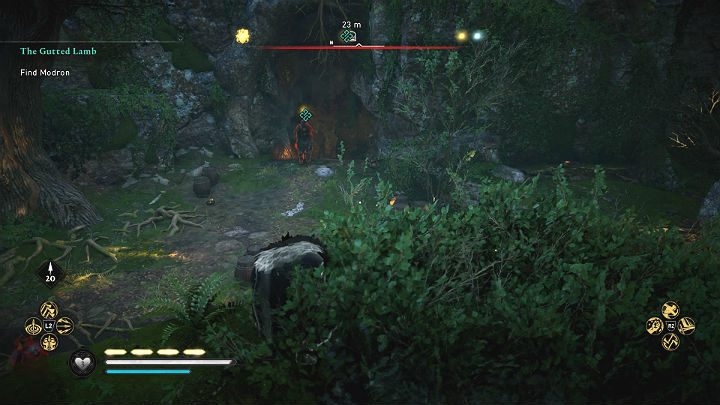 Surroundings are full of bandits, but if you don't want to, you don't have to engage them. Head straight to the large cave on the edge of the camp. Entrance is guarded by one elite opponent. 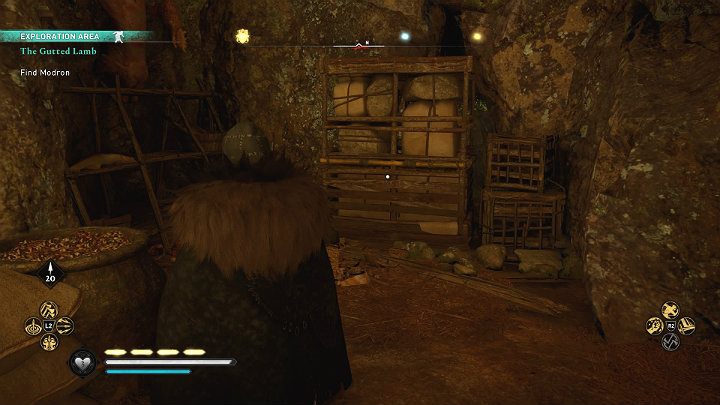 When you are inside, move the heavy rack to access the further part of the underground complex. 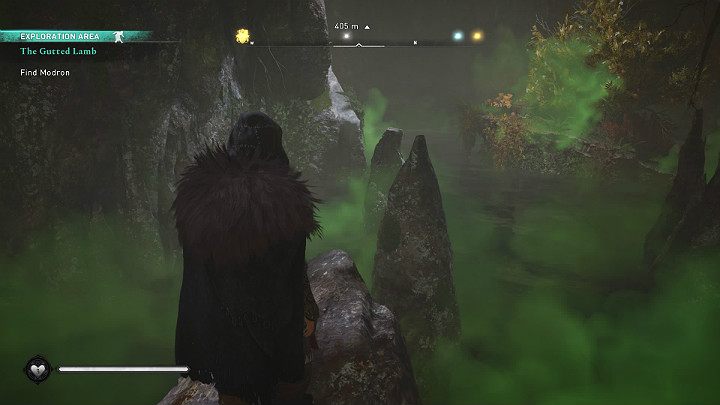 Jump over stalagmites and slide over the narrow ledge to walk through a cave filled with poisonous fumes. 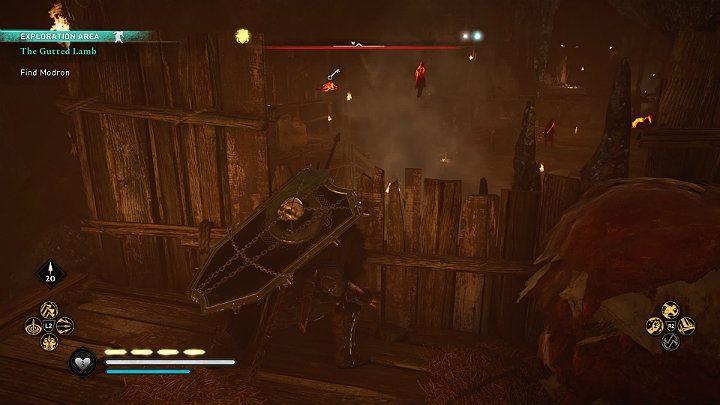 You will reach a well guarded cave. If you want, you can fight the bandits or avoid bloodshed and simply sneak into the room at the end of the underground complex. Modron has already started to perform the ritual, but Tewdwr has not yet been sacrificed so you can still rescue him.

Modron is a very agile opponent who has mastered the use of the bow. She will move amidst the wooden platforms, and she'll send towards you well-aimed arrows. 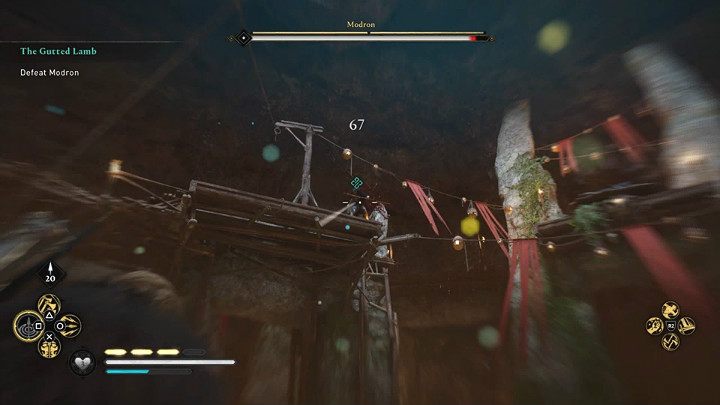 If you have developed your character into a distance fight, you can easily deal with this opponent using the Focus of the Nornir skill and sewing to Modron from a bow. 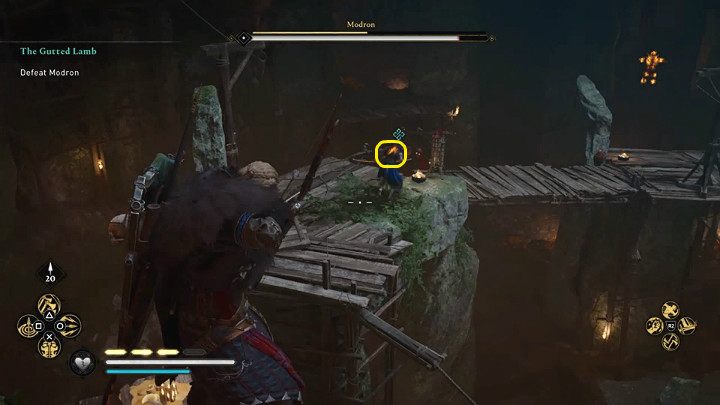 Modron has two vulnerable points: left foot and back. When you hit any of those, she will be stunned. The chance of hitting her in the back occurs when Modron tries to jump or run to the next platform or slide down the rope into the arena. 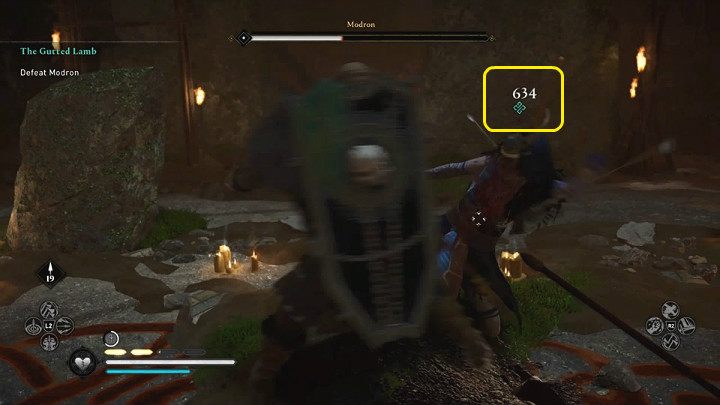 When your opponent is stunned, you will have a chance to launch a powerful attack that will immediately drain her health bar by about one quarter. 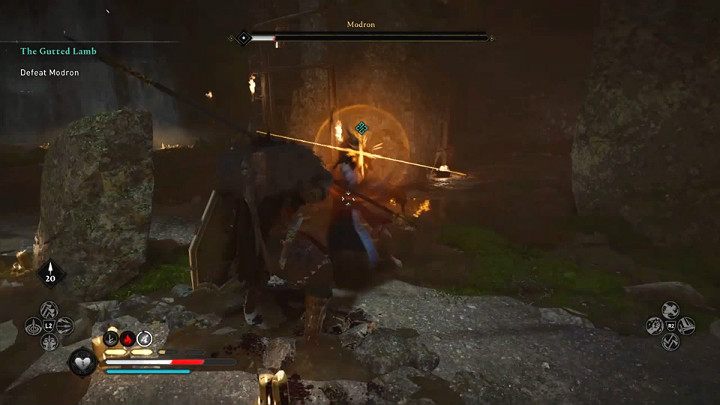 A yellow flash of runes indicates the vast majority of additional Modron's attacks - these can be blocked or warded off. Make sure to avoid attacks that are signalized by a red flash of runes - they must be avoided at all cost. 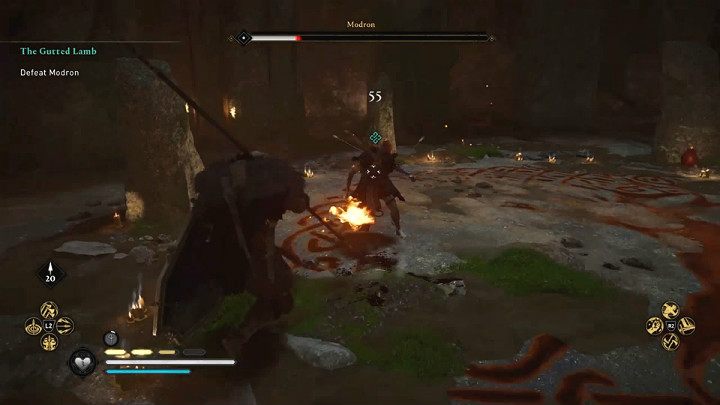 Modron also fights well with traditional spar weapons, and on top of that, she can set it on fire. Targeted attacks can set Eivor on fire so that he may receive fire-damage spread over time. 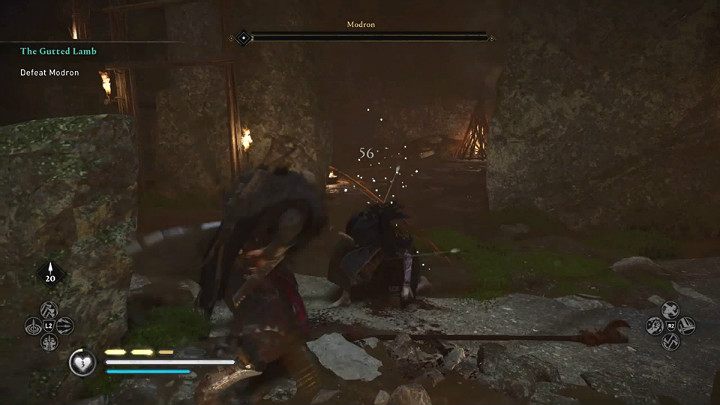 If you don't want Modron to often change her position and run around the arena, just stay close to her. Avoid special and fiery attacks that could burn you and launch counter-attacks; this way, you will quickly deal with this opponent.

Similar to most of the bosses that you'll have to fight in Assassin's Creed Valhalla, Modron has the ability to heal herself. When a white, runic aura appears around her, and she starts to drink from the wineskin, it means that she's started to regenerate her health. Attack him immediately to interrupt his healing. 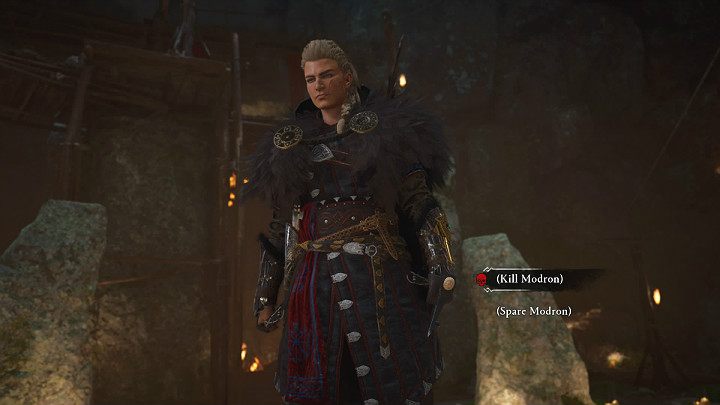 After you win the duel you can decide what happens to Modron.

The mission will end, you will receive 3 580 XP as a reward.