On this page of the Assassin's Creed Valhalla guide, you will find a detailed walkthrough for The Stolen King mission.

The only lead on the mysterious disappearance of Tevdwr leads to a mysterious druid who lives in the eastern part of the region. 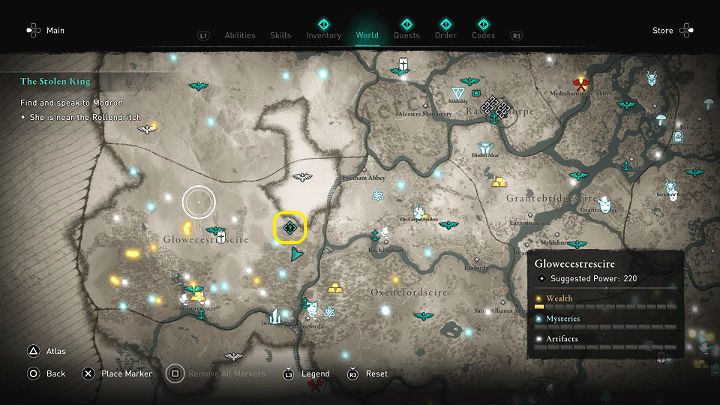 Find and speak to Modron 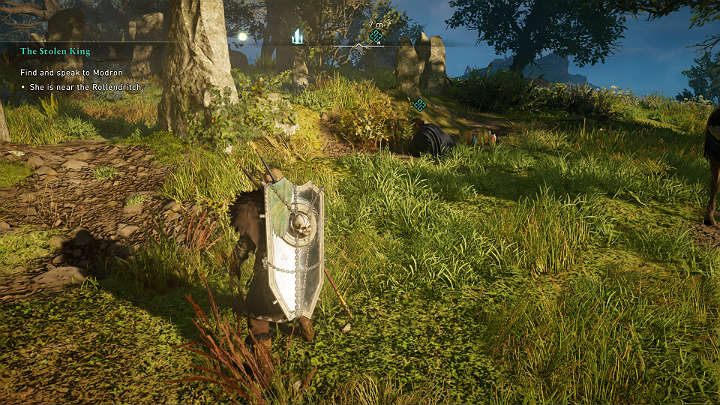 Modron is waiting for you by the stone boulders near Rollendritch. The woman will inform you that it will be best if you do not take off your disguise because the guards are continuing the pursuit and Tevdwr's body has still not been found. He will also explain that Cudd Lladron is the Welsh name of the Thieves' Warren. 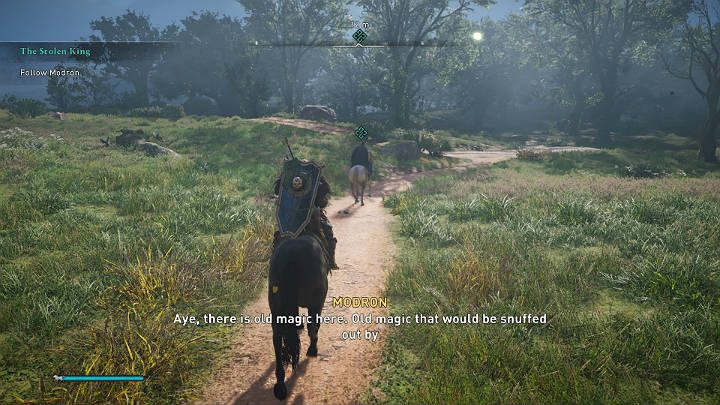 Get on your horse and follow Modron to the Thieves' Warren. The woman will leave you before the entrance to the hill and tell you that she will wait at a nearby shrine. You now need to act alone. 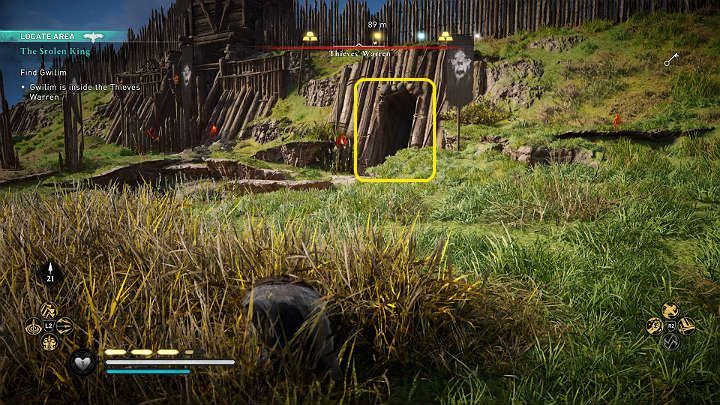 The Thieves' Warren is, of course, very well guarded and full of bandits. If you do not want to start an alarm, use one of the side entrances, that lead through a hole in the wooden palisade. 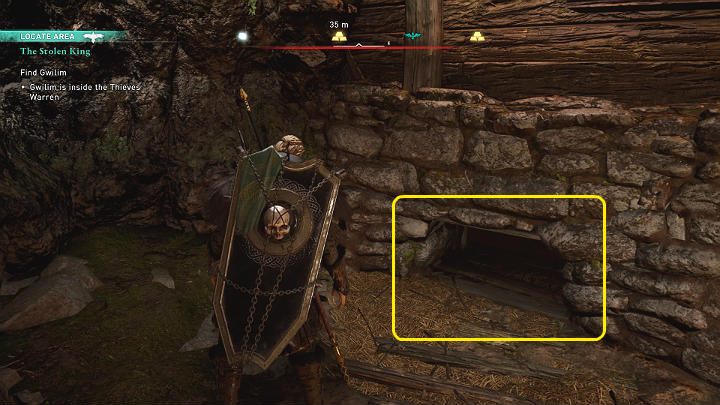 Sneaking around you will hear Tevdwr's voice which indicates that the man is still alive. Follow the path laid out by the canal and then turn right. You will notice a hole through which you can slip in the foundations of the cottage. 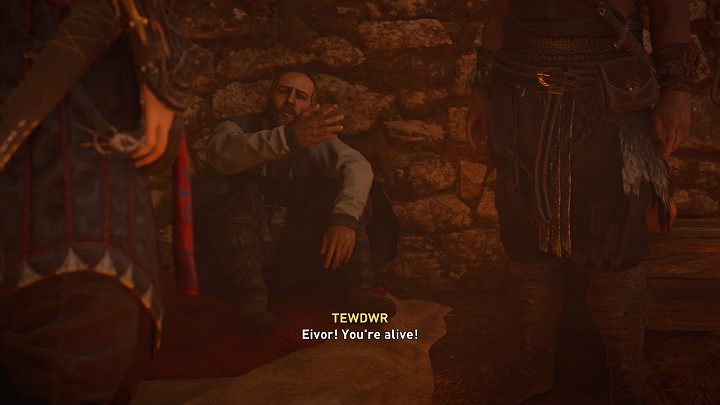 Inside you will find Gwilim and Tevdwr. As it turns out, the man and his gang followed Cynon's orders, who paid them to get rid of Tevdwr.

Carry Tewdwr back to Modron 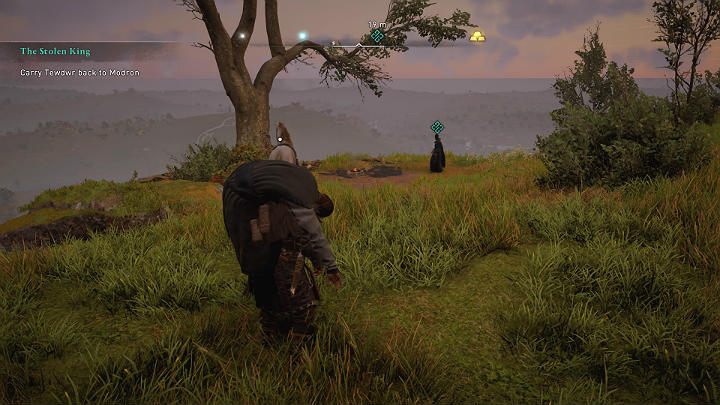 Tevdwr needs the help of a healer so take him to Modron. The woman suspects that it may be a blood disease, but will try to help him. Interestingly, she also comes to the conclusion that Cynon may have wanted to sacrifice Tevdwr so that he would not have to sacrifice himself. 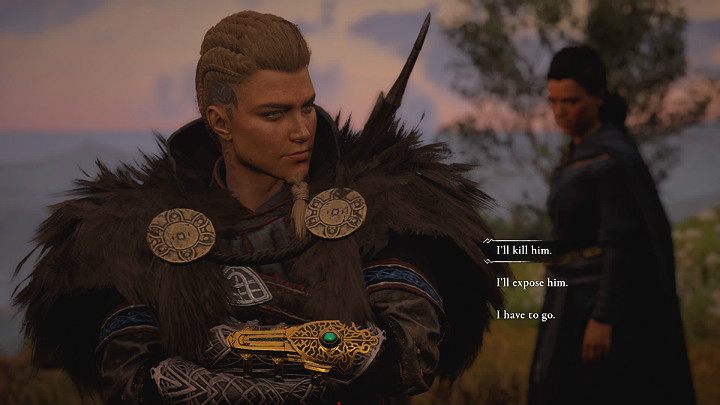 When a woman asks what you want to do with Cynon, you can answer as follows:

After the conversation, the mission will end and you will receive 3 400 XP as a reward.