On this page of the Assassin's Creed Valhalla guide you will find a walkthrough of the Faravid boss fight. You will find out when you will face Faravid, what types of attacks does he use and how to avoid them, and how to defeat him quickly and effectively.

The battle with Faravid takes place during the Of Blood and Bonds main story quest. Unfortunately, Hafldan isn't fully sane as his body is struggling with an illness. As a result, he accuses Faravid of treason. Supporting the Jarl will lead to a fight between Eivor and Faravid. 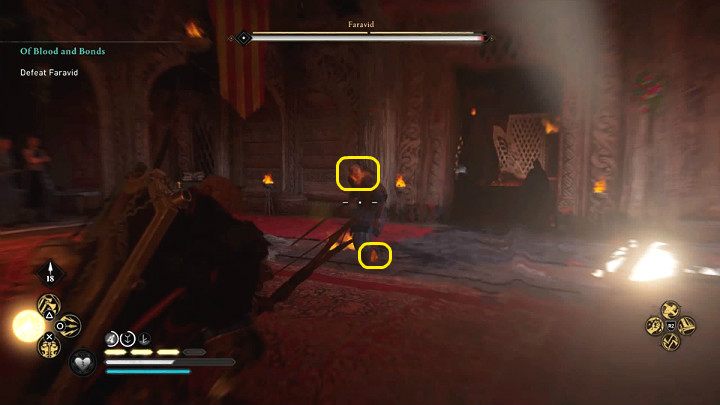 Faravid is a very able warrior who has mastered fighting with a long sword. His attacks are fluent and can be mixed into combinations that deal a lot of damage. During the duel focus on attacking his weak points - in his case, these are the head and the right foot. Hitting them will stun Faravid. 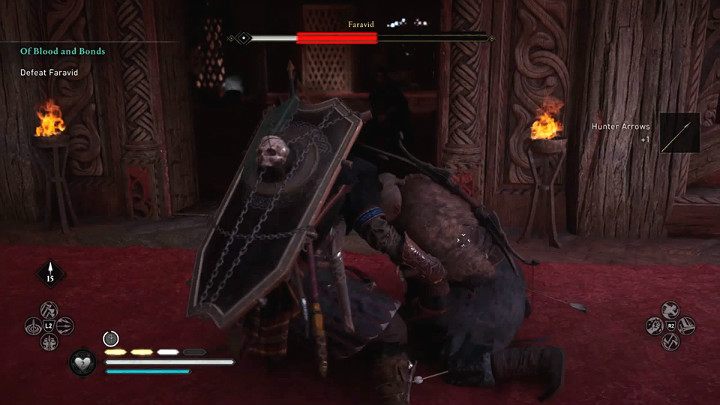 This opens the way for a powerful attack that will immediately deplete the boss' health bar by about 1/3. 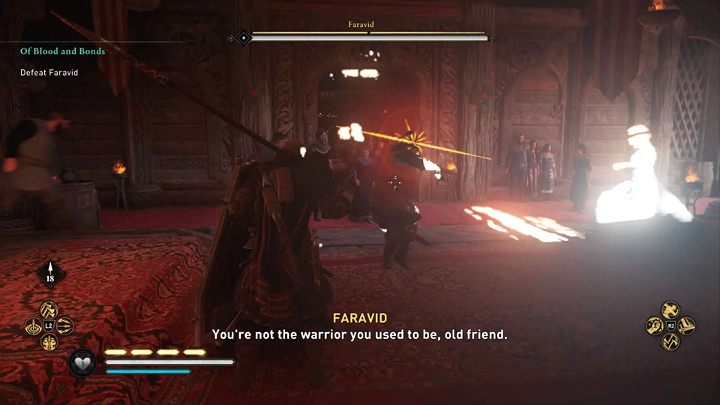 Most of Faravid's special attacks are indicated by a yellow rune flash and can be blocked or parried. Attacks that are preceded by a red rune flash need to be fully dodged. 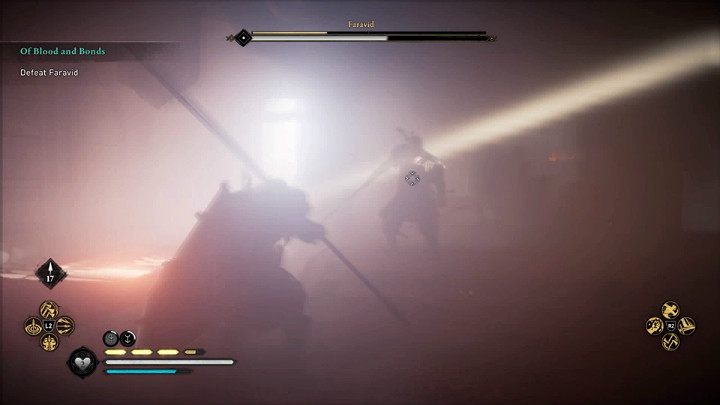 Faravid has a trick up his sleeve that can make the fight a little bit more difficult. The boss uses smoke bombs, which he can throw in any direction. They explode into smoke screens which limit visibility, making it difficult to predict your opponent's next move. 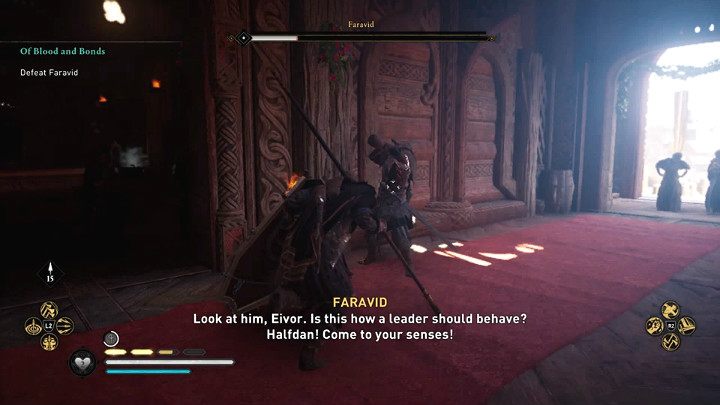 Like most of the bosses that you'll have to fight in Assassin's Creed Valhalla, Faravid can heal himself. When a white, runic aura appears around him and he starts to drink from a bottle, it means he is starting to regenerate his health. Attack him immediately to interrupt his healing. 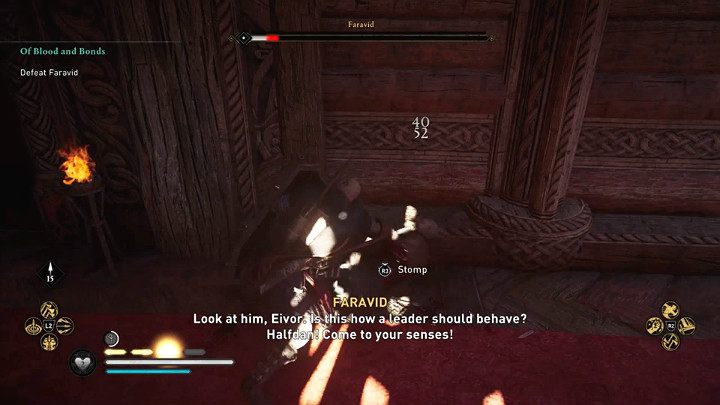 When you defeat Faravid, instead of finishing him off, Eivor will bring him to Halfdan, who will pass judgement on him. Faravid refuses to fight with the jarl, saying that he always let him win so this time he will do the same. Halfdan will crush his old friend's head in anger and this is how Faravid's life will end.