On this page of the Assassin's Creed Valhalla guide, you will find a detailed walkthrough for the Honor's Hubris mission.

Faravid, supported by the Saxon King Ricsige, has gathered armies to fight the Picts. Eivor keeps his promise and comes to Stenwege to help in the fight. 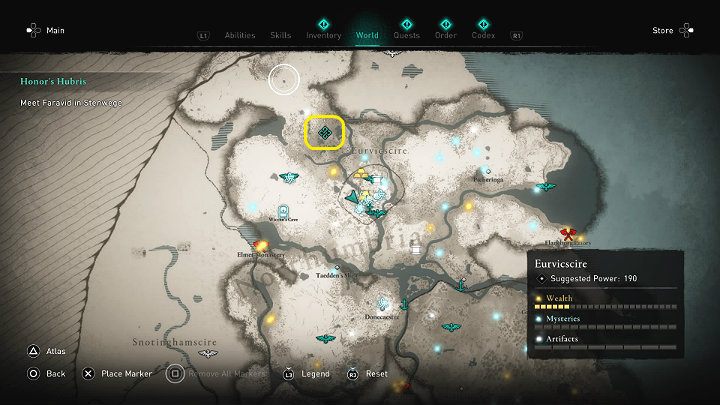 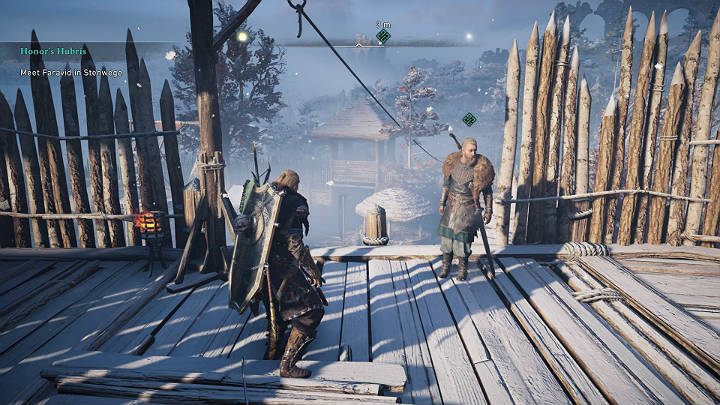 Faravid will inform you that the allied troops have not arrived yet, but they will surely appear soon. Time to go to Magnis. Use the rope to leave the camp. Climb on your horse and travel to Magnis. 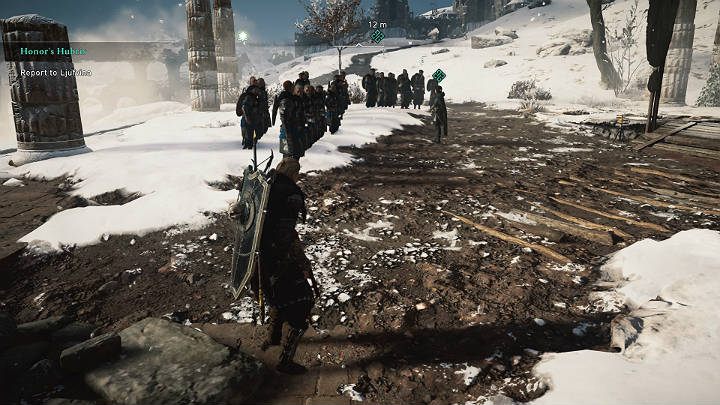 Once you reached your destination, talk to Ljufvina. Eivor's old friend is conducting a drill. Interestingly, Halfdan appears, who have learned about the upcoming battle from King Ricsige (or from Eivor, if you've decided to reveal the battle plans to him). After a short argument and Ljufvina's intervention, Halfdan gives up his betrayal plans and wants to join the fight.

Negotiate with the Pict envoy 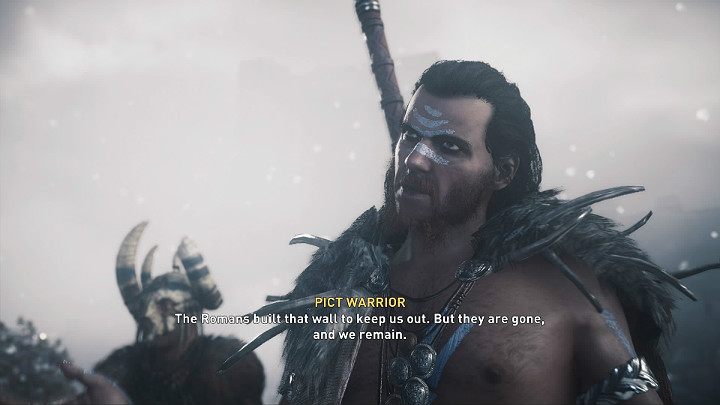 Halfdan and Eivor will respond to the envoy's call and try peace talks. Interestingly, behind the walls of the fortress, there is Ricsige himself, who provokes the Normans to fight. 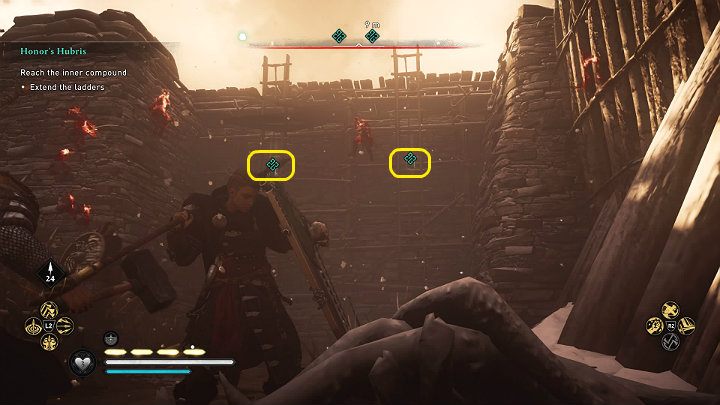 Defeat the elite units of King Ricsige and then go towards the outer walls. Lower the ladders (shoot at the weak points) to get access to the fortress with your people. 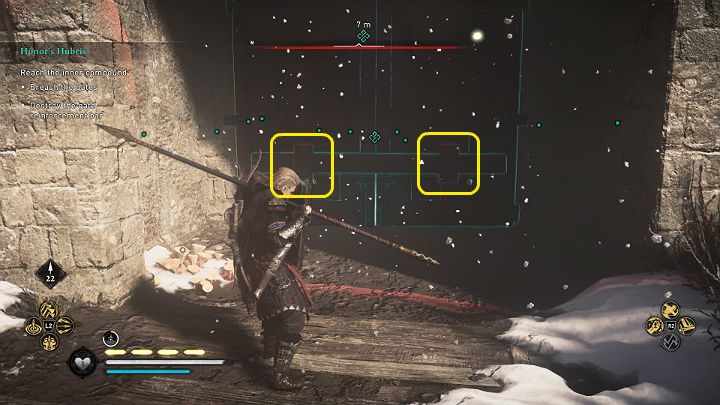 Climb the walls and then cross to the other side. Destroy the gate's straps from the inside and then open the gate to let your troops in. 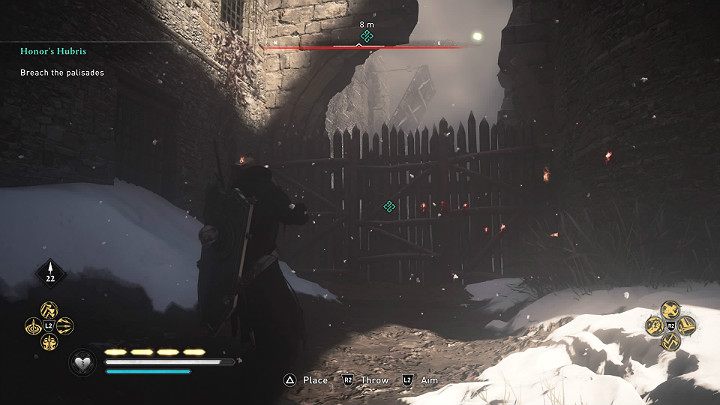 Grab the oil jug that stands at the wall on the left and throw it at the palisade to open the passage for your troops.

Shoot at the chain's links to lower the Drawbridge 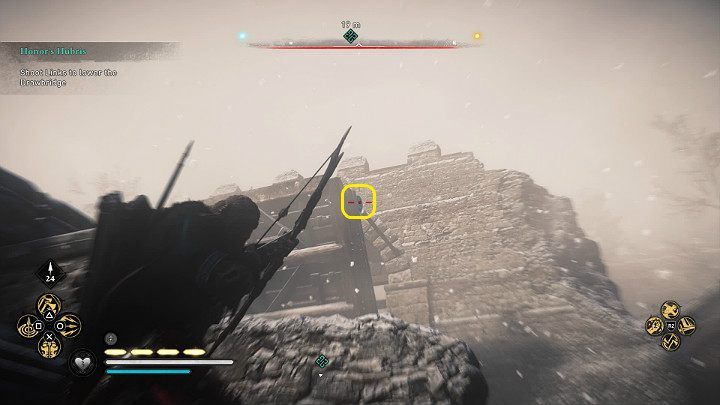 Shoot the two weak points of the bridge to get access to it. You have to shoot from an unusual direction, so it is best to position yourself on a nearby wall. 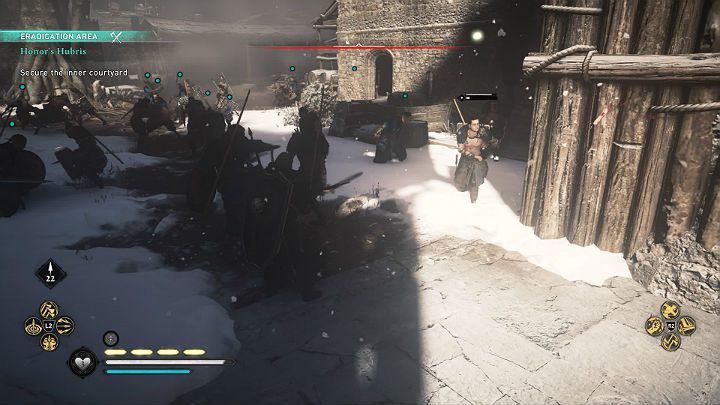 Enter the courtyard and eliminate all opponents. Allied troops with Halfdan at the helm will help you in the fight.

The opponent has not yet said the last word. After conquering the fortress, it is time to take on the role of a defender and resist the attack of the Picts, who attack the fortress from the north. Jump over the wall and fight. 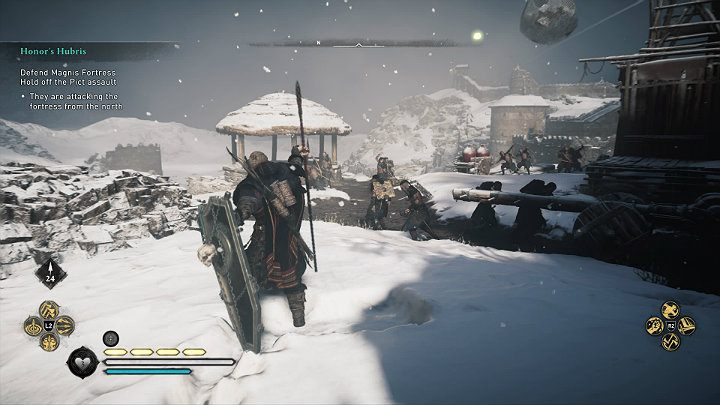 Also note that the opponents managed to bring a battering ram - it is worth taking care of the warriors who operate it. 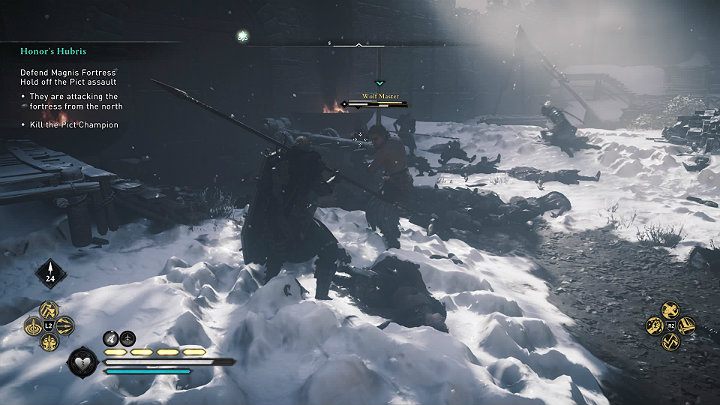 Among the enemy troops, there will be one stronger opponent - a hero. The hero's has strong attacks and he can regenerate lost health. 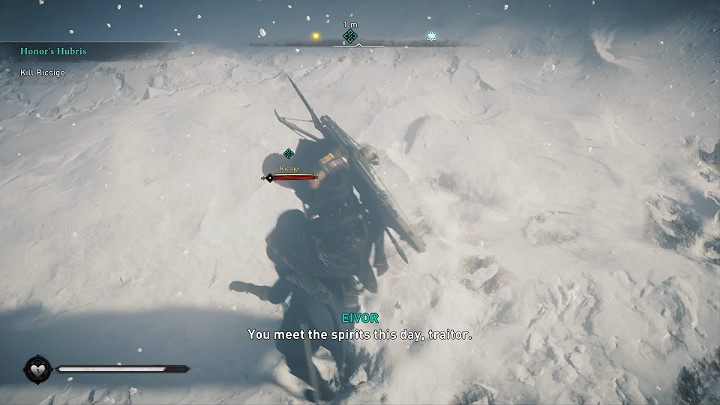 King Ricsige took advantage of the confusion and saved himself by running away. The man is running towards the north - catch up with him and eliminate him. One hit with the hidden blade should do the job. After a short cut-scene the mission will end and you will receive 3400 XP as a reward.