On this page of Assassin's Creed Valhalla's guide, you will find a detailed walkthrough for the This Son of Jorvik mission

Faravid presents Eivor with his great plan to prove his unquestionable loyalty to Halfdan. 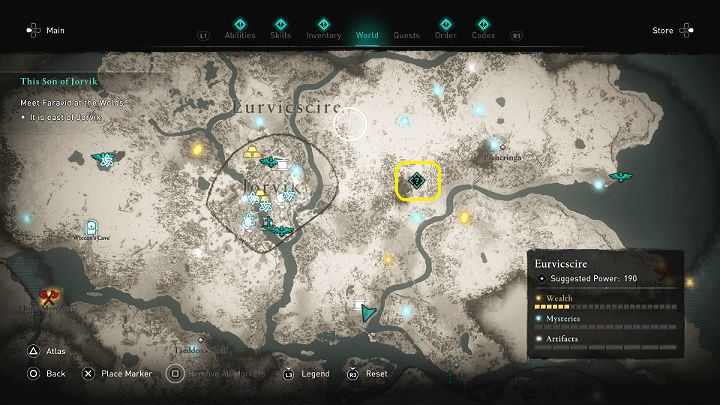 Meet Faravid at the Wolds 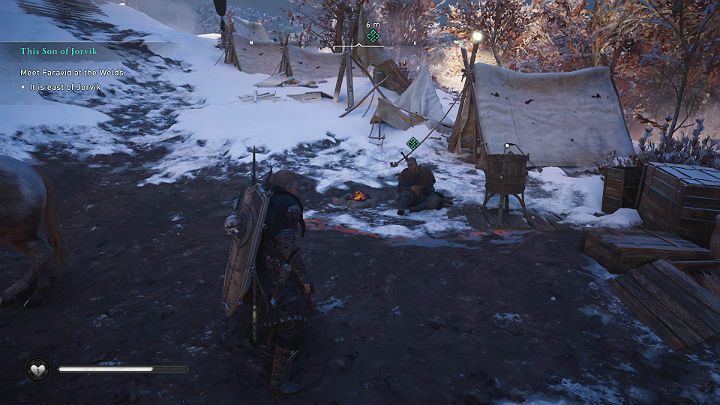 Faravid is waiting for you at the camp. When you inform him that Ulf was killed by Halfdan, he will admit that he asked for trouble himself and did not listen to advice. He will also tell you that their jarl didn't always behave like that and didn't get carried away by his emotions. 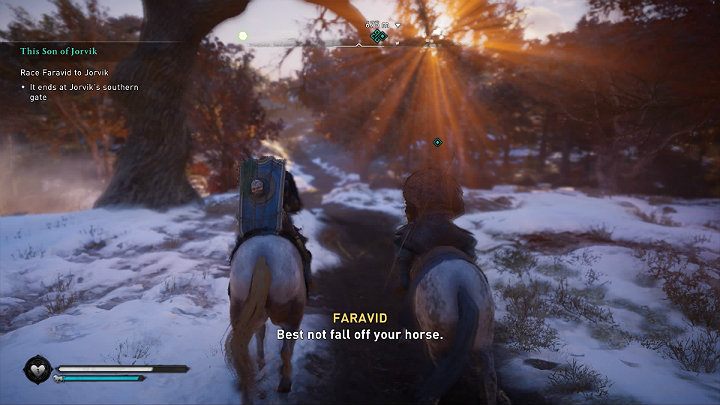 Faravid challenges Eivor to a drunken race to Jorvik. Have a drink and then jump on your horse and take part in the race. It is best to stick to the road, because then you will reach highest speeds and the horse will not lose stamina.

It makes no difference whether you win the race or not. The next part of the story will go exactly the same way. 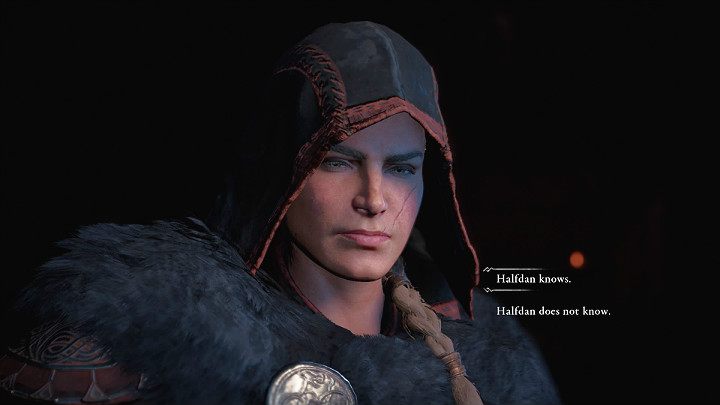 Faravid prefers to present his case to King Ricsige and ask him for help in the fight than to drag his yarl into it. What is more, he asks not to tell Ricsige that Halfdan will not participate in the fight. When Ricsige asks you this, you can react in the following way:

Find and speak to Hjorr 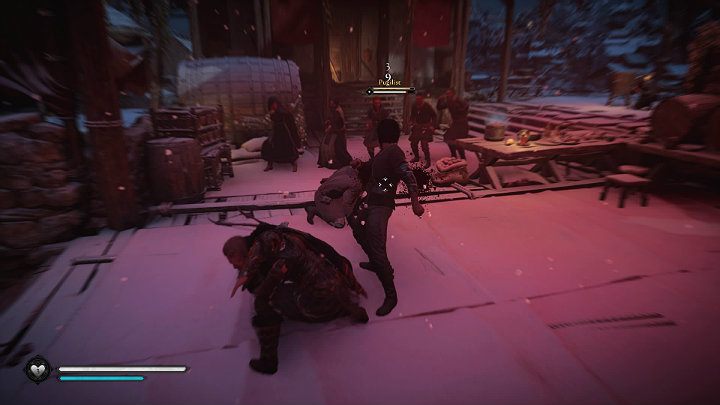 You will find Hjorra accompanied by Ljufvin in front of the tavern. The king's advisor got into an argument with the inhabitants, leading to a fight. Help your friends to win the fight. 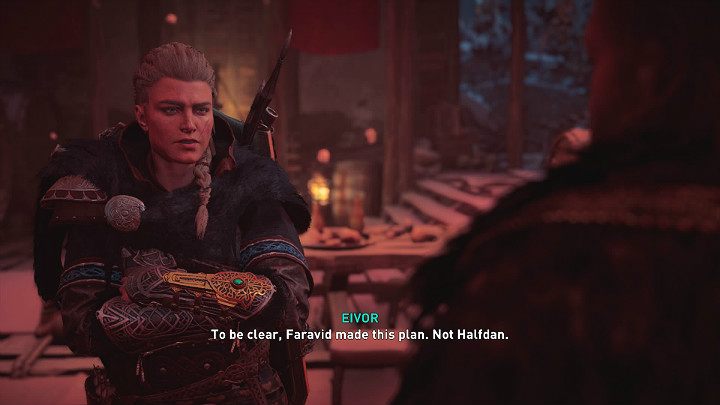 After the fight, Eivor explains to Hjoror and Ljufvin what brings him to Jorvik, and an old friend decides to help him forge the document. 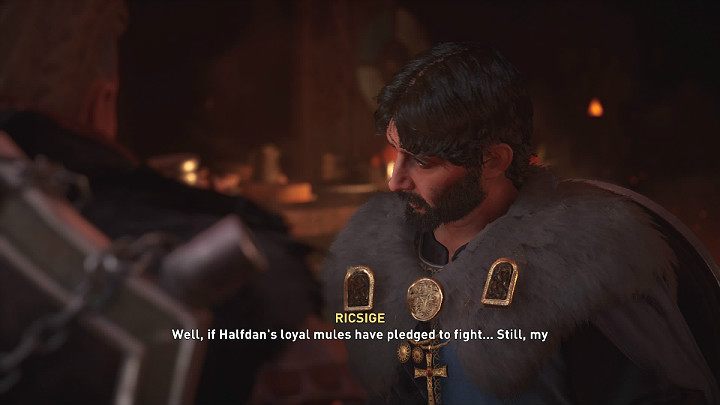 Return to the royal headquarters to pick up the necessary document from Hjorr. If the man is not there yet, wait a while or meditate to speed up the time. During the cut-scene, Eivor will present Halfdan's orders to the king, who will agree to send his soldiers into battle.

After the conversation with the king the mission will end and you will receive 3 400 XP as a reward.