On this page of Assassin's Creed Valhalla guide you will find a detailed walkthrough for the Road to Hamartia mission.

Halfdan's madness, unfortunately, is intensifying, which makes him suspect even those closest to him. Eivor is supposed to check if Faravid is not plotting behind the back of his jarl. 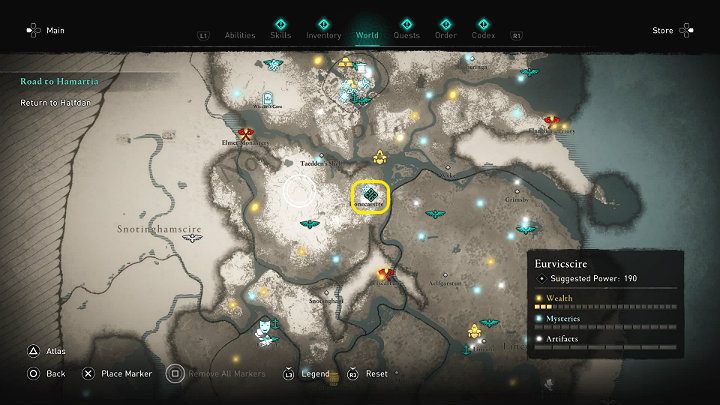 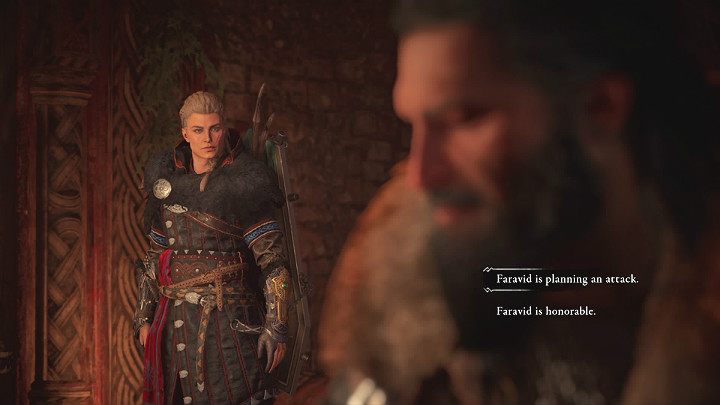 After you have managed to deal with the leader of the Picts, it is time to go back to Halfdan and report back to him. Interestingly, Moira, the herbalist mentioned by Faravid, will stand at the side of the jarl. Halfdan will ask if Faravid is loyal and you can answer as follows:

Find and speak to Moira

Go to the south of Donecaestre to talk to the herbalist. If you have trouble locating the right cottage, use the raven. When you get there you will notice that Moira is not at home. From the letter that she left on the table, you will learn that she went to Wyke to help her brother take care of his wife. 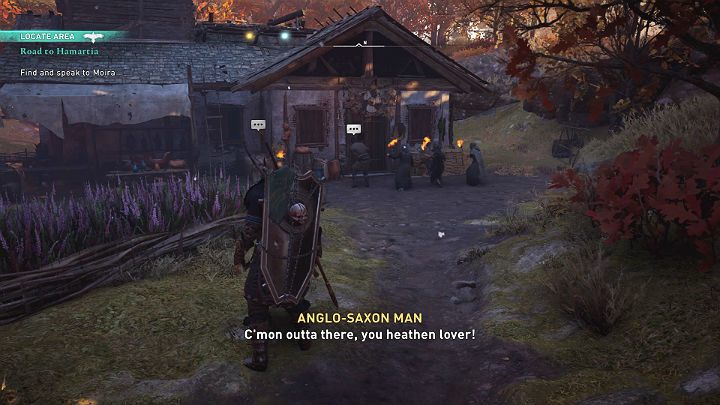 Go to the village to find Moira - one of the houses in the depths of the forest belongs to her. In front of the building, there are residents that shout threats against the herbalist. 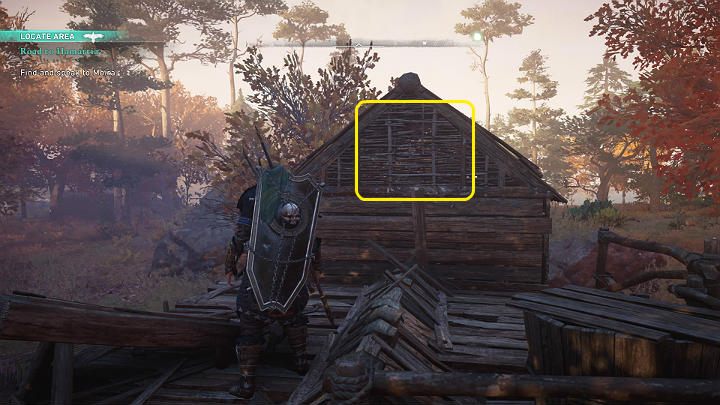 The main door is barricaded, but you can get into the building through the roof. Just smash the wooden wall on the top of it.

The woman is afraid to leave the house and she will only do so when the angry crowd standing outside is dispersed. 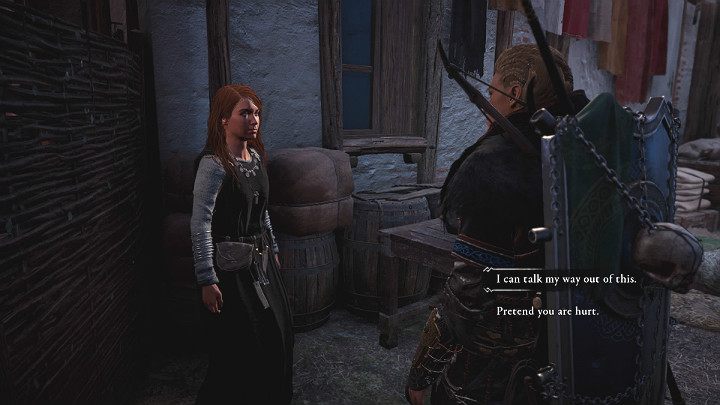 There aretwo ways to solve a problem with an angry crowd. 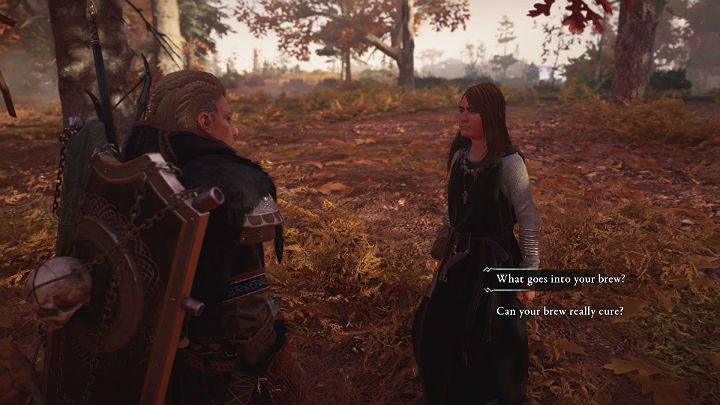 No matter what solution you choose, talk to Moira. The woman will say that she isn't poisoning the yarl and will even list all of the ingredients she uses to brew her potion. She also remarks that Halfdan has mental problems.

Find and report to Halfdan 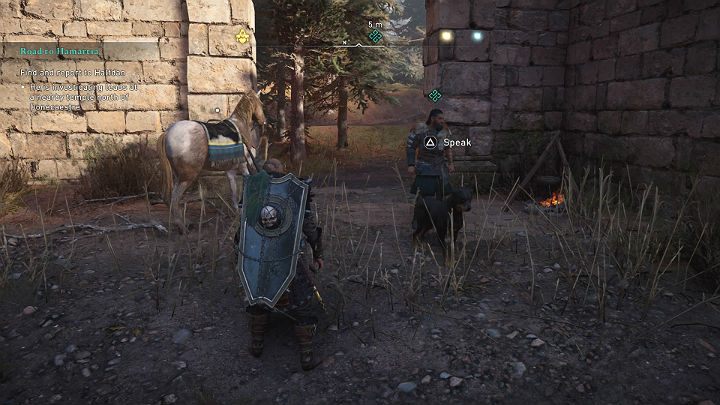 Go to a nearby temple, north of Donecaestre, to talk to Halfdan. The man tries to eliminate a group of bandits who lurk in the swamps. He learned about them thanks to information from one of his scouts. 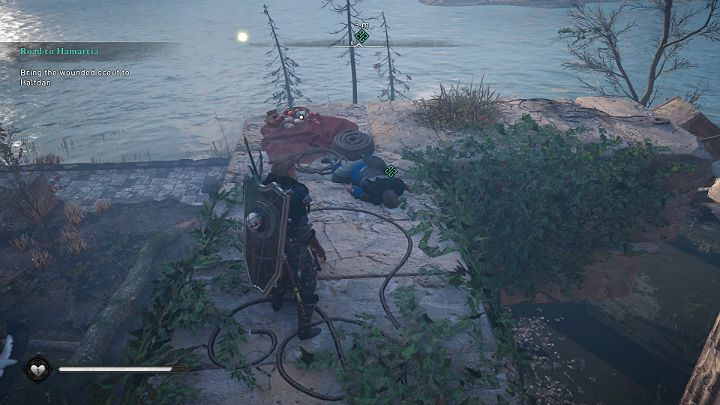 Look around the marshes to find Olav, the Halfdan scout. You will find him in a makeshift camp on top of high pillars. Unfortunately, the man barely lives. 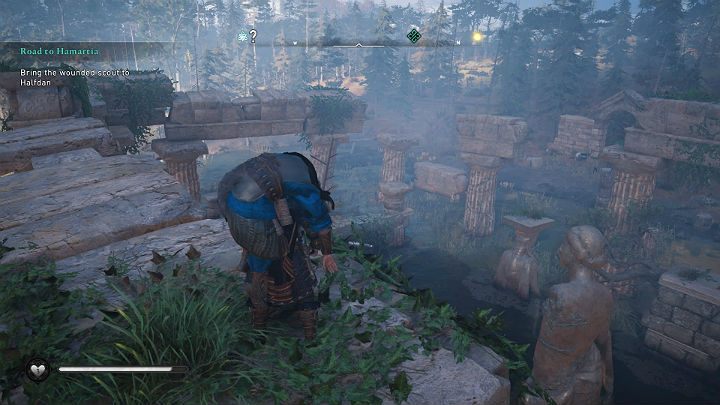 Grab Olav and bring him down. The path leads through ropes and along pillars. At the end of the road you have to jump to the ground. 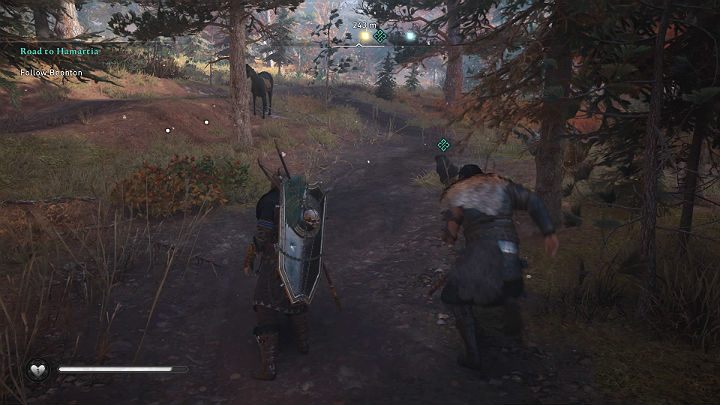 Unfortunately, Olav will not survive and Halfdan will order the dog to track down the bandits who murdered one of his scouts. Follow the animal and you will reach the abandoned ruins. Enter them. 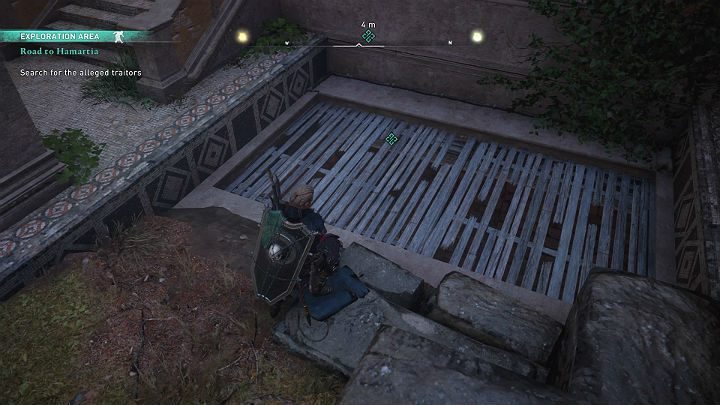 Break the wooden hatch that covers the entrance to the underground area and go downstairs to look around a bit. 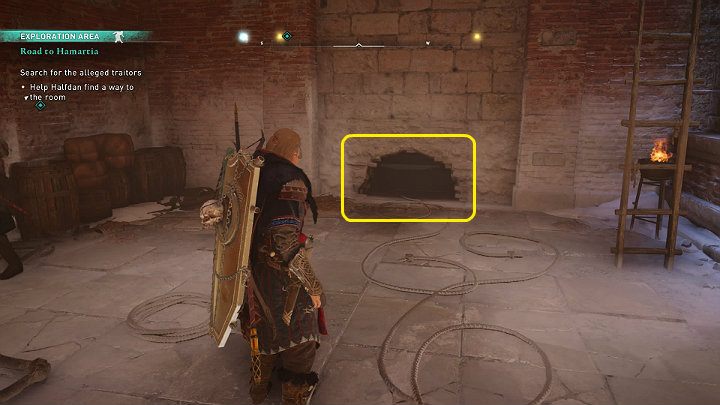 Slide through the hole in the wall and then dive to the further part of the underground complex. 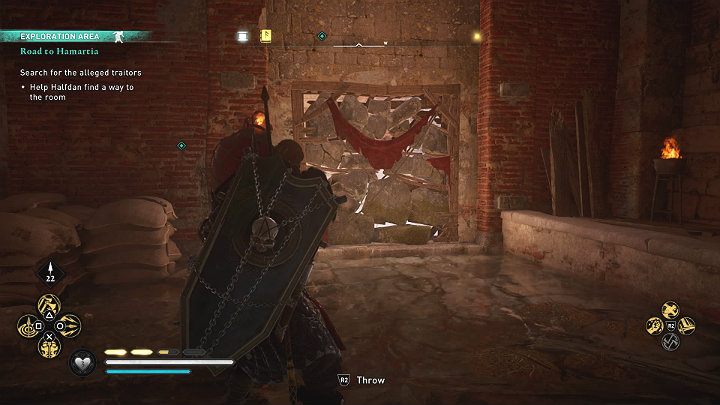 Take an oil jug (you will find it in the room to the right of the entrance) and break the boulders blocking the passage to this room so that Halfdan can join you. 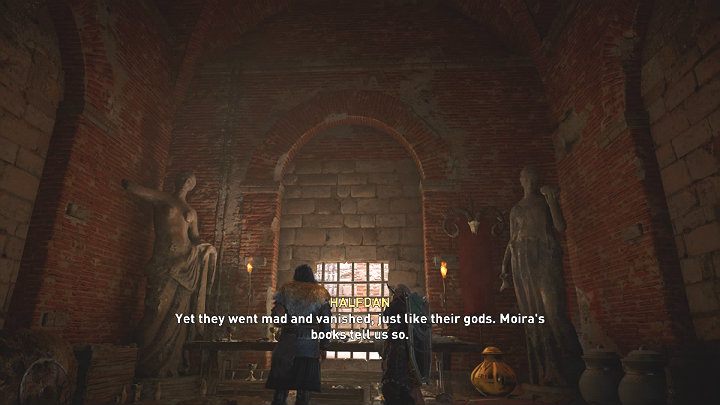 After the jarl joins Eivor, search for a red door in the further part of the corridor. You will find yourself in a chamber filled with various treasures. Halfdan gets angry at the sight of this wealth and finds out that it was stolen from him. When he asks about Moira, Eivor explains that she is not a threat. Jarl will not believe that he may be sick and will blame the poison, which someone apparently gives him.

Find the source of the voice 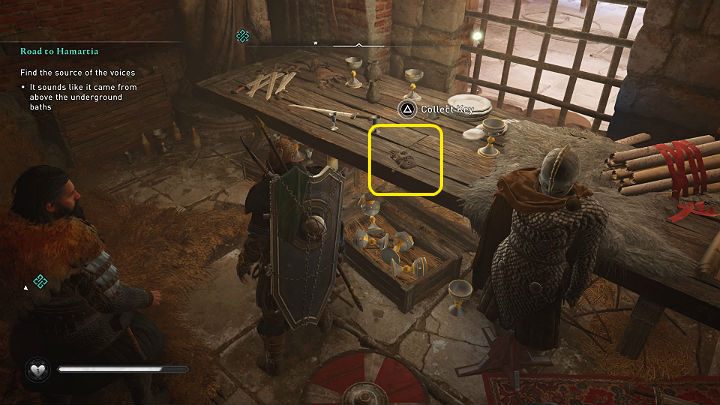 Collect the key from the table and then open the door which is opposite to the chamber where you have just been. Follow the corridor and you'll finally reach surface. 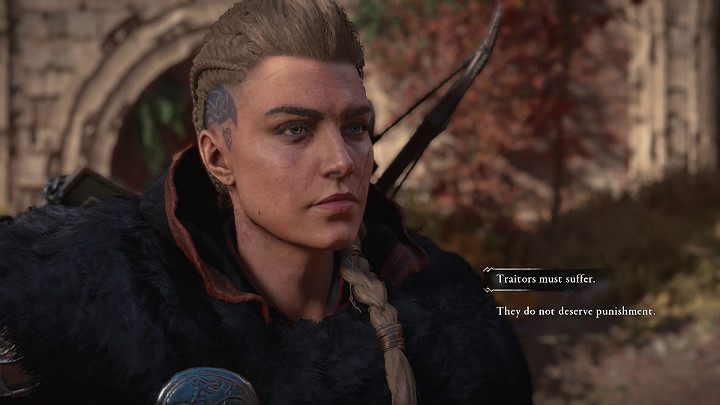 Outside you will encounter Ulf and his gang. The man will begin to explain that he received the valuables from Faravid for a job well done and that he had no idea that he had mortally wounded Olav - he thought he was a thief. You can decide what will happen to Ulf and his people.

The mission will end and you will receive 6 800 XP as a reward.