On this page of the Assassin's Creed Valhalla guide you will find a detailed walkthrough for Honor Has Two Edges mission.

Halfdan asked Eivor to find evidence of Faravid's alleged betrayal. To accomplish this task, Eivor helps one of jarl people in the fight against the Picts. 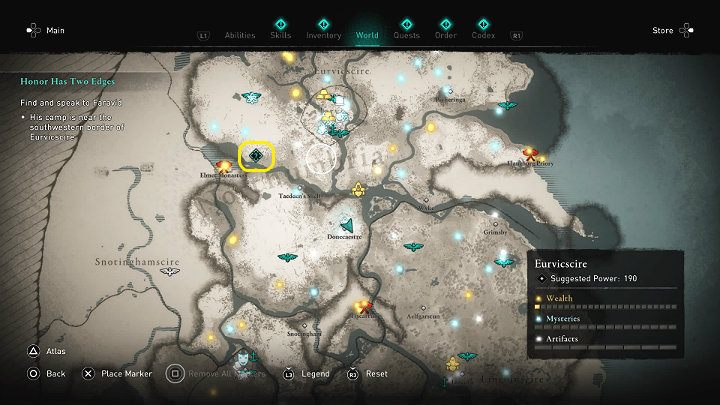 Find and speak to Faravid 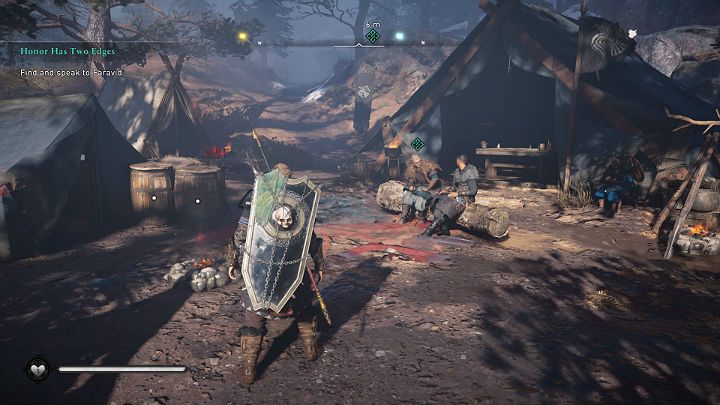 Go to a frontline camp and talk to Faravid. The man is accompanied by Ulf, who apparently does not trust Eivor very much and openly expresses his opinion about him. Faravid will inform you that enemy troops have invaded the nearby monastery and you need to deal with them.

Escort Faravid and his men 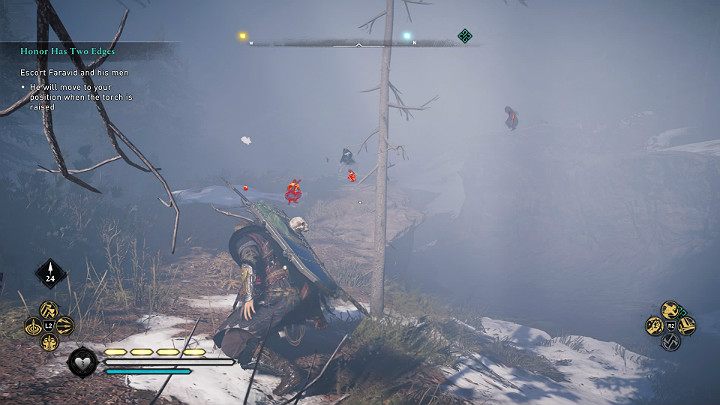 As soon as you leave the camp you will be attacked by bandits hiding in the forest. If you react at the right moment you will be able to attack them by surprise. While on the way, eliminate all enemies lurking on both sides of the narrow ravine. 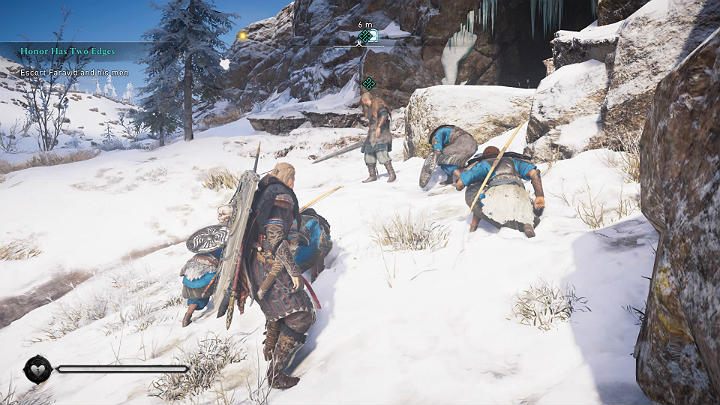 When you get to the cave entrance, talk to Faravid. The warrior will ask you to clean the cave of bandits while he and his men will patrol the area around the entrance to the underground tunnel. 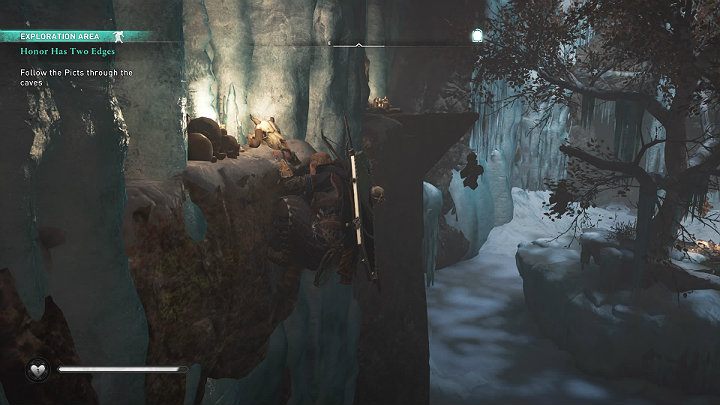 When walking through the cave, stay close to the walls to get further into the tunnel, as Eivor will not be able to grasp the icy surfaces. 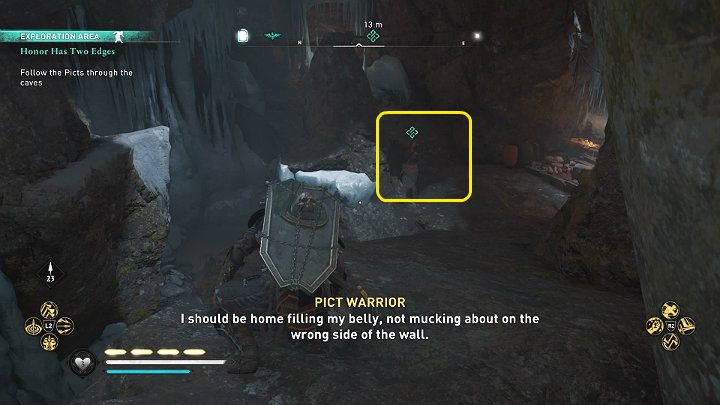 You will finally reach a cave where two Picts scouts are staying. Eliminate the warriors and continue forward to speak to Faravid. A note that will interest him can be found at the body of one of the bandits. 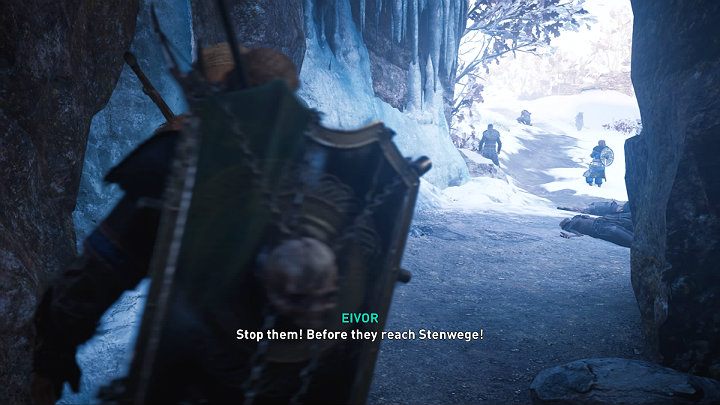 Eivor will tell Faravid that the enemy forces are stationed in Stenwege, and to get ready for a war in which the enemy can count on help from outside. Unfortunately, we do not know who their ally is. 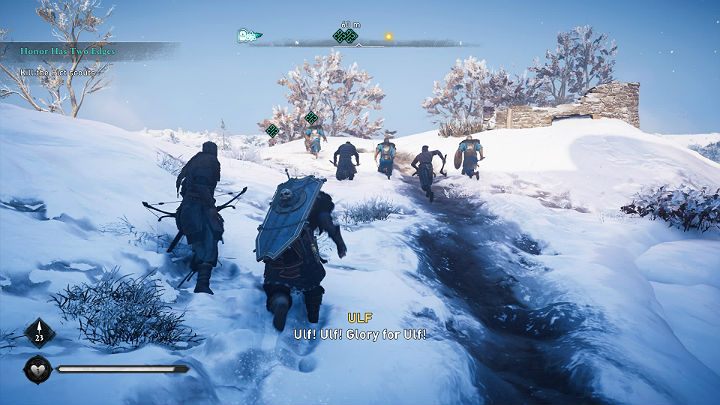 Your presence will be discovered by a few scouts, who will immediately make a run to Stenwege to notify their comrades. You must catch up with them and then eliminate them. 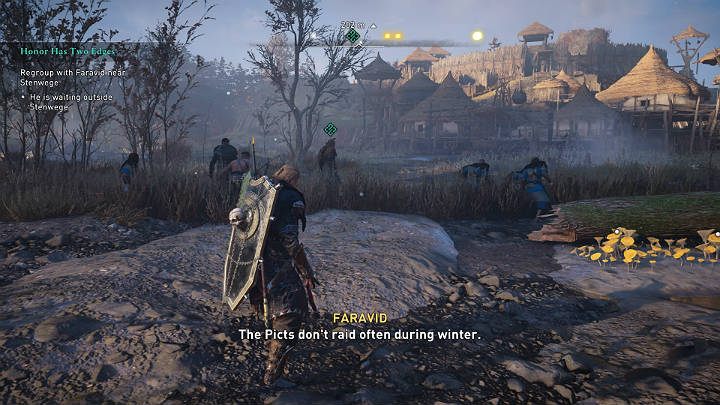 Once the threat is over, go with Faravid to lurk near Stenwege and plan the next move.

Find and kill the Pict Chief

The Stenwege camp is of course well guarded but you don't have to eliminate all enemies if you prefer to avoid combat. 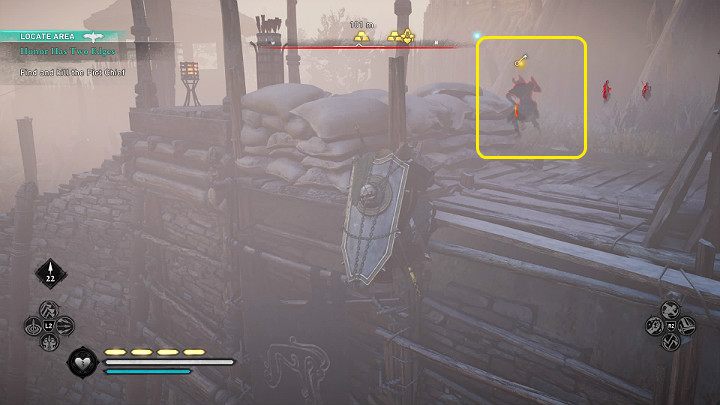 Your goal is the leader you will find in the main fortress. However, the door to the inner circle of the settlement is locked and requires a key - it is in the possession of the guard marked in the picture above. 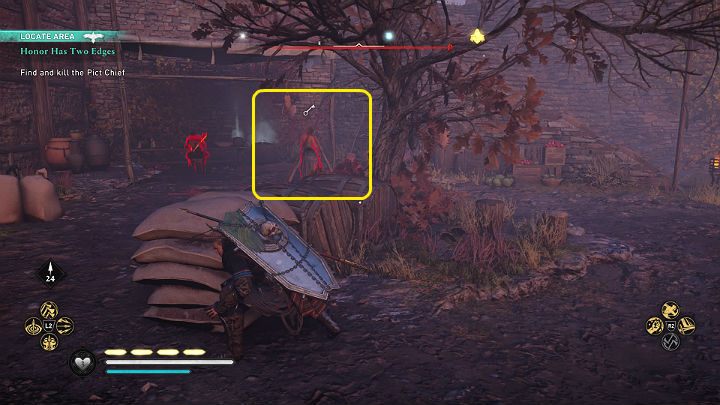 When you enter the inner circle you must eliminate the next keyholder. The keyholder is equipped with a large axe, and his attacks can seriously damage Eivor's health so be careful. It is best to eliminate him using the hidden blade. 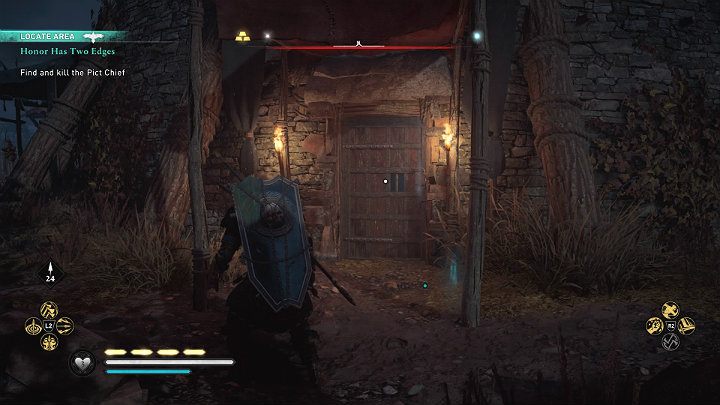 The entrance to the leader's hideout is in the main tower. Open the door and get ready to fight a more serious opponent. 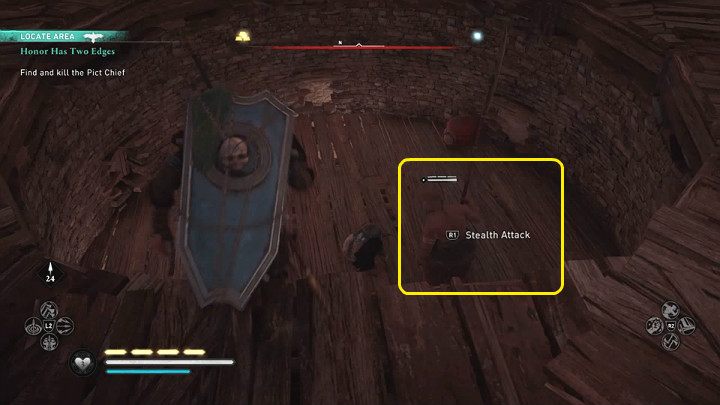 The enemy fights with a large axe and there is not much space in the arena so you have to make use of your shield or perform dodges to avoid getting hurt. The best way to start the duel is to use the height advantage and perform a surprise attack, which will deprive your opponent of about 50% of his health. 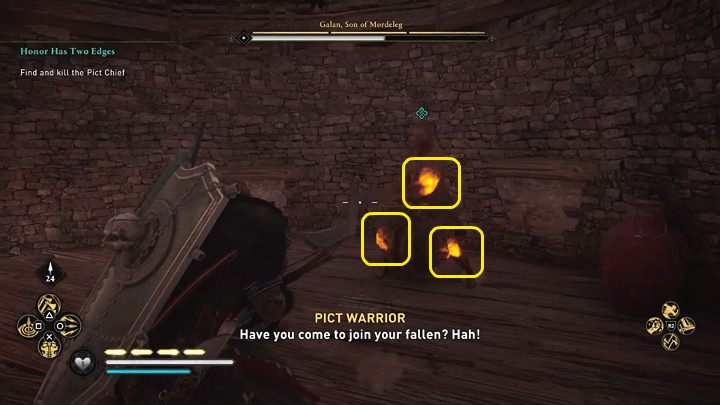 The opponent has three weak points: left biceps, right knee, and left knee. When you hit those areas, the warrior will be stunned and you will be able to follow with an attack that will end the fight immediately. 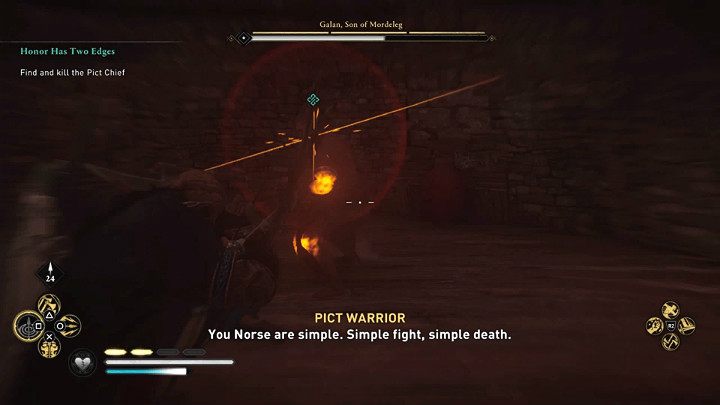 If you want to fight in the traditional way remember to avoid or block enemy attacks, which are indicated by a yellow rune flash Fortunately, the leader of the Picts is not that durable, so a few quick counter-attacks should be enough to defeat him. 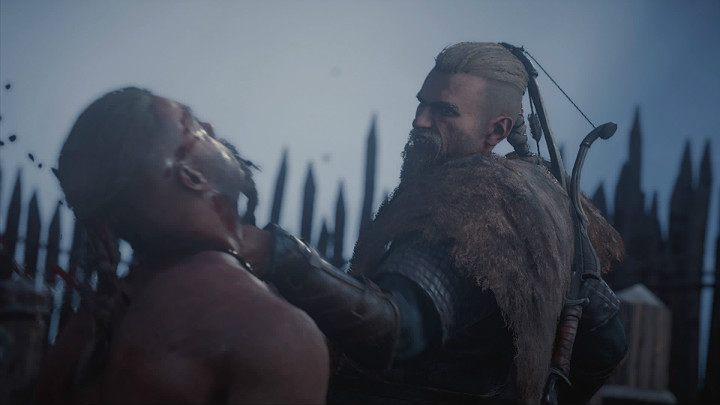 Interestingly, when Eivor leads the defeated leader out, Faravid will not let him speak a word but will kill him immediately. During the cut-scene, Faravid will tell you about Moira and her suspicious herbal infusions. 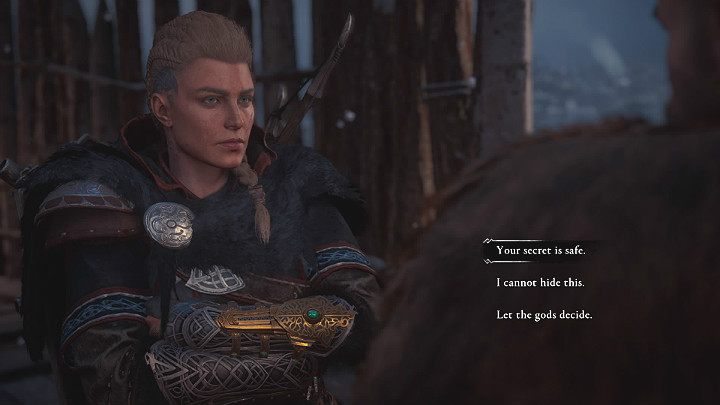 Moreover, the warrior will reveal to you his plan to strike the enemy before the next snowfall. He doesn't want to tell jarl about it, because he knows he would never agree to it. You can choose to keep a secret or openly oppose it.

After the conversation, the mission will end and you will receive 6 800 XP as a reward.