On this page of the Assassin's Creed Valhalla game guide, you will find a detailed description of the Salve for a Fresh Wound mission.

Sorrowful, after news of the loss of his father, Hunwald runs away to mourn him. Eivor sets off to find him and prepare for the upcoming Shiremoot County Council. 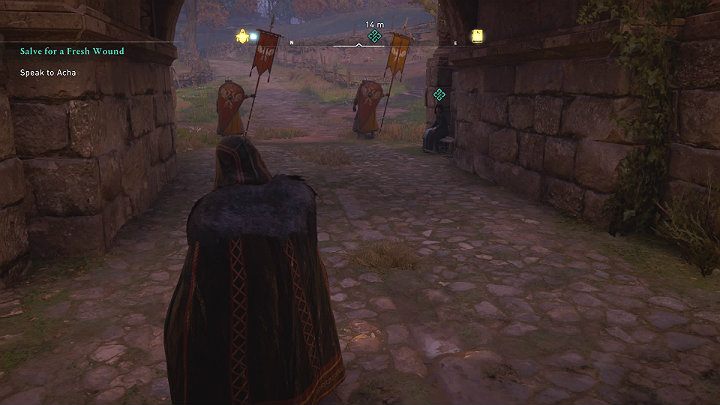 You'll Acha meet in Lincoln, at the northern gate. If elite guards accompany her, you will have to approach her from the city side to avoid the fight.

If you attack the guards, Acha may get scared and start running away all over the city. It will take some time before you'll be able catch up with her.

Find and speak to Hunwald 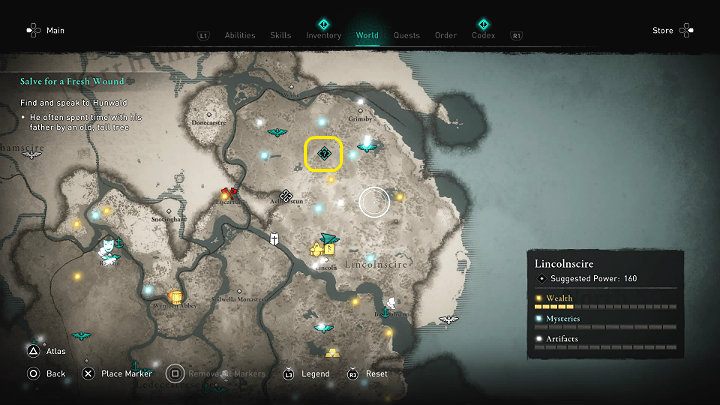 Acha saw Hunwald take the old Roman route to the north, to a place where he often stayed with his father. 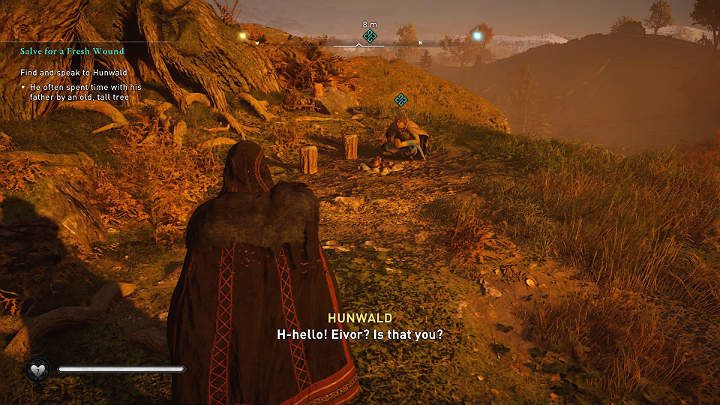 When you get there, talk to the young man. Hunwald will share some stories from his life and wants to introduce Eivor to his Norman sweetheart. 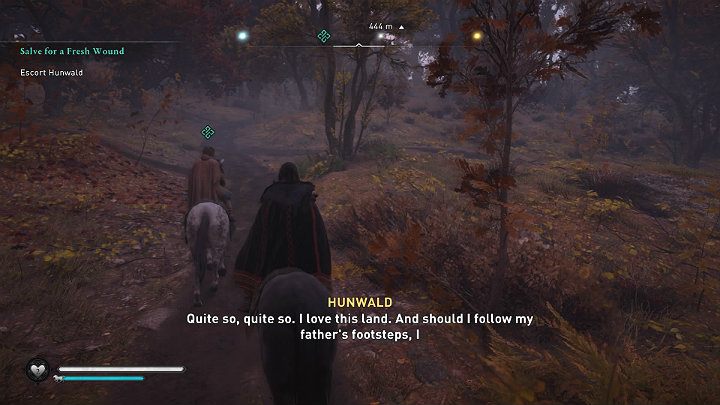 Get on your horse and escort Hunwald to Brimsgy. In the meantime, the young man will tell you how he intends to rule the county if he is elected ealdorman. 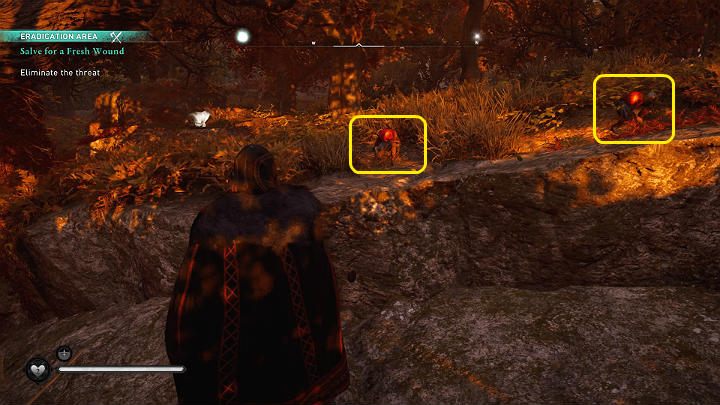 On the way, you will be attacked by a squad of guardians. Enemies will hide on both sides of the narrow passageway, as well as in the bushes. If you act early enough, you can surprise them and eliminate them quietly. Finish off your opponents, and then talk to Hunwald to move on. 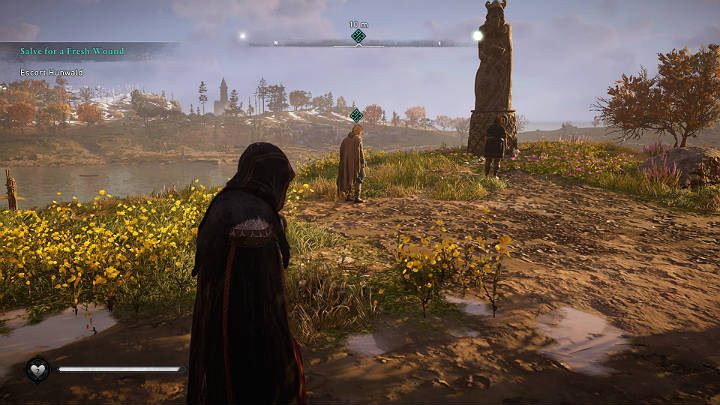 When you get there, you will find that despite Eivor's skepticism, Hunwald was telling the truth, and indeed his Norman fiancée exists. After a short cutscene, the mission will end, and you will receive 1,700 XP as a reward.