On this page of the Assassin's Creed Valhalla game guide, you will find a detailed walkthrough of the mission: In the Absence of an Ealdorman.

Father Hunwald has been seen last in the Church's shelter in Lincoln. Eivor must find out where to find him. 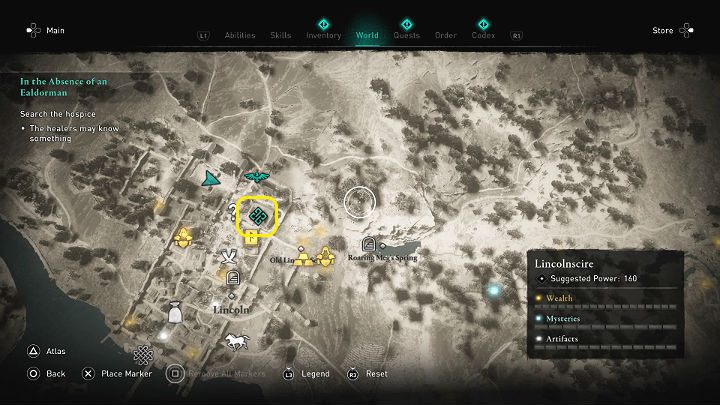 It is time to look around inside the shelter where Hundbeorth has been treated and see if the local medicine knows anything more about his disappearance. 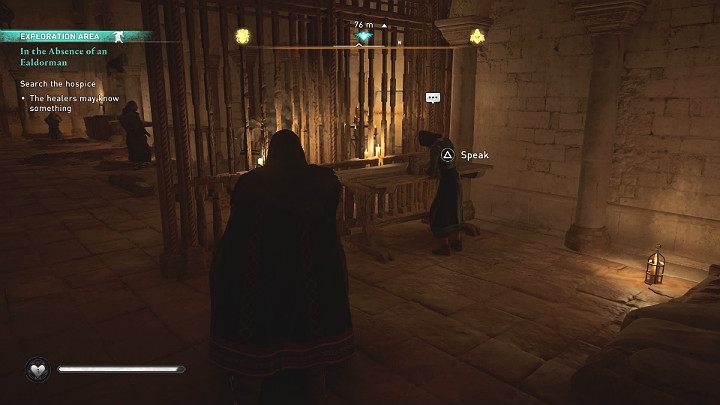 Once you're there, you can talk to all the NPCs who have a cloud icon over their heads, but the most important informant will be the head of the clinic. The woman will reveal to you that their healing methods have had no effect and the condition of the Ealdorman has been constantly deteriorating. Contrary to what she'd recommended, the man had been taken to the bathhouse.

There is no point wasting time talking to a hooded woman sitting by a tree in the square. She says she has a lot of interesting information about the Ealdorman, and when you follow her you'll find that these are all irrelevant. 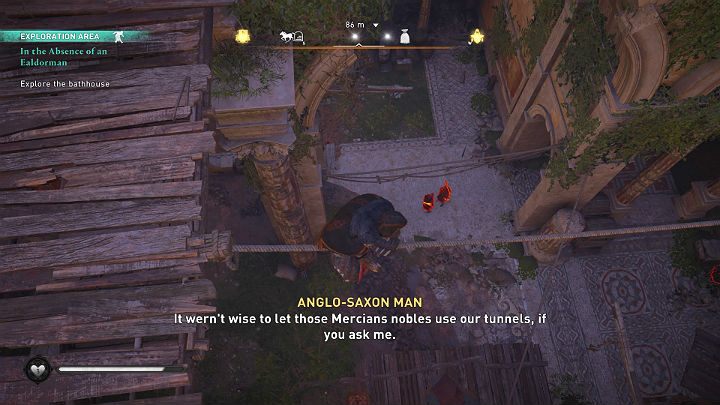 The ruins of the old baths are to the south of the shelter. When you are there, you may overhear the conversation of two bandits, and you will learn that they allowed the Mercian soldiers to use their tunnels and they find it a big mistake. 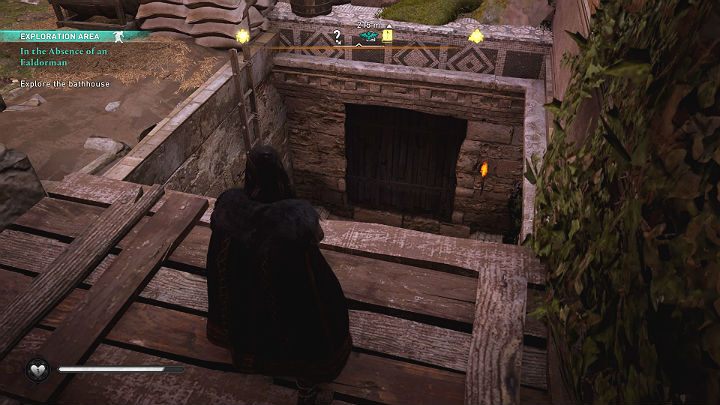 Finish off some bandits stationed in the ruins of the bathhouse and go underground to see where the tunnels lead. 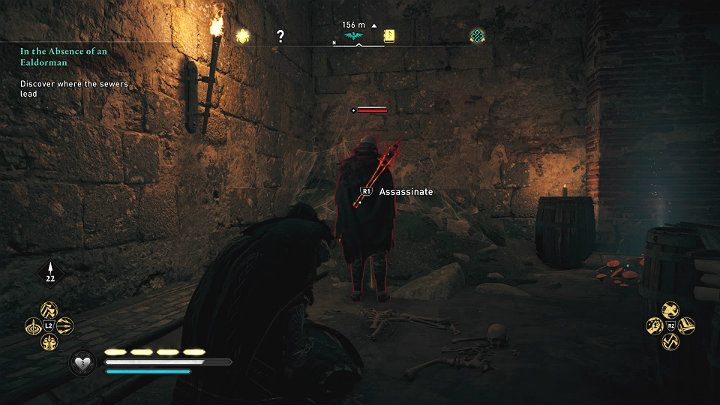 In the tunnels a few soldiers were left on guard and you will have to deal with them. Keep on going. 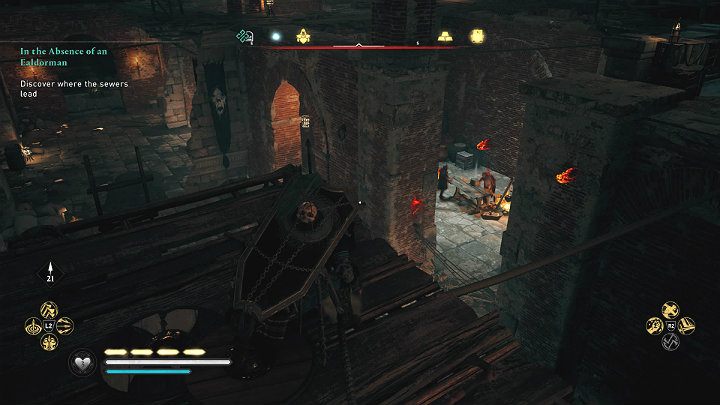 You will finally reach a large underground room with a group of bandits. Finish them off or just sneak into the exit. 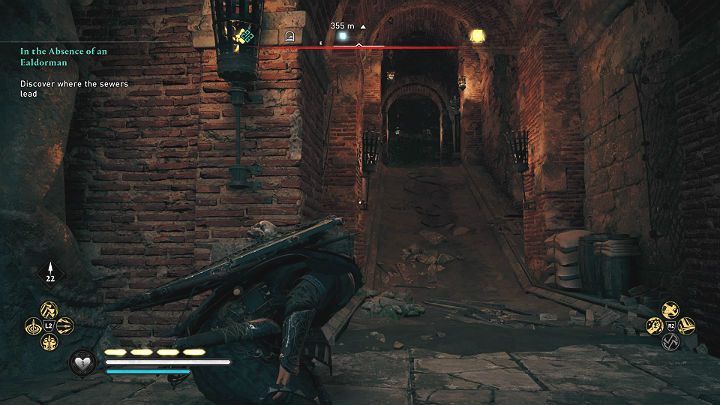 The tunnel leading to the staircase that you can come back to to the surface is on the upper level right in front of the tunnel that brought you here. Go ahead and you will reach the Roaring Meg's Spring location.

You will find a real battlefield on site. No doubt there was a fight here and you have to find out why. 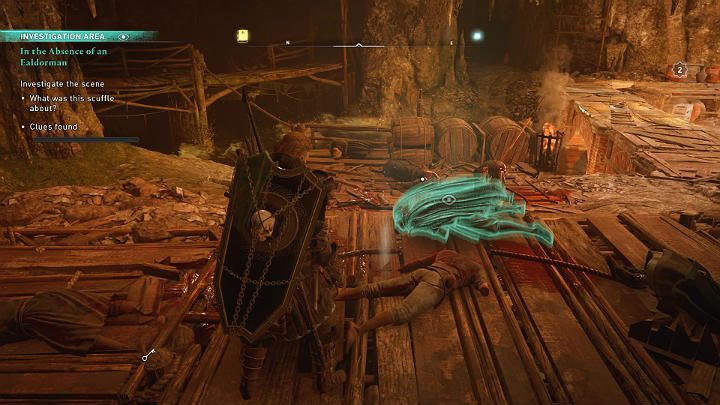 When you examine one of the bodies, Eivor will find that the mighty have clashed with the bandits and it did not end up well for the latter. 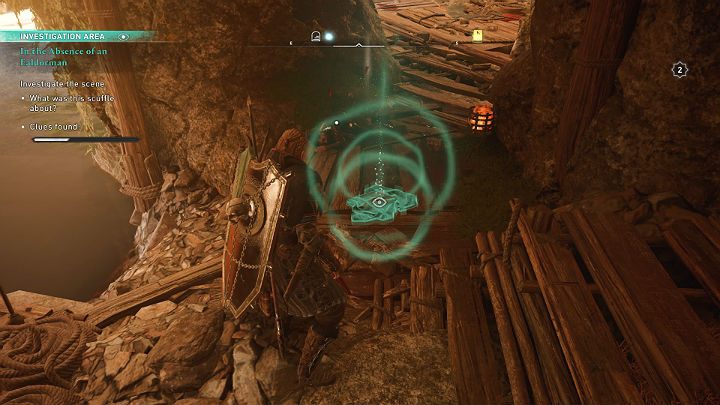 Examine a decorative coat with a swan symbol, an ancestral symbol of Hundbeorth. This is a sign that the Ealadorman was passing through here. 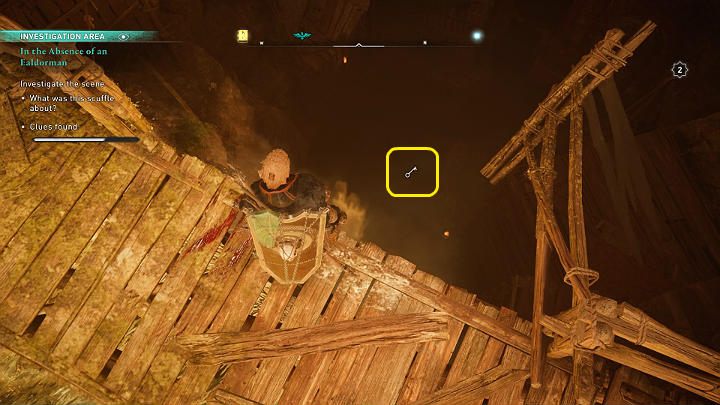 The last clue is behind closed doors. You will find the key in the water, on the lowest level. The fastest way is to jump into the water from a bridge over a waterfall. 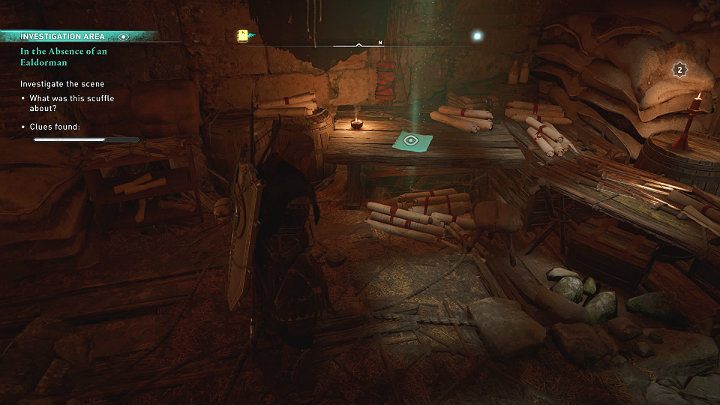 Climb upstairs again and open the door. In the room, you will find a letter with information that some Saxon was looking for a safe passage through the sewers to Bolingbroke. The letter was signed by a man named Lucian.

Find and speak to Ealdorman Hundbeorth 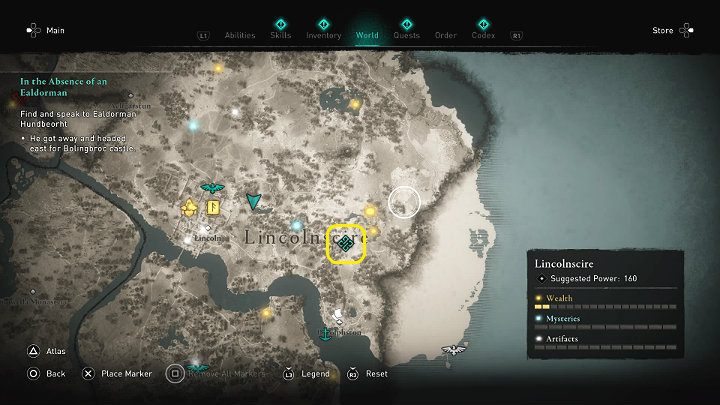 Bolingbroke Castle is a real fortress, and there are many guards based around it. You can either eliminate all soldiers or just sneak into the main fortress. 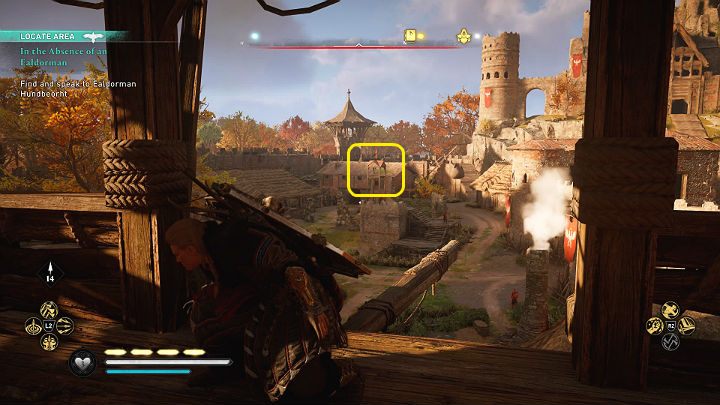 If you want to fight alone, you should knock off the alert bell so soldiers won't alarm the camp when the presence of Eivor is discovered. 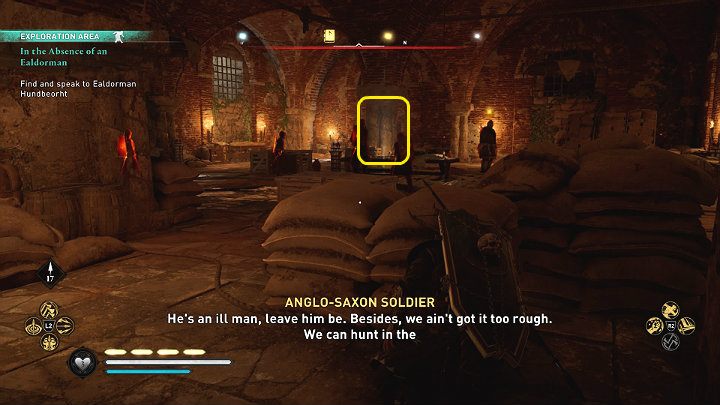 Once you enter the main fortress you will have to get rid of many of the guards, among them several elite leaders, or just sneak towards the door at the end of the hall and descend underground. 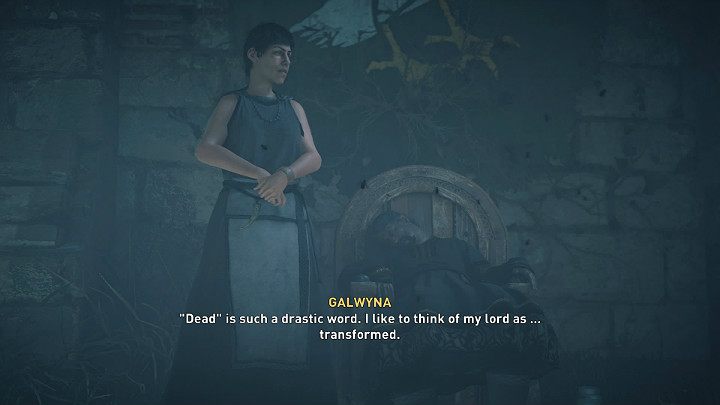 In the chamber underground, you will find Galwina and Hundbeortha. The man has been dead for a long time, but apparently, the woman is still serving him. Ordered by the soldiers, she was supposed to stay with the Ealdorman and not to reveal his death until the time comes.

Eivor must find some evidence that he will pass on to Hunwald with the news of his father's death. It is time to look around the chamber. In the chest with muddy clothes, you'll find a brooch with the coat of arms of the family of the fearless swan. 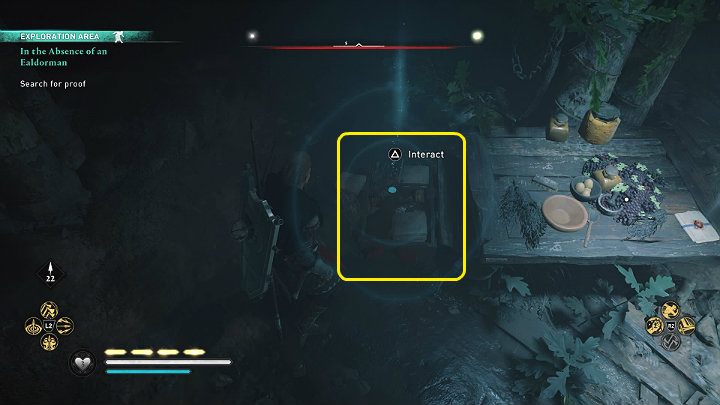 Return the brooch to Hunwald. 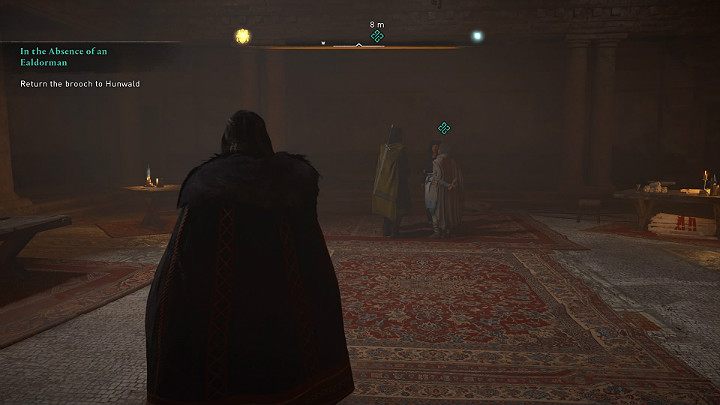 Return to Lincoln and give Hunwald a brooch as a souvenir of his deceased father. Herefrith will be in the room as well. When you ask him whether Hunwald will inherit the title from his father, he'll deny it. His case will have to be submitted to the County Council, and the decision will have to be confirmed by King Ceolwulf. After the cutscene, the mission will end and you will receive 5 100 XP as a reward.