On this page of the Assassin's Creed Valhalla game guide you will find a detailed description of the Homecoming mission.

Eivor agrees to help Hunwald return to his hometown Lincoln. The boy hopes that he will manage to save his father from his enemies. 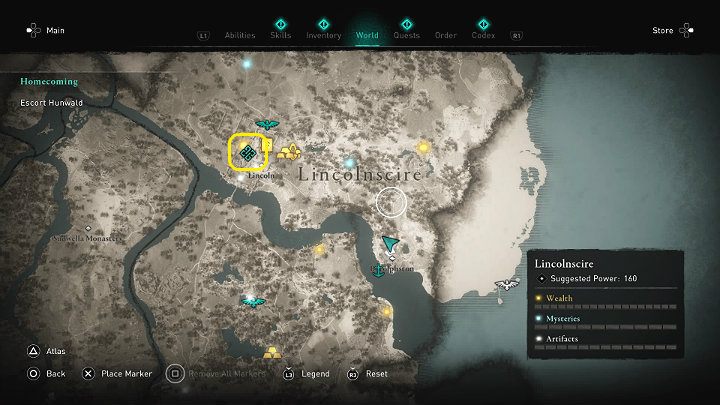 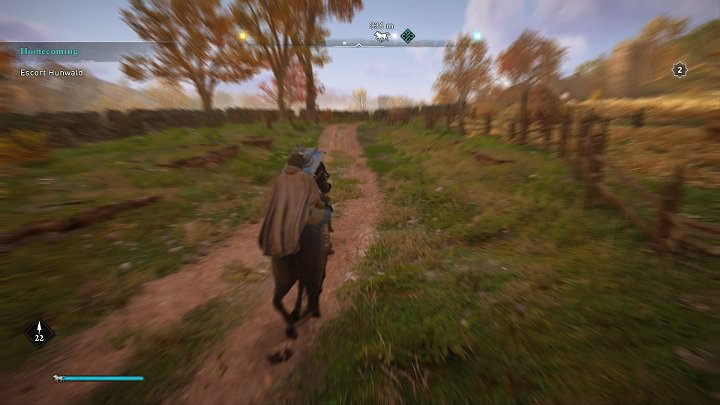 Since Hunwald has become a primary target for all Anglo-Saxon soldiers in the Lincolnshire area you have to escort the boy home. Get on your horse and go to a designated point - the town of Lincoln. 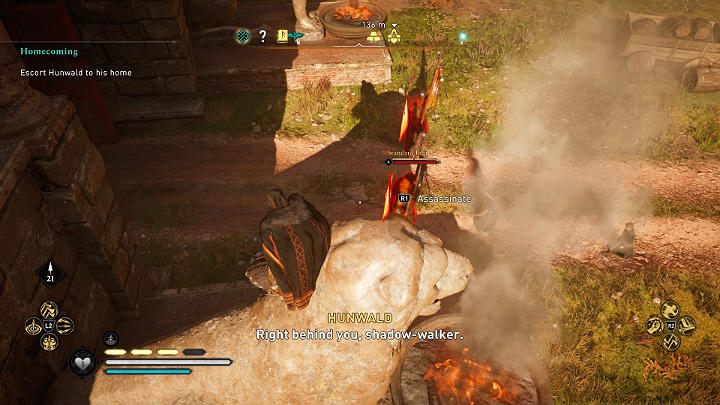 All the guards based in Lincoln will be hostile to you and will chase you all the way to Hunwald's home. You can eliminate them one by one or lure them all into one place and fight a larger group of opponents at the same time. You can also try to go around them and enter the city behind their backs. You will remain unnoticed if you jump over the statue of the lion. 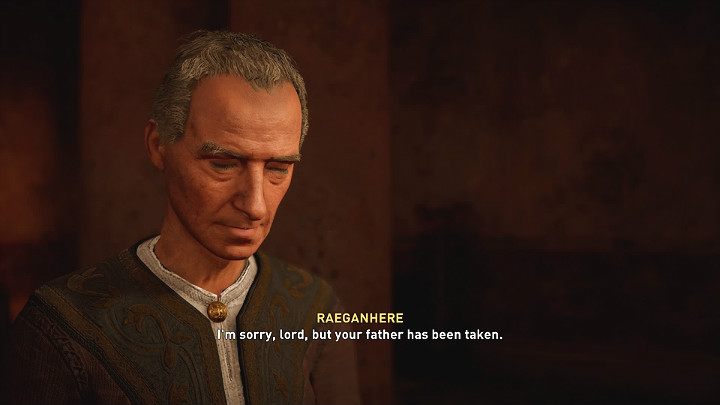 After entering the house, you activate the cutscene. From a conversation with Raeganher, you will learn that Hunwald's father was taken away a few weeks ago by a group of people dressed in habits. They were also accompanied by Galwyna - a medic who took care of the ealdorman's health.

If you are not able to complete this stage and activate the cutscene, it is possible that there is still a soldier nearby who sits on your tail. When you eliminate the target the mission should move forward.

Escort Hunwald to the town hall

In the absence of the lord, Bishop Herefrith took the power over. Eivor and Hunwald go to the town hall to speak with him. 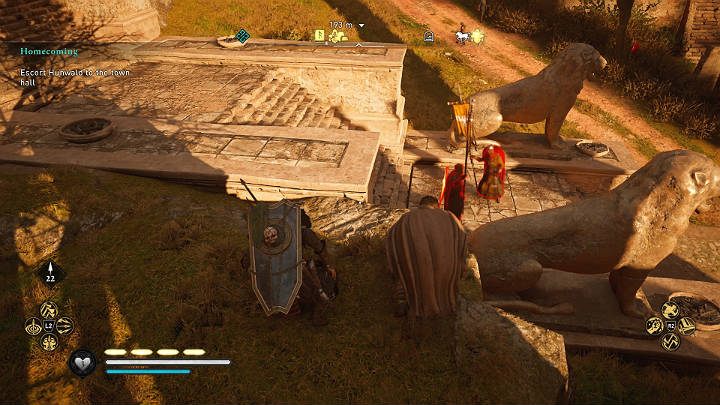 There are two ways to access the town hall: fight your way in killing all the guards, so they don't interfere, or quietly sneak through the town streets. 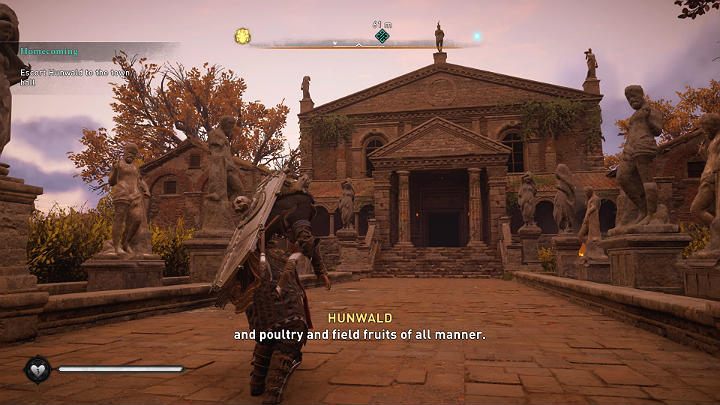 Use side paths to reach the town hall, when you are in the vicinity, jump on the roof, and jump right in front of the door to avoid the attention of the elite guards standing in front of the main entrance. 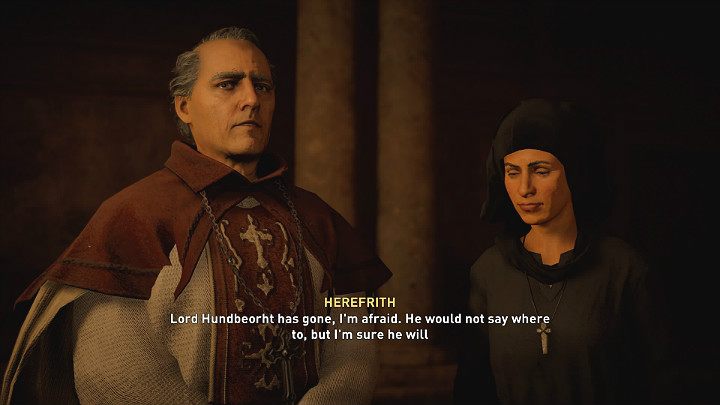 Herefrith won't be content with Hunwald's return and will say that Hundbeorth has left and did not say where. On top of that, the bishop accuses the boy of insincere intentions towards his father. After the conversation, the mission will end and you will receive 3 400 XP as a reward.