On this page of the Assassin's Creed Valhalla game guide, you will find a detailed walkthrough description of the mission A Noble Escort.

A Saxon named Hunwald came to the settlement of Ravensthorpe to discuss a matter of great importance. Eivor agrees to help the young man in exchange for an alliance with Lincolnscire. 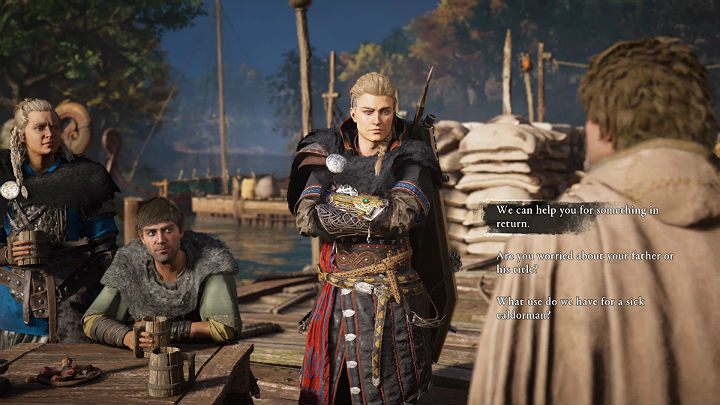 Hunwald is the son of Lord Hundbeorth, the current ealdorman of Lincolnscire. He just happens to be currently in Ravensthorpe and you can meet him in the harbor. From the conversation you will find out that his father is sick and speaks feverishly about the Ancient Order. Soldiers of Mercia had banished Hunwald from his own home and the young man wants to know why. He asks for support to return home to help his father and offers the Lincolnscire alliance in return.

Find and speak to Hunwald 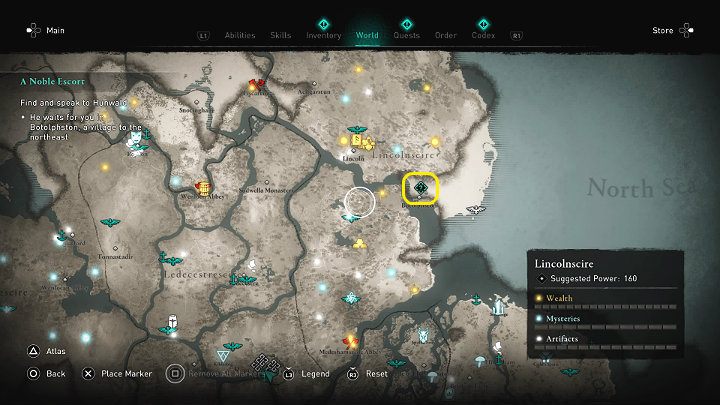 Hunwald is waiting for you in Botolphston, a settlement located to the northeast of Ravensthorpe. The fastest way to get there is by sea. 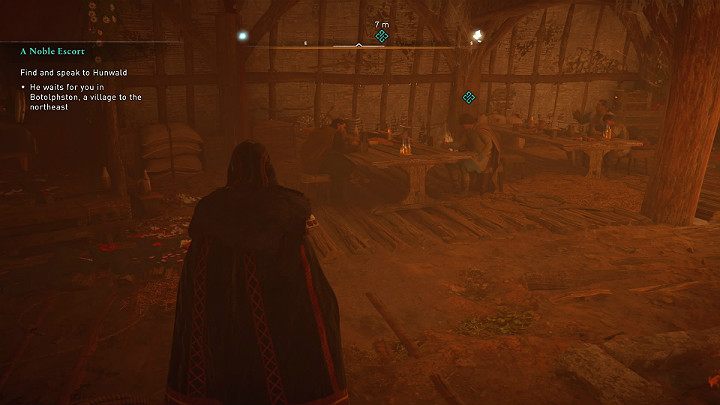 The boy is staying in the feast house in the company of Aelfgar, one of Lincolnscire's thanes. The man has already been familiarized with the case and intends to help in freeing the county from enemy's hands. 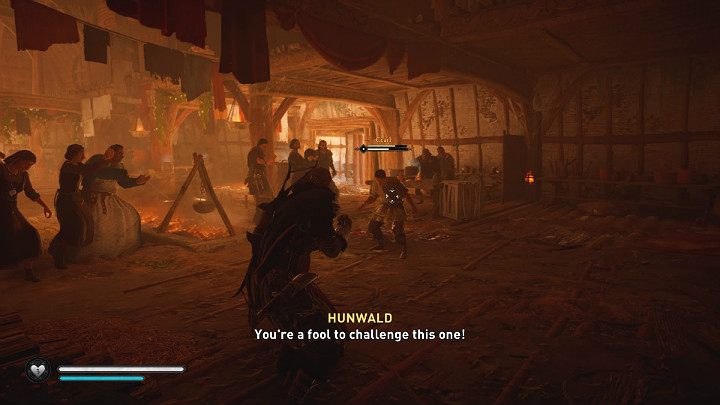 A local thug will get involved in the conversation. If you don't want to fight, you can talk him out of it (if you have a third level of charisma), buy the chap a beer, or fight - the choice is yours. If you want to fight, know that you will have just a single opponent, Cearl.

If you have decided to fight, you will not find out from Aelfgar that there is a reward for Hunwald's head. If you have chosen a peaceful solution, Hunwald will reveal it to you as soon as he goes to relieve himself.

Find and regroup with Hunwald 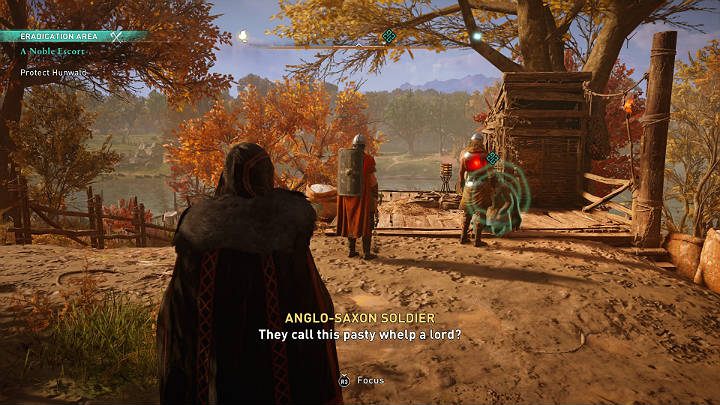 Hunwald was attacked by soldiers outside the tavern and needs help. Finish off your opponents, there four of them. After the fight, talk to Hunwald to complete the mission. As a reward, you will receive 3,400 XP.